As the year is coming to a close, discussions about the future of the crypto industry, and especially how financial and technological trends will affect the adoption of cryptocurrencies, have become increasingly compelling.

Despite constant criticism in the crypto space, the number of industry experts and crypto enthusiasts who are optimistic about the future of cryptocurrencies has been rising. Institutional investors are now paying more attention to projects and products related to cryptocurrencies, and some universities have even started courses on cryptocurrencies and blockchain technology.

Nowadays, discussions about how emerging technologies such as artificial intelligence and the Internet of Things will affect the field of encryption continue to emerge, and some new applications are beginning to emerge. In addition, the global trend towards a cashless society will have a real impact on how people view privacy and freedom. Can cryptocurrencies provide effective solutions in 2020?

1. Applications of artificial intelligence and IoT continue to increase

Regardless of the industry, experts are arrogantly claiming that artificial intelligence will be the next big event in the industry. Ubiquitous data sets, coupled with machine learning and high-performance scalable computing, are really pushing the world into the era of artificial intelligence. Many even consider this technology to be an inevitable sign of the forthcoming fourth industrial revolution.

The good news is that there are a variety of applications that can integrate artificial intelligence in the crypto industry, which makes cryptocurrencies more attractive to the mainstream public. For example, artificial intelligence technology can be used to effectively optimize energy consumption during the mining process. To a large extent, the energy consumed by Bitcoin mining has always been a concern, but certain projects can reduce energy costs. This improves the profitability of miners, which reduces transaction costs.

Once implemented, artificial intelligence can potentially calculate the performance probabilities of specific nodes and propose methods that can be used to achieve faster, lower-cost transactions on the blockchain. In addition, when combined with the Internet of Things technology, different nodes will be able to communicate autonomously, thereby achieving an increase in efficiency in terms of the consensus protocol of the blockchain.

Artificial intelligence, the Internet of Things, and blockchain can be used to fully automate electronic devices so that these devices can use cryptocurrencies to conduct transactions with each other through program settings instead of using credit cards.

On this issue, Cointelegraph interviewed Dominik Shiener, the founder of the IoT cryptocurrency project Iota. Schenna said he believes that the ultimate technological goal should be autonomy:

"The ultimate vision of all these technological advances is to move from automation to autonomy and turn machines into autonomous economic entities. By simply giving a machine a wallet and a way to verify, receive and send payments, we are creating a whole new Machine economy, in which machines can provide services and data to each other. "

Xena also added that by combining IoT, artificial intelligence and distributed ledger technologies, new breakthrough applications are likely to emerge, so "we will move from a centralized network with a single point of failure today to 'intelligent' "Decentralization" (Smart Decentralization) transformation, our network will be decentralized, resilient, secure and intelligent. "

2. Increased interest from institutional investors in the crypto space

Another trend that could make cryptocurrencies mainstream in 2020 is increasing institutional investor interest in crypto-related projects.

A survey by Fidelity investment showed that 47% of 441 US institutional investors "considered digital assets as an innovative technology product."

Another study conducted by Global Custodian and BitGo in the fourth quarter of 2018 showed that 94% of financial endowment funds have been investing in crypto-related projects.

The report further shows that only 7% of endowment funds "are expected to reduce funding in the next 12 months", while the remaining funds are optimistic about increasing funding. What is most attractive is that despite the heavy regulatory pressures and volatility that the cryptocurrency industry has been facing, these institutional investors and endowment fund managers have shown few signs of exit.

As crypto asset funds need to show sufficient capital liquidity and discount power, increased interest from financial endowment funds is a clear indicator of the growth of the crypto industry. For example, the University of Michigan plans to increase its holdings of crypto funds managed by Andreessen Horowitz (a16z) this year.

Top world universities such as Harvard and Yale have also shown great interest in cryptocurrencies. In 2019, two pension plans from Harvard University and Virginia purchased about 95.8 million tokens from Blockstack, a digital copyright protection platform, at the time worth about $ 11.5 million. In addition, Blockstack's token sale is the first token sale authorized by the SEC, which has very important historical significance.

3. Increased use of microchips and cashless systems worldwide

Globally, the process of a cashless society is accelerating. From Africa to Europe to Asia to the Americas, many countries are replacing paper money with electronic money or credit cards because these currencies are very easy to use.

In places such as Sweden, the transition to a cashless society has been very effective, with cash in circulation accounting for only 1% of the country's GDP. In addition, Swedish legislation has made it possible for various retailers to move away from cash payments altogether.

To keep up with these changes, the Swedish central bank plans to issue a digital version of the Swedish fiat currency called "e-krona". Coupled with the growing popularity of microchip technology in Sweden, experts predict that in the next few years, Sweden may become the world's first completely cashless country, which will bring several advantages.

Swedes using microchip implants for cashless payments have reported that they can buy train tickets, eat at restaurants, and even open the doors of their offices without having to pull out a wallet, cell phone or key. However, the cost of this convenience is a threat to the monitoring and security of personal information.

Although electronic payment methods bring convenience, it records detailed information about users 'purchases, locations, and time, so these data may be sold or used for marketing by users' payment providers, retailers, and payment processors.

In China, ubiquitous digital payment has become an indispensable payment method for people, so that China's social credit system is established based on this. So far, China's cash payment ratio has fallen from 96% in 2012 to 15% in 2019.

As countries further embrace cashless payments, people will gradually lose the ability to conduct value transactions without the participation of third parties or government entities. A cashless society may allow the government to better protect people from crime, but at the cost of destroying the data privacy and autonomy of every citizen. On this topic, Cointelegraph interviewed Ray Wang, founder, chairman and analyst of Constellation Research, saying:

"This is the paradox. Companies that compete to win our trust and manage our digital identity all seem to have complementary (or relative) business models that undermine this trust by selling our data."

Cryptocurrencies like Bitcoin can provide a hedge for cashless flows, allowing people to conduct value transactions without third party or government involvement. Although bitcoin payment is not as private as cash payment for user data, due to the use of blockchain technology, bitcoin payment has become a decentralized payment method that does not require the participation of third parties. similar. Therefore, as society goes cashless, the demand for alternative payment methods provided by Bitcoin and other cryptocurrencies will grow.

In addition, as the global economic uncertainty increases, fiat currencies will also be affected by government policies, and cryptocurrencies will provide a tool for hedging negative interest rates.

Although global trends may highlight some of the upcoming major changes, the future is still highly unpredictable, and no one can say what will happen in 2020 and beyond.

The rise of major Industry 4.0 technologies such as artificial intelligence, the Internet of Things, and blockchain can quickly change the scale of energy and move in a direction previously unexpected. Although people are becoming more and more interested in blockchain technology, and this is also a signal that predicts what will happen in the future, we still need to consider many other before we can reach the final answer whether cryptocurrencies will become mainstream factor.

We sincerely hope that with the increasing flow of institutional capital and the impact of the above trends, the mainstream public will witness the legalization of this industry. 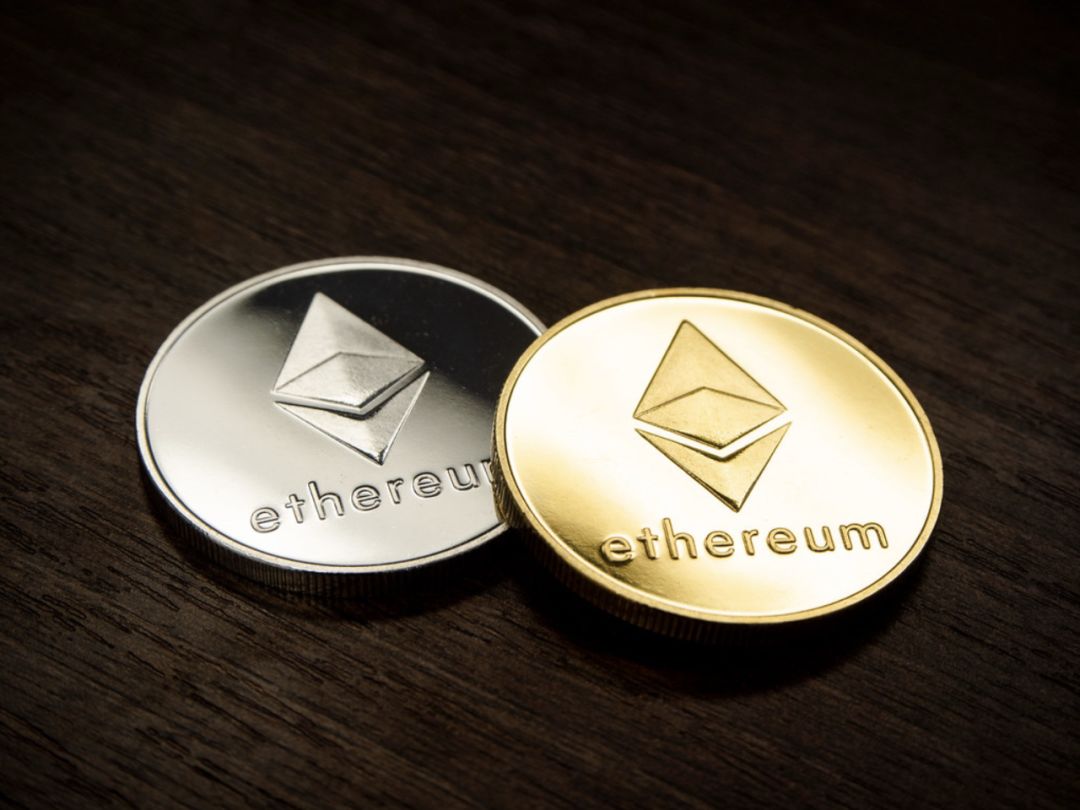 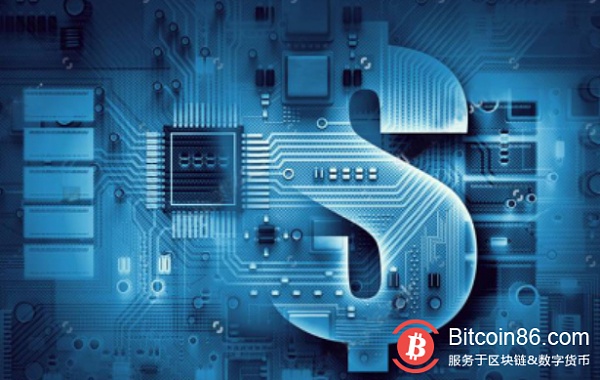