Editor's Note: The editor has made cuts to this article that do not change the author's original intention.

Recently, the seller page of the e-commerce platform Taobao has added a secondary category of "blockchain technology products". Some consumers have found that the digital currency hardware wallet purchase page is currently visible on Taobao.

This change in Taobao has also attracted the attention of the currency circle, and some people regard this as a "big change" in the attitude of e-commerce platforms to digital currencies.

At the same time, Taobao still does not support the search of any "currency-related" keywords. In fact, the e-commerce platform's "prohibition of selling coins" principle has continued since its entry into force in 2014, as do e-commerce platforms such as Xianyu and Jingdong.

Although e-commerce giants such as Taobao and Jingdong have always been cautious about the "currency-related" business, they have embraced blockchain technology. This year's "Double Eleven", the blockchain traceability technology has become the standard for all home appliances companies .

After searching keywords such as "hardware wallet" and "bit wallet" on Taobao.com, a hardware wallet purchase page soon appeared, with prices ranging from hundreds to thousands of dollars. Digital currencies that can be stored include Bitcoin, For Litecoin, Ethereum, EOS, etc., most of the store opening times of sellers' stores are before this year.

Hive Finance consulted a Taobao merchant named "Blockchain Cold Wallet" as a buyer. The other party stated that "hardware wallets can always be sold on Taobao." The store's registration time is shown in October 2007.

However, Hive Finance found on Taobao that the "Blockchain Technology Products" category is currently only open to sellers, and the above categories have not yet been added to the buyer's page.

Alibaba relevant person then confirmed the above information to the outside world, "The" Blockchain Technology Product "category on Taobao was launched six months ago, and this category was added mainly for ease of management. In the currency circle, many people interpret this as a "big change" in the attitude of e-commerce platform giants to the sales of blockchain, digital assets and their derivatives. Hive Finance landed on Taobao's official website and found that its degree of openness was not as lenient as the outside world thought.

If you search using "Bitcoin Wallet" and "Litecoin Wallet" as keywords, a sorry prompt box will pop up, "No treasure related to 'Bitcoin Wallet' was found." Hive Finance further search found that Taobao currently does not support the search of any currency-related keywords.

The same situation also found that on salted fish, as for Jingdong, which started with digital products, although it supports "Bitcoin Wallet" as a key word for searching, the feedback results are all blockchain books and there are no hardware products. in stock.

Some people in the e-commerce platform industry said that, in fact, Taobao, Xianyu.com and other e-commerce platforms have always had a red line for "currency-related" virtual goods. It is significantly different from invisible and intangible digital assets in terms of commodity attributes.

On Taobao, sellers selling digital currency hardware wallets now put such products in their categories, perhaps e-commerce's liberalization of digital currency related products, but they have always been cautious about digital assets themselves.

As early as April 17, 2018, the "Taobao Banned Merchandise Management Regulations" came into effect on a code of conduct for merchants to ban the sale of digital currencies.

At that time, in the "Taobao Banned Goods Management Regulations", the original "Internet virtual currency such as Bitcoin and Litecoin and related products" was changed to "digital products and derivative services such as virtual currency generated based on blockchain technology." This means that the scope of the ban is broadened and clearer.

Taobao has explained the reasons for strengthening the ban, "This type of digital currency and similar digital products are extremely prone to user speculation and risk of illegal financing and fundraising. No institution shall provide them with services such as trading, exchange, pricing, intermediary, and payment."

In addition, Taobao keeps pace with the times and has added two additional situations in the specific situation of bans: "Commodities with the same technical nature and generation mechanism as digital currencies, such as digital pets generated based on blockchain technology; ICO (first time Token issuance) and derivative services for digital currencies, such as technology development, business planning, intermediary, marketing, agency, etc. "

Many early Bitcoin investors still remember that before the Central Bank and other departments issued the "Notice on Preventing Bitcoin Risk" in 2013, users could also buy Bitcoin on Taobao. "At that time, the popularity of Bitcoin in China was far less than today. In addition to buying coins, some merchants also provide derivative services such as Bitcoin purchasing and online brain wallet tutorials. "

Godfish, the founder of the Bitcoin mining pool F2Pool, has so far kept his record of selling coins on Taobao.

"Flipping through Taobao, selling Litecoin LTC within 1 yuan, and selling Bitcoin in units of kbtc within 100 yuan."

Even at the current price of 50,000 yuan in Bitcoin, the operation of Shenyu is very regrettable.

In December 2013, the "Notice on Preventing Bitcoin Risks" clarified that Bitcoin is a specific virtual commodity, has no legal status equivalent to currency, and cannot and should not be used as currency in the market.

Later, according to the "Notice on Preventing Bitcoin Risks", Taobao added a "ban on the sale of Internet virtual currencies such as Bitcoin and Litecoin" to the ban on regulations. On January 14, 2014, with the entry into force of the "Prohibited Goods Management Regulations" regulations, Bitcoin completely disappeared from Taobao.

Looking at it now, the embargo on digital currency is actually a principle that has continued in 2014, and it is becoming stricter and clearer with the technological changes of the blockchain.

Double Eleven blockchain “traces the source” into a trademark distribution

Although e-commerce giants such as Ali and JD.com have always been cautious about currency-related businesses, they have continued to deploy blockchain technology that supports the transmission of digital currency value.
Perhaps the best example is the Double Eleven Shopping Festival just past this year. The use of blockchain technology to trace the origin of goods on the platform has become the standard technology for E-commerce Double 11 this year.

Taobao and JD.com's traceability services are provided based on various blockchain platforms. They use their advantages in logistics, supply chain, e-commerce sales, and digital technology to complete anti-counterfeit verification of products. In the previous Double Eleven, it was normal for the major e-commerce sales to increase year by year. However, behind this data carnival, consumers always have a concern whether the purchased products are genuine and will not be recharged. These issues also plague e-commerce platforms.

Taobao combines Alibaba Cloud's Internet of Things, anti-counterfeiting tags and other technologies to propose a blockchain solution for product traceability. It builds multi-party confirmed and non-tamperable shared traceability information and full-process transaction history records, and supports consumers and regulatory authorities to check the truth And auditing. 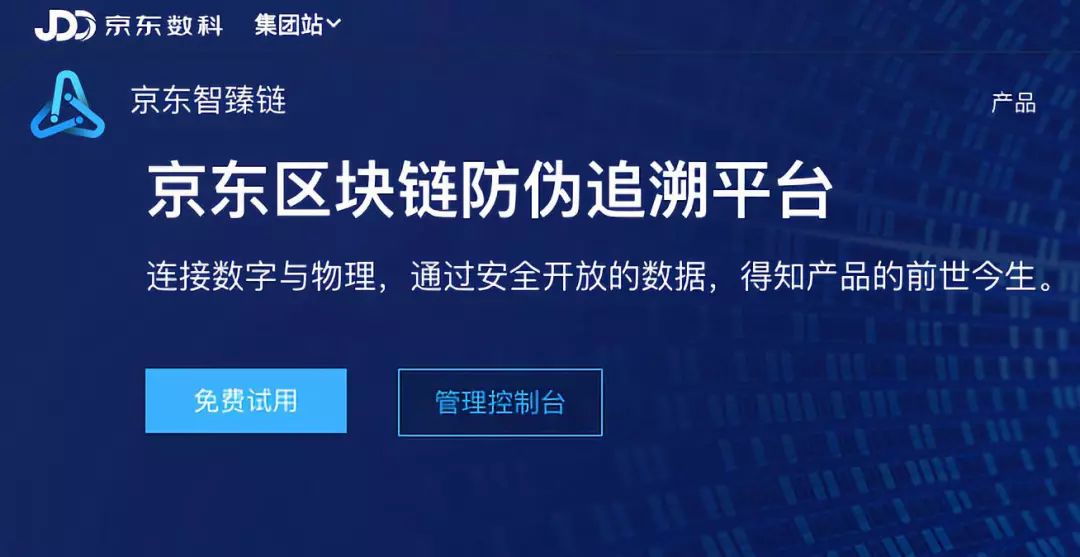 On December 19 this year, Ant Financial Chairman Jingxian Dong stated in a letter to all members that Alibaba started with a secured transaction mechanism 15 years ago to solve the problem of distrust between buyers and sellers on Taobao. Now it uses blockchain technology The new technologies included are solving trust problems,

"We believe that solving this problem with digital technology can greatly reduce the cost of trust in the business world."

On the one hand, it is cautious about the "currency-related" scene, and on the other hand, it is open to blockchain technology. These two attitudes are the principles and bottom line of the e-commerce giants, and their road to blockchain has become clearer.

Have you bought "coins" on Taobao? Advisor to the Minister of Economic Affairs of Russia: The digital economy is a perfection of a traditional economy, not a change