In the previous three IPOs, Jia Nan Yunzhi, which was successfully listed on November 21 this year, has sold US $ 90 million in U.S. stocks. In the first 17 trading days, except for 4 trading days, the stocks have fallen.

The research firm TradeBlock also wrote in a December report that "the stock price of bitcoin miners is falling due to a challenging environment." Industry executives also said that large manufacturers of bitcoin mining computers are in a downturn. status.

And the pulse of the interchain found that behind this series of regulatory actions, it seems that China's disapproval of Bitcoin's currency attributes and the promotion of the development of consensus mechanism and the application of the application are implied.

Just on December 27, the Ganzi Tibetan Autonomous Prefecture of Sichuan Province held a "wide state bitcoin mine cleanup workshop", leaders of various government departments, leaders of local hydropower companies, and Bitmain's wholly-owned subsidiaries, including 10 enterprise leaders , Attended the meeting and expressed opinions on the cleanup of the Bitcoin mine.

Previously, on December 24, Ganzi Tibetan Autonomous Prefecture also disclosed in a notice that it would issue a "Work Plan for Ganzi Prefecture to Clean Up and Rectify the Bitcoin Mine."

On the same day, the Dantu District People ’s Court of Zhenjiang City opened a trial in accordance with the law in the case of the large-scale mining of Zhenjiang ’s “mining machine” for bitcoin mining. The principal offender was sentenced to a maximum of 13 years in prison. Continue to carry out special operations to combat power theft. Hebei Tangshan Police seized 6,890 bitcoin miners during the operation; according to blockchain media news, the Shenzhen Inter-Golden Rectification Office held a special rectification meeting for illegal activities of virtual currencies in the morning of December 18. At the meeting, Shenzhen "Mining Big Brother" Internet Online Information Technology Co., Ltd. was interviewed.

Since September this year, the five ministries and commissions of the Inner Mongolia Autonomous Region have issued a notice to clean up and rectify virtual currency mining. China's mining industry has been in the "supervision season", and in December, it encountered "four consecutive strikes". 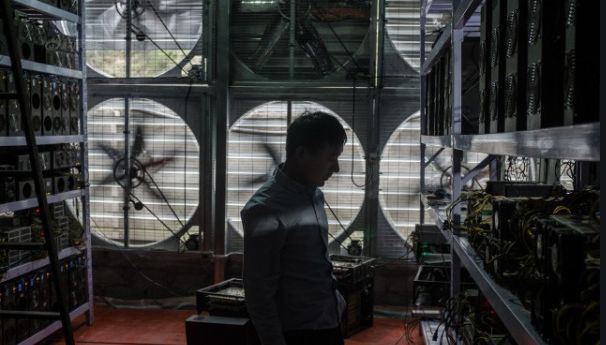 And this continued strong supervision will, to a certain extent, affect China's mining ecology and global Bitcoin computing power.

At present, not only are Bitcoin manufacturers such as Jianan Yunzhi in a doldrums, but the domestic mining machine trading market is also in a doldrums. At the end of October, there was good news in the blockchain field, but the Daily Economic News visited Huaqiangbei on the spot and later said that the positive has not brought much warmth to the sluggish mining machine market.

According to public data, China currently has more than half of the world's computing power. China accounts for 66% of global computing power, and Sichuan alone exceeds 50%. China's supervision of mining and the clearing of Bitcoin mines will inevitably lead to a decline in Bitcoin's computing power.

The Essence of Bitcoin Regulation in China: Denial of Bitcoin's Currency Attributes

Some in the industry believe that China should take control of Bitcoin.

However, the Chinese government does not seem to agree with this view. If we delve into the fundamental reasons for China's regulation of Bitcoin mining, we can know China's attitude towards Bitcoin. China does not think that Bitcoin has the functions of a means of circulation, payment, and storage of money, and naturally it does not want to grasp this "nothingness".

Mu Changchun, director of the Digital Currency Research Institute of the Central Bank, also said that the often-known private digital currencies such as Bitcoin and Ethereum are actually positioned as crypto assets and cannot be regarded as currency.

From the above description, it can be seen that China's central bank has not recognized the monetary attributes of Bitcoin and does not consider it to have payment value. In addition, China does not regard Bitcoin as a "digital gold" storage method.

The Financial Stability Analysis Group of the People's Bank of China mentioned in the "China Financial Stability Report 2014" that some people think that the emergence of Bitcoin is a great challenge to the current monetary system, and some even call it "the gold of the future." In terms of attributes, Bitcoin is not a currency in the true sense. First, Bitcoin has no national credit support, no legal compensation and compulsory, so the circulation range of Bitcoin is limited and unstable, and it is difficult to really play the role of circulation payment means. Second, there is an upper limit on the scale of Bitcoin, which makes it difficult to adapt to the needs of economic development. Third, bitcoin lacks a central regulatory mechanism and is easily overhyped, resulting in sharp price fluctuations and unable to become a currency of valuation and a means of circulation. Fourth, bitcoin is highly substitutable, and it is difficult to fix it as a general equivalent.

However, gold cannot be copied, modified or destroyed; its value is linked to physical supply, so the price is stable. However, due to its digital characteristics, Bitcoin cannot achieve the golden value attribute, and naturally cannot be regarded as "digital gold".

Therefore, China is not like North Korea. North Korea sees Bitcoin as "digital gold" for foreign exchange reasons. In 2017, many blockchain data institutions detected a phenomenon: Bitcoin node activity from North Korea suddenly increased exponentially, and the data reached hundreds of times a day from zero. Some Western media have speculated that North Korea may be using its power to carry out Bitcoin mining.

In 2018, the Chain Tower Think Tank has calculated that Bitcoin's current annual power consumption is 68.08 trillion watt hours, which is equivalent to 0.3% of the global total power consumption. The annual global mining revenue is nearly 7 billion US dollars, and the mining cost is nearly 3.4 billion US dollars. That is, the majority of Bitcoin mining revenue is spent on mining costs.

Almost all bitcoin mining is carried out by coal power plants with the impact of scheduled pollution. Mining power consumption will generate a lot of thorium carbon oxide, and the annual thorium carbon oxide emission exceeds 30,000, which will cause a certain burden on the environment.

The waste of resources brought by mining is one aspect. In recent years, China has illegally stole electricity, and cases of bitcoin mining have continued to emerge. Therefore, regulation of Bitcoin mining is imperative.

After regulation, cloud computing mining may become a future trend

Observe China's current definition of Bitcoin's nature and supervision of virtual currency mining. In the future, China's mining industry may not focus on POW. Generally speaking, under the POW mining mechanism, the amount of bitcoin obtained by miners depends on the effective workload contributed by mining. Therefore, the higher the computing power, the longer the mining time, and the more bitcoins are obtained.

However, mining under this mode often leads to waste of resources, and the POW consumes computation and slow block production speed, resulting in slow operation and difficult to effectively promote the development of landing applications.

Recall that the original Bitcoin mining was an era of "everyone can mine", but with the development of the industry, it is inevitable that it will be professional and large-scale. The form of cloud computing mining can lower the threshold of the mining industry and make the industry a field that everyone can participate in again. Therefore, this direction is in line with the future business development trend.

The trend towards cloud computing power also reflects the government's attitude in encouraging the application of the blockchain field. Currently, the POW mechanism takes a long period of time to reach consensus, so this mechanism is not suitable for commercial applications, and it is difficult to promote landing applications.

2020, Bitcoin mining is about to usher in the year of life and death

Institutional admission to the first portal! Bakkt will become a major driver of the cryptocurrency market