In December 2019, CoinShares Research, a research institution affiliated with digital asset management company CoinShares, released a report on the Bitcoin mining network. It shows that the entire Bitcoin mining industry is in good condition at the end of 2019, and the computing power has almost doubled in the past six months. A new generation of more powerful and efficient mining technologies has appeared on the market. Increasingly choose sustainable renewable energy.

The report states that, based on the average price of bitcoin this year, the expense ratio, and the frequency of block production, miners achieved a total of $ 5.4 billion in mining revenue in 2019.Although this number is slightly lower than 2018, it is lower than 2017 The total revenue of $ 3.4 billion in Bitcoin mining has increased significantly.

CoinShares Research pointed out that unlike the market period in the previous report, in the past six months, the Bitcoin mining market has not experienced large-scale structural changes and is relatively calm. Despite a large number of bankruptcies and capital transfers in the market from November 2018 to June 2019, "expansion" is still the overall tone of the industry development in the second half of 2019.

As the bitcoin mining industry establishes a positive momentum from the end of 2019 and enters 2020, we will see accelerated development of several factors that determine the crypto industry and bitcoin growth, such as increased computing power, the listing of new mining equipment, And the halving of the upcoming Bitcoin block reward.

According to a report from CoinShares Research, the bitcoin mining computing power in the second half of 2019 has “substantially improved”, from 50 exahashes per second (EH / s) to 90 EH / s, and once reached a peak of 100 EH / s, almost doubling Some time. The report analyzes that this growth is due to the launch of a new generation of more powerful and efficient mining equipment, and meanwhile, the average price of bitcoin has also increased relatively strongly.

In fact, just after the release of the CoinShares Research report, Bitcoin's hashrate is still growing. According to Bitinfochart data, Bitcoin's entire network computing power reached 111.86 EH / s on December 22, a record high. In the latest "What's Halvening" podcast show, Chris Bendiksen, director of research at Coinshares, analyzed why the computing power of Bitcoin is growing. He believes that this is mainly driven by the Chinese market. It accounts for 65% of the global Bitcoin mining hashrate.

"As Bitcoin miners replace older mining equipment with newer and more efficient miners, the hashrate of Bitcoin's entire network will continue to climb in 2020."

Will China continue to dominate the Bitcoin mining market in 2020?

As we mentioned earlier, CoinShares states in its report:

"More than 65% of Bitcoin's hashrate comes from China, which is also the highest level since the beginning of 2017.

However, according to Samson Mow, although China's "dominance" in bitcoin computing power is worthy of attention, it is not a big problem, he explained:

"I will not worry about China's dominance in the bitcoin mining industry. The main advantages of China's cryptocurrency mining industry are faster construction time and lower initial capital expenditure, plus the miners' distance from the assembly of ASIC mining machines. The close location also promotes the development of the local mining industry … Now, Blockstream has established a Bitcoin mining infrastructure in North America with its own mining operations and other related businesses, so the advantage of capital expenditure is not so important And we have additional advantages like low electricity bills. "

CoinShares Research noted in its report that there has also been a "major shift" in China's mining policy. In April 2019, the National Development and Reform Commission issued the "Industrial Structure Adjustment Guidance Catalogue (2019 Edition, Consultation Draft)", which listed virtual currency "mining" activities as obsolete industries. However, in the "Industrial Structure Adjustment Guidance Catalogue (2019 Edition)" released by the Chinese government website in November, the "virtual currency mining" in the eliminated industry was deleted.

Samson Mow emphasized that there is no need to worry about China expanding its dominance in the Bitcoin mining industry in 2020:

How will the halving of Bitcoin block rewards in 2020 affect the mining industry?

Regarding this question, Planet Jun (WeChat: o-daily) like everyone hopes to find the answer. But here, let's take a look at how some insiders in the Bitcoin mining industry think about the halving of the upcoming Bitcoin block rewards (expected to appear in May 2020) will affect the mining industry.

Andrew Kiguel, CEO of Hut 8 Mining, stated that halving the Bitcoin blockchain reward will be one of the most influential factors in the mining industry in 2020:

"All Bitcoin miners should be prepared for the upcoming Bitcoin block reward halving. As the block reward decreases from 12.5 BTC to 6.25 BTC, miners with lower mining efficiency will be forced to re-evaluate their Business operations. "

Regarding Bitcoin miners, CoinShares stated in its report:

"In the spring of 2020, the Bitcoin block revenue will be halved. As a result, the old mining equipment widely used on the Internet today, such as the Bitmain ant mining machine S9, may be nearing the end of its useful life. Unless Bitcoin prices rise sharply , Or mining operators can get about 1 cent per kilowatt or less of electricity costs, otherwise halving the Bitcoin block reward will have a great impact on miners. "

Coinshares research director Chris Bendiksen also expressed the same view in the latest issue of "What's Halvening" podcast show. He believes that Bitcoin mining computing power will be affected by halving the block reward and claims:

"The halving of the upcoming Bitcoin block incentive will reduce the daily supply of Bitcoin from 1800 to 900, but now that people's overall understanding of Bitcoin has improved a lot, and cryptocurrency exchanges and trading platforms have also Much more mature than four years ago, so I expect prices to still rise-even if it's not during the time when block incentives are halved, it will increase in the coming months. "

It is undeniable that the halving of the Bitcoin block incentive will affect all aspects of the mining industry in 2020, especially some major indicators, such as mining machines, computing power, and prices, but the extent of the impact will be unknown.

"After the Bitcoin block reward is halved in 2020, will Bitcoin's hashrate be greatly reduced? I think there will be a certain decline, because some miners using old mining machines may not be able to make money. So, the price of Bitcoin will Does the block reward increase because it is halved? Or at least it is maintained at the current price? For this problem, I think that the price of Bitcoin will rise, but it may not be as high as some people expected, and it may be at most higher than the current price. Levels are 50% to 100% higher. "

Obviously, starting from 2020, the halving of Bitcoin block incentives and its expected impact will be the most concerned issue for every Bitcoin miner.

"In order to maintain the mining economy before and after the halving of Bitcoin block incentives, the price of bitcoin needs to be significantly increased, otherwise as the cost rises, many miners choose to unplug the power of the mining machine, resulting in a sharp decline in network computing power. Based on With Bitfarms' low-cost structure, as well as price-competitive power resources and next-generation mining machines, we can better withstand any short-term fluctuations in the mining economy. "

Will Bitcoin mining technology continue to develop in 2020?

Coinshares research director Chris Bendiksen pointed out in the latest "What's Halvening" podcast show that with cryptocurrency mining companies and miners like Canaan and MicroBT have Bitmain Competition is becoming increasingly fierce, and mining technology is developing at an unprecedented rate.

In addition, as Jianan Yunzhi has successfully listed in the United States and Bitmain is also applying for an IPO in the United States, the bitcoin mining hardware market in 2020 will also become more "decentralized". In a report from CoinShares Research, some of the major market players in the mining machine manufacturing industry in 2019 are listed.They are:

Bitmain and its Antminer 15 and 17 series;

BitWei and its Whatsminer 10 and 20 mining machine series;

Bitfury, the mining machine series of its latest Clarke chipset;

Innosilicon and its T3 miner;

Ebang and its E10 miner.

CoinShares Research stated in the report:

"The unit power of these latest miners is five times that of their predecessors, which means that even if they are based on units instead of volume, the new generation of miners outperform existing miners on the market. Some are on the market Manufacturers who sold the previous generation of mining machines have now begun preparing new mining machines for mass production, such as Bitmain and Bitwei. "

It's no surprise that Bitfarms CEO Wes Fulford has recognized the importance of using the latest and most efficient miner technology in 2019, as it is only with the support of these new technologies that Bitfarms will be able to increase its production capacity in 2020. Wes Fulford added:

Plouton Mining is a Bitcoin mining company using groundbreaking solar technology. It is now operating in the Mojave area of ​​California. The company is also very concerned about mining technology issues in 2020. Ramak J. Sedigh, CEO of Plouton Mining, stated:

"In 2020, and in the years to come, we will continue to focus on running the most efficient mining hardware and equipment, and maintaining a very high energy consumption ratio, which is actually a key foundation for miners to maintain operating profitability."

But investment in new technologies depends of course on Bitcoin's continued profitability in 2020. As Ramak J. Sedigh said, his biggest concern is whether Bitcoin can continue to maintain a stable price in 2020:

"The success of any cryptocurrency mining, and even the success of the entire industry, actually depends on the stability of bitcoin. When the price is low, everyone's plan is to live, we need to keep the bitcoin price at A higher average level, so that traditional investors have confidence in Bitcoin and Bitcoin-related projects. On the other hand, my greater concern is that the Bitcoin market is subject to price manipulation because as the total market value reaches 1500 With billions of dollars, Bitcoin can easily be manipulated by the market through exchanges, which can easily lead to price fluctuations. "

CoinShares concluded in the report that looking forward to 2020, the bitcoin mining industry will not really make miners feel very at ease, because price fluctuations are still unknown. Although there are still many problems with halving the Bitcoin block reward, there are still many people in the community who are willing to take risks and are willing to invest billions of dollars in the Bitcoin mining industry.

"Almost all risk analysis will tell you that bitcoin mining is a high-risk industry, but based on the behavior of market participants, you will find that miners are still confident in bitcoin and its network."

This article is translated from https://bitcoinmagazine.com/articles/hashing-ahead-look-bitcoin-mining-2020. If reprinted, please indicate the source. 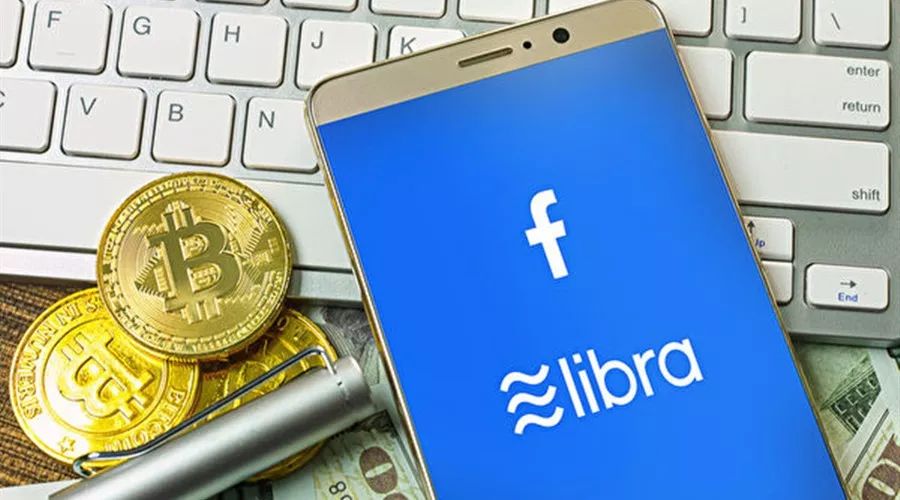 Libra and the central bank's digital currency are making rapid progress, is there a future for bitcoin payments? (with comparison table)