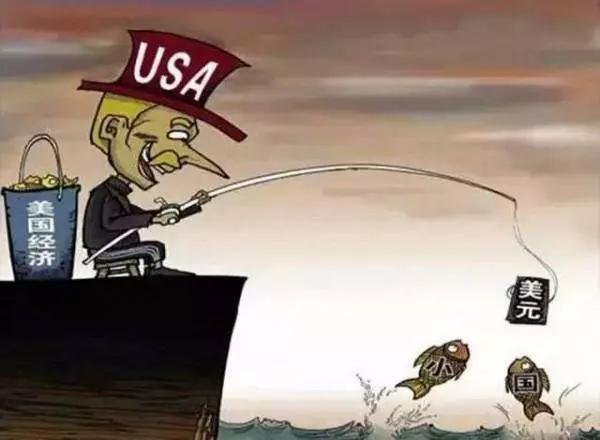 Since the 1920s, the performance of the US dollar in global capital markets seems to be as strong as ever.

As of December 31, although the Federal Reserve injected more than $ 2 trillion into the U.S. financial system, U.S. Treasury bonds have more than doubled to about $ 23 trillion, but an index measuring the value of the U.S. dollar in the past 10 It only rose 24% during the year.

According to the International Monetary Fund (IMF), the share of the US dollar in the central bank's foreign exchange reserves has remained at about 62% since January 1, 2010. The second-ranked euro has occupied central bank reserves in the past decade. The percentage fell from 26% to about 20%, and in the first decade of this century, some major economists touted the euro as a potential competitor to the dollar.

Sterling has dominated global financial markets for a century before the First World War, but the current share of the central bank's foreign exchange reserves is only 4.4%. With the United Kingdom's withdrawal from the European Union into a foregone conclusion, the uncertainty of the British pound gradually increases.

For China, despite decades of rapid economic growth, its currency has never exceeded 2% of the central bank's foreign exchange reserves.

It seems that the "heavy dollar, the flowing currency", the hegemony of the US dollar in the world economy is still difficult to shake.

However, when the wheel of the era entered the era of crypto tokens, the dominance of the US dollar has been threatened. The continuous growth of the new economy and the use of blockchain and cryptographic tokens seem to have inspired a large number of economists.

At present, more and more economists and world leaders say that the international monetary and financial system is unsustainable and unfair. American consumers have benefited disproportionately from the strength of the dollar because foreigners are actually subsidizing Americans' habit of importing more than exporting.

Although the US federal budget deficit exceeds $ 1 trillion per year, global demand for dollar-denominated assets helps keep interest rates on assets such as US Treasuries low. This dynamic is prompting governments, businesses, and households to take on more and more debt, which could be difficult to repay if borrowing costs suddenly soared.

For decades, the dollar has been predicted to die soon, but so far this prediction has not been fulfilled.

"It's like the shepherd shouting at the wolf," said Martin Baily, a senior research fellow in economics at the Brookings Institution. "Unfortunately, this time the wolf really came."

Mark Carney is a graduate of Oxford University in Economics and has served as Governor of the Bank of Canada and a senior official at Goldman Sachs.

Carney believes that the dominance of the US dollar not only leads to instability in emerging market countries, but also to a “global savings glut”, which artificially reduces interest rates. "In the past, ultra-low interest rates often coincided with high-risk events such as wars, financial crises, and the collapse of the monetary system." "If no one pays attention, these vulnerabilities can only increase."

At present, the best solution is to find a currency that replaces the US dollar, such as the "synthetic hegemonic currency" provided by the "central bank digital currency network".

I wish you all a happy New Year's Day, and in the new year, smooth and happy, and Harmony and reunion! As the Chinese New Year approaches, there is a need to withdraw funds from the market. USDT continues to maintain a negative premium on fiat currencies, and digital asset trading is relatively cold. Today BTC continued to fluctuate, fluctuating between 7175-7244USDT. From a long-term perspective, BTC generally remains within the range of 6500-7700USDT. At present, the short side has a slight advantage. The competition with multiple parties has been suppressed to 7200USDT, and the market heat and sentiment have diminished. Technical indicators show that the week-level double bottom pattern continues to consolidate, and the market outlook is gradually brewing. According to the MACD indicator, there is a high probability that after two weeks, a golden fork near the 0 axis will appear. Another optimistic indicator is that the weekly KDJ is repeatedly passivated in the low position, and the offensive power is being accumulated. In the long run, the BTC halving market is approaching. The recent turbulent market has provided investors with more suitable prices. At present, it is still a good time to invest in digital assets such as BTC. Long-term currency holders can consider fixed investment or bargain hunting.

Personal views are for reference only. The analysis in this article does not constitute a recommendation for buying and selling. Reprint is welcome, but the source must be indicated.

Vidy co-founder: Vidy's technology costs are much lower than Brave and have partnered with more than 50 web publishers