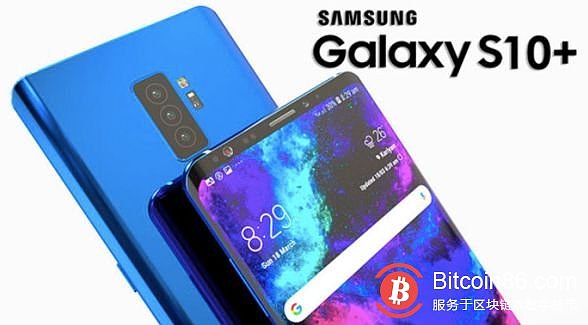 When the news came out, Samsung denied it, but this rumor finally became a reality in February this year. At the Samsung conference, in addition to the highly regarded "cut hole screen" and "super wide-angle lens" highlights, the encryption wallet function added to the Galaxy S10 series phone is more attractive. Although Samsung did not use the "encrypted wallet" description during the Galaxy S10.

However, in March of this year, Samsung officially released the cryptocurrency wallet, which is compatible with Ethereum (ETH) and Ethereum-based ERC20 tokens. In addition, S10 phones already support decentralized applications (Dapps), such as the encryption game platform Enjin, the beauty community Cosmee, the encryption collection platform CryptoKitties and the commercial payment service CoinDuck.

In January 2018, according to the news that a Korean employee, The Bell, quoted a Samsung employee, Samsung has begun to produce ASIC chips specifically for bitcoin and cryptocurrency mining.

In addition, it is reported that Samsung has provided necessary hardware to a Chinese mining equipment supplier since January 18, which means that Samsung mining chips entered China and officially entered the field of bitcoin mining.

More than a year has passed, Samsung's interest in blockchain hardware has not diminished, and now there are new news.

According to Coindesk's report to the French Capital News, Samsung has invested 2.6 million euros ($2.9 million) in encryption hardware wallet manufacturer Ledger. A Ledger spokesperson confirmed Samsung’s support for the startup but could not confirm further details. The representative of Samsung has not yet responded to the request for comment.

In this regard, some netizens said that this is paving the way for the currency?

Will not send unprepared coins

On February 27th, South Korean media Blockinpress reported that "Samsung Electronics is preparing to launch its own Samsung currency." In response, the two Samsung Electronics Ministers responded that there is a blockchain working group, but not the "Samsung Coin".

Today, in just two months, Samsung will send a message about the release of "Samsung Coin". What kind of ending will end this time?

Samsung said it has nothing to do with cryptocurrency, but launched a cryptocurrency wallet. This "wolf is coming" story has been staged once. If this time, if you deny it, how much persuasive?

Just as JP Morgan Chase has repeatedly publicly denied the currency, and finally staged the scent of the real incense, who can guarantee that Samsung is not the same routine? It is said that there is no wind and no waves.

In response to Samsung’s question of whether or not to issue coins, some netizens said that this kind of thing is not unfounded. Since some people say that Samsung is developing the blockchain main network, it shows that Samsung has deep involvement in blockchain and digital currency. In addition, in February of this year, Samsung just launched the blockchain mobile phone Galaxy S10, and in March released the cryptocurrency wallet, the action is very frequent. Coupled with the currency circle are all resolutely popular characters, "Samsung coins" may not be far from us.

Some netizens said that it is said that Samsung may launch "Samsung Coin". At present, it has not been fully confirmed, and it is mostly misunderstood or Oolong. Nowadays, the possibility of large companies issuing coins is very small, because the application of the blockchain is not mature enough, the model is also exploring, and legal supervision is also being explored. As a large company, the brand cost and regulatory cost of issuing money are high. Therefore, big companies do not do this kind of thing.

Although there is no currency now, Samsung will inevitably have other plans, at least not unprepared coins. (Hunting Cloud Finance)