2019 is the year of Libra's rise, an attempt led by Facebook to create a new type of digital currency and banking system. Libra has huge potential and great ambitions, and is a major event with far-reaching impact on the crypto circle in 2019. However, like most previous coin-issuing projects, Libra is destined to fail in its current form.

I strongly believe that the transformative power of technology can make it easier for underbanked people to save and build credit. Unfortunately, Libra's current form is not a solution because it provides an overly complex method that will make it very difficult to implement.

Facebook can create a global payment network that benefits users worldwide. With its experience of billions of users and extended systems, Facebook already has the infrastructure to create transformative payment systems. If you count all the partners who are Libra shareholders, it covers all areas of global payments and commerce and should be successful. 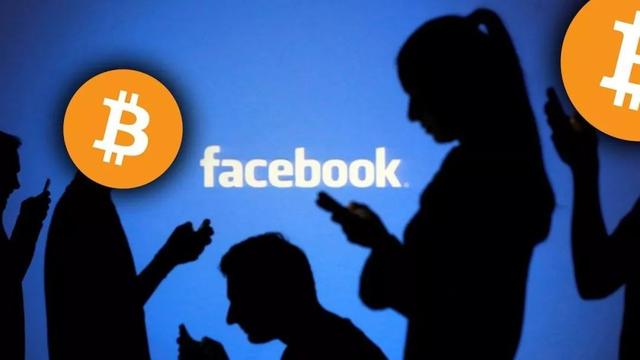 This opportunity exists because the current banking system is closed. Holding, remittance, and storage of funds require significant regulatory permits. The purpose of regulatory review is to ensure security, protect citizens from fraud, and prevent money laundering. However, these regulations often stifle competition and raise prices, leaving room for improvement throughout the system.

Usually, consumers cannot send wire transfers on weekends, and global payments can take days to settle between banks. The bank itself is developing a real-time commercial payment platform, but it doesn't exist yet. Banks can use Zelle for real-time peer-to-peer payments and it works well, but you need to be a bank to use it. PayPal has Venmo for individuals. The bank also owns a B2B RTP network through a real-time clearinghouse.

Consumers often cannot pay by wire transfer on weekends, and global payment clearing between banks can take several days. These banks themselves are also developing a real-time commercial payment platform, but they have not fully done so. The bank has Zelle for real-time point-to-point payments, and it works well, but you need a bank to use it. PayPal has Venmo for individuals. The bank also has a B2B RTP network that conducts transactions through real-time clearing houses.

It's still in its infancy, but it does exist, and the Fed is developing its own real-time payment network called Fed Now for 24/7/365 payments. It will come true eventually. This may make it difficult for startups to compete in the long term.

So what is Libra? Why is it doomed?

Libra created a digital token that represents a basket of assets and a payment system that makes remittances easier worldwide. According to the white paper, "Libra's mission is to build a simple global currency and financial infrastructure that empowers billions of people."

In a way, it is a Venmo running its own currency on the new real-time payment system, which will be open 24/7, while the current banking system is only part of 24/7. RTP related parts. Libra created a virtual payment network based on existing currencies. The virtual currency represents traditional assets such as the US dollar and can be transferred immediately, while the actual assets can be settled later.

Libra said it will receive an endorsement of a basket of assets, but it is unclear what assets Libra will own. The opacity of the composition of the assets may lead to disputes over jurisdiction between regulators. Every regulator Libra meets will begin an investigation. It is unclear whether it is currency, derivatives, securities, commodity pools, etc. Therefore, it is unclear which laws apply. Jurisdictions may diverge on this point as they already have differences in defining the various digital currencies in the country. It is easy for single nation states to argue over the issue of digital currencies, as there seems to be no international trade agreement in place to regulate such financial arrangements.

Even after Libra had established its legal jurisdiction, it was still difficult to create the required benefits for its stated use case. Libra's stated goal is to provide digital banking services to 1.7 billion people without a bank account. Provide a way for people in volatile markets to hold stable assets; and a cheap way to exchange currencies globally. But these benefits will be difficult to achieve.

In the Libra system, providing banking services to people who do not have a bank account will still require adequate due diligence and compliance with "Know Your Customer" (KYC) regulations to combat money laundering, which may lead to Libra registration Behavior is similar to dealing with any bank with similar challenges now. The on / off channels are different, but the regulations are similar.

The most expensive part of currency exchange is the "last mile". Libra cannot solve this problem without building its own network or working with existing retail and ATM networks. M-PESA is a mobile currency transfer system that cooperates with Western Union and other existing networks in East Africa. It is considered a top-level system specifically designed for people with insufficient credit in the bank, so users can more easily send and Receive currency. M-PESA has 28 million active customers and contributed to 50% growth in Kenya's GDP. M-PESA customers will now be able to send money to anyone in the 200 countries operated by Western Union. 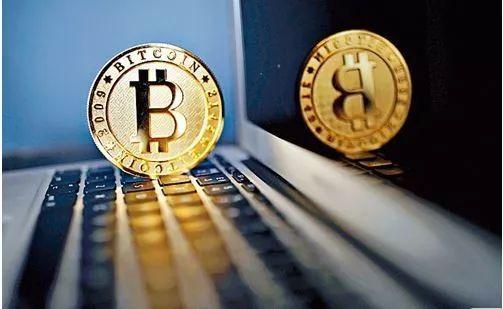 Libra can establish a similar partnership to withdraw cash or enable digital transfers by introducing its own competition and transfers at a lower cost. In some countries, replicating local withdrawal networks will face challenges. Cellular networks are key gatekeepers of mobile money in developing countries. It will be difficult to compete with carriers that most users trust. However, new products may trigger price wars that could help customers or Libras suffer losses to subsidize growth. This is equivalent to Western Union reducing costs to increase the value given back to customers. This could be a huge added value.

Libra can build similar partnerships to withdraw cash, or it can introduce digital transfers at a lower cost by introducing competition. In some countries, replicating local withdrawal networks will prove to be challenging. In developing countries, mobile phone networks are the key gatekeepers of mobile money. It will struggle to compete with existing carriers that have the most user trust.

However, a new product may lead to a price war and may help customers or Libra to bear the losses to subsidize growth. This is equivalent to Western Union reducing fees and creating more value for customers. This could be a huge added value. 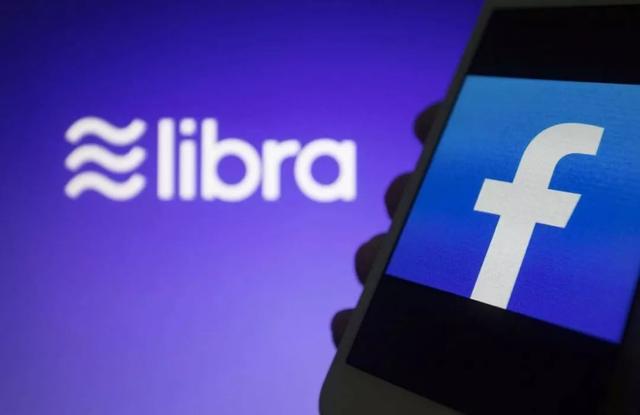 The actual cost of payment is lower, and the cost of large-scale currency exchange is lower, so lower-cost payments can be made. If Facebook can create an internally consistent payment and consumer ecosystem, it will reduce the cost of money going in and out. Beyond developing wallets, Libra's biggest opportunity is to partner with retailers and other companies to sell products to consumers based on their net worth and spending habits. It can be done with money from the network without having to worry about consumers re-converting to fiat currency.

Most countries with unstable currency values ​​have currency controls in place, and they also place currency controls on Libra. For example, the government may make it illegal to purchase or transfer more than the threshold set by the government every year for Libra, so converting it into local currency would constitute a crime. Chinese citizens can only transfer up to $ 50,000 a year abroad. China could easily pass a law saying that any financial asset or cryptocurrency would also fall under the rule.

Even if Libra came up with a way to get started and achieve its stated goals, it is likely to be overwhelmed by fraud. Libra does not have clear policies and procedures to prevent fraud, nor does it have a simple mechanism to resolve fraud disputes. In essence, it creates a wild west open to all. As a result, the lack of fraud control may cause a bad actor to immediately create an app to trick people into sending their Libra to scammers. Mobile banking users in Kenya sometimes put all their deposits in their phones and are often tricked into providing passwords. Libra has great hopes, but there are serious challenges to overcome. Many of these problems can be solved by learning an important lesson from Visa, the father of the payment network. Visa was originally an American credit card bank within Bank of America, an internal credit system. It then became a system licensed to other banks, eventually becoming an association of its members and a public company. This phased approach allows it to grow steadily and avoid unnecessary regulatory and political burdens before preparing to take over.

How to make Libra successful

First, Libra initially had only the US dollar or another single currency. This will enable Libra to launch within the current US banking regulatory framework. If launched inside the U.S. banking system, it will be respected everywhere except China. There are clear ways to build this system so that it passes all regulatory reviews. If incorporated into other assets, Libra itself will also bring a lot of potential regulatory conflicts, so even if it is approved by the regulators, it will be expensive and time consuming.

Second, the network should be centrally managed so that there is an anti-fraud system and a clear agency can communicate with it for regulatory review. In any case, Libra's proposal is centralized in nature and there is only one system that a database can run on.

Facebook has such a large network, so implementing a low-fee payment system would be a huge first step. They can invite others to join the station and eventually turn it into an alliance after the loopholes are cleared and after regulatory review. In fact, Facebook already has the infrastructure to make this happen-payments within Messenger. They already have an anti-fraud system and are tied to your Facebook ID.

Properly implemented, these steps will make it easier for Libra to start and avoid being stopped by regulators. The cost of these steps will be high. They will need to be almost completely centralized and continue on their existing businesses. But the benefits could be fast and fair global banking.

A friend of mine once said, "Give me an island before promising me to the world." A simpler, phased approach can help Libra thrive and achieve its goals.

The original text was written by Richie Hecker and compiled by the Bluemountain Labs team. The English copyright belongs to the original author. For reprinting in Chinese, please contact the compiler.

Chairman of Zhongke Jincai: The current stage of blockchain development is equivalent to the Internet of 1995