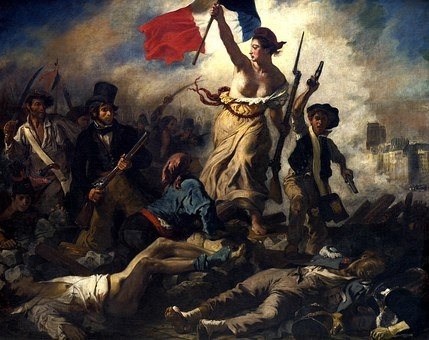 Wealth is the main source of war——Ancient Rome

On January 3, Trang spectrum ordered an air attack on Iraq. The second figure of Iran ’s “Holy City Brigade” commander, General Casim Suleimani, was killed, and Supreme Leader Khamenei ordered Iran to mourn for 3 days throughout the country and vow The "criminals" who killed Suleimani will face severe revenge.

The body of the killed general is returned to Iran: thousands of people flock to the streets to mourn anti-American slogans.

But in fact, the current rise is more the expectations of speculators, not the Iraqi people to promote the rise.

There are news online that Iraq ’s domestic Bitcoin is as high as 24,000 U.S. dollars, which looks terrible. The premium is so serious, why no one moves bricks?

Take a look at this picture to understand.

Inside is the price of Lira against Bitcoin, which indeed reached 24,000 in US dollars, but looking at the tradable limit, it is only a few BTC. This is already the largest peer-to-peer website in the world-maybe Iranian nationals are buying through other channels? But there are not many choices.

Objectively speaking, when the war is coming, assets with a hedging nature will rise. It used to be gold, and now Bitcoin is more and more included in the selection.

Because with the increase of Bitcoin market value and the increase of unit price, the market will become more and more stable-this is an important factor to become a safe-haven asset.

Five years ago, the price of bitcoin soared and plummeted, and we may think that not many people dare to use bitcoin as a safe-haven asset-such a big fluctuation, I am afraid that it is just out of the wolf pack and entering the tiger.

However, in fact, due to its easy to carry and trade nature, even in a period of great fluctuations, as long as it is someone who understands Bitcoin or has special needs, Bitcoin will be chosen over gold.

When the war is raging, you try to carry gold on the road?

With the change of the times, the O God who stayed in the past is not far from the ground. The house may slowly become less valuable like Ma Yun said, and his views on Bitcoin also seem superficial.

How strong is the risk aversion of Bitcoin? That depends on how chaotic the situation is.

I have said before that under a series of factors such as halving bitcoin, increasing mining power, and delisting of the S9 miner, the price of bitcoin can ignite the rocket.

Could the situation get worse? Will Bitcoin's hedging properties be further reflected?

"On the fifth step of (suspending the implementation of the Iranian nuclear agreement), a decision has been made … but considering As things stand, an important meeting tonight will make some changes.

What is a nuclear agreement?

There are 4 main contents:

(I) Non-nuclear States pledge not to develop, accept or seek nuclear weapons;

(I) Stop the nuclear arms race and promote nuclear disarmament;

❹ Place peaceful nuclear facilities under the international safeguards of the International Atomic Energy Agency and provide technical cooperation in the peaceful use of nuclear energy.

This agreement is important because it protects everyone's common interests.

There is only one earth. If everyone starts a nuclear bomb, the earth will be as fragile as a glass ball, and it will break when touched-that is a situation unacceptable to anyone.

Imagine that I was hiding in the bed with Xiaoli, Xiaohong and Xiaozhen studying the POS machine, and suddenly there was a loud noise (or maybe it didn't), and I collapsed (or maybe directly feathered Shengxian), that was really tragic .

The typical representative of the withdrawal that is currently known is North Korea, which joined in 1985, announced its intention to withdraw in 1993, but then withdrew. Withdrawal intention was announced in January 2003, and officially withdrawn on April 10, 2003.

From an American perspective, I hit you because I felt you might hit me in the future.

The Iranian perspective is that you ran into my house and hit someone, because I might hit someone? I can't stand it!

So this time the incident is hard to be good.

At present, the lives of the Iranian people have become difficult, and the living materials have started to rise sharply. There are actually two signals in it:

First, war has become urgent. Against the background of national preparations, rising supplies have become inevitable.

Second, the sharp rise in living materials will intensify the factors of instability. As a people in a war-torn country, rising prices would mean the devaluation of the national currency, and Bitcoin as a world currency-would be a better choice.

Regarding Iran's attitude, Trump warned that if Iran takes any further action, the United States will fight back.

And he also said that if Iraq asks US troops to withdraw, sanctions will be imposed on Iraq.

The translation is, if you dare to fight back, try it!

As a result of this, the price of gold jumped to $ 1,587, hitting a high since 2019 and setting a new high in nearly seven years. Relevant assets such as silver and crude oil also experienced significant price increases.

Bitcoin is traded 24 hours a day, which makes Bitcoin's price response always the most sensitive. The rapid rise on Saturday has temporarily absorbed the impact of risk aversion.

However, depending on the current situation, a breakthrough of 8,000 US dollars in the market outlook will be a high probability event.

Does anyone remember what happened when Bitcoin peaked at $ 20,000? 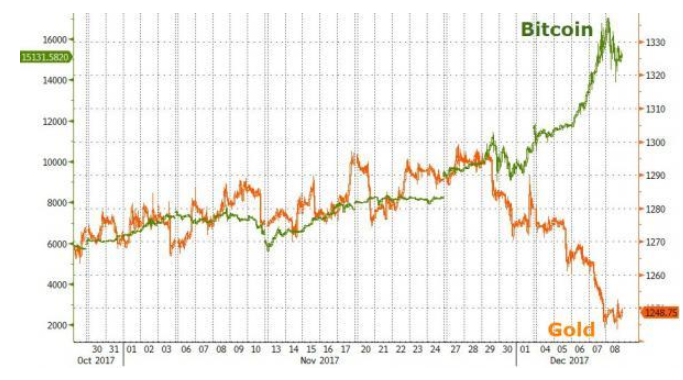 The price of Bitcoin has risen all the way, but the price of gold has continued to plummet. People are generally looking for rising assets. At present, gold has begun. But what will happen when the bitcoin chariot starts?

Looking back at history, compare the hedging attributes of gold and Bitcoin.

In the global financial crisis of 2008, gold should theoretically rise sharply, but the exact opposite is true: 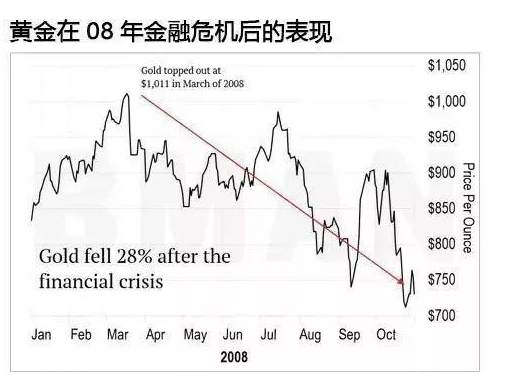 However, during the 17 and 18 years, bitcoin prices also rose sharply during the US-DPRK dispute.

Bitcoin does not belong to any country or region. In this unstable world, Bitcoin will have a chance to gain a new round of brutal growth.

However, in the end, rather than hope that Bitcoin will rise, I want world peace.

Wei Songxiang, founder of Babet SheKnows丨Top Network: Blockchain financing should be carried out entirely in equity financing, and there should be no difference from traditional project financing.