In short, I think in the next decade, we will see a blockchain that is more scalable and includes privacy features, and will reach about 1 billion users by the end of the decade (this decade (About 50 million initially). Adoption will occur in the most vulnerable emerging markets of the financial system, and will also occur in a group of new crypto startups that produce the products people want. By the end of these 10 years, most tech startups will have cryptographic components, just as most tech startups today use the Internet and machine learning. Governments and institutions will also enter the field of cryptocurrency.

In the 1920s, I believe we will see the emergence of second-tier solutions or new blockchains that will increase transaction throughput by orders of magnitude. Just as broadband replaced 56k modems and led to the emergence of many new applications on the Internet (YouTube, Uber, etc.), I believe that scalability is a prerequisite for the real beginning of the utility phase of the crypto industry. Once we see blockchain scalability improving by several orders of magnitude, we will start developing new applications faster (see Article 5 "The Rise of Crypto Startups").

In addition to scalability, I think in the 1920s we will see privacy being integrated into a dominant blockchain. Just as the Internet was started with Hypertext Transfer Protocol (HTTP), and HTTPS was not introduced as a default setting on many websites until later, I believe we will eventually see a "privacy coin" or a zone with built-in privacy features in the 1920s Blockchain has become mainstream. In most cases, it doesn't make sense to broadcast your every payment on a transparent ledger.

There are now many high-quality teams working on next-generation protocols (Dfinity, Cosmos, Polkadot, Ethereum 2, Algorand, etc.), and many excellent teams are working on second-tier extension solutions for existing blockchains. My prediction is that in the next ten years, we will see the integration of blockchain (in terms of developers' share of ideas, user base and market value). Blockchains that have made the most progress in scalability, privacy, development tools, and other features will get the most benefits. We can even see mergers and acquisitions (M & A) in these teams, if you like, this can be a reverse fork, where one chain is abandoned and each token can be exchanged to the acquirer's token at a fixed exchange rate. There are as many tokens (so millions) as there are companies / open source projects / DAOs / charities in the world, but only a few blockchains will power the infrastructure of these tokens. Like any other industry, the winning blockchain is likely to follow a power law distribution in the results.

4. From transaction to utility

The 2000s were mainly about speculation and investment in cryptocurrencies, with transactions driving most of the activities and the best business models. This trend will continue in the 1920s (see Article 9 Market Structure and Article 7 Institutions), but I believe the best new companies created in the crypto field in the 1920s will be dedicated to driving the utility phase (people use cryptocurrency For non-transactional purposes). We have begun to see the beginning of this trend, with more and more customers engaging in non-transactional activities (Staking, debit / margin, debit cards, earning income, business, etc.).

5. The rise of crypto startups

In this decade, we will see a new type of startup becoming commonplace: crypto startups. Just as the internet boom started the idea of ​​Internet startups (ten years later, almost every tech startup is using the Internet in some way), I believe that by the end of the 1920s, almost every tech startup will have Some kind of cryptocurrency component. So what is the definition of a crypto startup? three things. First, it will use cryptocurrency to raise funds (separating funding recommendations from the venture capital industry from a larger global capital pool). Second, it will achieve market matching of the product by issuing tokens to early adopters of the product (turning them into evangelists), similar to early employees acquiring equity in the company. Third, they will bring global communities and markets together at a rate we have never seen in traditional start-ups (traditional start-ups have to painfully expand from country to country, integrating payment methods and regulation one country at a time). This has brought countless regulatory issues, but its advantages are so great that I think the market will find a way. These crypto startups will face the challenge that all startups face: making what people want. The next 100 million people who come in contact with cryptocurrency are not because they care about cryptocurrency, but because they are trying to play games, use a decentralized social network, or make a living, and using cryptocurrency is the only way to use a specific application.

In addition to crypto startups (which will be the first world-class phenomenon), another area of ​​adoption will be emerging markets, where existing financial systems are a bigger pain point. Especially in countries with high inflation rates and large remittance markets. In 2019, GiveCrypto.org paid cryptocurrency to 5,000 people in Venezuela, and more than 90% of them were able to make at least one transaction with a local store or local cash withdrawal partner that accepts cryptocurrency. This indicates that these tools have begun to cross the usability barriers in emerging markets (in emerging markets, unreliable internet, older smartphones and lack of education can be challenges). In the 1920s, I think we will see the use of cryptocurrencies in emerging markets expand to hundreds of millions of users, and at least one country will "dominate" so that most of the transactions in their economies are conducted in cryptocurrencies .

We have started to see small institutions entering the cryptocurrency space. Over the past 18 months, hundreds of institutions have joined Coinbase Custody. I expect that this rapid growth will continue in 2020, with more and more institutions joining in. In the end, almost every financial institution will conduct some kind of cryptocurrency business, and most funds will hold some assets in the form of cryptocurrency, partly because their returns are not relevant. About 90% of the world's funds are locked in institutions, so this may drive a large demand for crypto assets.

Although Libra has provoked the anger of almost everyone in Washington, D.C., China has voluntarily started digitizing the yuan and using blockchain as one of its core technology investments. The United States is now catching up, and discussions on how the dollar is digitized are underway. The CENTRE consortium and its USD Coin (USDC) may be the solution for the United States to ask for help, or the Federal Reserve may try to use the blockchain to realize its own digital dollar. I think we will see a package of digital currencies coming out, either issued by an alliance like Libra or CENTRE or issued by the International Monetary Fund (IMF).

Over the past decade, many companies we consider to be cryptocurrency exchanges are actually bundled brokerage firms, exchanges, custodians and clearing houses. In the 1920s, I think we will see the structure of the cryptocurrency market become more similar to the traditional financial world. From a legal and regulatory perspective, these functions will be separated. This has happened to some extent. For example, Coinbase Custody is an independent company with its own board and is regulated as a New York trust company. Coinbase Pro will also be divided into brokerage companies and exchanges. Just like in the traditional financial services field, customers of one product will become competitors of another product, and there will be many cross effects. With these separate components, I expect that it will be easier for the SEC and other institutions to create a cryptocurrency index fund for retail investors.

In this world, unmanaged wallets, DEX, DeFi, and DApps will continue to improve in terms of usability and security, and we will see many new applications emerge, from games to online communities to virtual worlds with their own economy . Because customer funds are never stored, many applications and unmanaged wallets in this world will be regulated like software companies rather than financial services companies. This will greatly accelerate the pace of innovation.

This world will also have more privacy, and privacy coins and unmanaged wallets will gain more adoption. We will also see the rise of decentralized identities and related reputation scores. With the development of the crypto economy, more and more people will make a living with cryptocurrency and find opportunities in this new global network economy to promote global economic freedom .

The last one is as a benefit. Olaf Carlson-Wee, founder of my friend Polychain Capital, and former CTO of Coinbase Balaji Srinivasan estimate that at a price of $ 200,000 per bitcoin, more than half of the world's billionaires will come from cryptocurrencies (the world ). Whether you think this is a good thing or a bad thing, it means that in the 1920s, more professionals will get a lot of capital. Presumably, this will increase investment in science and technology, and I think we will also see more crypto individuals turning to philanthropy (we have seen this through efforts such as the Pineapple Fund, GiveCrypto.org, and GivingPledge).

How much of these predictions will prove to be true, let us wait and see: by shifting cryptocurrencies from a primary focus on trading and speculation to real-world utility, the number of people holding and using cryptocurrencies will increase significantly in the 1920s, And began to truly promote global economic freedom. 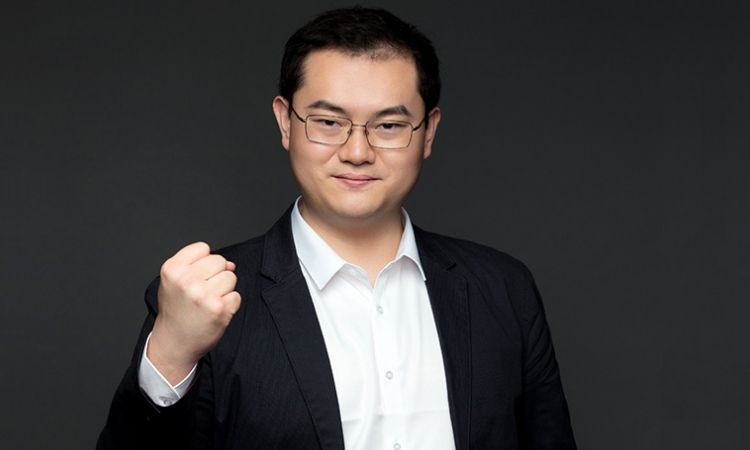