Just ask an investor who has been in the currency for three years or so and ask if they have made any money? They will definitely answer you, earn money, and then lose money. In the end, they will lose money. Most of the cases are like this. It is doubtful that the currency circle is really like the outside world, just a zero. And the financial game of the game.

The so-called zero-sum game means that one party has interests, the other has losses, and the sum of the gains and losses of the parties is always zero, and gambling is one of them.

The gambling of a bookmaker is not the case now. The bookmakers want to make a profit. They can't watch the money flow between gamblers. They have to share a piece of it. 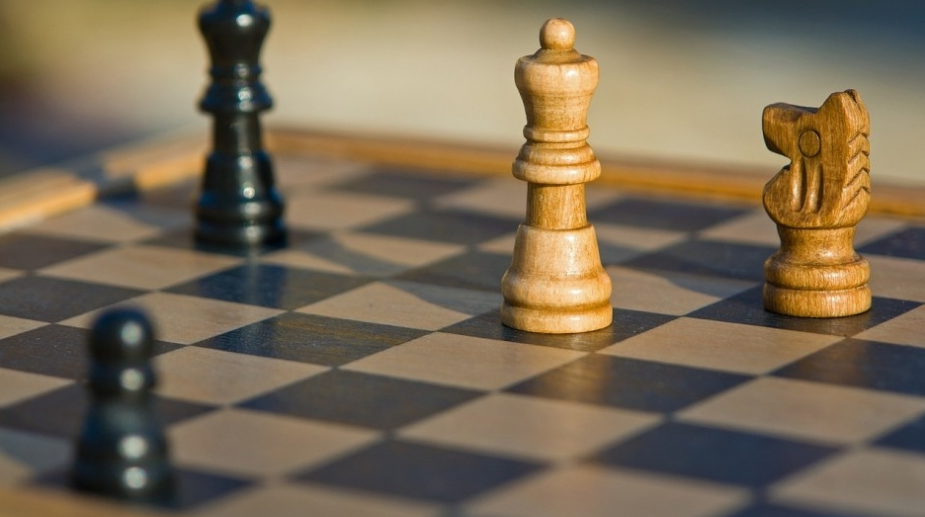 In the case of Manchester United, the dealer will move a little on the odds of winning and losing.

It can be seen that there are fewer gambling winners and more losses. However, the zero-sum game is not only in the casino, but the coin circle is just a real big casino.

Especially in the futures market, the dealers use the advantages of large funds to crush small retail investors, create profitable profits, and double-short explosions. Together with the pump platform of the trading platform, some commissions are drawn from each transaction, never ending.

There is also a good harvest, humanity is greedy, and more and more greedy, whether it is up to the emperor, down to the pawn, greed and good to receive is the most important psychological role in the game, we Always remind yourself to accept when you are good.

Greed must have a price

The Emperor Napoleon was ambitious. In order to realize the ambition of conquering Europe, the organization of the army was unspoken, the war with Russia was started, and Moscow was quickly occupied.

On the occasion of the country's crisis, the teacher Kutuzov was appointed as the commander-in-chief of the Russian army.

Napoleon and Kutuzov are no strangers. They had a hand-over experience five years ago.

It was only at the time that they were evenly matched, and now the time shifts, the powerful Napoleon has a big advantage.

The two armies waged a bloody battle near the village of Boluo, and the battle was extremely fierce. It lasted for one day and one night. In the end, Napoleon won the battle. The Russian army lost its position and had to choose to retreat. Although this defeat was under Napoleon's hand, Kutuzov did not lose his fighting spirit.

By analyzing the situation and the strength of the two sides, he found that two factors are good for Russia. First, although Napoleon occupied the Russian military fortress, but the actual increase was significantly weakened, Napoleon's army will not attack again. In addition, the French army is deeply involved in the internal military operations in Russia, and the backups are not replenished in time. It is quite unfavorable for them to fight for a long time. Based on these two points, Kutuzov took the risk of the world and decided to temporarily abandon Moscow. His decision was opposed by the entire Russian people, but he still was willing to do so. This is because he firmly believes that if you have to stick to Moscow, you will probably pay the price of the whole army.

Kutuzov ordered the Russian army to retreat, while withdrawing and paying all the materials in the city, leaving only an empty city for the French army.

Although Napoleon got Moscow, he actually got an empty city with nothing. Later, the French army, which was deeply isolated, gradually lost its fighting spirit because of hunger and cold. Even Napoleon’s snoring and reinvigoration are nothing to do.

So he had to order the army to withdraw from Moscow. This just gave the Russian army the opportunity to avenge the enemy. A fierce battle defeated the French army. This battle became the biggest failure of Napoleon's life.

There are many factors in Napoleon’s failure, but from Boben’s point of view, in this war, if he can do it, he will wait for the support of the follow-up troops, then the French army will not suffer a fiasco. .

In December 2004, the biggest international speculation scandal following the bankruptcy of Bahrain Bank occurred. China Aviation Oil (Singapore) Co., Ltd., which is listed in Singapore, has incurred huge losses due to its speculative oil trading.

In the first quarter of the year, the surge in oil prices in the international market made China Aviation Oil lose a lot in the futures market. This momentum has not been met, but it continues to expand. By June, the loss value of CAO had increased from US$5.8 million to US$35 million. The relevant parties are worried that CAO will be dying in the loss, so they have issued notices of additional margin.

However, in the face of cruel reality, Chen Jiulin, the president of China Aviation Oil Corporation of Singapore at the time, lost his sense. In order to recover the losses, he continued to increase the trading volume and delayed the contract of options. His actions completely brought China Aviation Oil to a dead end. At the end of November 2004, CAO had to declare that it was forced to apply for bankruptcy protection.

In fact, the World Risk Assessment Agency Standard & Poor's has pointed out that at the beginning of the crisis, CAO needed only $50 million to successfully resolve the risk.

However, Chen Jiulin, president of CAO Singapore, wanted to save the loss, but it caused even more losses. At that time, he did not recognize the situation, but refused to pay the price of 50 million US dollars. In fact, the cost of 50 million US dollars has saved China Aviation Oil, which is a very cost-effective business. Although it costs a lot, it is still the best choice for CAO. However, Chen Jiulin did not receive the good results, and the result completely destroyed the aviation fuel, creating an international speculation scandal.

The same is true for personal investment. In the cryptographic market where information is obviously asymmetric, it is necessary to understand its own disadvantages. Trade rushed into the market, especially for novices, making money at the beginning, and losing money in the later period is undoubtedly The market’s warning to newcomers.

For newcomers, there is a new person's welfare, which is to invest in the ignorance and fearlessness of the novice. It is possible to make money in the short term. In the long run, losing money is an inevitable thing, because the investment logic has been wrong in nature, let alone do it. Even if the quilt is covered, it will be hard to resist. In fact, every investment goes through the process. Maybe it is like the growth in life. There is no such thing as once and for all, and there is no coin to rise to the sky, reducing the operation and avoiding frequent operations. The mistakes that have occurred, not to mention the market makers constantly manipulating the market in the market, the market is repeatedly suffering.

Set a stop profit position, do not covet the fishtail market, set a stop loss position, avoid the loss of the principal, can not participate in the shackles of the next wave market.

Wang Yanwen, Minister of Propaganda Department of Jiangsu Province: Keep up with the wave of technological innovation represented by blockchain and quantum communication

Liu Jiren, Chairman and CEO of Neusoft Group: Neusoft Group has promoted the application of blockchain in food safety, medical and insurance industries.