On January 7, 2020, the annual World Consumer Electronics Show (CES) kicked off. According to mutual chain pulse statistics, 34 blockchain companies participated in the exhibition, concentrated in Sands, Hall (Sands Hall). In addition, there are several blockchain forums.

In terms of quantity, there are not many blockchain companies participating in the exhibition, but their fields are widely distributed and of high quality, and there are industrial formats that domestic blockchains do not have. The CES show has also become one of the windows to understand the development of global blockchain.

At the CES in 2020, there were more than 1,000 Chinese companies, accounting for 25% of all participating companies. However, as a big country in the development of blockchain, mainland Chinese blockchain companies are not enthusiastic about CES. Only one company, Jia Nan Yunzhi, participated in the exhibition. Of the 34 companies participating in the 2020 CES, 11 companies provide block application development and technical services, which is the infrastructure of the blockchain. Interlink Pulse noted that three companies have cut into the development of "trusted devices" from different angles, and such devices can guarantee the authenticity of physical data on the chain. In China, there are not many such companies, which is a very bright area.

The American exhibitor IoTeX started the development of the IoT blockchain public chain system earlier. Their model is to add this public chain to IoT devices.

The Uatag company from Ukraine has created an authentication label, which integrates an adhesive system, RFID chip, QR code, etc. Products with this label can be traced to the source code.

Among the exhibitors, the number of individual applications of the blockchain was the largest, with 17 companies. What is more interesting is that two companies are engaged in the blockchain protection of smart watch skins.

One is called Crypto Watches and the other is Watch Skins. The principle is similar. Both use the blockchain to ensure the authenticity and scarcity of the skin of the watch face of a smart watch. Skin owners can collect or trade skins. It is estimated that the global sales of smart watches will reach 63 million units in 2019 and exceed 100 million in 2020. China is the market with the most sales volume, but at present, China has not seen similar blockchain applications.

Among the exhibiting companies, six were engaged in supporting services of the blockchain industry, including Jianan Yunzhi in mainland China. Judging from the highlights, the “blockchain search engine” engaged by the company in Taiwan, China is quite special, saying that it is to achieve cross-chain search. But after experiencing the interchain pulse experience, it was found that it had not really been realized.

The progress of blockchain companies participating in CES in terms of innovation, brain holes, and underlying protocols is remarkable, but from the perspective of China, many problems will be discovered.

First, the blockchain companies participating in CES are mostly based on the public chain model, whether they are application or technology development. Not to say that the public chain is not good, but there are some disadvantages of the current public chain model, including the huge price fluctuations of tokens, and the cost to the application side is unpredictable; the applied economic model of the token is simple in design and does not meet the actual situation.

Second, many projects have failed to validate their models in China. For example, from the "BTU Agreement" project in France, they mainly consume points for hotels and car rental, but the value of points is not supported and it is difficult to be recognized by the market. Fitness data, and then give a fitness token reward, but demanders sensitive to fitness data, such as insurance companies in the premium design model, at most as a reference, will not be used as a basis for pricing, so there is almost no trading market for its token rewards, China "Walking to make money" and others have long been declared unsuccessful.

Another type is that although the model is established, it is difficult to succeed at this stage. Similar projects in China are also half-dead. For example, ANote Music from Luxembourg has to do music copyright on-chain transactions. However, from the perspective of Chinese practice, if such a blockchain system is built, it is difficult to promote the use of musicians without deep industry resources; similarly, there is Fluidensity in the Netherlands, which does art trade. The two projects also face a common problem, how to prove that the information on the chain is authentic. The important reason why the Chinese music and art copyright blockchain project has not been promoted is that the blockchain cannot distinguish between genuine and fake. If the counterfeiters are the first to get the genuine product on the chain, the back-end transactions will not work at all. Therefore, China currently solves these problems through the alliance chain method, and introduces authoritative certification institutions to achieve the authenticity of the information off the chain.

In general, the original intention of the blockchain companies participating in CES has already bid farewell to the stage of issuing coins and cutting chives, and they all have a heart to "block application" of the blockchain. However, the biggest difference from China's blockchain application is that China's blockchain is landing on the B-side on a large scale, and the focus of CES's exhibition projects is still on the C-side. Of the 17 application projects, 14 are 2C, accounting for over 80%. After all, blockchain is going to be used by everyone, just like the Internet. But at this stage, the infrastructure still needs the construction of government and enterprises.

By analyzing the CES exhibiting companies, we can feel that China's application of blockchain is more pragmatic due to timely supervision and support of policies, and many aspects are at the forefront of the world.

This article is the original [Interlink Pulse], the original link: https://www.blockob.com/posts/info/32455 , please indicate the source when reproduced! 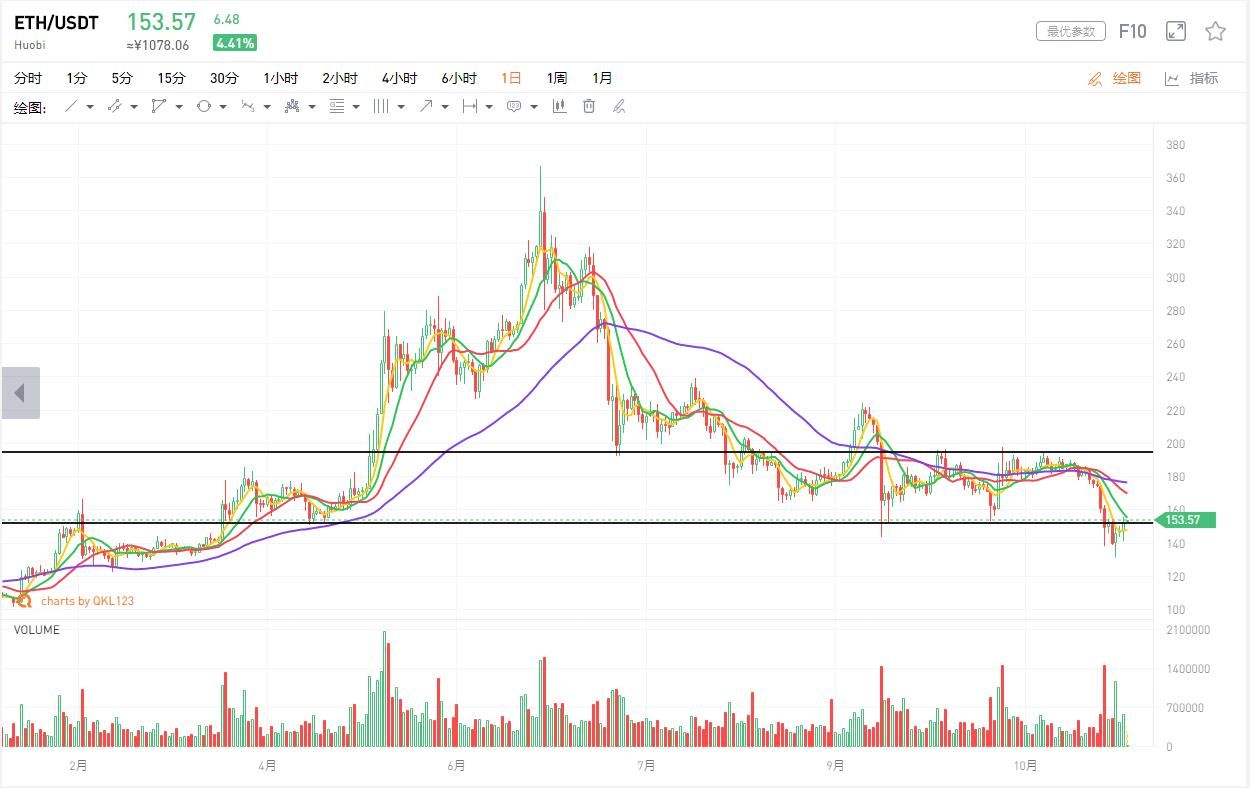 Head of FinCEN, USA: Anyone must abide by the Anti-Money Laundering Act (AML), and the stable currency is no exception.

The ultimate debate at the end of SheKnows 丨 Xie Wei: Three or four cities need to find their own path to develop a blockchain

The data shows that Bitcoin bottomed out and continued to oscillate