Looking back on 2019, the global blockchain industry has undergone a "spiral ascent" development process, producing many new things and many new changes. In order to welcome 2020, Chain Tea House has specially launched the "Inventory 2019" feature, let us not forget the past and look forward to the future.

In this issue, we will focus on the "DeFi" field in the blockchain industry ecosystem, and look back on the development path this new financial technology has gone through.

In August 2018, Brendan Forster, co-founder and CEO of Dharma Labs, a distributed financial lending platform, published an article "Announcing De.Fi, A Community for Decentralized Finance Platforms", which first mentioned the concept of De.Fi.

He believes that De.Fi belongs to a distributed financial platform, which has the characteristics of using blockchain technology, serving the financial industry, open source code, and having a sound developer platform. Decentralized financial DeFi was officially named.

According to statistics, the development speed of DeFi is amazing. Just over a year since its birth, thousands of projects have been put into operation. Among them, its main applications are distributed in various fields such as exchanges, loans, stablecoins, derivatives, and investment.

At the beginning of 2019, the decentralized financial ecology of Ethereum sparked heated discussions in the industry. Institutional surveys show that DeFi has also become one of the most concerned areas in the blockchain field in 2019.

On February 14, JP Morgan Chase officially announced that it would launch JPM Coin, a cryptocurrency pegged to the US dollar. This move has attracted widespread attention worldwide, and also marks the beginning of the Wall Street giant's layout of the cryptocurrency field. It is understood that JPM Coin is similar to a stablecoin, which anchors the US dollar at a ratio of 1: 1 and is issued on the bank's private blockchain. At the same time, JPM Coin can realize the immediate delivery of bonds on the blockchain platform.

In June, Umar Farooq, the head of JP Morgan's digital financial services and blockchain division, revealed that they will conduct the JPM Coin project test at the end of the year, subject to the approval of relevant regulatory agencies.

In March 2019, EOS founder BM wrote in a telegram that the good things were approaching.

On May 12, BM tweeted about the status and future of DeFi. Among them, while negating Ethereum DeFi, he said that "the future of DeFi lies in EOSIO", and this marks the beginning of EOS's formal entry into the DeFi field.

On June 12, the US payment giant VISA announced the launch of the blockchain-based cross-border payment network "B2B Connect". According to VISA, B2B Connect covers 30 global trade channels and will expand to 90 markets by the end of the year. Its goal is to make cross-border payments faster and cheaper.

In July 2019, Kava, a DeFi member in the cross-chain Cosmos ecosystem, launched a test network. Based on the Cosmos network, Kava users will be able to use any Cosmos-backed assets as collateral to generate the stablecoin USDX. It is reported that after Kava tests online, it will start testing water from XRP, BTC and ATOM.

On July 12th, the star DeFi project Veil, which has been supported by well-known venture capital agencies such as Sequoia, Paradigm, and 1confirmation, announced that it will cease operation.

In the face of going online in January and going offline in July, Veil co-founder and CEO Paul Fletcher said that the main reason for the suspension was that there were too few users, and the team had no way to get the product to a larger market.

On August 2, some media reported that the borrowing platform Dharma experienced a plunge in locked-up assets, users had difficulty withdrawing coins, and the contract code was closed-source, which caused panic among community users. For a while, rumors spread that the team rolled money. However, it was confirmed that this was actually caused by Dharma's business transformation adjustments.

It is reported that the asset lending platform Dharma allows users to borrow and lend a variety of assets, including ETH, USDC and DAI, at a fixed rate of 90 days. In February, Dharma announced the completion of a $ 7 million financing led by Green Visor Capital with participation from Polychain Capital, Passport Capital, Y Combinator, and Coinbase Ventures.

On August 29, Dharma Labs announced that it will create a new savings product and relaunch its closed beta service. At the same time, the new product enables users to save with stablecoins and quickly earn interest after depositing.

It is reported that Dharma said that after the elimination of existing products, the new platform will be connected to Compound. However, Dharma and Compound are competitors in the field of decentralized lending. It seems that in the new structure, eternal rivals do not exist.

This remark came after McCormack visited Cambodia, the poorest region in Vietnam. He said, "I can't tell you how excited each of them is with DeFi."

In Cambodia, a farmer told McCormack how he obtained a DAI loan by locking Ethereum, emphasizing, "I didn't have a bank account at all before, and now I have it."

In Vietnam, McCormack learned from a chat with banana pancake vendors that after learning about new concepts such as cryptography, MetaMask Ethereum wallet, and decentralized exchanges, his business became increasingly hot.

On September 10, Coinbase, a well-known cryptocurrency exchange in the United States, announced that it would invest $ 1 million in the loan agreement project Compound and dYdX, respectively. The relevant person in charge said that they would directly use USDC investment to support the development of their project through a method called "USDC Guide Fund".

In 2019, Binance, the world's leading cryptocurrency exchange, released a series of research reports on DeFi.

The report believes that DeFi has become one of the main applications of Ethereum. Among them, the most important is the decentralized stable coin DAI generated in the Maker ecosystem.

In addition, in using Ethereum-based DeFi to explore arbitrage trading and arbitrage strategies, the report states that low-interest asset borrowing can be used to invest in those assets with high returns. However, the current DeFi platform basically relies heavily on collateral requirements, which limits potential arbitrage opportunities.

In the study of DAO, the report defines it as a form of organization that coordinates work and resources among members through a priori constraints, formalization, and transparency rules agreed in a multilateral manner. At the same time, DAO's working prototypes take a variety of forms, including blockchain, ecosystems, protocols, natural resources, and mutual insurance.

On September 28, according to media reports, Ripple began to deploy the DeFi ecosystem, and has now started to build XRP-based decentralized financial products.

It is reported that Ripple has acquired Logos Network, a decentralized payment platform. Its venture capital division, Xpring, will add 9 engineers in New York, and appointed Logos founder and CEO Michael Zochowski as the head of Depr's DeFi product.

On October 14, Zcash, a cryptocurrency focused on privacy, was reportedly preparing to enter the Ethereum DeFi ecosystem.

According to Josh Swihart, the company's vice president of marketing business development, the Zcash community will develop ZEC tokens to enable them to circulate on the Ethereum blockchain.

"If you want to borrow on Ethereum, if you want to do decentralized autonomous organizations (DAOs), then you can use Zcash. In the end, Zcash's isolated address is expected to be used in Ethereum smart contracts," he said.

Bankless author Ryan Sean Adams published an article "Cryptocurrency Bank and Currency Agreement", which mentioned that with the development of CeFi and DeFi led by centralized exchanges and lenders, the boundary between the two will blur, and even become more and more More and more similar, but will form a scramble for capital and other aspects.

14. Defi becomes a hot topic at the summit

On November 8, the second World Blockchain Conference was held in Wuzhen, and DeFi became the focus of discussion among the participants.

Some people believe that DeFi is the best application of Ethereum smart contracts, and borrowing, decentralized exchanges and stable coins constitute the three basic elements of DeFi.

At the same time, as a challenge, the anonymity of the blockchain conflicts with KYC. With the expansion of DeFi users and funds, its regulatory problems will follow. In addition, the network performance and scalability of the DeFi ecosystem are constraints to its development, and the decentralized thinking is in conflict with the centralized user experience.

On November 24, DeFi Pulse data showed that the amount of Ethereum's DeFi hedging reached a new high, reaching 2.7 million ETH, with a value of more than $ 400 million. Among them, about 2 million ETH assets are concentrated in MakerDAO.

According to statistics, at the beginning of 2019, the locked ETH in DeFi applications was about 55,000. In mid-April, the number reached 2.2 million. This indicates that the demand for DeFi services is growing rapidly.

16. BTC version of MakerDAO may be launched

On December 13, it was reported that startup Money On Chain launched a DeFi platform based on the Bitcoin sidechain Rootstock (RSK).

Although this is not the first exploration of Bitcoin DeFi, the company is currently planning to transform into a non-profit trust organization responsible for managing the cryptocurrency mortgage lending system, similar to MakerDAO's Maker Foundation. If successful, Bitcoin MakerDAO is expected to come out.

Researchers: Some Asian crypto funds have a 20 times higher return than their US counterparts 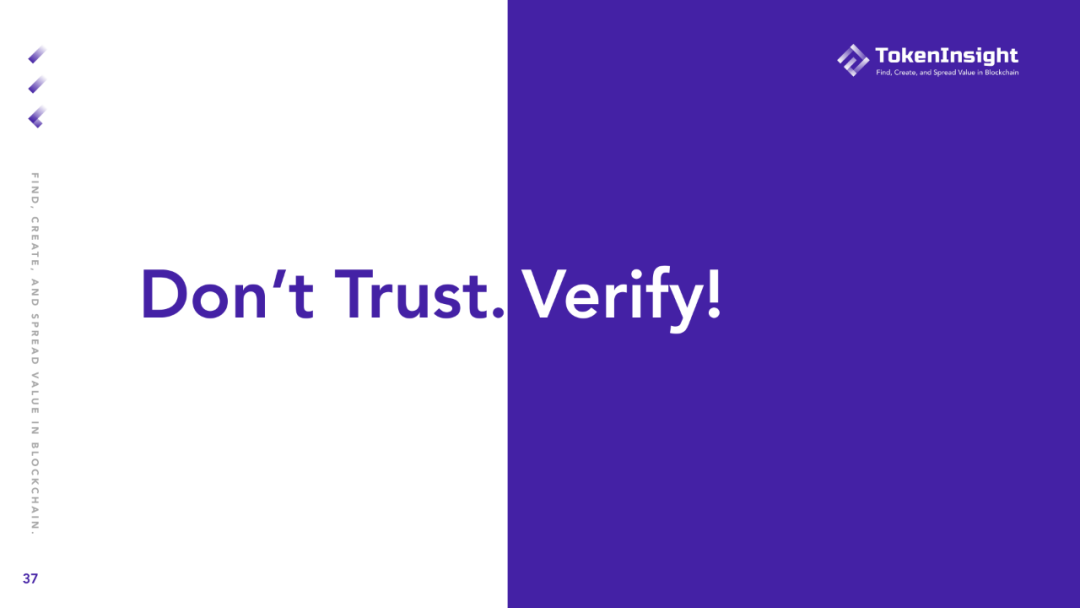 The data shows that the activity of the Ethereum chain has decreased. 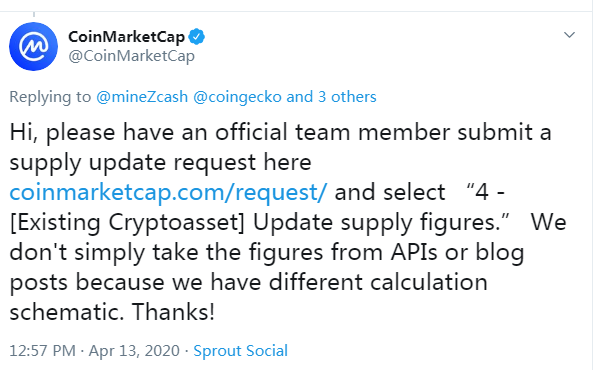