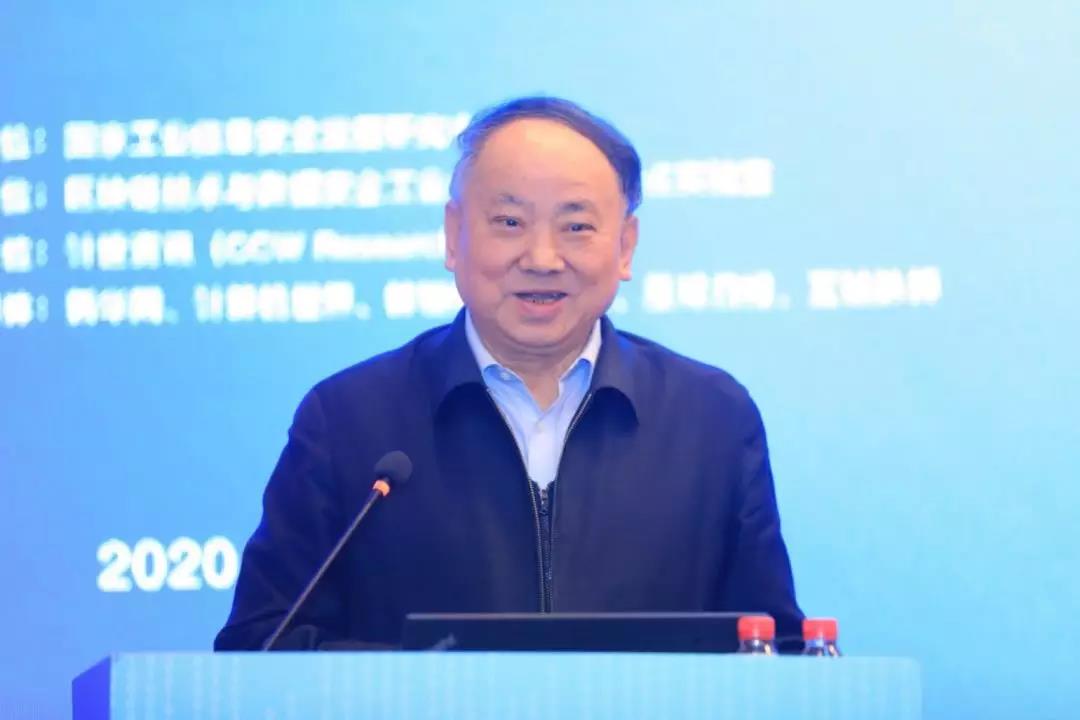 On January 11th, a work exchange conference hosted by the National Industrial Information Security Development Research Center, hosted by the Key Laboratory of the Ministry of Industry and Information Technology of the Blockchain Technology and Data Security, and provided by Zinc Link for media support was held in Beijing.

Shen Changxiang, academician of the Chinese Academy of Engineering and deputy director of the Academic Committee of the Key Laboratory attended the meeting and gave a keynote speech entitled "Blockchain Security Based on Trusted Computing 3.0".

The following is the speech record, with cuts:

I. Self-controllability can be safe and credible

Without security, the information society will become a ruin in the dark, and there is no prerequisite for the development of the blockchain. Once the network is attacked by virus information, it will "do bad things."

The blockchain is a distributed database, and data is the object of protection. If the data is controlled by others, it will be dry. It is impressive that the ransomware virus was too powerful on May 12, 2017, sweeping more than 150 countries around the world in one day, and all health care institutions were ransomized. Blockchain is also extortion by ransomware. What does it mean? Encrypted for you, the blockchain has a password, which should be used to protect security. Viruses use the reverse side to control it, and many systems are unusable.

The virus has a great impact on China, but has no impact on China's key core systems. why? Because we have China's independent and feasible innovative computing, which is trusted computing 3.0.

What should we do now? The people's governments of the provinces, autonomous regions, and municipalities directly under the State Council should make overall plans, increase investment, support key network security technology industries and projects, support research and development and application of network security technologies, and promote secure and reliable network products and services. There is no mention of "autonomous and controllable" here. The word related organizations have suggested that autonomy and controllability: do it yourself, controllable, and legally, it is "safe and reliable."

Our country has promulgated the "National Cyberspace Security Strategy", proposing a strategic task of "consolidating the foundation of cybersecurity", emphasizing breakthroughs in core technologies as soon as possible, and accelerating the promotion and application of secure and trusted products. To this end, the level protection system 2.0 has been revised and the standards have been implemented, but the firewall cannot be used at once, and it must be left slowly. How to do? Gradually use trusted computing to protect our critical information technology facilities.

Our country is now facing huge challenges. The fundamental source is to fight cyber warfare. More than 150 countries in the world, led by the United States, have cyber command and cyber troops, which invade national sovereignty through the internet. The most typical one is Venezuela. The continuous large-scale power outage affected the state's political power because the power grid network was attacked.

When we face major challenges, it is difficult for us to deal with them, because there is something wrong with the demand theory. From the perspective of computer science, computer Turing principle lacks offensive and defensive concepts. Turing was the first British mathematician to invent computer tools; architecture. Von Neumann focused on improving the speed and efficiency of computers, and standardized the technical architecture. We lack protective components in the system, which is terrible; from a computing model, there is no security service for major engineering applications.

The problem with Turing computing is that it logicalizes the computing problem and then implements it with a computer. Everyone has studied logic, cognitive science, or software, and logic is divergent. Mathematical languages ​​are convergent. It is impossible to process all logic. Therefore, Turing only dealt with the logic related to calculations. A large number of logic problems were not considered and not handled. The bugs between these logics were used by attackers and had loopholes.

Therefore, we are not used by attackers. We used to catch bad guys everywhere. Now we need to protect people, that is, to ensure that the logical combination of computing tasks is not tampered or destroyed. Everyone used to say firewall and anti-virus, but now they are looking for loopholes and patching.

Active immune credible computing. Active immune computing refers to security protection while computing, and uses passwords as genes to implement functions such as identification, status measurement, and confidential storage to identify the "self" and "non-self" components in a timely manner, thereby destroying And the rejection of harmful substances entering the body is equivalent to cultivating immunity for network information systems.

Third, the hierarchical protection of the blockchain must be solved with trusted computing

The blockchain has already had a level of protection requirements. To use credible computing to solve it, we initiated the project from 1992. The development of science and technology in the medium and long term. The National Development of Science and Technology in the Middle and Long Term (2006-2020) clearly proposed to develop Focus on trusted networks, develop network security technologies and related products, and establish a network security technology guarantee system.

To solve the blockchain security problem, it can only be solved with trusted computing 3.0 level protection. why? Because the blockchain is a new type of network application, making full use of cryptographic technology can solve the immutability and non-repudiation of the distributed ledger of the blockchain. It is necessary to strengthen the security of the secret itself. Now the blockchain does not talk about it.

We must consider two factors, one is systemic security, business information process security, and the second is system resource security. Business application information security must ensure transactions are valid and reach consensus. System resource security cannot be tampered with, cannot be interrupted, and data alone The processing process is not feasible, so it can be classified into three: the computing resource system service is trusted, the transaction data is controllable, and the transaction process is manageable. Software tampered, password tampered? Is there anything to say about blockchain security?

Level 4 means that all computing nodes should be based on trusted computing technology to implement trusted verification from booting to operating system startup, and then to application startup, and to perform credible verification of their execution environment at all execution stages of the application, and actively resist Invasive behavior. The verification results are formed into audit records and sent to the management center for dynamic correlation perception to form a real-time situation.

Well, today we want to promote the innovation and development of the blockchain, which is to do a good job of the two elements of hierarchical protection.