"Teacher, I feel that the PoS consensus mechanism seems to be becoming mainstream." The fighters made a rare thought and directly threw me a conclusion.

"Oh, how do you say this?" I looked at him with interest.

If you are not a new player in the blockchain circle, but pay close attention to the industry dynamics, you should be able to feel the two biggest trends of the blockchain in 2019 :

The most well-known platform-type public chain ETH, also to switch from PoW to PoS consensus mechanism, to transform DeFi from the direction, also confirmed the two major trends in the next phase of the blockchain development.

Regarding the advantages of PoS, two points are often mentioned:

2. Higher TPS. In general, the latency of PoS can be done very low and the confirmation is very fast. In the PoS system, a transaction can be published and confirmed.

In addition to the two often mentioned advantages, the third advantage is that after the recent popularity of PoS, everyone gradually discovered that Staking's participation problem. Staking in PoS, whether it is an organization or an individual, a currency holder can perform Staking, which is an important way to participate in network construction. The fundamental tenet of Staking Economy is to encourage the holders to participate actively through incentives with annualized returns. 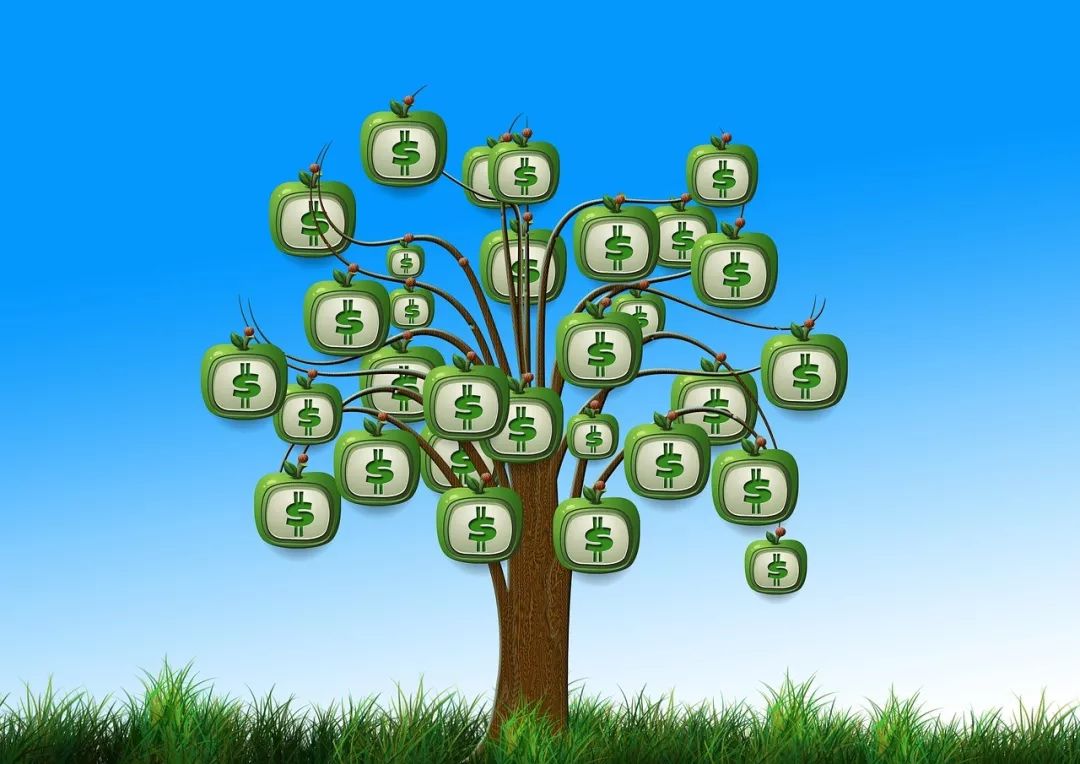 Simply put, Token holders lock their tokens into collateral, in exchange for the right to get verified blocks and mining rewards. This process is often referred to as "Staking" or "validation." The block rewards us as “Staking rewards”.

The system of the PoS consensus mechanism will set a certain inflation rate to encourage the holders to participate in the verification and achieve the purpose of maintaining the network. Of course, if the verifier does evil, he will not only lose the Staking reward, but the collateral will also be fined.

Therefore, as a member of Staking, you must understand the Tokens you hold: how much the pledge yield, how the rules, how to choose nodes, and even how to participate in governance, etc., which has become popular in disguise. The various kinds of knowledge have greatly enhanced the subjective initiative of the holders. Simply put, economic incentives are used to encourage Token holders to participate in system maintenance and community building.

In PoS's Staking mode, all the holders can participate, and the holders are almost naturally participants in community governance. Relatively speaking, under the PoW mechanism, the threshold for common users to participate is much higher. Take the example of BTC, the miners and the holders who participate in the maintenance of the Bitcoin network, the degree of overlap between the two is very low. Relative to the holders, only a very small number of people participate in mining, that is, to maintain the system. Most of the currency holders do almost nothing, just thinking about waiting for appreciation.

In this way, Staking Economy seems to be very good in all aspects. However, is this really the case?

From the perspective of system security, there are at least two major security risks in PoS.

1. Nothing at Stake : In a nutshell, if the attacker forks the current chain, there is no need to judge which chain will win for the “miner” holding the coin. The strategy is to "mining" on both branches at the same time. Because no matter which branch wins, it will benefit for Stake's holders, and the process is not like PoW. The spelling power of "real knife and gun" needs to burn money. PoS has no consumption all the time, so for the money holding For block nodes, it is entirely feasible to mine on both branches at the same time.

This leads to the fact that in some cases, maliciously forking a PoS chain is unlikely to succeed. Once the attack is successful, a chain may split into multiple chains, which will cause a series of serious problems such as transaction rollback and double flower.

2. Long Range Attack , which is a more difficult problem than a non-invasive attack. Instead of splitting the existing chain, the attacker starts with the initial stage and creates a new, longer chain that makes the network mistakenly think it is the main chain.

If you want to build a longer chain on Bitcoin, you need to have more than 50% of the computing power of the entire system. This requires buying a mining machine, requiring energy consumption, and requiring huge capital investment to win. In contrast, PoS can "cheat" the algorithm to create a new chain, and this process does not need to invest in the mining machine, no energy consumption, the attack cost is much lower than PoW, once the attack is successful, the consequences are very serious, reconstructed The chain may completely replace the original chain, and many attributes such as tampering will be destroyed.

02 PoS is a closed system

This kind of statement can't stand the scrutiny. What is truly free capitalism is PoW! 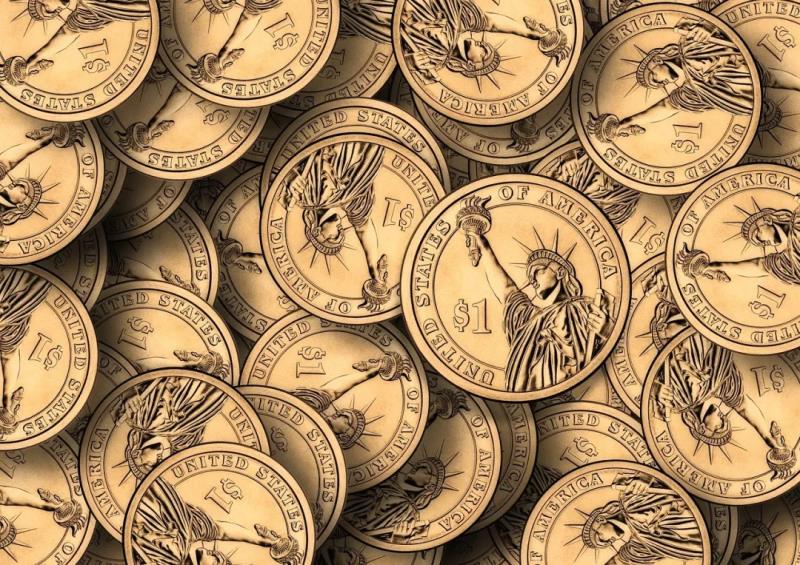 From CPU mining, to graphics mining, to ASIC mining, the future may be a quantum computer. Every time the mining machine is replaced, it will make a big change to the original competitive landscape. It was originally in the competition. Overlord, there is always the possibility of being replaced and subverted by more advanced external technology. No one can guarantee that he is always in the head position. Therefore, the open PoW model is more like free-competitive capitalism . Just as gasoline vehicles replaced the carriage before, they are now faced with being replaced by electric vehicles.

PoS is actually more like a noble inheritance system in the feudal era. In a PoS project that has been owned by the founding team and early investors, Token, as long as they continue to maintain their advantage in holding the currency, it is difficult for any new entrant to compete with them. This will increase the difficulty of investing new capital in the currency, and it will be more difficult for new capital to become a "big miner". This will lead to a centralization problem that may be more serious than PoW. The richer the richer, the external intervention is hard to influence the outcome.

To a deeper level, in PoS, the “maintainer of the agreement” and the “person with the resources” are the same group of people, and it is still a relatively closed mode. In the PoW mode, the miners have higher operation and maintenance costs. In order to continue mining, it is necessary to sell coins. In the worst case of the market environment, the uncompetitive miners are eliminated. Therefore, the PoW model is to consume external resources and survive the fittest. Free competition, the separation of the miners and the holders and the separation of rights. In the relatively closed PoS system, the holder is the miner, the two roles can not be separated, almost the strong and strong, and later it is difficult to have the opportunity to counterattack.

In the system of the PoS algorithm, as long as the token is mortgaged, the Staking revenue can always be enjoyed.

The current inflation rate of several star PoS projects is as follows:

It can be seen that most of them are concentrated in the range of 5%-20%, and the inflation rate of individual projects is as high as 155%. Then the question comes, assuming that the median of the inflation rate is 10%, what will happen?

Suppose a PoS project currently has a market capitalization of 100 million yuan. How much real gold does it actually need to support this one billion market value? In other words, how big is the corresponding plate in the trading platform?

If the market value of one hundred million yuan is high, it may be supported by 10 million yuan. If the liquidity is low, it may be as long as 1 million yuan. Then after the annual inflation, give Staking a reward of 10%, which is 10 million. The 10 million generated by Staking rewards is liquid. If these liquidity is traded in the secondary market, it is equivalent to using a Token of 10 million to go to a trading market with a capital of 1 million to 10 million . What effect will it have on the price of the currency? If inflation is 20% per year, or even higher? The consequences are unimaginable.

Perhaps it is for this reason that EOS gave the super node reward from 5% to 1%. At present, the world's strongest hard currency dollar, such a huge volume, its inflation rate in the past decade is only about 2% per year.

And the current PoS project with almost no real value support, 10% or even 100% inflation rate, is it really sustainable? This is a very serious problem.

From the development trend of the industry, PoS's Staking Economy is currently driven by the general trend and is a major outlet for the industry in 2019. But this does not mean that the pledge economy of PoS has matured. There are still many problems that need to be solved, and they need to be constantly explored and tried. It is full of vigor and vitality here.

For PoW and PoS consensus algorithms, which one do you prefer? Why? Welcome to share your views in the message area.