From the media: VIPKID is reported to cancel the meal supplement and replace it with a virtual currency called "rice flower"

Since the media "Wu Said Blockchain" posted a Weibo, it is said that VIPKID was canceled for meal supplements and replaced with a virtual currency called Mihua, which should be in a form similar to internal points. 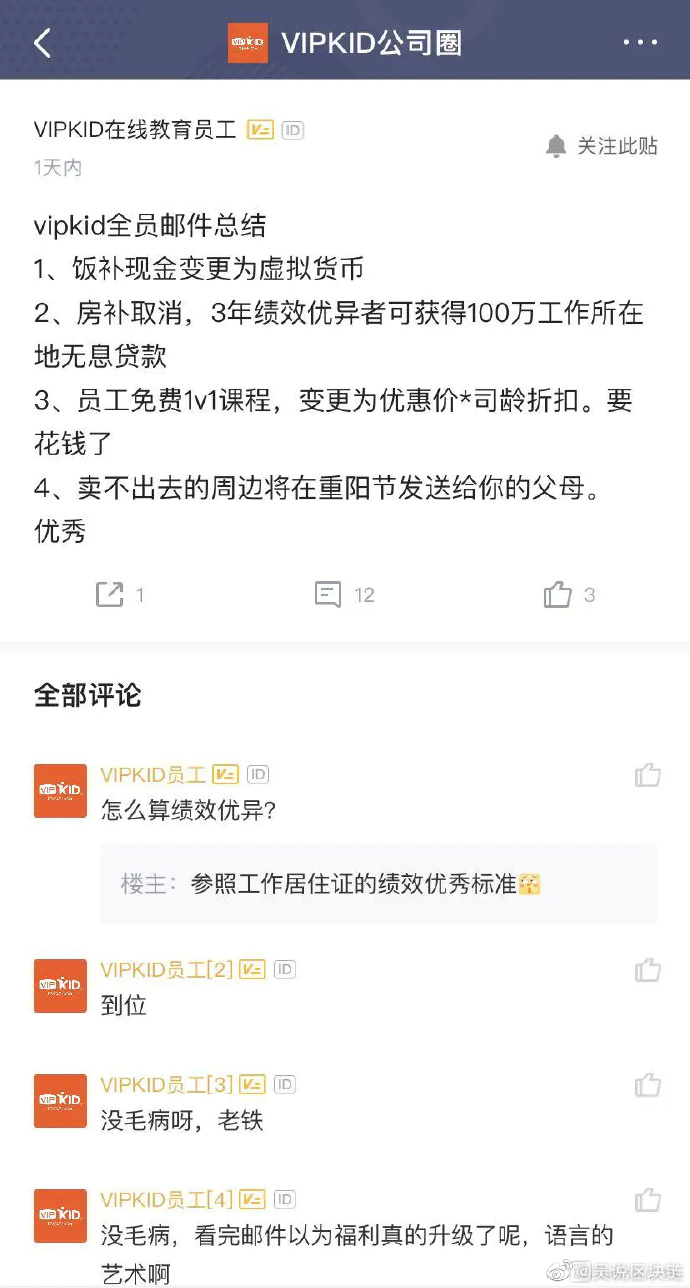 Today's panic and greed index is 61, and the level is changed from neutral to greedy

Zhong Jianzhong, vice president of China University of Political Science and Law: should optimize the arbitration procedure by means of modern communication technologies such as blockchain