FT price rises against the trend and hits a new high in the year, the biggest increase is over 12%

In the morning of April 28th, the exchange platform currency market fell, but the FT rose against the trend, FT/USDT price hit a new high for the year, the highest rose to 0.14803, the biggest increase of 24h exceeded 12%. Since then, the platform currency has rebounded under the lead of FT. On April 22, the Consensus Laboratory officially announced the appointment of Vice President Zhu Xi as the FCoin Eco Leader. The FCoin Ecology will be built around the Fractal public chain, with FCoin's restructuring and upgrade as the starting point, re-emphasizing in the field of digital asset trading and the pass economy. According to the FCoin announcement, the Fractal public chain will be launched in June, and the specific time will be announced at the May 24th annual general meeting. The market is generally optimistic about the development of Fractal public chain.

Hackers scan massively on Docker platform to mine cryptocurrencies

DEX Weekly: The total transaction volume of the Ethereum DEX project in the past week totaled US$23.95 million. 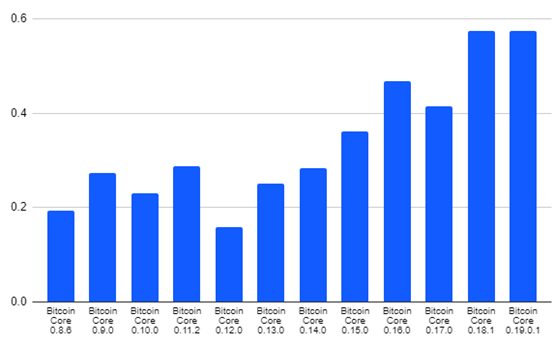 Blockchain changes 2020: start business without “bringing funds into the group”

Director of the Monetary Authority of Singapore: will combat financial crime by improving the ability to track encrypted transactions

The data shows that BTC has increased its block time and its market share has remained stable.