It's been a while since 2019. In the nearly two weeks of the new year, we have experienced the ups and downs of the currency price, and there is also a transaction on the Bitcoin main chain behind it. . We have made a certain summary of the data on the Bitcoin chain in December last year and will present it to everyone in the hope that the continuous data output will help practitioners in the blockchain industry to discover the rules and help their businesses. In this report, we will be divided into two parts, from the perspective of the overall situation of the data on the chain and the details of exchange data such as Binance and Huobi, to reproduce the data on the Bitcoin chain in the last month of 2019 in multiple dimensions. 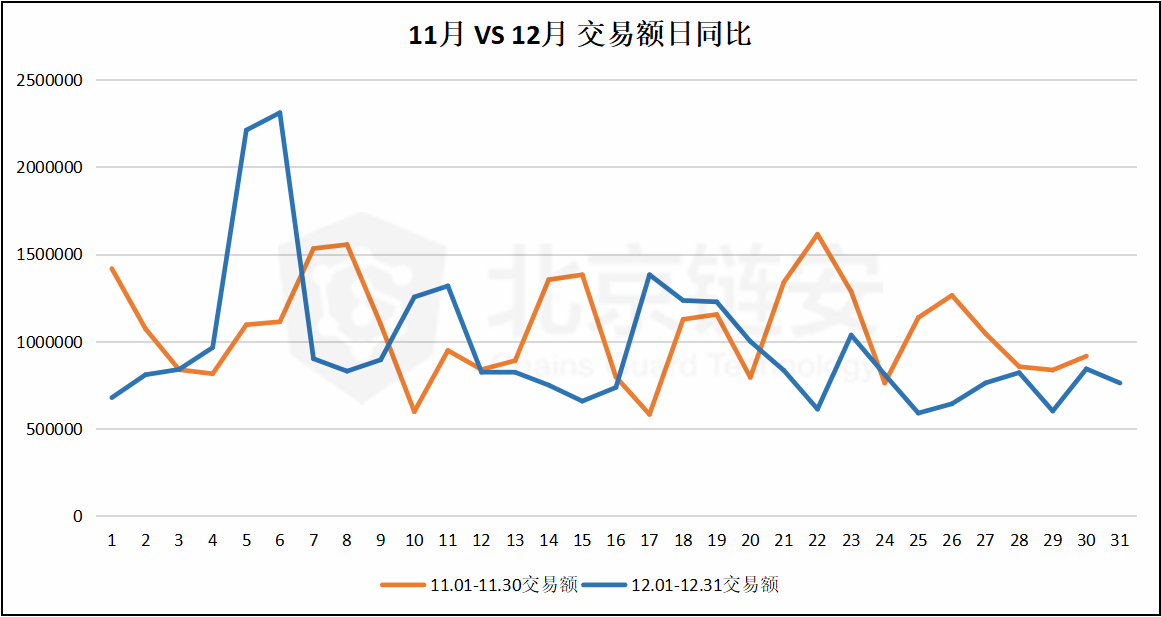 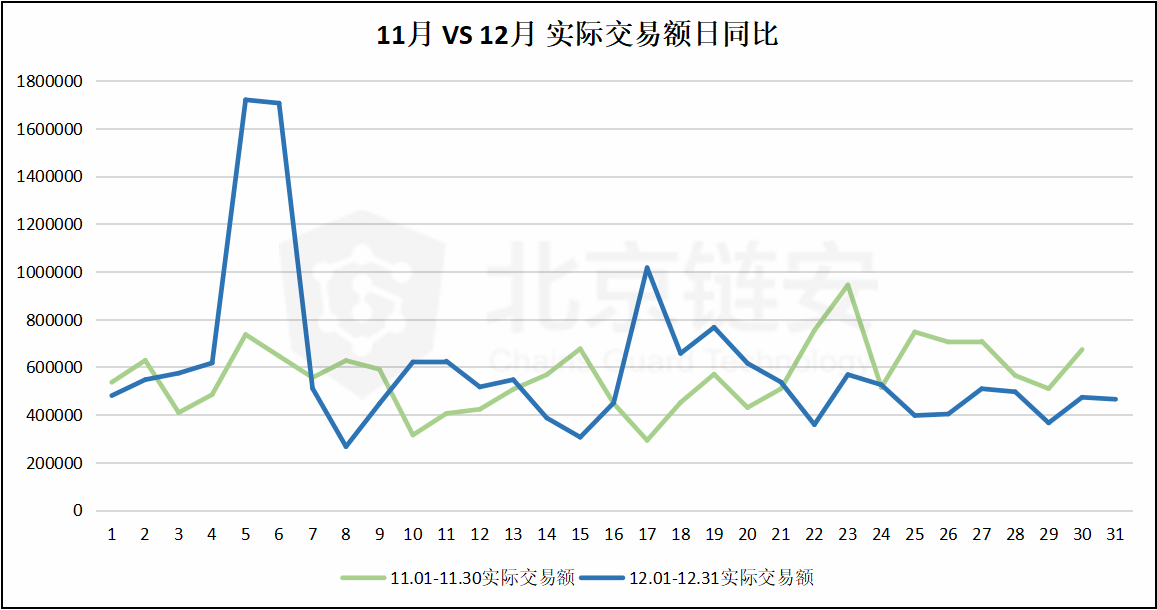 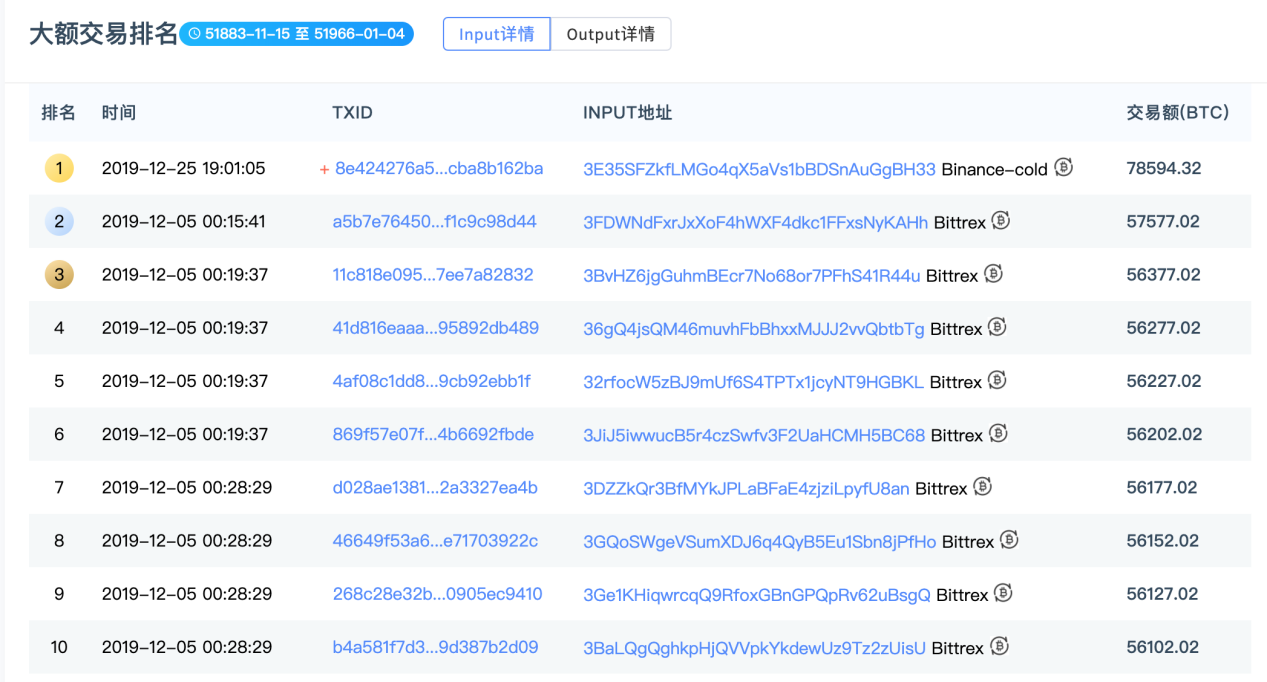 At the beginning of December, mainly on the 5th and 6th Beijing time, we can see that the transaction volume has surged. The reason is that Bittrex carried out the operation of a large amount of bitcoin and switched to a new address. On-chain transactions have surged, and the cumulative transaction value involved has exceeded 2.7 million BTC. If this factor is taken into consideration, the on-chain activity in December will be significantly reduced compared to November. From the point of view of Bittrex's operation, this coin withdrawal strategy will continue, so we will often encounter such data mutations in the future. In addition to Bittrex, Binance, Xapo, Coincheck, Bitmex, Bigone also have more than 10,000 large BTC-initiated transactions, but the actual transfer amount is not so large, and the frequency is limited, and the impact on the total transaction amount Relatively small. 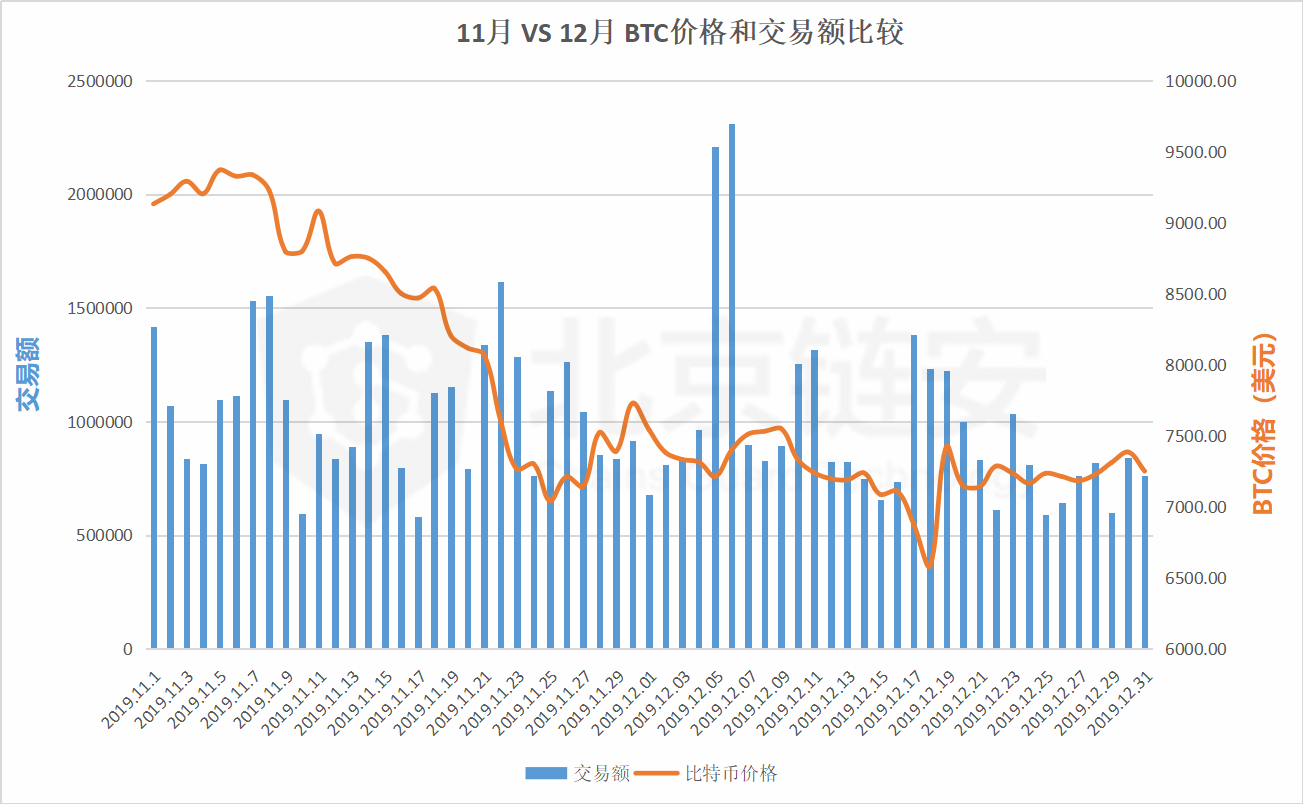 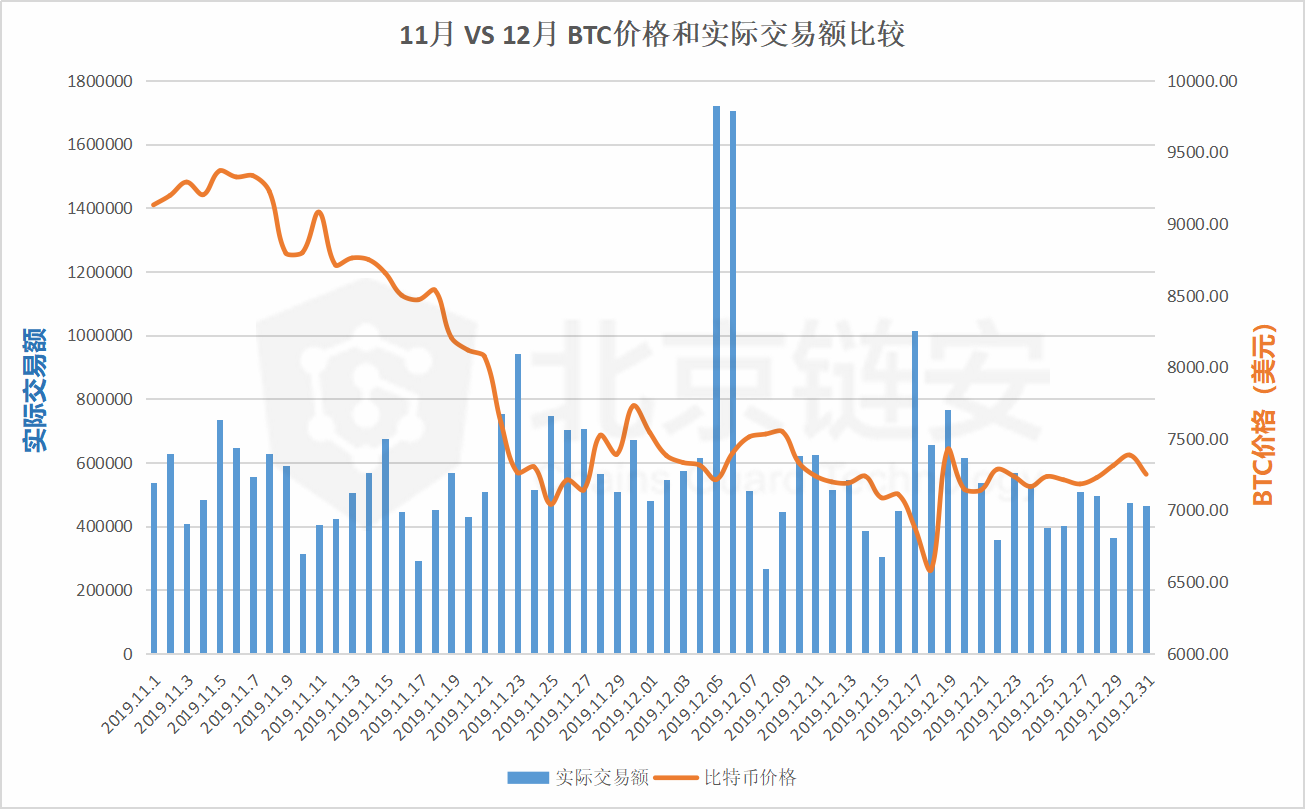 From the perspective of Bitcoin price, the price fluctuations in December are much calmer than in November, and they fluctuate within a limited range as a whole. If the special circumstances mentioned above on December 5 and December 6 are excluded, on-chain transactions The amount is basically accompanied by a relatively stable fluctuation in the price of the currency, which fluctuated relatively from December 17 to 19, when the price was relatively large. 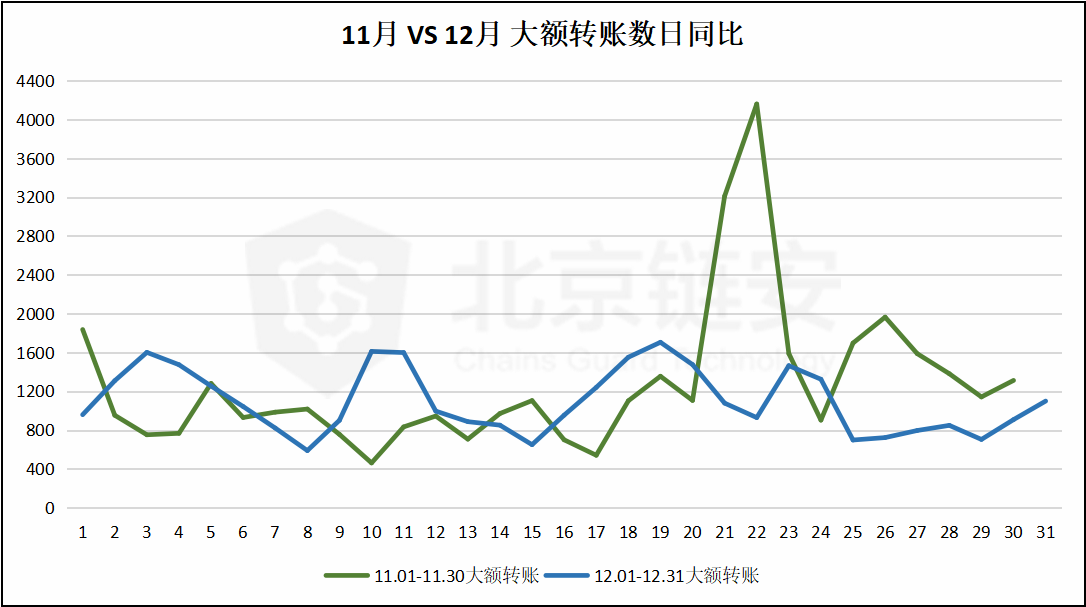 Compared with the transaction amount that may be affected by some special transactions, the large amount of transfers above 100BTC often reflects the activity of on-chain transactions.The number of large-scale transfers on the chain in December 2019 was 34,041, which was higher than that of November. 38,050 times decreased by 10.53%. 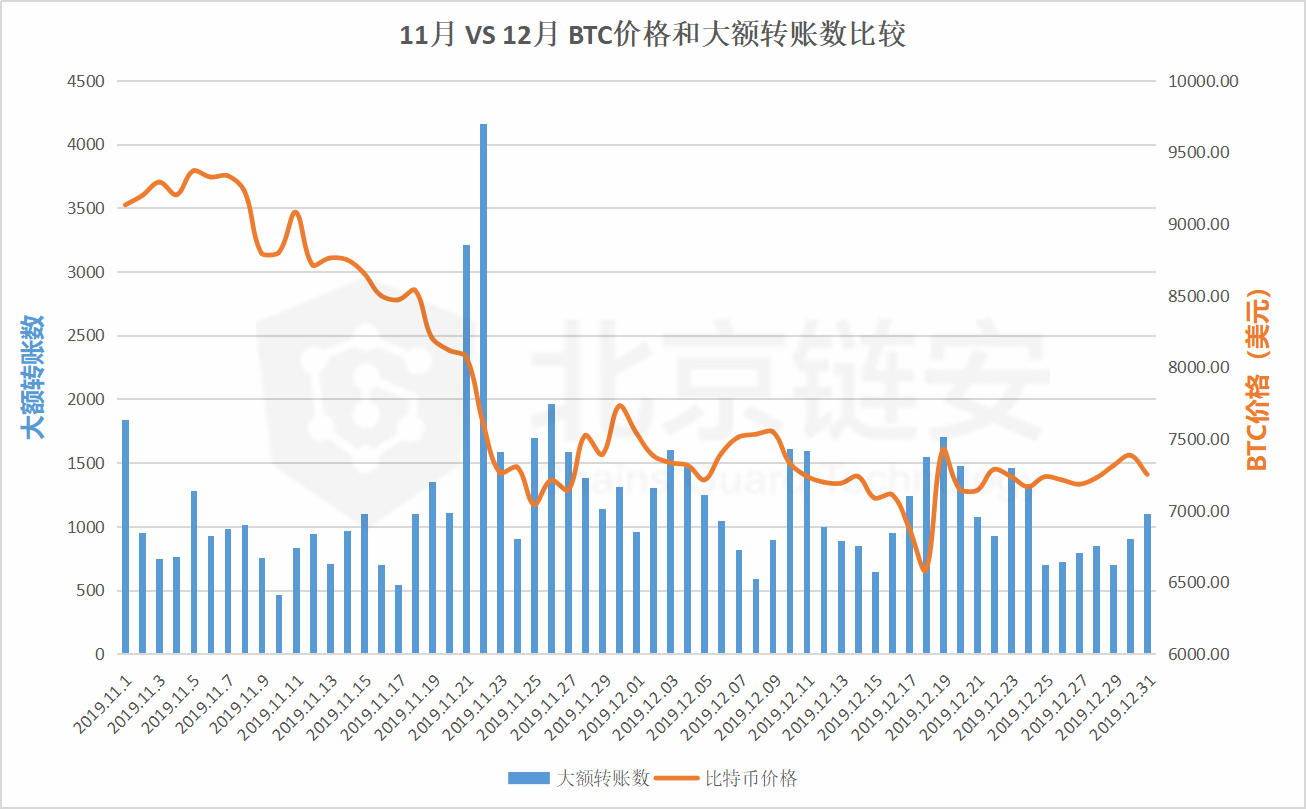 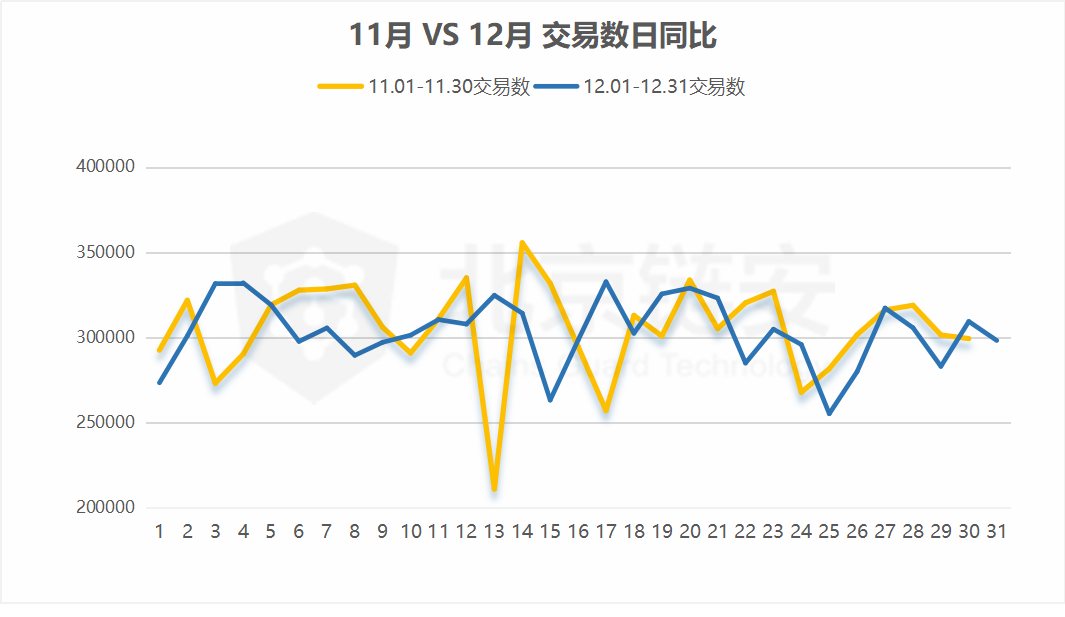 In terms of the number of on-chain transactions, the total number of transactions in December was 9414206, which is slightly higher than the 9.42816 in November by 2.74%. 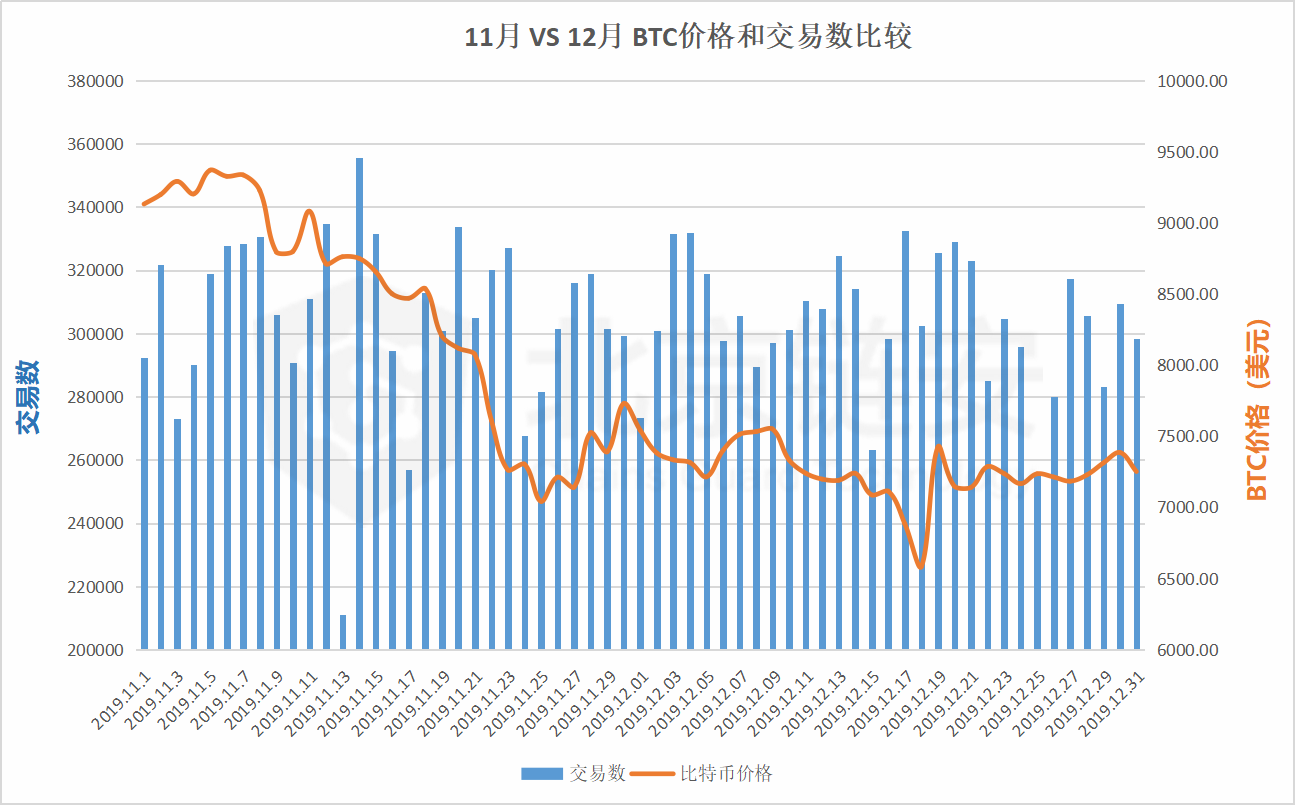 From the comparison of the number of transactions on the chain and the price of bitcoin in the past two months, we find that the overall fluctuation is still within a range, but it will not accompany the bitcoin price fluctuations.

Judging from the closing price of bitcoin and the number of transactions on the chain throughout the year since 2019, it will also be found that although the price of the currency has risen significantly, it has not risen since then. 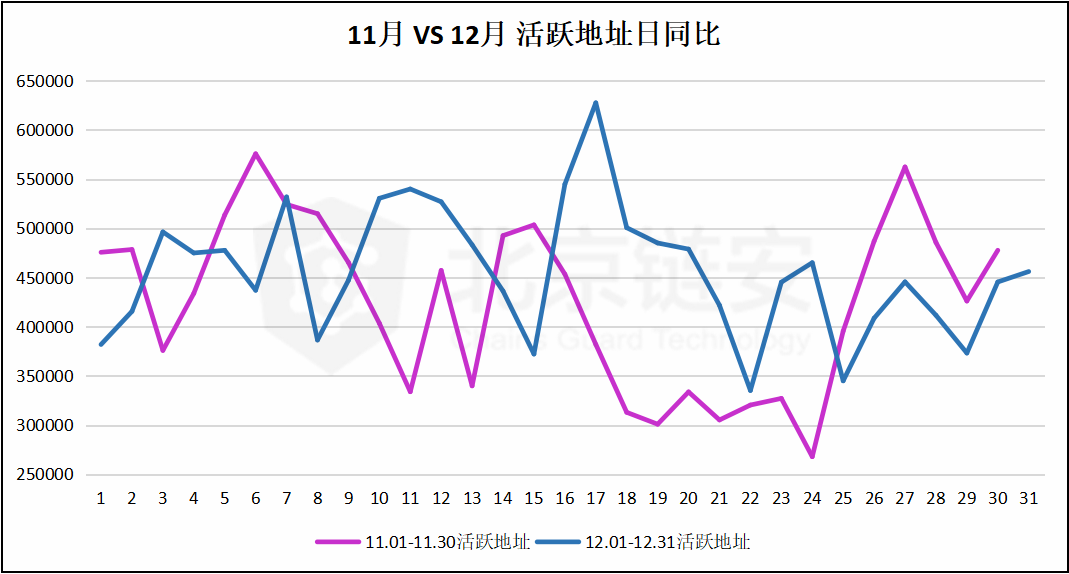 Next, please continue to pay attention to "ChainsMap Bitcoin Chain Data December Panorama Scanning (Part 1): Exchange Double Giants", and look at the wonderfulness of Binance and Huobi from the perspective of data on the Bitcoin chain.