Gavin Andresen was one of the earliest Bitcoin developers and was one of the very few people who communicated with Bitcoin by Satoshi Nakamoto, the inventor of Bitcoin, and now seems to focus primarily on Ethereum ecosystem. Gavin was the successor to the Bitcoin protocol maintenance designation before Satoshi Nakamoto disappeared.

"What is better than 'becoming your own bank'? Becoming a bank for everyone. I was surprised by the ease of use of Coinbase Wallet + Compound + Uniswap," he said in September 2019.

When Taylor Monahan, the creator of MyCrypto's Ethereum and token wallets, wanted to know the best place to store ETH in return, Andresen said:

"If you can afford the risk of loss, my advice is to 'sell a shovel to a gold miner'-become a liquidity provider at Uniswap."

With the coming of the new year, Andresen apparently gradually announced a semi-annual transition from Bitcoin to Ethereum, Andresen noted:

"CryptoKitties surprised me. I didn't expect people to pay so much for digital collectibles. It made me think, which is why it was fun for me," he said.

"PoolTogether is interesting to me for different reasons-it is a good example of Ethereum as a composable, interoperable smart contract platform."

PoolTogether is a lottery ticket that you will not lose. You can lend the eth you bought to the Compound dapp, and the interest earned is one of the tickets, and all other tickets will be refunded by eth.

The whole process is automated, showing one of the key values ​​of the world's computers, that is, you can automatically merge the code of other smart contracts, and you can use its services without any permission or license, etc.

However, the real obvious proof that Andresen turned to Ethereum could be his recent public statement on Ethereum's new privacy dapp Tornado.

Tornado is a bit more advanced than Aztec linked above, it hides people who are trading, and according to Tornado developer Roman Semenov, he says he is working on zkSNARKs and Plasma implementations of Ethereum.

Semenov seems a bit busy, so we can't fully understand how this works, but judging from their open source code, they seem to be using Merkel trees for accounting, in addition to zero-knowledge concise non-interactive knowledge arguments (ZkSNARKs).

Andresen pointed out that the amount of money coming in and out of the smart contract may be an identifier for your blockchain address, so it may be a way to anonymize users of this privacy-protected dapp.

His solution is to withdraw an unused address before sending it to the address you wish to send, which sounds like a "solution".

In fact, he is one of the few people who can meet the human resource requirements of 10 years of blockchain experience, because the Bitcoin Faucet website was founded in 2010 and each visitor gets 5 bitcoins for free.

More importantly, he may be one of the very few people who knows how to do sharding properly, and he has been suggesting this kind of parallelization in ancient history involving crypto time.

He used to work at Coinbase, and Coinbase almost fully supports Ethereum, so if he does participate in Ethereum, his participation would be a major development. 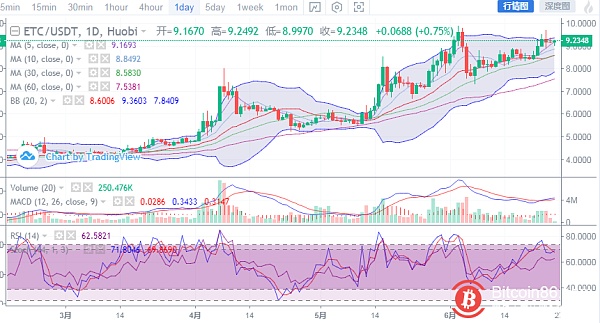 Coincheck margin trading leverage has been reduced from 5x to 4x