On Monday evening Beijing time, CME Bitcoin options on the Chicago Mercantile Exchange officially opened for trading. Another head trading platform has participated in the competition in the options market. Although the trading volume of CME Bitcoin Options on the first day of listing was not as good as that of long-established trading platforms such as Deribit and OKEx, the arrival of the news made more people pay attention to the Bitcoin Options market. This has also directly promoted the rapid increase in trading volume of the entire options market.

According to data released by Deribit ’s official Twitter recently, the total trading volume of the bitcoin options market on January 14 reached a record high. When the date-right market traded a total of 14,829 bitcoin option contracts, of which Deribit's trading volume Still holds an overwhelming advantage.

With the introduction of CME options products, it is expected that this volume segment situation will change in the future. However, this also means that the current trading volume level of the options market actually has considerable potential to be tapped. The CEO of Three Arrows Capital Su Zhu pointed out on Twitter a few days ago that this close to historical high volume level is just the beginning for the Bitcoin options market, and this number is expected to be constantly refreshed this year.

Some analysts pointed out that the buzz of the bitcoin options market implies that market participants are more optimistic about the future prospects of bitcoin, and this phenomenon may push the price of bitcoin to continue to rise. Especially after Bitcoin broke through the $ 8,000 mark, although the price has fallen back after hitting the 8900 line, and the pace of the rise is slightly hesitant, considering that the market has not shown a rapid diving callback, the current bullish momentum of the market is still getting Got a good hold.

In addition, market analyst @Hsaka pointed out that during the recent period of Bitcoin's rapid rebound, the trading volume of bitcoin futures contracts on the OKEx exchange has shown a very significant continuous volume performance. This phenomenon has been in the past few months. Very rare, it may mean that investors in Asian markets are concentrating on the cryptocurrency market, which will be of great benefit to the bitcoin price to maintain its upward momentum in the future. 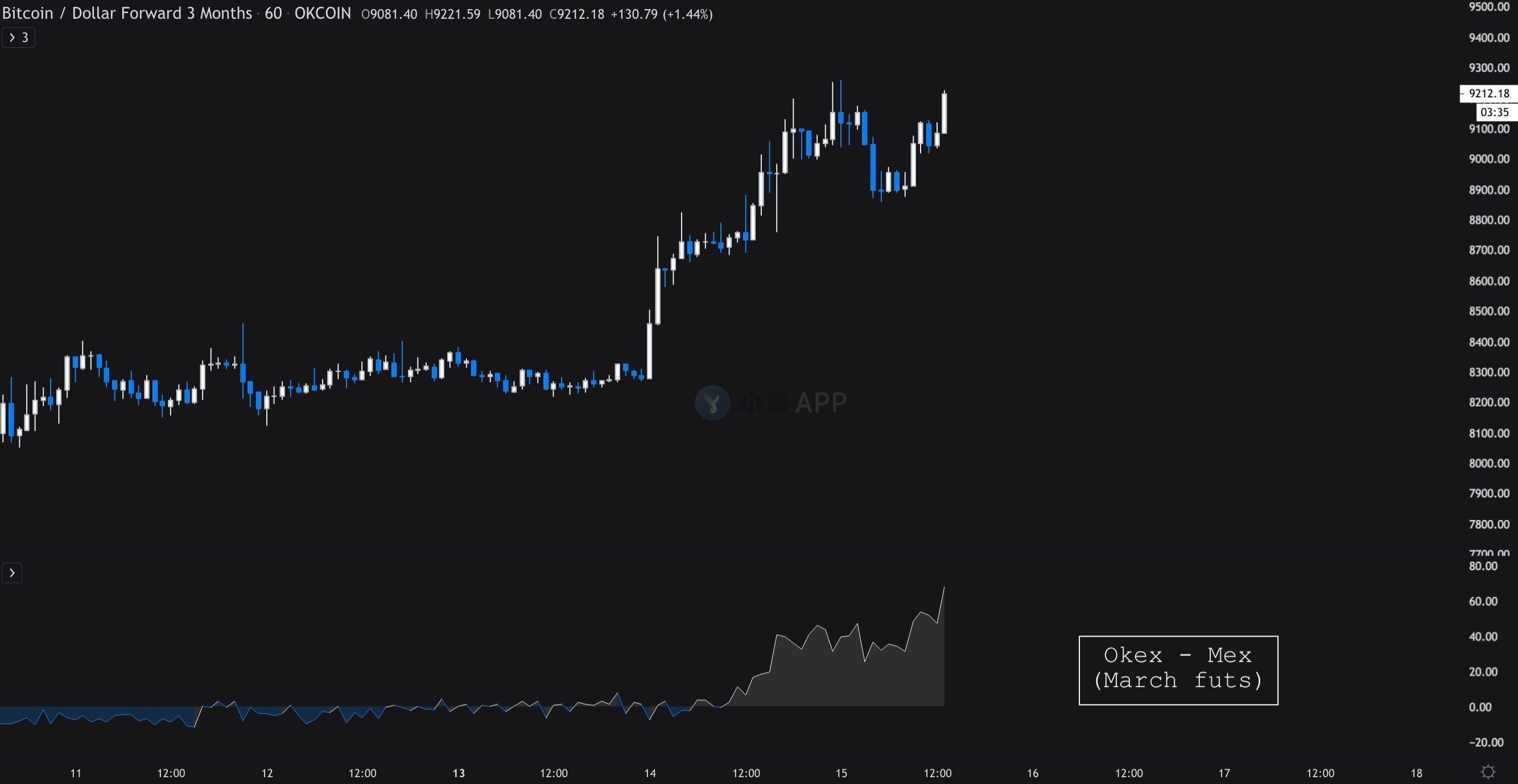 Whether the bitcoin options market is rapidly approaching historical highs and showing expectations of further refreshing existing highs, or OKEx bitcoin futures contract trading volume continues to explode in the short term, or Bitcoin is rising from a technical analysis perspective The momentum has not been substantially challenged for a series of reasons, and so on. What we can see now is that the Bitcoin market's buying support is very clear, which is undoubtedly good news for higher prices. Although the final impact of Bitcoin's upcoming reward halving event in the first half of this year is unknown, from the current market performance, Bitcoin will remain in a bullish position temporarily in the short term.

People's Daily: Efforts to promote the deep integration of modern technology such as blockchain with social governance

Jiang Zhuoer: Now is the initial stage of the bull market in the encryption market