From January 20 to January 24, the 2020 World Economic Forum in Davos, Switzerland (hereinafter referred to as the Davos Forum) was held. This is a feast for politicians, economists and entrepreneurs.

Last year's Davos Forum saw a downturn in criticism of cryptocurrencies, with much less interest in blockchain than in 2018. But the emergence of Libra in mid-2019, the advancement of the Chinese central bank's digital currency, and the landing of a large number of blockchain use cases have given Davos a new chemical reaction to the blockchain.

Interlink Pulse specializes in reviewing the blockchain-related content of the Davos Forum this winter.

The collision of old and new forces

This winter, Davos has 7 major themes in four days, including "Healthy Future", "How to Save the Earth", "Better Business", "Beyond Geopolitics", "Fairer Economy", "Technology for Good" "The future of work." Many of these topics are related to blockchain.

On the morning of January 21, a special seminar entitled "Reshaping the Future of the Financial and Monetary System" was held under the theme of "Better Business". The discussion included: How has the financial competition landscape changed in the past year? What are the challenges in 2020? What is the strategy for the next ten years? And platforms to reshape the financial and monetary system.

When releasing these discussions, we must not mention the blockchain. Blockchain has been born to reshape the financial and monetary system. Over the past year, the blockchain has had a substantial impact on the financial and monetary system. Some blockchain systems have bypassed Swift for cross-border transfer payments. JP Morgan's blockchain system connects more than 300 financial institutions around the world, and Libra wants to achieve peer-to-peer transactions without a bank with the world's largest user population.

The speaker arrangement for this topic is very interesting. The first to play was Jeremy Allaire, CEO of Circle, the world's largest native blockchain company-yes, it was one of the guests invited by Sun Yuchen to take a banquet after taking a photo of Buffett's lunch last year.

Sun Yuchen is not reliable, this Jeremy Allaire is still relatively famous in the Western scientific and technological circles. Circle was founded in 2013. Since its establishment, the company has been favored by capital, and has so far received a total of 250 million US dollars. Investors include Goldman Sachs, IDG Capital, and hedge fund Pantera Capital.

Jeremy Allaire is also an activist on the blockchain to reshape financial relationships. On July 30 last year, the U.S. Senate Banking Committee will hold a hearing to discuss current and potential regulation of the cryptocurrency and blockchain industry. Jeremy Allaire called on Congress to consider digital assets as a new asset class, as current regulatory burdens may make it difficult for U.S. companies to do business. "The law of 100 years ago cannot be used to regulate the current digital currency."

In this special forum, Jeremy Allaire may be able to get the support of another speaker, who is Michael Corbat, the current CEO of Citigroup. Back in November 2017, Michael Corbat was on the blockchain side. He once believed that blockchain has great potential. He also predicted at the time that governments would introduce central bank digital currencies.

Michael Corbat even labeled himself a "true cryptocurrency believer", which is not common among executives at traditional financial institutions. Under the leadership of Michael Corbat, Citibank is probably the most friendly commercial bank for blockchain. Citibank has also used blockchain for specific applications since 2017.

With Jeremy Allaire, there are also some traditional financial institution leaders including Mario Greco, CEO of Zurich Insurance Group, and Katherine Garrett-Cox, CEO of Gulf International Bank (United Kingdom). No preference or opposition to the blockchain.

Two obsessions with blockchain and two heads of traditional financial institutions may collide with each other. "Reshaping the future of the financial and monetary system" is an appetizer of blockchain and digital currencies. On the afternoon of January 23, "Creating a Trustworthy Digital Currency" under the theme of "Technology for Good" is the main course of related topics .

Unlike appetizers, the guests of the main course are supporters of digital currency. David Marcus, the head of Facebook's blockchain business, needless to say that in the face of aggressive issues in the U.S. Senate, David Marcus has vigorously defended digital currencies. His latest point is about Bitcoin. He believes that Bitcoin is an asset, because it is too volatile to serve as a transaction medium. The implication is that a new type of digital currency is needed to stabilize it.

Sheila Warren, project leader of the World Economic Forum's blockchain policy, is also a deep believer in digital currencies. At the 2018 Davos Forum, Sheila Warren "wagged the flag" for the blockchain.

Sheila Warren advocated that the United States valued digital currencies earlier than David Marcus. It was stated in 2018 that WeChat and Alipay let China overtake the curve in the payment field, and the United States fell behind. Sheila Warren also promoted the implementation of blockchain in government anti-corruption, cross-border trade, and supply chain finance.

Another guest at the top of the global financial ranks is Agustin Carstens, president of the Bank for International Settlements (BIS). In July last year, Agustin Carstens stated for the first time that he "supports central banks in accelerating the issuance of central bank digital currencies", and in November appointed the head of the BIS Innovation Center to chair the research and development of BIS digital currencies.

Neha Narula is the head of the MIT Digital Currency Project and a heavyweight guest on this panel discussion. She has a PhD in computer science from the Massachusetts Institute of Technology and has worked at Google and Digg. Expert in scalable databases, security software, cryptocurrencies and online privacy. In the West, Neha Narula is an evangelist for digital currencies. He introduced digital currencies in a TED speech in 2016 and was even invited by the US government. She has long proposed the relationship between digital currency and financial inclusion. She believes that digital currencies, like email, have evolved from scholars, researchers, and tech geeks to become a part of everyone's daily life.

Two politicians were also involved in the discussion. One is Valdis Dombrovskis, the former Prime Minister of Latvia and the European Union's Commissioner for Financial Affairs. He advocated for the regulation of cryptocurrencies, and he was cautious about Libra's entry into the EU after the Libra white paper was released. Although Valdis Dombrovskis is not opposed to digital currencies, he may be at odds with David Marcus. The other is Tharman Shanmugaratnam, former Deputy Prime Minister, Minister of Education, and Minister of Finance of Singapore. He may be more welcome to Libra, after all, Libra lists the Singapore dollar as a basket of currencies. However, Tharman Shanmugaratnam has argued that Libra accepts the Payment Services Act and must comply with anti-money laundering and crackdown on the financing of terrorism regulations. 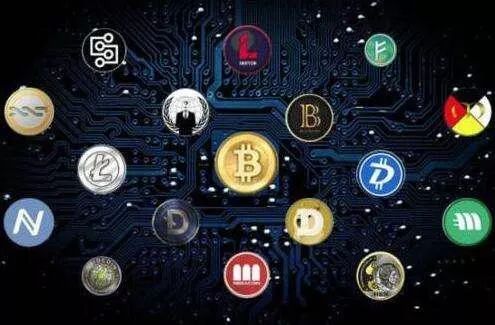 It is regrettable that, as the early and fruitful research on digital currency, the People's Bank of China should participate in the discussion of thematic forums, but the current list of meetings shows that no representatives are present.

This makes the international currency of digital currency a bit sideline. Among the above guests, at least three were "hostile" with a rival perspective on Chinese digital currency or existing electronic payment. Neha Narula even participated in a crisis simulation organized by former senior US government officials, entitled "Digital Currency War: "National Security Crisis Simulation", the scenario is: North Korea successfully released the digital currency assisted by the People's Bank of China, thereby bypassing the global banking system.

Back to the Davos Forum, there are many topics that may discuss blockchain, such as "shaping the future of the digital economy", "promoting transparency and trust in global supply chains", "the status of central banks", and so on.