Editor's note: This article first appeared on WeChat public account zinc link (ID: xinlianjie-), pay attention to the public account, and explore the value of the industrial blockchain with us. If you need to reprint the article, please apply for white list on WeChat.

This week, more than 70% of the 58 blockchain-listed companies have annual reports, and 13 of them are expected to double their net profit; the "Guangzhou Public Law Chain" has been completed and applied, and the city's appraisal institutions have access to it, and electronic judicial appraisal opinions are stored and collected for external evidence New model of management and management, cracking down on forensic appraisal; Beijing Internet Court's "balance chain" cross-chain certificate data has reached hundreds of millions. Second, the local two sessions kicked off, with new applications and expectations for blockchain technology.

I. Industry Information and Reviews

1. Statistics: Over 70% of the 58 blockchain companies are happy with their annual reports, of which 13 net profit is expected to double

Comment: Capital and supervision have jointly helped the development of the blockchain industry. The application of the industry is expected to accelerate, but the profitability may not be so optimistic.

Comment: The difficulty of forensic appraisal management has always been a big problem for judicial organs and society. The application of the "public law chain" and the comprehensive implementation of electronic forensic appraisal opinions have better solved this problem.

3. Shanghai Proposals: Form the integration of collection, analysis and application of information blockchain to further improve the efficiency of government governance and policy implementation

During the 2020 Shanghai Two Sessions, the Shanghai Municipal Party Committee submitted a proposal to make full use of Internet technology to form an integration of the collection, analysis, and application of the information block chain to further improve the efficiency of government governance and policy implementation. (Surging)

Comment: Blockchain has become a hot topic in the local two conferences. In government affairs and social governance, blockchain will play an important role.

4. The Libra Association is hiring a technology project manager and will work with TSC to guide the product roadmap

The Libra Association is hiring a technology project manager and will work with the technical steering committee to guide the product roadmap and help facilitate the participation of the developer community. According to previous reports, the Libra Association announced on Thursday that it has established a Technical Steering Committee (TSC) to coordinate the design and development of the Libra platform.

It is reported that the committee is composed of Anchorage co-founder Diogo Monica, Calibra core product leader George Cabrera III, Bison Trail founder Joe Lallouz, Union Square Ventures partner Nick Grossman and Mercy Corps emerging technology director Ric Shreves. According to the announcement on the Libra developer page, this is the latest update to the Libra roadmap following the withdrawal of founding members last October. This newly announced group will oversee the project's technology roadmap, guide code base development, and try to build a developer community around the Libra project.

Comments: This year is the decisive period for digital currencies. Whether it is launched on time and the first one is launched, countries are racing.

5. The cross-chain certificate data of the Beijing Internet Court's "Tianping Chain" has reached hundreds of millions.

Among them, the Beijing Internet Court “Tianping Chain” has greatly improved work efficiency by using technology and smart contract technology. It has solved the “trilemma” of difficulty in obtaining, storing, and identifying electronic evidence in Internet trials. At present, cross-link access has been completed. There are 19 blockchain nodes and hundreds of millions of cross-chain certificate data. Automatic contract technology enables the automatic execution of the mediation agreement. (Beijing News)

In order to solve the problem of opaque settlement and possible fraud among e-commerce platforms, merchants, and banks, Baidu Super Chain uses the blockchain technology independently developed by Baidu as the bottom layer to build a merchant clearing alliance chain for Baixin Bank, merchants and e-commerce platforms. The alliance chain nodes can obtain the first-hand transaction information at the same time, and guarantee the lossless transfer of trust. According to the immutable and real data on the alliance chain, Baixin Bank cleared it. In addition, in order to ensure the security of the information of the commercial platform, the transaction information on the alliance chain will be desensitized to ensure that the merchant's sensitive information is not obtained by non-affiliated chain institutions.

Comment: The combination of blockchain and finance goes deep and far, and it can alleviate many problems in the financial field in terms of trust, efficiency, cost control, risk management, and data security.

In order to implement the spirit of the important speech of the 18th collective study of the Political Bureau of the Central Committee and better promote the industrial innovation and development, on January 11, hosted by the National Industrial Information Security Development Research Center, blockchain technology and data security industries and information The Ministry of Chemical Industry Key Laboratory (hereinafter referred to as the “Key Laboratory”), a work exchange conference hosted by Zinc Link and providing media support was held in Beijing.

The theme of the conference was "Chain to the Future-Blockchain Technology Enabling Industrial Transformation". Experts from academia and industry gathered together to exchange and discuss the development of blockchain technology and the experience of application in various fields.

Yao, a researcher in the State Council's Counselor's Office and former director of the Digital Currency Research Institute of the People's Bank of China, recently published a paper entitled "High-quality Blockchain Development and Data Governance." The article points out: how to develop a good blockchain is a key proposition that needs to be answered urgently. This article believes that it is a pragmatic strategy to start with data storage and sharing. Considering that the technological frontier is in the public chain, we should support the research of the public chain. In order to prevent risks, the public chain must be transformed.

Based on the actual environment, the alliance chain may be a better choice for application landing. The application and innovative development of domestic cryptographic algorithms should be strengthened to ensure the security and controllability of China's blockchain. At present, the most important thing is that we should promote the high-quality development of the blockchain. To this end, we need to strengthen on-chain and off-chain data governance (Data Governance) and establish an effective blockchain digital governance system. (Tsinghua Financial Review)

2. Director of Beijing Financial Bureau: No virtual currency exchange license will be issued in China

3. Li Lihui: At this stage, the legal digital currency may adopt a "horse racing" mechanism and does not rely on a single blockchain technology

On January 13, Li Lihui, former president of the Bank of China, said at the "Digital Currency Future" seminar that if China today launches fiat digital currencies, since blockchain technology has not yet reached the high level of concurrent demand for retail sales in large markets, it should be It will remain technologically neutral and does not rely on a single blockchain technology, but it is more likely to adopt a "horse racing" mechanism. Some designated institutions will conduct research and development of different digital technologies in parallel to observe the needs of the market in the future and which technology route can be taken. Better, let's decide at that time (which technology to use). (China Securities Network)

4. Zhang Yifeng: The "Account Information Protection Based on Token2.0 Standard" project has nothing to do with blockchain

The reporter learned from people familiar with the matter that the Beijing Financial Bureau will release a regulatory sandbox report recently. Among them, China UnionPay, Bank of China, China Everbright Bank, etc., and Du Xiaoman Financial, Meituan, JD.com, Suning and other payment platforms have been selected. "Account Information Protection Based on Token2.0 Standard" project. Zhang Yifeng, director of the China Banking Research Institute of Blockchain, told reporters that this has nothing to do with blockchain and is a term before bank card payment, called payment tokenization technology. In order to pay without using a bank card number directly. (Glonghui)

5. Chen Weigang, Banking Regulatory Commission: The maturity of the blockchain represents the arrival of the digital economy era

On January 15th, at the "Break the Boundary · Fusion Blockchain and Digital Finance Summit Forum", Chen Weigang, former vice president of the party school of the China Banking Regulatory Commission and director-general supervisor of the board of supervisors of the State-owned Financial Institutions of the China Banking Regulatory Commission, said that the maturity of blockchain represents The advent of the digital economy. He said that digital is the core production factor in the future. Data is the most important means of production in a digital society. Struggling for means of production must not be violated by any dynasty. Among them, open source is the most important development direction of the blockchain, and closed technology has no future.

At the 13th Asian Finance Forum on January 14, Ba Shusong, Chief Chinese Economist of the Hong Kong Stock Exchange, said that with the expansion of Libra in some economies, it will form part of the existing legal tender of different countries. Instead, the government's currency issuance rights are subject to corresponding restrictions, which constrains monetary policy, which may make these economies increasingly dependent on fiscal policy. (Beijing News)

Tan Ruijian: With information encryption technology, blockchain will not be harmful to data

Tan Ruijian, Risk Director of Hong Kong Trade Finance Platform Co., Ltd. said that the blockchain can ensure that anyone who retrieves and analyzes the data can obtain the data they trust, which will not have any harm to the data and will not have any impact on security. Speaking of information encryption technology, he believes that no matter whether it is import or export, the relevant parties put all information in the blockchain. If put in the data, it will not be tampered with and changed, and there will be no false information from a single platform. Presentation, so the technology of blockchain will be well developed in the future. (Sina Finance)

7. Review of the content of this week's sharing meeting-Ma Hong, founder of Haofeng Blockchain and Chinese Certified Public Accountant

Utilizing the "time stamp" of the blockchain technology, the "three-type bookkeeping method" for accounting bookkeeping has been achieved. This completely changed the “double-entry debit and credit method” that has been in existence for more than 500 years. The implementation of financial accounting block chain, audit block chain, tax block chain and other application projects will completely reform the current phenomenon of financial fraud and financial fraud.

Without security, the information society will become a ruin in the dark, and there is no prerequisite for the development of the blockchain. Once the network is attacked by virus information, it will "do bad things." Blockchain security issues can only be solved with trusted computing 3.0 level protection. Because the blockchain is a new type of network application, making full use of cryptographic technology can solve the tamper-proof and non-repudiation of the distributed ledger of the blockchain. It is necessary to strengthen the security of the secret itself. Now the blockchain does not talk about it.

Wany Summit 丨Lucy Gazmararian: It is expected that the reverse merger activity of Q4 blockchain company will increase in 2019 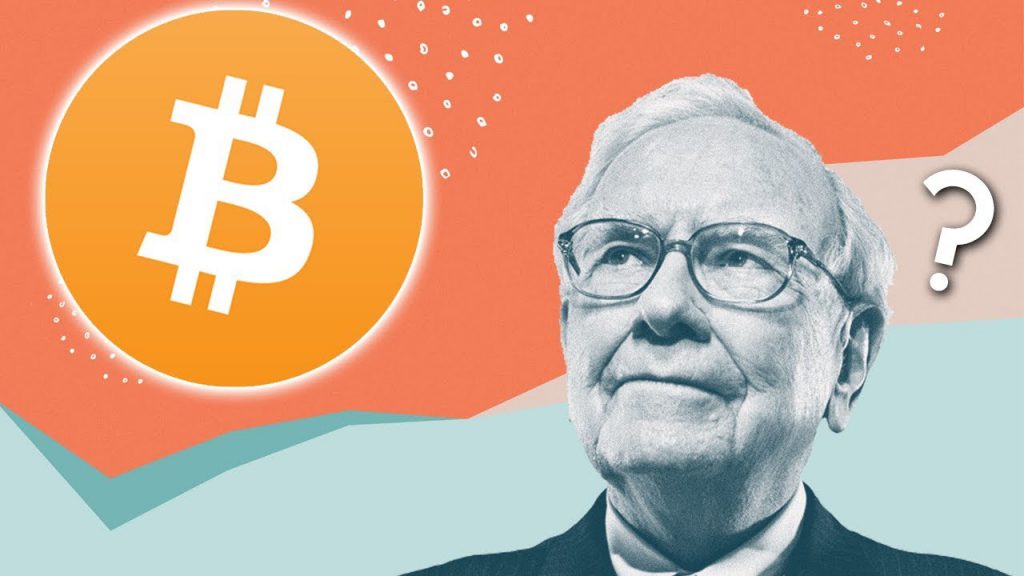