It's been a while since 2019. In the nearly two weeks of the new year, we have experienced the ups and downs of the currency price, and there are transactions coming and going on the Bitcoin main chain behind it. We have made a certain summary of the data on the Bitcoin chain in December last year, and will present it here to everyone, with continuous data output, to help practitioners in the blockchain industry to discover the rules and help their businesses. In this report, we will be divided into two parts. Earlier, we have analyzed the data of December from the perspective of on-chain data. In the following content, we will discuss data on exchanges such as Binance and Huobi. From the perspective of details, the on-chain data trends of the two head exchanges in the last month of 2019 are reproduced.

From the entire December, that is, from December 1st to December 31st, Binance Exchange inflows 197211.06BTC, outflow 215340.12BTC, and net outflow 18129.06BTC. At the time of statistics, we excluded such as hot and cold wallet transfers within Binance. Case. 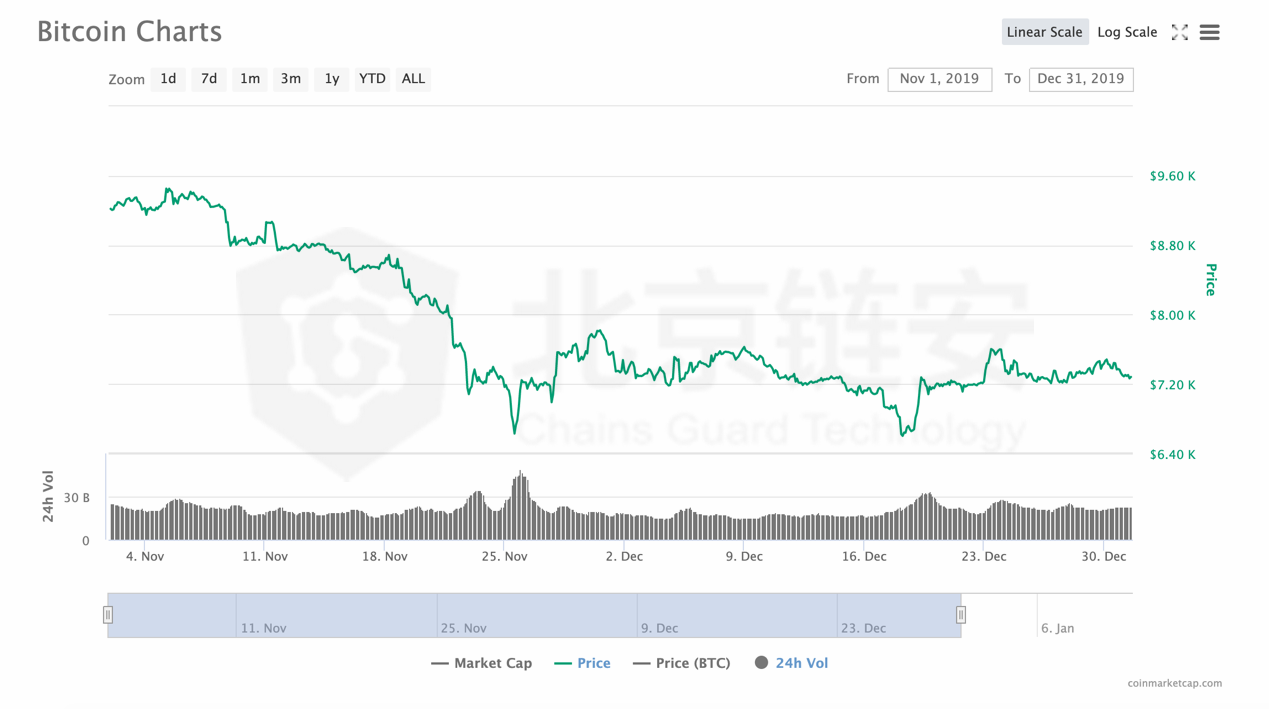 However, we should also see that in terms of the Bitcoin price trend from November to December, the degree of volatility in December is much lower than in November. From the previous data, the volatility of the price of Bitcoin on core exchanges The impact of Bitcoin in and out is greater.

From the comparison of the net inflow of bitcoin Bitcoin in November and December and the price, it can also be seen that during the price change period, the net inflow of bitcoin on Binance Exchange fluctuated more. However, during the period when the price fell further in November, Binance showed a net inflow situation as a whole, entering a period of relatively volatile prices in December, and more bitcoins were flowing out of the exchange. It seems that they are waiting for trading opportunities.

Compared with Binance, Huobi most of the daily bitcoin inflow and outflow difference is not so large. Throughout December, the Huobi Exchange inflowed 190625.24 BTC, at the same time outflow 184148.58 BTC, monthly net inflow of 6476.66 BTC. It can be seen that the two top exchanges in the industry, Binance and Huobi, are equally in terms of bitcoin transactions on the chain. The inflows are similar, but the large outflow of Binance in December caused a large net outflow.

So, which exchanges did the BTC proposed by Binance Exchange go to in December? After our analysis, the data of the top 20 exchanges that can be identified are listed.

We can see that in general, the main destination of Bitcoin outflow from Binance is its head exchange with the same file. The American exchange Bitfinex and coinbase lead, and OKEX and currency follow closely behind. Bitfinex has undertaken 14000. The remaining bitcoins from Binance. It should be noted that this is a superimposed statistics of transactions in December, so Bitcoin may also come and go during this process.

We can compare the December data with November, and we can see that most exchanges have not changed much in the two months. The main changes are reflected in the two exchanges Bitfinex and coinbase. 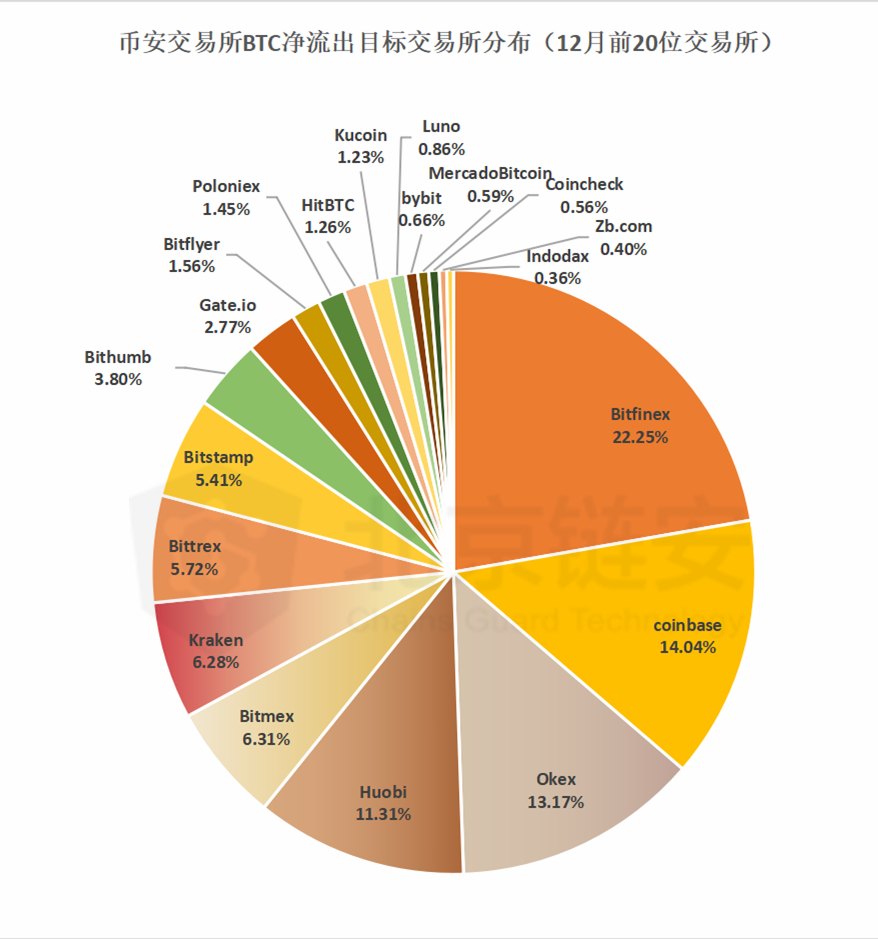 Disclaimer: The above data is obtained by Beijing Chainan ChainsMap system based on public information analysis on the Bitcoin network chain. It is only used for data research and analysis and does not guarantee absolute accuracy. We welcome all parties in the industry to testify and discuss together.

Senior economist at the Swedish central bank: Libra indicates that the central bank has not met the demand for cheap and efficient cross-border payments