On January 18th, the CFTC released the latest weekly CME Bitcoin Futures Weekly Report (January 8-January 14th). There was a wave of rapid callbacks in the statistical interval, but it did not destroy the turbulent rise in the previous period. In this phase, the market basically remained in a bullish situation at the beginning of the year.

The number of total open positions (total open interest) rose slightly from 5400 to 5405 in the latest issue of data. This value continues to hit a new high since February 7, 2019. In the case of a market correction, the market participation enthusiasm did not appear. Particularly obvious signs of cooling, this type of open interest at a high level in the past year remains to show that the surge in the previous period of data is not an occasional "unexpected phenomenon." 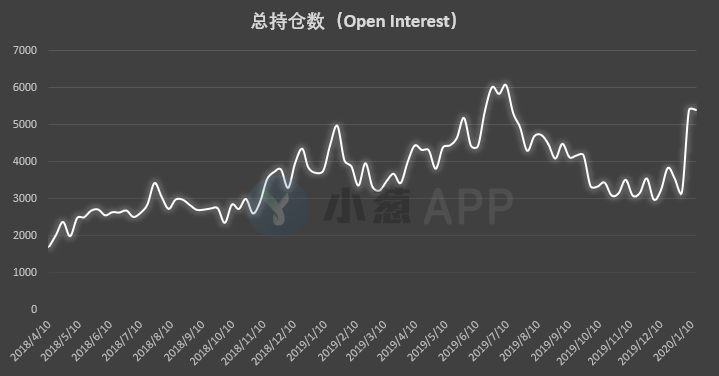 From the point of view of data, the long positions of larger brokers decreased from 338 to 272, and the short positions fell further from 331 to 300. The net long position that appeared on Monday was reopened in just one week. It has been damaged. Although this type of account has been lightened in both short and long positions in the latest statistical cycle, the strength of the reduction of long positions is significantly greater, which shows that the bullish attitude of such accounts to the market outlook has softened, especially In the absence of a significant pullback in prices, long positions in this type of account have continued to increase sharply in the past and have stopped abruptly, especially after a short transfer to net long positions, which can be considered to be a short return. It is a callback warning signal given by large institutions for the market outlook. 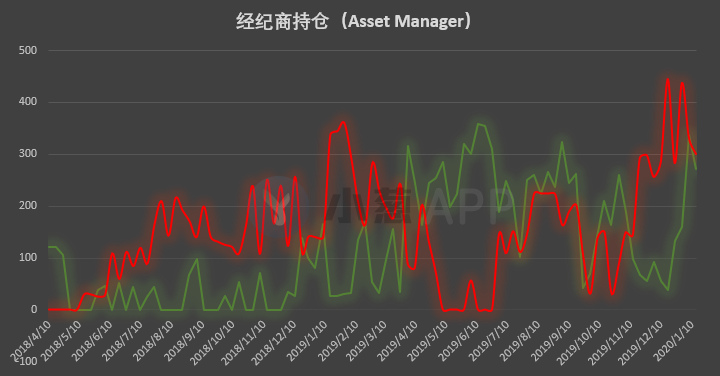 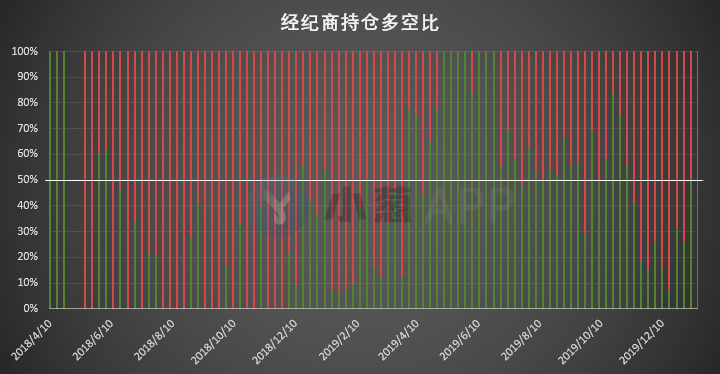 In terms of leveraged funds, in the latest statistical cycle, the number of long positions in this type of account increased further from 2,517 to 2,688, and the number of short positions fell from 3,661 to 3,339. After the long and short two-way synchronization surge in the previous period of data, this type of account in this period of data gives a more directional position adjustment action. Long orders continue to increase and short orders are reduced. In the case that multiple orders have previously reached a new high level for nearly half a year, it is equivalent to throwing a very clear bullish attitude. Of course, because the current positions of such accounts are still in the state of headroom, this "bullish" view is more of a short-term level of more sentiment. 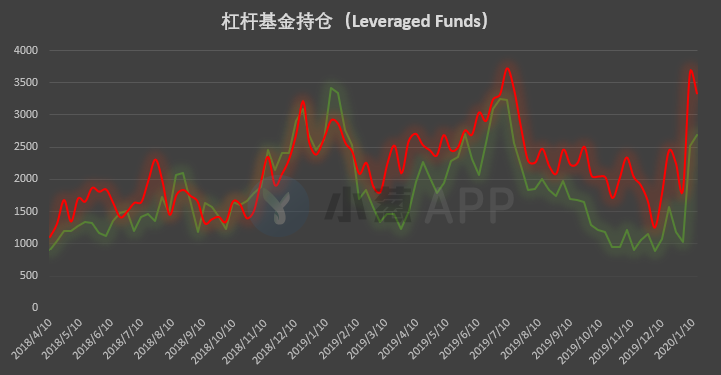 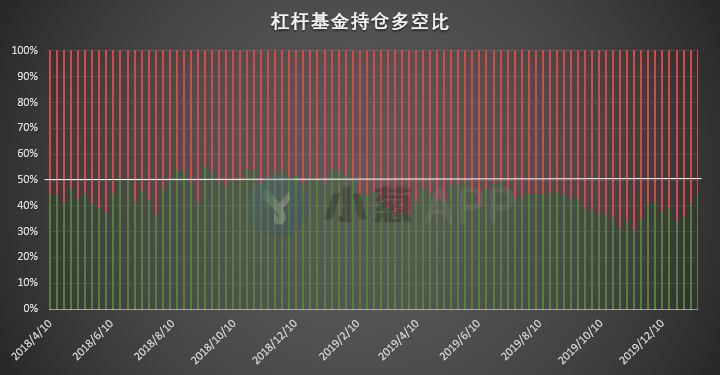 In terms of large positions, long positions fell from 464 to 342, while short positions rose further from 786 to 1043, and short positions continued to refresh their new highs since September 17 last year. Different from the synchronous increase of the previous period of data, this type of account also gives a very clear unilateral signal in this period of data. The substantial increase in short orders and the adjustment of multiple positions significantly reduce the position adjustment. Bitcoin's market outlook is strongly bearish, and there is no significant adjustment in the price level, but the situation continues to rise, which means that such accounts are currently betting on price corrections. 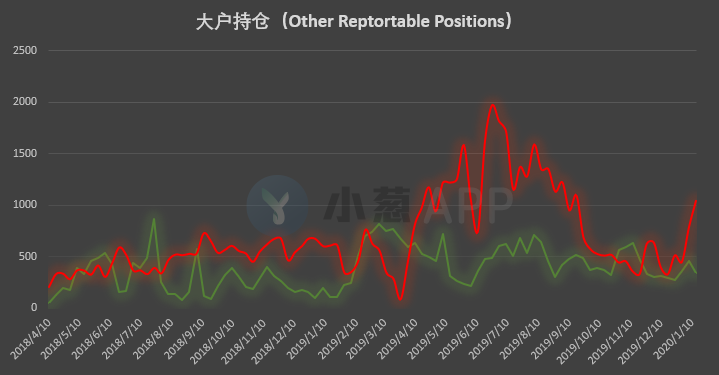 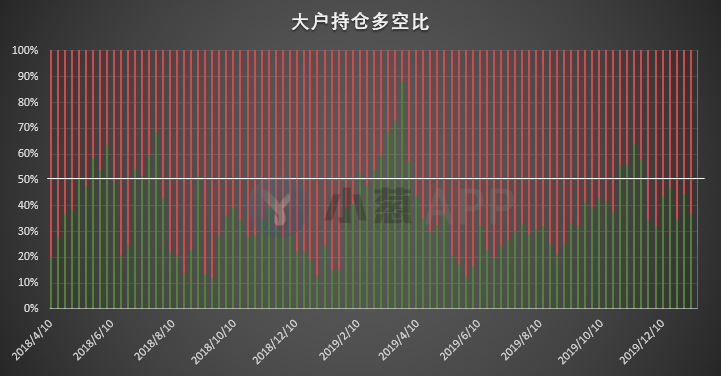 In terms of retail positions, multi-party positions rose further from 1757 to 1774, continuing to record a new high since August 13, last year, short positions rebounded from 322 to 414. In the latest statistical cycle, there has been a simultaneous increase in retail positions. However, it should be noted that the increase in short positions in this type of account is significantly larger than the increase in long positions during the same period. Although the current net percentage of such account positions is unshakable, the apparent increase in short positions in this type of account last traced back to mid-to-late November last year, and the market soon ushered in a similar signal shortly after the last time a similar signal appeared The strength of the wave is a considerable pullback, so this position adjustment signal is also worthy of investors' attention. 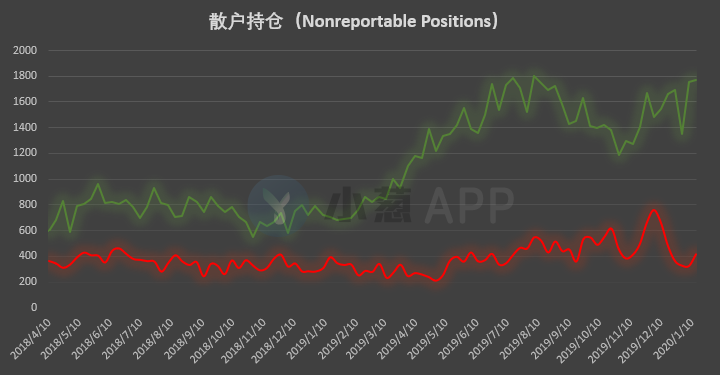 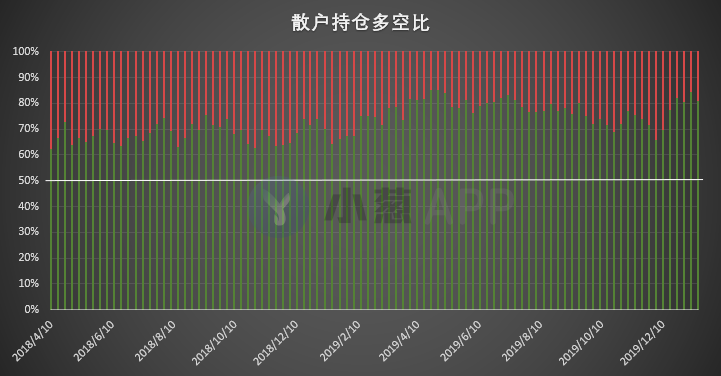 Bitfinex bitcoin contract long and short position data is updated in real time by the exchange. Therefore, compared to the CFTC position report that is updated weekly, Bitfinex exchange position data is more able to reflect the real-time market sentiment of retail investors.

Bitfinex exchange bitcoin contract positions began to change dramatically in the long and short two-way simultaneous reduction of positions that began in the last week of 2019. Last week, the investor ’s contract positions in the exchange showed a rapid rebound in short orders. The short positions in the platform's contract positions almost doubled during the trading day, compared with the long positions, there was no significant change in the same period. In the short term, this position change is very similar to the position adjustment result of the CME platform retail position in the CFTC weekly position report. In recent data, the linkage between the Bitfinex exchange contract positions and the above-mentioned retail positions has become increasingly apparent, and it remains to be seen whether or not a regular pointing signal will eventually form. However, from the changes in the position adjustment in the last week or so, it seems that more and more investors have noticed the short-term callback risk. 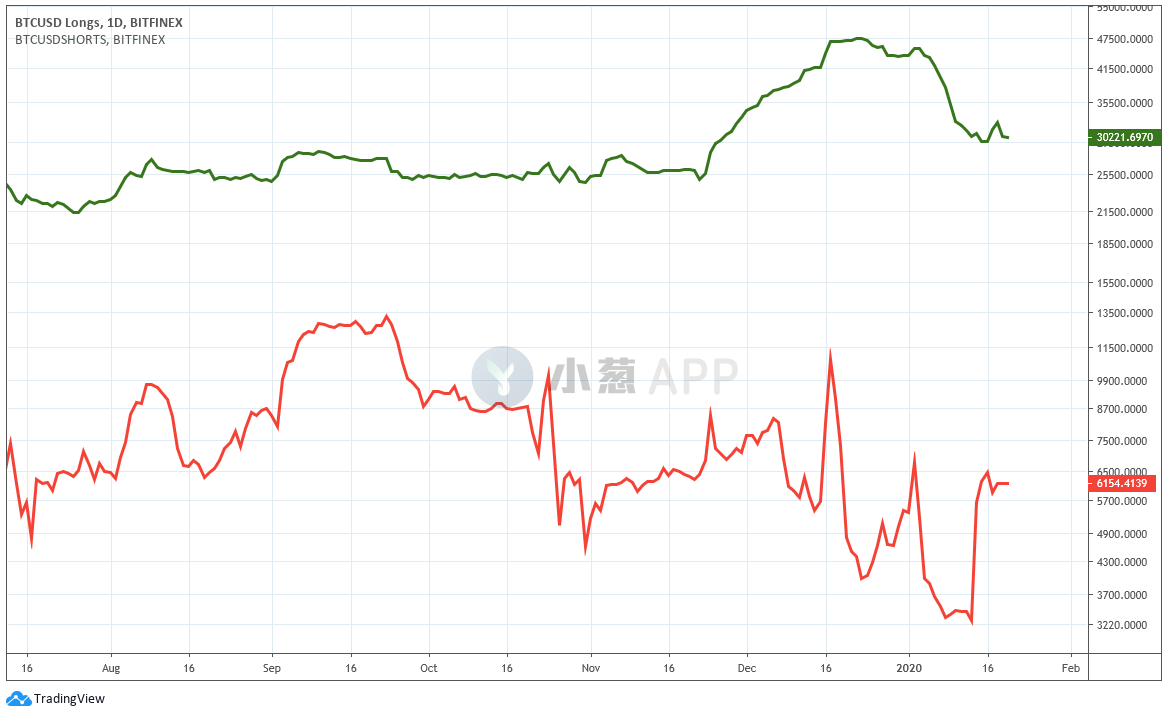 OKEx official data shows that the long and short positions of the Bitcoin contract investors on the exchange have experienced a rapid decline in the last week. However, during the last weekend, the ratio rebounded again and surged to above 1.40. From then on, From the perspective of the change trend of a ratio, the linkage between this value and the bitcoin market is very obvious. A wave of rapid rebound in the second half of last week led to a significant increase in the number of people in the market, but with a sharp drop in the market yesterday, Going out, the proportion of multiple orders is rapidly falling. This kind of strong linkage with the market or a certain lag shows that most investors are still passively following the market to adjust their positions, because the short-term prospective significance of such data is not high.

Based on Baidu's self-developed blockchain technology project, it was selected as the national “double creation week” subversive innovation list TOP10

Affected by the bitcoin price correction, the US stock blockchain concept collectively weakened

CCTV.com: People's Bank of China has not issued legal digital currency, and has not authorized platform transactions

Sony released Soundmain preview website based on technology such as blockchain