However, when the researcher Mr. Bekov just started mining and settled in the dream of a “rich overnight” yellow beam, the alarm of the nuclear power control base in Moscow was sounded, blinded by the myth of Bitcoin wealth The researcher was arrested on the spot. It turns out that this supercomputer has already been linked to the Moscow Nuclear Energy Research and Control Center. As long as it is connected to the Internet (Bitcoin must be networked), the control center can receive an alarm.

In the end, Dennis Bekov was fined $ 7,000, making it impossible to become rich.

According to a previous investigation by the blockchain, among the 169 cases involving bitcoin in 2018, 20 cases of power stealing and mining accounted for 12% of the total number of cases. Among them, there were 9 cases of power stealing and mining in Heilongjiang Province, all in Daqing City. Another popular city for stealing electricity and mining is Tangshan. These two cities have one thing in common: there are either oil fields or coal mines, and they are rich in resources and easy to handle.

Analyzing many cases of stealing electricity and mining, we find that miners who use this extreme behavior to reduce costs often face the end of confiscated mining machines, imprisonment and fines. 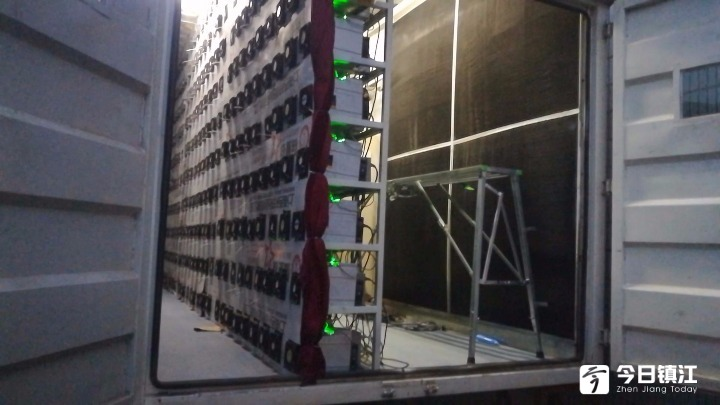 Among them, the case of the theft of electricity by a large mining machine in Zhenjiang, Jiangsu Province is the most typical example.

On December 24, 2019, the Dantu District People's Court of Zhenjiang City, Jiangsu Province, opened a court hearing in accordance with the law in the case of Zhenjiang's extraordinarily large "miner" stealing electricity and mining Bitcoin, and sentenced in court. It is reported that this case is the largest case involving theft of electricity in the history of Jiangsu Province. The court found that in order to reduce the high electricity cost of running a Bitcoin “mining machine”, from March 2017 to May 2019, Lan Moufeng, Li Mou and Mao Mouhai conspired in Dantu, Zhenjiang City. Districts and other places rented venues, and short-circuited transformers were used to steal national electricity to mine bitcoins.

In this case of mining with theft of electricity, the public security organs seized a total of 4,000 mining machines and were convicted of stealing electricity worth a total of 20 million yuan.

In order to solve the case, the Zhenjiang police organized more than 100 police forces to launch arrest operations on the nine mining machine locations and four major suspects' residences identified earlier. 22 people were arrested on the spot and more than 3,000 mining machines were sealed up. Taiwan, and seized power theft facilities on the scene.

This is by far the most suspected case of stolen electricity mining in China-it really discredited the mining industry.

Power stolen mining incidents exposed in the past two years

Of course, mining theft is not always a case involving tens of millions of dollars. There are also incidents caused by theft of tens of thousands of dollars.

Quoting a report from Harbin News Network on June 22, on June 22, 2019, the Green Grassland Police Station of the Public Security Bureau of Heilongjiang Provincial Department of Reclamation Region received a call from the deputy leader of the nine-field defense team of Daqing Oilfield Co., Ltd. to call the police, saying that some Stealing oil from the oil fields in the Hupao oil recovery operation area.

Upon receiving the alarm, the police investigation found that someone was mining Bitcoin with 20 miners, and stole electricity. The "miner" used the power of the oil well to mine bitcoins for its miners. After preliminary calculations, the criminal suspect caused The economic loss is about 48560 yuan.

Of course, the phenomenon of stealing electricity and mining does not only occur in mainland China. The following case occurs in Taiwan on Treasure Island.

Citing CoinDesk's report on December 27, 2018, a man in Taiwan was arrested for stealing electricity to mine millions of cryptocurrencies. The man stole more than NT $ 100 million (US $ 3.25 million) in electricity from 17 stores for mining Bitcoin and Ethereum.

Of course, these cases are only a small part of many cases of stealing electricity and money. These violations of the law are bound to be punished. So why do so many miners "taste" the taste of free electricity at the risk of being jailed and confiscated?

Of course the lure of huge profits.

2. How profitable is stealing electricity?

However, every kilowatt-hour of electricity invested by miners is not for network security. Mining is only for three things: profit , profit, or profit. The world is full of benefits, and the world is good.

The lower the electricity bill, the stronger the profitability. Therefore, many miners built their mines around the hydropower station in Yunguichuan, and some simply carried the mining machine to the sea to Iran, Russia, Siberia, the United States, West Asia, and the Middle East. One of the characteristics of these areas is the abundant power resources and low electricity prices.

Generally speaking, a bitcoin mining machine with good performance, such as the S17, has an estimated service life of 36 months from the time it is bought back to the time it is eliminated. Based on the electricity cost of 4 cents / kWh, this miner has been working since Until it was eliminated, its overall expenses accounted for 59% of the total electricity costs; mining machine costs, maintenance costs, and mine leasing expenses were classified as capital expenditures, accounting for 36% of the comprehensive expenses; operating costs, including operation and maintenance personnel costs, accounted for the comprehensive costs 8%.

However, for stolen electricity miners, electricity expenses are negligible. Under the same conditions, mining costs will be greatly reduced.

According to the BTC.com mining calculator, a second-hand S9 mining machine currently priced at 500 yuan has a computing power of 10Th / s. When the electricity cost is almost zero, the daily income can reach 10 yuan, less than two months. If you can return to the book, you will earn money every day after digging.

In the case of mining the bitcoin with a large-scale "mining machine" in Zhenjiang, Jiangsu, it is assumed that the criminal's 4,000 mining machines are all S9. Under the condition that the electricity fee is 0, the daily net income will reach 40,000 yuan. Up to 1.2 million yuan.

Therefore, profiteering is the root cause of repeated prohibition of stealing electricity.

From the hard-core theft of electricity by the Russian Nuclear Energy Research Institute, to domestic miners' repeated prohibition of stealing electricity, mining stealing may occur in the future. However, the Bitcoin network needs the security guarantees provided by miners, but it also requires legal mining by miners.

CryptoCompare revised the top exchange rankings, the currency fell out of the top 10