Why is the "DAO + ICO" fundraising method proposed by Vitalik not working?

"DAICO" or "DAO + ICO" is a new fundraising method proposed by Ethereum founder Vitalik Buterin during the ICO boom in January 2018. He hopes to integrate the concept of the decentralized autonomous organization DAO into the ICO fundraising In the process of capital investment, to solve the problems existing in traditional ICO, so that the blockchain project parties can successfully raise funds, and the interests of investors can be protected.

However, we have studied the operation mechanism and practice of DAICO , and have come to a conclusion: DAICO cannot effectively solve the problems existing in traditional ICO .

This conclusion is mainly based on our findings:

So, for now, DAICO is not a successful way to raise funds.

What are the disadvantages of ICO?

To illustrate our conclusions, let's start with the ICO boom.

In 2017, due to the high return on investment of some digital currencies, the initial coin offering (ICO, Initial Coin Offering), a fundraising model, quickly became popular. The following figure shows the fundraising situation of digital currency projects through ICO in 2017 and 2018 calculated by CoinSchedule. The statistics of different institutions may not be completely consistent, but the trends are generally the same. At the beginning of 2018, the project owner can raise billions of dollars from the market through ICO every month. 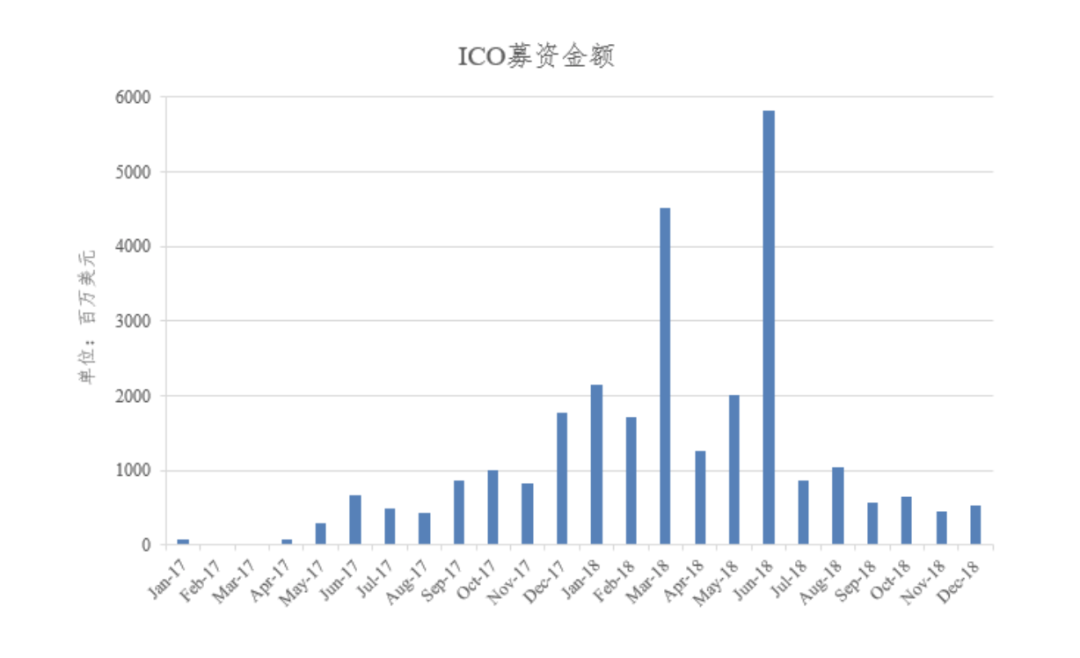 Although the ICO has promoted the popularity and development of the blockchain to a certain extent, on the whole, the ICO market has shown a chaotic and lack of supervision. Many criminals use the name of ICO to commit fraud. The main disadvantages of ICOs include:

The risk of investors participating in the ICO is very high. One of the important reasons is that the project party will not provide any guarantee for investment returns and development progress. After the project parties easily raise tens or even hundreds of millions of dollars, it is difficult to guarantee that they will continue to treat investors as a community of interests.

The following figure is a part of the ICO Analytics statistics that may launch and issue tokens on the mainnet in 2019 . As can be seen from the figure, well-known projects such as Telegram, Filecoin and Dfinity have raised a lot of funds, but their development progress is not satisfactory, and so far (January 2020) has not yet been launched on the main network. 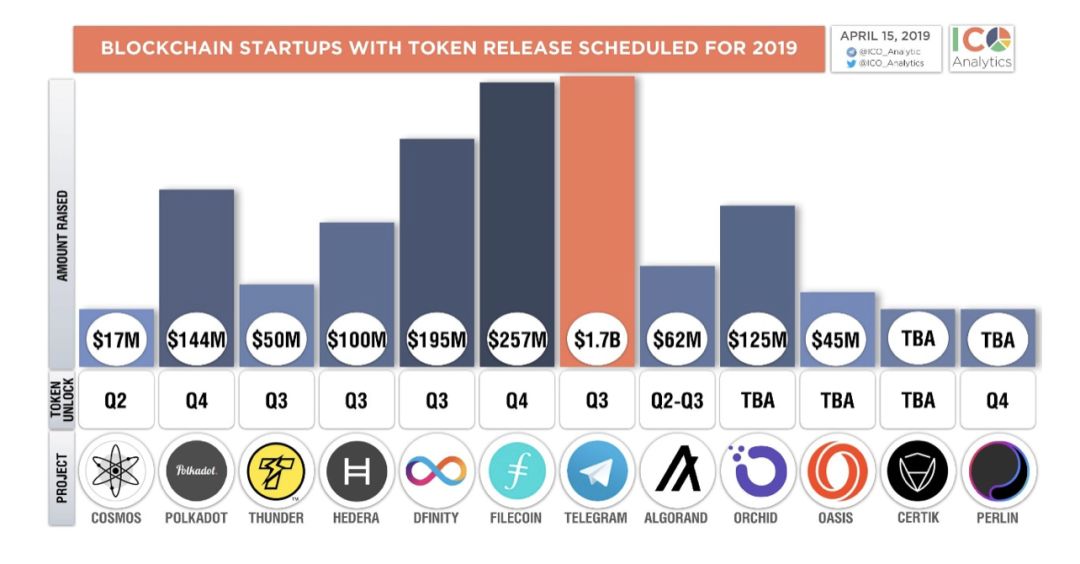 Figure 2 Some projects that may be launched in 2019, source: ICO Analytics

After the end of the ICO, the project party can get all the funds immediately and can freely dispose. Investors have no way to intervene in the use of funds, and investors' rights have not been protected in any way. For example, in October 2018, the Rchain project exploded in cash flow problems. However, in the official financial information provided by Rchain, the board's salary has increased, which is obviously not in the interest of investors.

The following table shows the changes in the ETH balance raised by some project parties in April 2019. As can be seen from the table, most project parties will choose to take out all ETH within a short period of time, and there is no detailed description and plan for the use of funds. 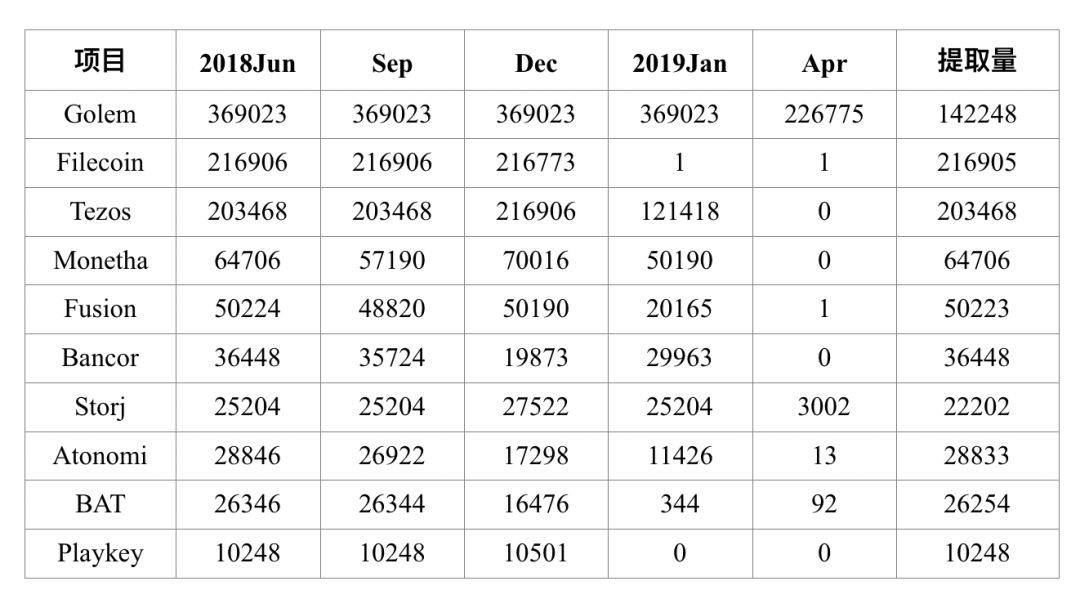 Because digital currencies have the characteristics of natural cross-borders, investors from all over the world can participate in ICOs. Once the project party commits fraud, it is difficult for investors to recover the loss of funds through legal channels . Therefore, China's supervision of ICOs is very strict. The Announcement on Preventing the Risk of Token Offering and Fundraising (2017) and related documents have repeatedly emphasized that issuing digital currency to domestic residents to raise bitcoin and ether is illegal securities. activity.

What is the operation mechanism of DAICO?

In view of the shortcomings of the above ICO, the blockchain field needs a more reasonable way of raising funds. In January 2018 , Ethereum founder Vitalik Buterin proposed a fundraising method called DAICO , which aims to solve the problems existing in traditional ICOs . While the project party can successfully raise funds, the interests of investors can also be protected.

DAICO stands for DAO (Distributed Autonomous Organization) + ICO, and integrates the concept of DAO into the ICO fundraising process. Based on the traditional ICO, DAICO adds a smart contract between the investor and the project party. After the fundraising is over, the smart contract will continue to track the development progress of the project and conditionally release the raised funds conditionally.

May wish to briefly introduce the operation mechanism of DAICO:

The project fundraising process through DAICO is shown in the following figure. According to the price of the secondary market, when the exchange rate of ERC20 tokens issued by the project party to ETH is higher than the initial exchange rate, that is, when the value of ERC20 tokens relative to ETH increases, even if developers abuse funds and delay project progress, rational investment They will not choose to vote for a refund, they will choose to sell ERC20 tokens in the secondary market to get higher returns. At the same time, there may be some project parties who value short-term benefits want a refund, because the remaining ETH value in the raised funds is lower than the ERC20 token value issued to investors.

It should also be noted that the fund raised by the project party is ETH, and ETH is easily affected by the overall digital currency market, and the price fluctuations are very large. The violent fluctuation of ETH price will affect the incentive mechanism in DAICO. For example, when ETH is in a downward trend, the project party hopes to unlock and sell all ETH as soon as possible to avoid suffering greater losses. At this time, regardless of the actual progress of the project, the project party will increase the Tap value by voting. Therefore, using ETH for fundraising is not the best option.

On the whole, the voting mechanism designed by DAICO cannot effectively motivate excellent projects and eliminate bad projects, and the game between investors and project parties cannot always promote the project to develop in a favorable direction.

DAICO is not effective in practice

Abyss, a distributed game publishing platform, is the first project to raise funds through DAICO. In May 2018, Abyss raised more than 15 million US dollars through DAICO. Abyss gives specific requirements for each voting time, voting weight, and percentage of voting.

According to the previous analysis, in this case, a rational investor should ask for a refund, but actually did not vote for a refund. There are two reasons for this phenomenon. One is that investors are full of confidence in the Abyss project and believe that poor price performance is only a short-term phenomenon; the second is that investors have already sold their ERC20 tokens and do not care about the development of the project at all. We think the second possibility is even greater.

In addition to Abyss, projects such as BitGame and Tokedo also use DAICO to raise funds, but the popularity of these projects is generally low, which shows that DAICO has not been accepted by the mainstream blockchain market.

DAICO integrates the idea of ​​DAO into the ICO fund-raising process to balance the rights of investors and project parties to a certain extent. It is designed to allow investors to decide whether to continue to support the project based on the performance of the project party and the development of the project. .

Second, the voting result is directly related to the number of tokens. If the project party holds most of the tokens through reservations, purchases from the secondary market, or even conspiracy, then it is equivalent to the project party being able to act according to their wishes, and the voting mechanism designed by DAICO will be directly invalidated.

Third, it can be seen from the acceptance of the blockchain market that DAICO has not been recognized and adopted by the mainstream blockchain market. This model is not highly attractive to project parties and investors.

There are also many people who have proposed improvements to DAICO design:

In summary, DAICO cannot effectively solve the problems existing in traditional ICO, and this model has not been adopted by the mainstream blockchain market. Although others have proposed improvements to DAICO, the specific effects need to be tested in practice. At the moment, DAICO is not a successful fundraising design.

BB: The EOS network needs to build a dedicated portal to explain its architectural and performance benefits 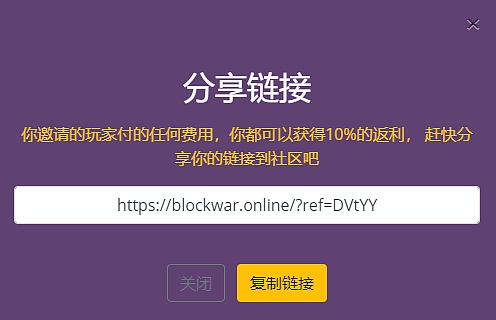 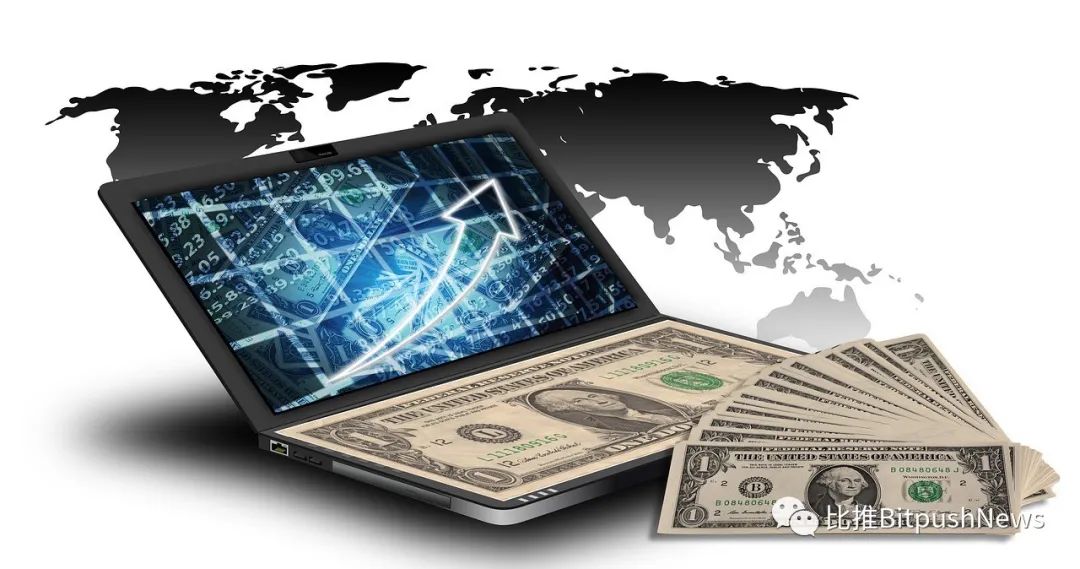