One of our most anticipated events in the past 2019 is institutional entry. Especially with the emergence of BAKKT, we are full of expectations for the institution to enter the market and bring a bull market. Unfortunately, the bull market we are looking forward to has not come.

What exactly is a professional investment agency? Many people know that Softbank's Sun Zhengyi invested in Jack Ma's story, which is very powerful and very insightful, but in fact, most of the institutions are fooled like us …

Today, let ’s take a look at the largest “Maldoff fraud” in history—the amount of fraud was 65 billion US dollars. It took 20 years for the accident to collapse …

The protagonist, Madoff, was the chairman of the board of directors of the Nasdaq Stock Market Company. He has been a well-known investment expert on Wall Street. He looks not only serious, but also reliable and capable.

In the past 20 years, he has used ultra-high returns and good reputation to weave a beautiful dream, playing many institutions, banks, hedge funds in various countries, and of course, including many well-known entrepreneurs.

Madoff was born in 1938. After graduating from college at the age of 22, he invested in a small business of $ 5,000 to set up Bernard Madoff Securities Investment Company and began to make money-he was indeed a powerful businessman and investor at first.

At that time, he had earned money that ordinary people could not earn in a lifetime through serious business, and he was rated as the highest income person on Wall Street by the financial giant Soros.

But perhaps the rich man is always dissatisfied and always seeks more excitement. He has been cheating since the late 1980s …

In 1992, Madoff announced to the Wall Street Journal that he had used an arbitrage strategy more than 20 years ago and was able to get a return of at least about 20% each year. 20% per year. This is a staggering number. At that time, it was a scary rate of return.

Madoff is very good at packing himself, he is quiet and polite. And its customers get a steady and steady return—the longer this process continues, the more attractive it becomes.

But that was not enough, he tried to market to the rich.

He buys a superyacht, and then asks his good friends to spread the news, saying that I know Madoff and can recommend you. In this way, mystery and attractiveness are maintained. Many people are trusted because of his Nasdaq chairmanship, and where his performance is, his reputation is getting better and better.

For some rich people, knowing other prestigious and talented people may be more important than investment income, even a status symbol, and Madoff is such a person-he packed himself as an investment Luxury goods.

He often hosts high-end parties. He once bought a luxury apartment in a place called Palm Beach Country Club-because this so-called country club was created by a bunch of Jewish wealthy in the United States, and the annual membership fee was as high as $ 250,000.

And he successfully attracted one-third of the rich in this club to hand over the assets to him.

Being able to give money to Madoff to take care of it is a sign of status, a symbol of higher society.

In the currency circle, how much does Mr. Li's proxy investment group charge? 3,000 ether. It seems to be full; XK Great God's contract group starts at 10,000 yuan?

No one knows the truth about Madoff's arbitrage-everyone will think that this is his trade secret. In fact, his trade secrets are very simple, that is, to establish a completely centralized secret ledger, and then continue to use the latter to pay the former …

He has played this game for twenty years, because his fame is too great, and he has invested too much money, so until twenty years later, if it is not an accident, he can continue to play.

At the end of 2008 before the financial crisis, his investment company ranked 23rd on the Nasdaq, with an average daily trading volume of about 50 million shares, and customers all over the world.

Later, when the financial crisis broke out, investors demanded the redemption of funds, and Madoff faced pressure to redeem $ 7 billion in funds.

He called for two sons and told them the truth, so as the company's trading director and business son, the two sons took the initiative to expose his father (note: the report was successful). 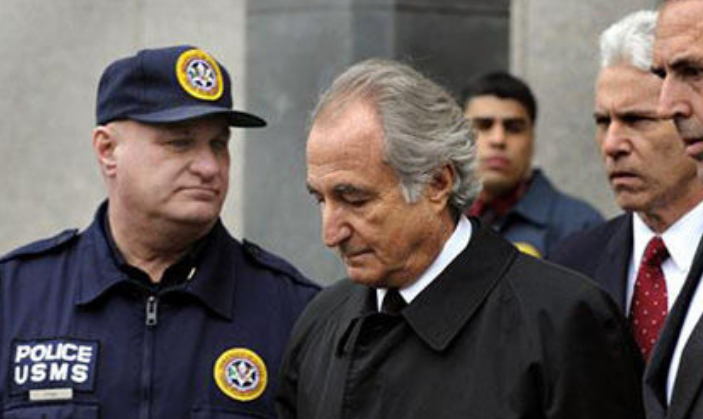 In this way, Mr. Madoff, an investment guru who is as famous as Buffett, was taken away by the FBI for fraud of $ 65 billion …

Let's take a look at some of the institutions that have been fooled:

We can know one thing. The so-called institutions can indeed have a lot of people, but they are not as powerful as imagined. Institutions are also made of people. As long as we persist in learning, we can also find our own opportunities in the wave of blockchain.

Don't be superstitious about any big guy, don't believe in any so-called brick-moving or arbitrage technology. There is always only one truth in the world-I want profit, he wants principal.

The most important thing about investing is: believe in yourself.

The return on investment is…