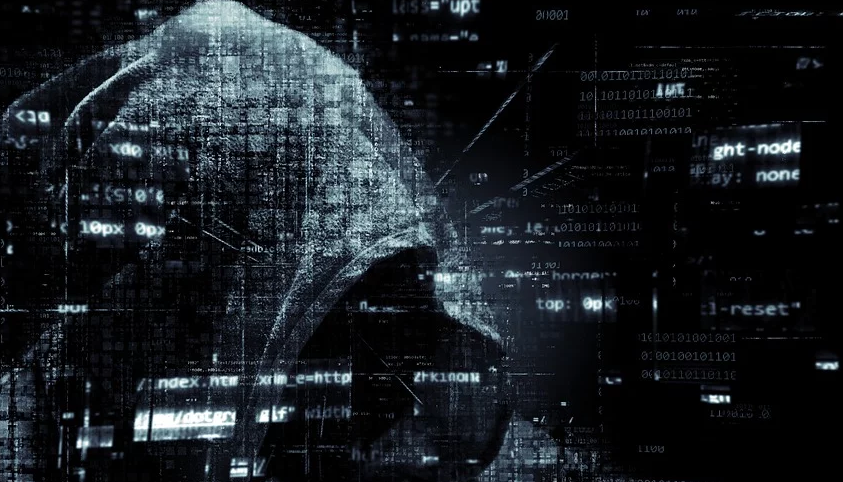 Bitcoin Gold (BTG) has recently suffered a 51% attack. Aroused a lot of attention, I share a few questions today: What is a double flower? Why are small currencies so easy to be double spent? Will Bitcoin be double spent?

Recently, the Chairman of the MIT Bitcoin Club detected two deep block reorganizations on the BTG network, and both were double spends. The attacker withdrew 1,900 BTG through two separate transactions on January 23 and 24, respectively. And 5,176 BTG.

In response to this double-spend attack, the BTG core development team replied that the target of the attack was a top global exchange. After the attack, the BTG team contacted them as soon as possible, and adopted risk control measures in a timely manner. In reversing the transaction value. At the same time, the team has maintained close contact with all exchanges to prevent future attacks.

In fact, this is not the first time BTG has been double spent. In May 2018, a malicious miner implemented a double-spend attack on the BTG (Bitcoin Gold) network by using a 51% hashrate attack. The bitcoin gold address involved has received more than 388,201 BTG.

Before studying the above three questions, let's take a look at the black history of BTG, which is a story of routine and harvest, and it is also the origin of its constant double-flowering.

First, the black history of BTG

BTG, like BCH, borrows Bitcoin's source code and is a fork of Bitcoin.

BTG is led by Liao Xiang. At the beginning, it was under the slogan of true decentralization. Under certain algorithms, high-end miners cannot mine BTG and must use GPU mining.

But after a series of leeks cut, the price of this currency has plunged.

I often say that the best way to buy coins is to buy more and sell less-but this one is mainly only useful for Bitcoin. If you bought bitcoin gold at the beginning, it has now fallen 97%.

A few days ago, the whole network enthusiastically discussed the issue of BCH forcing miners to “voluntarily” donate 12.5% ​​of their income, but the BTG project did not worry about development funding.

Because the project sponsor Liao Xiang innovated a pre-mining method, that is, let him dig 200,000 himself in the code, and then said that 200,000 directly used for team development.

Sound like that? At the beginning, the project propagandist stated that in order to break the monopoly of Bitcoin and Bitcoin Cash by big mining companies and achieve true decentralization, only graphics cards can be used for mining, which looks quite justified.

But when the project party innovates the pre-mining method and has a lot of chips in hand, the conditions for evil will mature.

At that time, in order to attract hotspots or seek greater economic benefits, Liao Xiang also publicly solicited the network to fork ETH, but later stopped because of a small number of responders.

He launched a language attack on BCH, which is also a forked coin. Liao Xiang said that BCH also has "pre-mining", because it is easier to mine at first, making Jiang Zhuoer very angry, and even swearing on the spot. 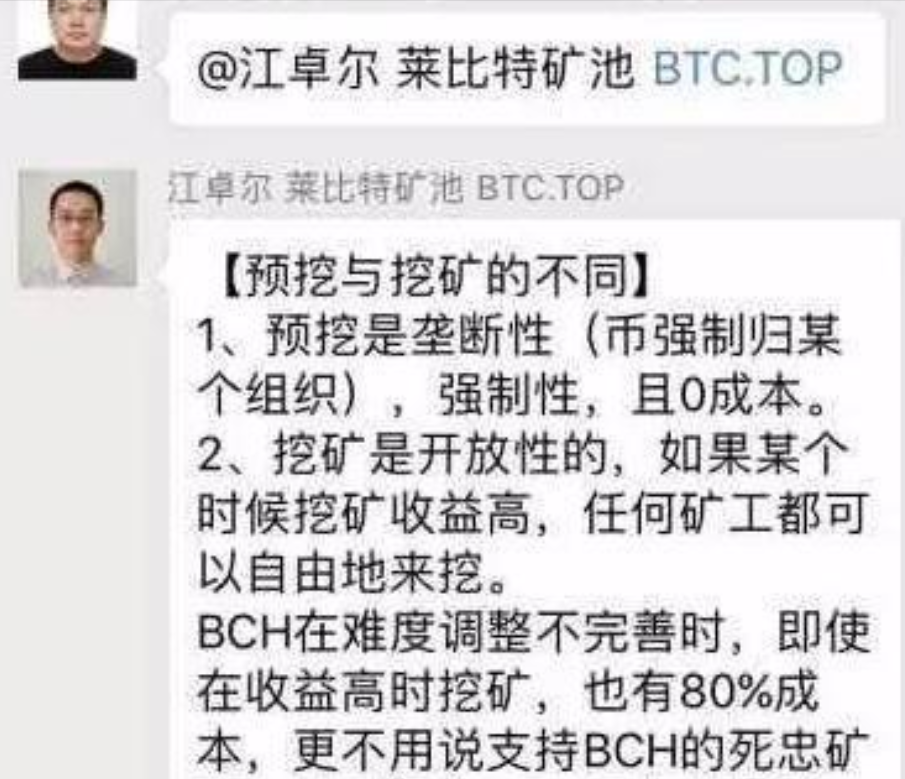 In fact, as Jiang Zhuoer said, BTG's pre-digging did not even dig, and the team directly took 200,000 coins.

I strongly condemn Jiang Zhuoer's call of Liao Xiang as "urine", and hope that Jiang Zhuoerduo will exercise restraint.

Routine 2: Return the project to the community

Liao Xiang is a very creative person! He not only innovated the concept of "pre-digging", but also triggered a new concept: "turning the project back to the community".

At the end of 2018, Liao Xiang, who held a large number of BTG, announced in the circle of friends that he would sell all BTG in the next month, exchange it for Bitcoin, and give Bitcoin to the community completely.

Liao Xiang's move is a test and warning before "cashing out the run", and it may be the freshest and most popular statement of the run. The founder returned the "power" to the community while throwing "chips" in the market to the market.

However, it may be that Liao Xiang's black history is too big (not discussed in this article), and the price of BTG has not been affected much-it is more likely that it can't move.

Facing the outside world's doubts that he cut the leek, Liao Xiang responded, "I sold the digital assets legally held by individuals when the BTG market price was the lowest. There is no such thing as cutting the leek. When the price of the BTG currency is three or four hundred dollars, I don't Sell, now it's down to 20 dollars before selling, how to cut the leek? "

He said that selling coins was his personal investment behavior.

BTG has now returned to the community, the project has not been widely recognized, the price is low, the computing power is weak, and it is easy to be attacked by double spend.

In theory, all currencies will be attacked by double spend. Will Bitcoin?

What is a double spend attack?

Shuanghua is an attack on the main chain after mastering more than 51% of the computing power, so that it can tamper with the data on the block. The transaction completed data is revoked and re-payment is being carried out, thereby achieving double payment. The simple point is that the same amount of money was spent twice, which is a double-spend attack.

Taking the attack on BTG as an example, the hacker did this.

First, they prepared several BTGs (such as 8,000) and sufficient computing power (over 51%). These computing powers are leased and they do not need to own as much.

Then transfer this 8000BTG to the exchange, sell it, it is cashed out, and the money has been bagged. This is not the point, the point is that there are 8,000 BTG transaction records left on the blockchain.

But the transaction has been completed and cashed out on the exchange, so re-payment is spent a second time. The hacker repeats this operation, so he can get an unlimited amount of coins-if the exchange or the project party is not found.

So double-spend attacks may exist in all blockchains-as long as your computing power exceeds 51%, or another type of "computing power", such as most nodes agree.

Will Bitcoin be double spent?

In the past few years, many cryptocurrencies have been successfully attacked, but since the birth of Bitcoin, they have never suffered a 51% attack, forming the so-called 51% attack paradox. Why is this?

Then why did the mining pool not attack? Ghash.io admits that in the long run, obtaining new bitcoin through mining is more "honest" and more beneficial than "hijacking the network for immediate profit", so the mining pool does not use huge computing power to conduct fraudulent transactions such as double spend attacks.

This is the subtlety of the design of Satoshi Nakamoto's white paper.

"If a greedy attacker is able to mobilize more than 51% of the computing power, then he faces a choice: either use it for honest work to generate new currency, or use it for a secondary payment attack. Then he will You will find that it is more profitable to follow the rules and work honestly, because these rules allow him to have more electronic money, rather than destroying the system and impairing the effectiveness of his own wealth. "

In Bitcoin's consensus, all parties are connected with pure economic benefits, playing Adam Smith's concept of God's "invisible hand"-everyone's pursuit of their own interests will enhance the interests of the entire society.

In the world of code, it doesn't talk about emotions, only talk about benefits, but it brings the greatest fairness and common interests, which is actually very emotional.

The "invisible hand" is more effective on currencies with a larger market value. For example, in the Bitcoin network, every large transaction has countless software monitoring, countless people are paying attention, and double-spend attacks are easy to detect. If the mining pool does evil, not to mention that the current computing power is difficult to mobilize, even if it is successful, it may be a loss of money.

Friends, now know why I only recommend Bitcoin?

He responded to rumors: Qian’an does not support Hong Kong dollar deposits and withdrawals

Billionaire Mark Cuban: Bitcoin is like a baseball card with no intrinsic value, but does not object to cryptocurrencies