After this Spring Festival, we will fully enter 2020. However, this Spring Festival is not very peaceful. The new coronavirus outflowed from Wuhan and quickly spread to 30 provinces (autonomous regions and municipalities) across the country. According to data from the National Health and Health Commission, as of 24:00 on January 26, a total of 2,744 confirmed cases were reported in 30 provinces (autonomous regions, municipalities) across the country. In the face of the epidemic, the people of the whole country have settled into the city and devoted themselves to the "war epidemic". Although the number of newly diagnosed cases is still increasing, the growth rate has shown a downward trend, and the results of the epidemic prevention and control have appeared.

In the face of major disasters, as in the past, banks, securities dealers, real estate companies, insurance agencies, Internet companies and other enterprises from all walks of life have donated goods and materials to Wuhan and other severely affected areas, and have the courage to take on social responsibility. Different from the past, some blockchain companies or project parties also actively stood up at this time to support Wuhan through various forms. In this epidemic prevention work, although we have not seen the significant role of blockchain technology in large-scale collaboration among multiple departments, the spirit of these blockchain technology companies to take on social responsibility is still worth encouraging.

Government dynamics: Governments in various places have stated that they will vigorously develop blockchain in 2020

On January 22, Wang Weizhong, Secretary of the Shenzhen Municipal Committee of the Communist Party of China, and Chen Rugui, Mayor of Shenzhen Municipal People's Government, said in the 2020 New Year's Congratulations that 5G, artificial intelligence, blockchain and other emerging industries are at the forefront of the country. Shenzhen's role as the core engine of the Guangdong-Hong Kong-Macao Greater Bay Area is even stronger.

On January 21, at the Beijing Finance Working Conference, Wu Sufang, Secretary of the Party Leadership Group and Director of the Beijing Municipal Finance Bureau, stated that in 2019, Beijing will organize relevant departments and districts to actively participate in the online reimbursement pilot for travel electronic vouchers and promote online payment of non-tax income. At the same time, we vigorously promoted the reform of the management of fiscal electronic bills, and applied fiscal electronic bills to road parking charges across the city, and achieved significant results. Wu Sufang said that in 2020, Beijing will deepen the reform of financial electronic bill management, and comprehensively push forward the reform of electronic bills in the fields of education, medical care, examinations, traffic confiscated charges, and public welfare donations, and expand to all types of tickets, in various fields, and explore in all directions. Develop the financial electronic bill blockchain application.

On January 24, the Comprehensive Administrative Enforcement Bureau of the Jiangbei New District Management Committee of Nanjing City, Jiangsu Province stated on Weibo that in the new year, we will conform to the development of the main functions of national new zones, free trade experimental zones and the new main city of Jiangbei. Become the main force in the construction of a new main city, comprehensively improve governance capabilities, and build a new modernized district governance system featuring multiple co-governance, virtuous interaction, and co-construction and sharing through "grid + network" and "block chain + social governance"; To be the guardian of the best business environment, strive to achieve full-scale government service, comprehensive law enforcement, and dimensional data integration, and fully escort the development of the new area.

Compared with the past, the frequency of action of government departments on industrial blockchains has decreased accordingly. On the one hand, because of the Spring Festival holiday, it is a time for the family to reunite. On the other hand, due to the raging virus, local governments are actively involved in the prevention of the epidemic.

Industrial Policy: Supporting Blockchain to Promote the Development of the Real Industry

Zhengzhou Municipal Government: By 2022, technologies such as blockchain will drive rapid development of new formats and models

As can be seen from the documents issued by Zhengzhou City and Jiangxi Province, government decision makers are aware of the integrated development of blockchain technology in the physical industry. However, how the rare earth industry is combined with blockchain technology has not seen a representative case yet.

According to GlobeNewswire, the global aviation blockchain market is expected to grow from $ 421 million in 2019 to $ 1.394 billion in 2025, with a compound annual growth rate (CAGR) of 22.1% over the forecast period. During the forecast period, the aviation blockchain market will grow at a significant rate. Blockchain enables stakeholders in the aviation industry to share a decentralized digital ledger that stores airline flight data and supply chain data.

Moving north to Shenzhen and Hangzhou has always been the forefront of China's blockchain technology and application development. Ali, which is located in Hangzhou, is also a major blockchain patent holder, and has long steadily ranked first in the global blockchain patent rankings. Compared to the north, the north and the west, the development of the industrial blockchain in Inner Mongolia, which is located in the north, is relatively weak, and the establishment of a blockchain research institute is imperative. In the 2020 government work report of the Inner Mongolia Autonomous Region, it was mentioned that we must vigorously develop the digital economy and actively deploy the blockchain and other industries.

As of January 20, 2020, Tianjin Customs has implemented 40 blockchains through the application of blockchain technology, and the blockchain has verified 965 votes for general cargo declarations and 680,000 express shipments. Through blockchain cross-certification, you can quickly verify whether the on-chain information is authentic and reliable, thereby reducing manual review of factors such as commodity underreporting, false reporting, and concealment, and greatly reducing the pressure of reviewing 40,000 votes per day. It also allows companies to improve customs clearance time, reduce storage costs, and allow consumers to receive packages faster.

On January 20, Chongqing Customs held a 2020 working meeting. In 2020, the Chongqing Customs should take the opportunity to integrate into the construction of the Chongqing Smart Port, accelerate the "Internet + supervision" construction, increase the research and application of new technologies such as artificial intelligence, big data, cloud computing, and blockchain, and comprehensively promote the strengthening of supervision Improve service capabilities.

Beijing: New technology such as blockchain will be used to establish a medical insurance fund supervision and management platform

On January 20, the 2020 Beijing Medical Security Working Conference was held. This year, Beijing will study and propose a long-term mechanism for the protection of urban workers from serious illness. It is understood that this year, Beijing will optimize the normal warning and cross-flight inspection mechanism to combat fraud and insurance, study and issue the "Beijing Designated Medical Institutions' Medical Insurance Fund Use Regulations" to regulate the source of funds; meanwhile, innovative use of blockchain, etc. New technology, the establishment of medical insurance fund supervision and management platform, three-dimensional prevention and crackdown on fraud and insurance.

The Finance Bureau and Customs have become the two major demanders of blockchain technology applications.

Listed companies: behind the surge in performance, how much is the contribution of blockchain technology?

COSCO SHIPPING: A significant increase in performance in 2019, and in 2020, it will use blockchain and other technologies to deeply empower the development of its main business

On January 22, COSCO SHIPPING Holdings Co., Ltd. (COSCO Haikong) issued a performance forecast, stating that its performance in 2019 will be significantly increased. Looking forward to 2020, the company will closely grasp the industry development trend, respond quickly to industry changes, further accelerate the digitalization strategy, and use blockchain, Internet of Things and big data technologies to deeply empower the development of the main industry, and strive to create value for customers and Shareholders create returns.

On January 21, Evergreen Co., Ltd. responded to investors' questions on the interactive platform and stated that Evergreen Co., Ltd. provided the overall solution from hardware to software to customers in the industry through "device IoT + blockchain" technology, enabling printing Development of the packaging industry. Its holding subsidiaries Rongcai Technology and Ronglian Huizhi are committed to providing development and integration of intelligent manufacturing software products, Internet of Things technology applications and blockchain technology enabling services for the printing industry and other industries.

Caitong Securities: The company and Ant Financial are cooperating in the aspects of law chain (blockchain technology) and other aspects.

On January 20, Caitong Securities responded to investors' questions on the interactive platform, saying that the strategic cooperation between Caitong Securities and Ant Financial mainly involved financial technology, wealth management, securities services and other aspects. Services and Alibaba Cloud have signed a comprehensive fintech strategic partnership, and various businesses are also in the process of orderly promotion. In terms of fintech, cooperation in the aspects of legal chain (blockchain technology), artificial intelligence, and big data is being promoted.

Each January is the window period for listed companies to release performance forecasts. Although many blockchain concept stocks have greatly increased in performance, how much the blockchain can contribute to performance, it is necessary to wait for the 2019 annual report published before April to know .

Shenzhen Municipal Committee of the Peasant Labor Party: Striving for the establishment of a blockchain digital currency trial zone in Shenzhen

SinoSoft: The company cooperates with the Software Research Institute of the Chinese Academy of Sciences on the blockchain platform upgrade project 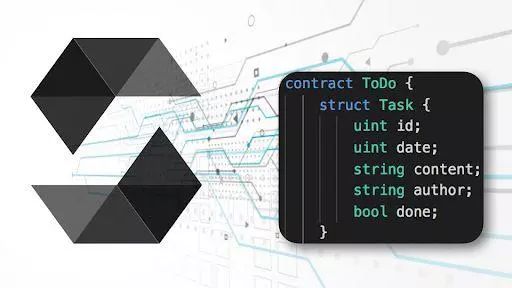