Recently, Forbole, one of the Cosmos Validators, appealed to atom holders in the Cosmos WeChat group to vote against motion 23 proposed by another validator, Figment.

Forbole's objection is as follows: 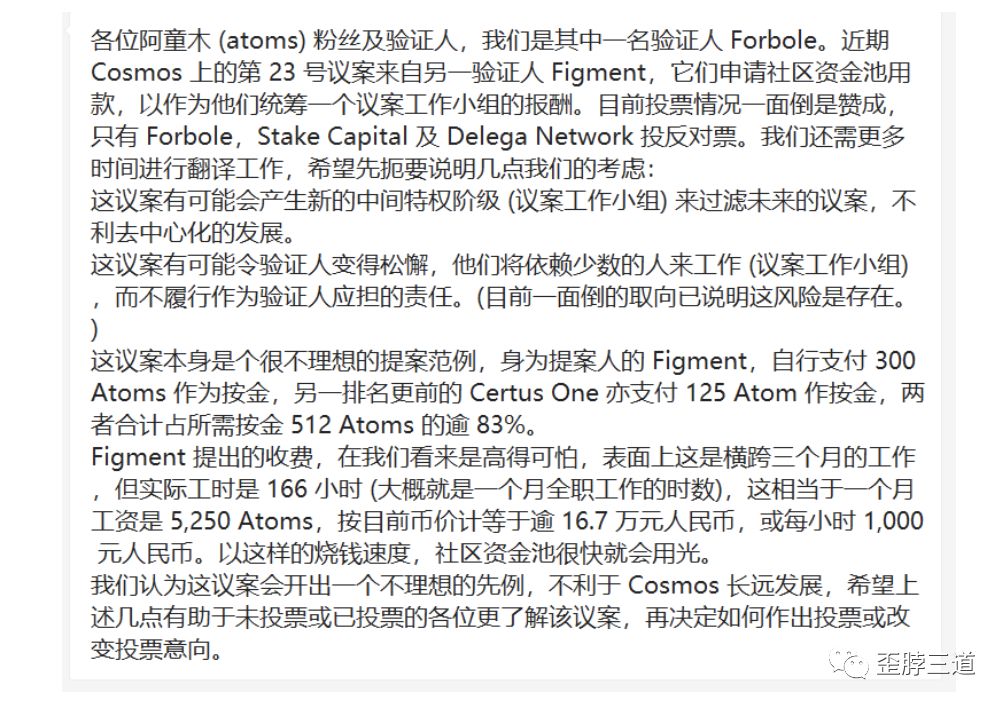 However, the above is just a unilateral view of Forbole, so I immediately went to the Cosmos forum and found motion 23: 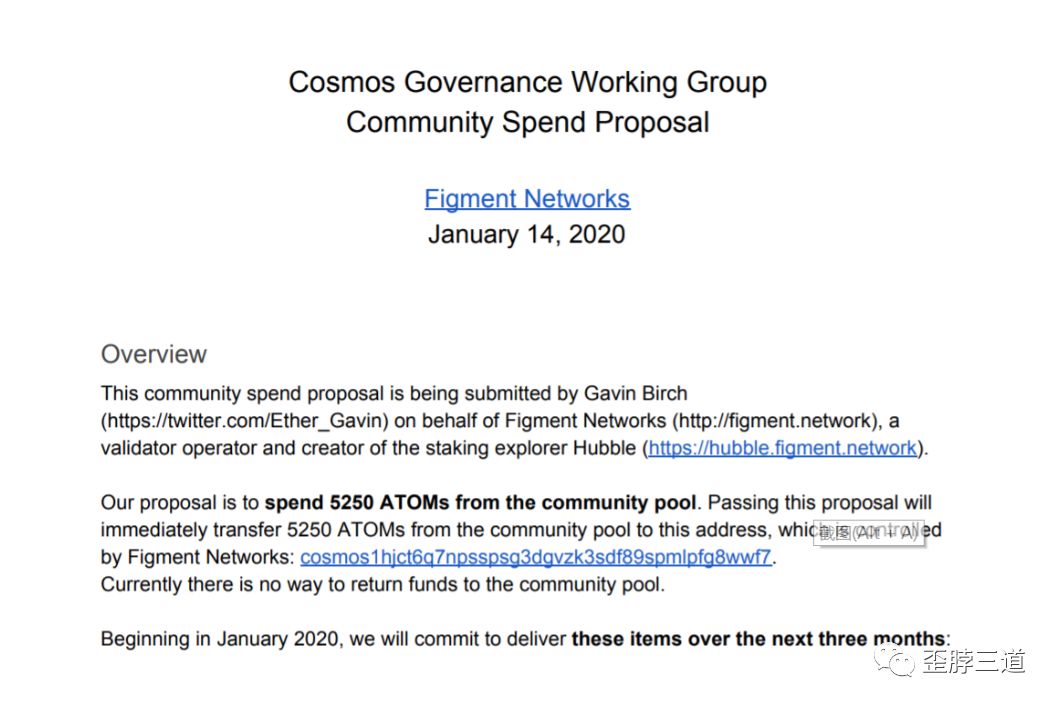 Proposal No. 23 has a total of 6 pages, and includes attachments to the milestones and time nodes of the proposal. The proposal was proposed by Gavin Birch on behalf of Figment. Gavin proposed in the 23rd proposal that the Cosmos Hub had governance functions when it was launched, but the Hub team did not provide corresponding guidance on how to create or evaluate proposals.

With the development of governance functions, governance participants need to understand the various effects of governance results on the network in order to truly represent the value and interests of all Cosmos Hub stakeholders on the chain.

Therefore, Figment proposed motion 23, hoping to establish a governance working group to develop a decentralized community governance model. The Governance Working Group will create and document relevant governance practices and functions, compile corresponding guidance notes, and promote wider communication within the Cosmos community to cultivate and improve the governance participation capabilities of Cosmos stakeholders and lower the barriers to participation in Cosmos Hub governance So that more stakeholders can put forward motions and understand them.

In the 23rd bill, Gavin proposed a series of work content. Starting in January 2020, Figment will promise to deliver the following to the Cosmos Hub within the next three months:

Let's go back to Forbole's three objections to bill 23 and analyze whether each one makes sense.

Objection # 1: The bill will generate a new middle-privileged class to filter the bill, is not conducive to decentralized development, and will slacken the verifiers. They will rely on the bill working group to work instead of fulfilling their responsibilities as a verifier.

Therefore, the motion working group will not only slacken the verifier, but also greatly enhance the governance ability of the verifier, and it is more convenient for the verifier and all other stakeholders to propose proposals and participate in governance. 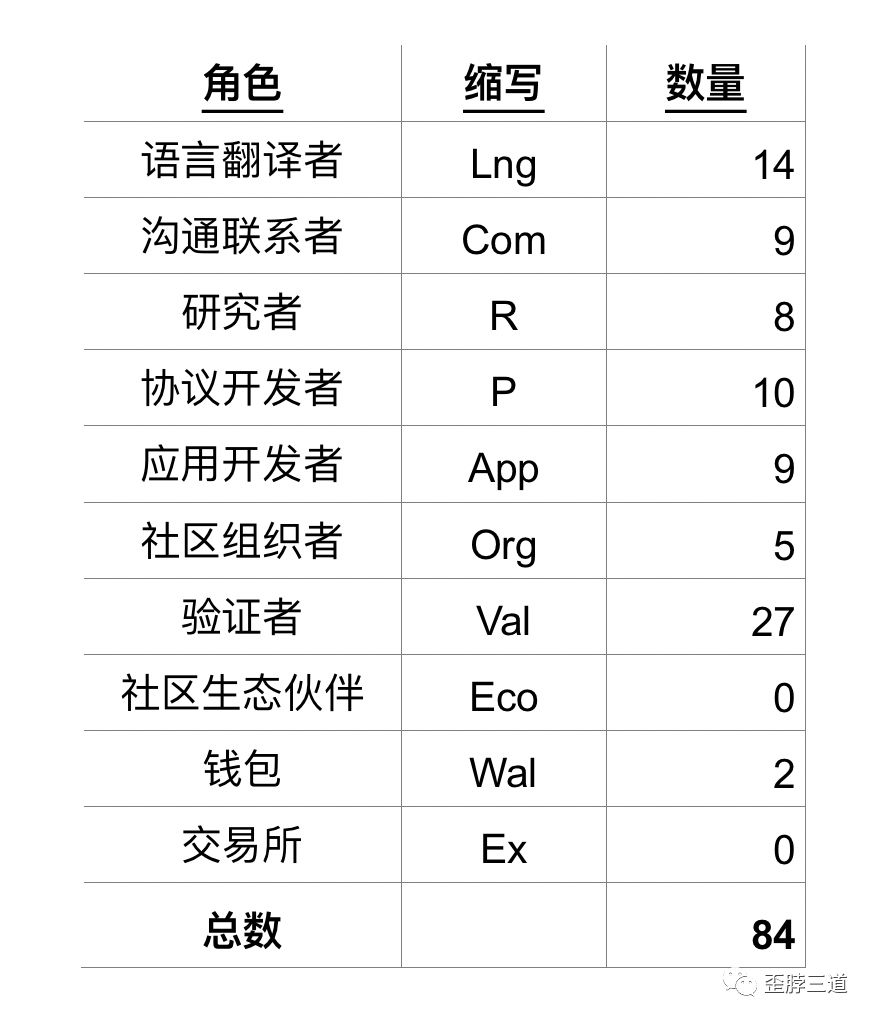 The objection is not valid. The format and content of Proposal No. 23 can be regarded as a model of blockchain governance. The author, Figment, introduced the background, reasons, introduction and contact information of Proposal No. 23 in detail. The purpose of the bill, specific work content, work schedule and milestones, specific expenditure methods, whether there is a conflict of interest, the next work plan, and a special annex is provided to introduce the work plan and participants.

It is worth pointing out that Figment, the proponent of Proposition 23, is a very professional PoS service provider. On behalf of Figment, the prosecutor of Figment is Gavin Birch, who is also the head of Figment's Staking Hub. This is a research dedicated to Staking Discussion with the development community. Since April 2019, Gavin has written a lot of staking related articles about Cosmos Hub, Cosmos Ecology and other PoS projects. I read some Gavin's articles. This person is indeed an expert in Staking, and the ideas and solutions put forward are very deep and constructive.

As for Forbole pointed out, Figment, as the sponsor, paid a deposit of 300 Atoms for proposal 23, and another validator, Certus One, paid 125 Atoms as a deposit, both of which accounted for 83% of the required 512 Atoms deposit.

Such objections are totally unreasonable. The Cosmos Hub did not prohibit the sponsor from paying a deposit for his proposal, and from the perspective of motion governance, the sponsor should also pay a deposit for his motion. Because according to the rules, if the bill is rejected by the vote or if there is not enough voters, the deposit will be destroyed. Therefore, Figment's payment of the deposit for his proposal is not only compliant and reasonable, but also reflects Figment's responsible attitude towards the governance model of the proposal.

Not only that, Figment, as a stakeholder, also abstained in the 23-vote vote, reflecting Figment's high spirit. 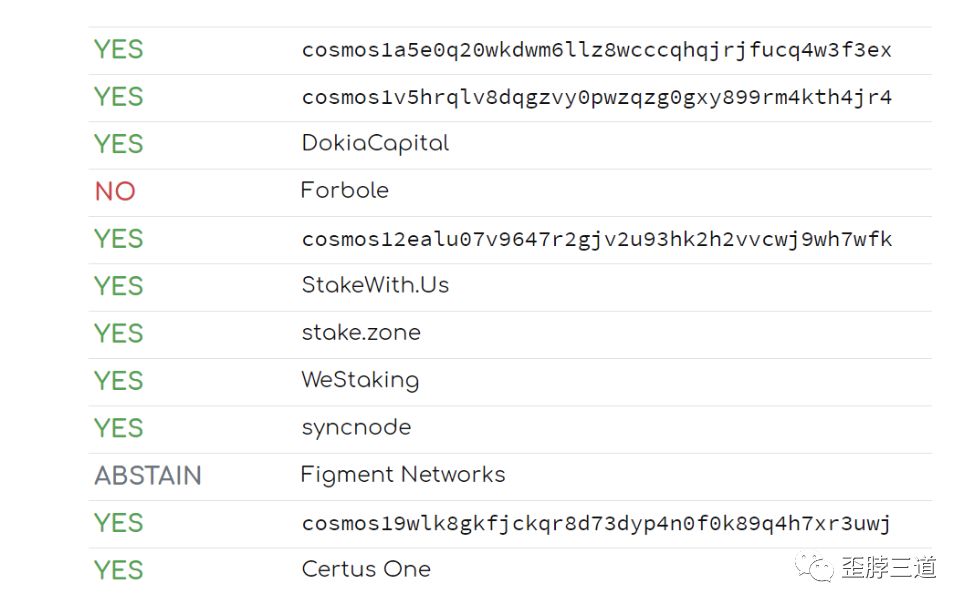 Opposition reason 3, Figment asking price is too high. Forbole believes that the plan proposed by Figment requires three months of work, but the actual working hours are only 166 hours. According to the current Atom currency price, it is equivalent to 1,000 yuan per hour, which is 16.7 in total. Ten thousand yuan, this money will burn up the community funding pool.

The reason for the objection is not valid. Figment gives a specific implementation plan and time in the proposal. Let's take a closer look at the worksheet submitted by Figment. On the one hand, we will see if the money is reasonable. At the same time, we will learn about Staking international advanced governance. practice. Since the worksheet is long and divided into three Milestones, each milestone takes about a month to practice, so we will only look at the first Milestone section.

There are a total of six specific tasks in the first phase, as well as maneuvering "other" tasks, which will take a total of 64 hours, including:

In the first stage, a total of 2000Atom was quoted, with an average of 31.25Atom per hour. According to the price when the motion was proposed, it was about 900 yuan an hour. The total price in the first stage was 60,000 yuan. Is it expensive? Let me analyze it.

From the work content and the corresponding schedule, Figment's plan is quite reasonable. Friends who have been in the blockchain project community should have a deep understanding. Community governance seems simple, but it is really time-consuming and labor-intensive.

Because the needs of different stakeholders must be considered and coordinated, the work of convening, discussing, coordinating, recording, and performing them requires a lot of time and energy. What's more, Proposal No. 23 is not only a community, but also a governance organization that can continuously build, improve, and export governance capabilities, and at the same time open and fair governance organizations, and deliver a batch of continuously available governance work format documents and tools. It is equivalent to establish a proposal working committee of the CPPCC or the National People's Congress, which is of great significance to the long-term development of Cosmos and the participation of all stakeholders in the Cosmos ecosystem.

As a former chief analyst of a securities firm, a senior consultant and a long-term blockchain researcher, I think Figment's quotation and time allocation are very reasonable and reasonable. If we take into account the preparations and research results of Figment's proposal before the 23rd proposal , And the professionalism of Figment, and with reference to the current average quoted prices of US $ 150-200 US dollars per hour for strategic consultants in Europe and the United States, the total of the three phases is only 157,500 yuan (according to the Atom price when the proposal was submitted). This price is not only expensive, It's even a bit cheap, if I'm a stakeholder who really cares about the long-term development of Cosmos, please give me a dozen services like Figment.

Therefore, Forbole's opposition to Fig. 23's motion is not valid. Bill 23 is meaningful for the governance of Cosmos and all PoS blockchain projects. The 23rd motion is still in the voting period and will end on January 30. In the second half of this article, I will continue to discuss the governance practice and innovation of the PoS blockchain project on the 23rd bill, so stay tuned.