The latest progress of global central bank digital currency | Six countries hold a group to warm up, the basic design of digital dollar framework is completed

Critical strikes in the beginning of 2020, the epidemic continues, but life must continue, 52CBDC will continue to bring you various information on central bank digital currency and industrial blockchain.

The Bank of Japan: has been studying and is not in a hurry to issue a CBDC

Bank of England: has established a CBDC group with central banks such as Japan and Europe

Libra: Actively moving forward to develop digital wallets for use with Facebook

At the World Economic Forum in Davos, Christopher Giancarlo, a former chairman of the US Commodity Futures Trading Commission (CFTC), revealed more details about the recently launched "digital dollar project." He said that the project was initiated because the currency circulation of the US Central Bank is still limited to local circulation and there are many restrictions on its functions.

1. The fiat currency issued by the Federal Reserve will be tokenized by digital dollars, coexist with traditional fiat currencies, banknotes and reserves, and endorsed by the Central Bank (Fed).

2. Digital USD has roughly a design framework , and currently needs a set of "both to enhance the effectiveness of monetary policy and financial stability, and to provide the required scalability and security in retail, wholesale and international payments And privacy, and support integration with existing financial infrastructure. " 3. Digital dollars also face anti-money laundering issues , especially offshore digital dollars. Digital dollars can alleviate the impact of other digital currencies on the status of the dollar.

Lithuanian bank economist AistėJuškaitė pointed out that the transparency and efficiency of CBDC will enable banks to choose digital currency designs with lower risk factors. Lithuania follows the global digital currency trend, and the Central Bank is also actively exploring the technology.

AistėJuškaitė, chief economist of the Market Infrastructure Department of the Bank of Lithuania, claimed in a recent interview with The Payers that digital currencies have the potential to affect the financial system in a “significant way”. Juškaitė highlighted many of the advantages of the central bank's digital currency (CBDC), including providing more stable forms of currency in remote areas, reducing the use of ATM machines, and reducing the cost of foreign citizens operating in the remittance market. 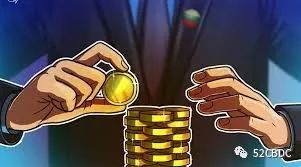 Lithuanian bank economists claim that there is currently no consensus on the cost-benefit balance of CBDC or its impact on monetary policy and financial stability, and that the technology will allow central banks to choose a digital currency design to "mitigate potential unintended side effects."

Juškaitė also commented on Libra's impact, saying: "The private sector's motivations to understand the inefficiencies of the financial system are understandable, and official institutions should be at the forefront of reforms and ensure that reasonable solutions are systematically adopted in order to serve society. Bring the greatest benefits.

The Bank of Japan: has been studying and is not in a hurry to issue a CBDC

Reuters reported on January 30 that Bank of Japan Deputy Governor Masayoshi Amamiya made a strong statement on the Bank of Japan's vision for the future at a seminar, saying to participants: "Technological innovation It's very fast. In Japan, public demand for CBDC may surge, depending on the development of the settlement system. If this happens, we must be prepared to respond. "

Although Amemiya does not believe that the issuance of CBDC will have a significant impact on the effectiveness of monetary policy and its effect on interest rates, asset prices and the efficiency of bank loans, he does believe that technological innovation in the settlement system is an area worthy of close attention. "If the settlement system changes, this transmission mechanism may become more complex and harder to break." Nevertheless, as of now, the Bank of Japan has no apparent plan to issue digital currency immediately, as it is still assessing the impact of monetary policy and security factors that may be overlooked.

However, the Bank of Japan just announced that the theme forum of "The Future of Transaction Settlement: The Future of the Bank's Digital Currency and Settlement System" will be held on February 27. According to Forbes, the deputy governor of the French central bank, Denis Beau, recently pointed out that although stablecoins provide opportunities for improving the payment system, they may also bring considerable risks that must be addressed.

Denis Beau has three recommendations for regulators to develop a stable currency policy: 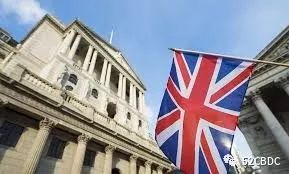 1. French and European regulators should respond to the potential positive impact of stablecoin innovation.

2. Regulators need to coordinate the regulatory framework from an international perspective.

3. Policy makers should conduct on-site tests and other measures to address current deficiencies in the payment and settlement fields.

Denis Beau said that despite this, we should also be open to various innovations, including the financial industry, and learn more about measures such as experiments.

Bank of England: has established a CBDC group with central banks such as Japan and Europe

According to an announcement issued on January 22, the Bank of England has set up a group with the Bank of Canada, the Bank of Japan, the European Central Bank, the Swedish Central Bank and the Swiss National Bank to discuss central bank digital currency (CBDC).

The group will be overseen by the Bank for International Settlements (BIS) and chaired by Benoit Coeure, head of the BIS Innovation Centre, and Jon Cunliffe, deputy governor of the Bank of England.

The six-nation central bank group and the Bank for International Settlements (BIS) mentioned in the announcement: "The group will evaluate CBDC use cases, economic, functional, and technological design choices, including cross-border interoperability, and share knowledge of emerging technologies." 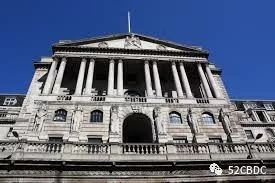 The Bank of England said that the group will also coordinate closely with relevant agencies and forums, especially the Financial Stability Board and the Payment and Market Infrastructure Committee (CPMI).

The European Central Bank President Lagarde is also optimistic about the CBDC. Earlier this month, Lagarde said: "If physical cash eventually declines, the CBDC may provide a means of exchange for citizens."

Libra: Actively moving forward to develop digital wallets for use with Facebook

On January 27, Dante Disparte, vice president of the Libra Association, said in an interview that three things need to be done before Libra starts.

1. We must establish the governance structure and independence of the association and run all of them at a level that can support a generation of payment systems that can support billions of people at the edge of today's payment networks.

2. The second task of the Libra Association is that the technical layer must be robust and resilient.

3. The third task is to overcome regulatory and political obstacles.

Disparte believes that if all three of the above "work" are completed, it will bring more clarity and certainty to the legalization of digital assets.

During this week's earnings call, Facebook CEO Zuckerberg said that Libra's planned work is being handled by the Libra Foundation and underlined the separation between the foundation and the social network. In addition, he said that the company is developing a digital wallet for use with Libra to make payment infrastructure around the world, especially cross-border transfers, more efficient.

The above is a summary of the current situation of the global CBDC.

Wang Zhicheng, Peking University Guanghua School of Management: The centralization of the Google era will give way to a blockchain system based on privacy and security.