A brief history of Ethereum prices: ups and downs

Ethereum is different from pure digital currency. It introduces smart contracts to the blockchain. It opens a new type of blockchain project. So, as the second largest project in the crypto world by market value, how does its price change? Why does the price change occur? Although the specific reasons for each price change are different, its history can still give us some inspiration.

Ethereum released its first version, known as Frontier, on July 30, 2015. A week later, Ethereum was listed on the exchange. According to Coinmarketcap's records, on August 8, 2015, the price after the exchange on the Ethereum (Kraken) was $ 2.77, and the trading volume on the day reached $ 205,324.

For 2015, this start can be said to be very bright. Compared to its crowdfunding price from July to September 2014, it is a good start. At that time, the crowdfunding price of 1ETH was about 0.3 to 0.45 US dollars, which means that its increase after listing was more than 6 times.

But the good times did not last long, and the price fell sharply after 4 days. By August 11, its price had dropped to about 0.67 US dollars. The reason for the decline may be caused by early investor selling, which is very similar to the trajectory of many previous tokens when they were first listed on the exchange.

However, by August 14, the price had rebounded to $ 1.98, more than three times as much as three days ago, and the transaction volume had reached more than $ 4.7 million. But this is just a temporary rebound. Subsequently, the price of Ethereum went down all the way, until October 22, 2015, the price of Ethereum fell to a historical low of 0.42 US dollars. However, from the perspective of early crowdfunding participants, Ethereum's history has basically not fallen below the crowdfunding price. The decline period lasted about two and a half months.

The $ 1 Era That Holds Your Heels

After falling to an all-time low on October 22, 2015, after more than a week of adjustment, Ethereum gradually returned to the era of fluctuations around USD 1 until January 2016.

During this period, Ethereum held a Devcon-1 developer conference, that is, November 9-13, 2015. This conference brought Ethereum to more people's attention. This activity helped increase people's expectations of the future value of Ethereum, thereby stabilizing its price to about $ 1 without continuing to fall.

This is the first real jump in Ethereum price history. From the beginning of January 2016 to mid-March, the price of Ethereum has jumped from about $ 1 to more than $ 10. This process also took about 2 months.

The main event of this period is the expectation of the release of a more stable version of Ethereum (Homestead), with a maximum price of $ 15 on March 14. The total market value of Ethereum is more than $ 1.1 billion, and it has entered the unicorn level.

However, with the release of the Homestead hard fork on March 14, the good news was digested, and the price of Ethereum began to fall, falling to a bottom of $ 7.39 on April 30. However, the following period fluctuated around $ 10. This period was referred to simply as the "$ 10 Era" in the history of Ethereum prices. The $ 10 era is the longest period in the history of Ethereum price, from March 2016 to mid-February 2017, which lasted about 11 months.

From the above events, the release of the Homestead version is a key event for Ethereum's transition from the $ 1 era to the $ 10 era.

In addition, there was a major ups and downs during 2016. It's all related to The DAO incident. The DAO launched crowdfunding for Ethereum. Whereas The DAO project raised 12 million ETH, which was worth $ 150 million at the time. This pushed people's optimistic expectations for the future of Ethereum, during which the price once rose to a record high of $ 18.43 on June 16, 2016.

But the good times didn't last long, and a hacker attack followed. The DAO was hacked for $ 50 million worth of ETH. People's rising enthusiasm was instantly extinguished, and the price of Ethereum has been in a downward trend for more than six months, but it can still be maintained at about $ 10. The lowest price appeared on December 28, 2016, and fell $ 7.09.

There are two major events in the 10-dollar ETH, one is the release of Homestead, and the other is the DAO project event. Homestead pulled Ethereum from $ 1 to $ 10, bringing the total market value of Ethereum to over $ 1 billion. The DAO project originally raised people's expectations for the future of Ethereum, but the hacking event greatly blocked the upward momentum of Ethereum.

The hacking incident surrounding The DAO project split the Ethereum community into two factions. One faction advocated a rollback of funds through a hard fork, while the other faction opposed this action because it violated the spirit of the blockchain's immutability. Finally, Ethereum implemented a hard fork, resulting in two chains, ETH and ETC. Such community disputes have also caused Ethereum prices to fall. Even so, Ethereum is still in an era of $ 10 fluctuations, and it has basically stabilized in this stage.

During the Ethereum period, there was also a DDos attack, etc. These negative news led to its low price in December 2016, but it still did not fall below $ 7.

Since the release of the Homestead version in 2016, Ethereum has not returned to the $ 1 era even after encountering many negative events, which shows that people have basically reached a relatively stable consensus on the market price of Ethereum.

Breaking through the $ 100 era

From mid-February to mid-June 2017, in a short period of 4 months, Ethereum rose from about $ 10 to $ 400.42 on June 14, the highest increase reached 40 times, which is also the historical increase in the price of Ethereum The highest stage. The Ethereum price was directly raised from the $ 10 era to the hundreds of dollars era.

So what happened at this stage?

There are several things to watch out for:

The above (including other unmentioned factors) has led to a consensus on the value of hundreds of dollars in the Ethereum price.

Ethereum also experienced multiple declines during this period. For example, since mid-June 2017, there has been some decline, and it dropped to about 154 US dollars in mid-July. But then it stabilized, and has been fluctuating between 200-400 US dollars. The adjustment during this period was mainly the correction of the excessively high and rapid increase. However, even with the arrival of regulation in September 2017, its price has only dropped to about $ 250. Subsequently, the price of Ethereum fluctuated around 300 USD until mid-November 2017. This period lasted approximately 2 months.

These two months are the craziest period for the entire crypto community. Not only Ethereum and Bitcoin, but the prices of other cryptocurrencies have also reached historical highs.

There are several key points in the crazy bull market that pushed Ethereum from more than $ 300 to more than $ 1,400:

Starting in mid-January 2018, Ethereum is on its way to decline. Although there has been a rebound during the period, Ethereum once stood between 600-800 US dollars for a month or two, but eventually failed to hold it, thus starting a all-down mode, and finally fell to 84.55 on December 15, 2018. US dollars. This price is equivalent to mid-May 2017 levels. However, the price of Ethereum subsequently hovered between $ 100-300 and did not continue downward.

After more than a year of fantasy bubbles, Ethereum finally returned to the $ 100 era. There are several key points during this period:

It has been more than 4 years since the Ethereum listed on the exchange in August 2015. In just a few years, the price of Ethereum has experienced the development of a roller coaster.

After a year of adjustment and digestion in 2019, the price of Ethereum is basically stable between $ 100-300. This is also the market after more than a year of repeated revisions.

With the improvement of Ethereum fundamentals and changes in market sentiment, Ethereum's 2020 will not be a stable year.

The first is that DeFi gradually finds a fit between the product and the market. Currently, 3.1 million ETH is locked in the DeFi project, and the demand for ETH in the DeFi project will continue to increase. Secondly, the development of the Rollup scheme of Ethereum layer 2 brings people expectations, and at the same time, privacy solutions on Ethereum (such as Aztec) also bring more possibilities. Finally, the ETH2.0 PoS demand for ETH is expected to cause the market to reflect it in the price.

The development of these fundamentals of Ethereum plus the halving of Bitcoin in 2020, many people are optimistic about Ethereum in 2020.

From the above developments, it is understandable to be optimistic about Ethereum. However, this is conventional logic. If there are some black swan incidents, there may also be major repetitions, such as the security issue of the DeFi project assets, the possibility of uncertainty for a period of time after Bitcoin is halved, and other unpredictable issues. Security issues, regulatory issues, etc.

In general, Ethereum in 2020 may not be as turbulent as in 2017, but there is also a great probability that it will change much more than in 2019.

The data shows that the unilateral market of Bitcoin is temporarily suspended, and the intraday volatility is still violent. 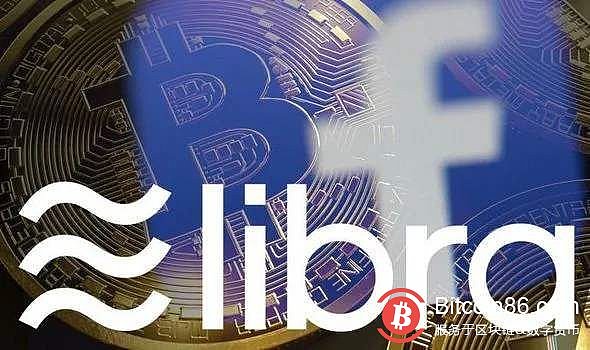 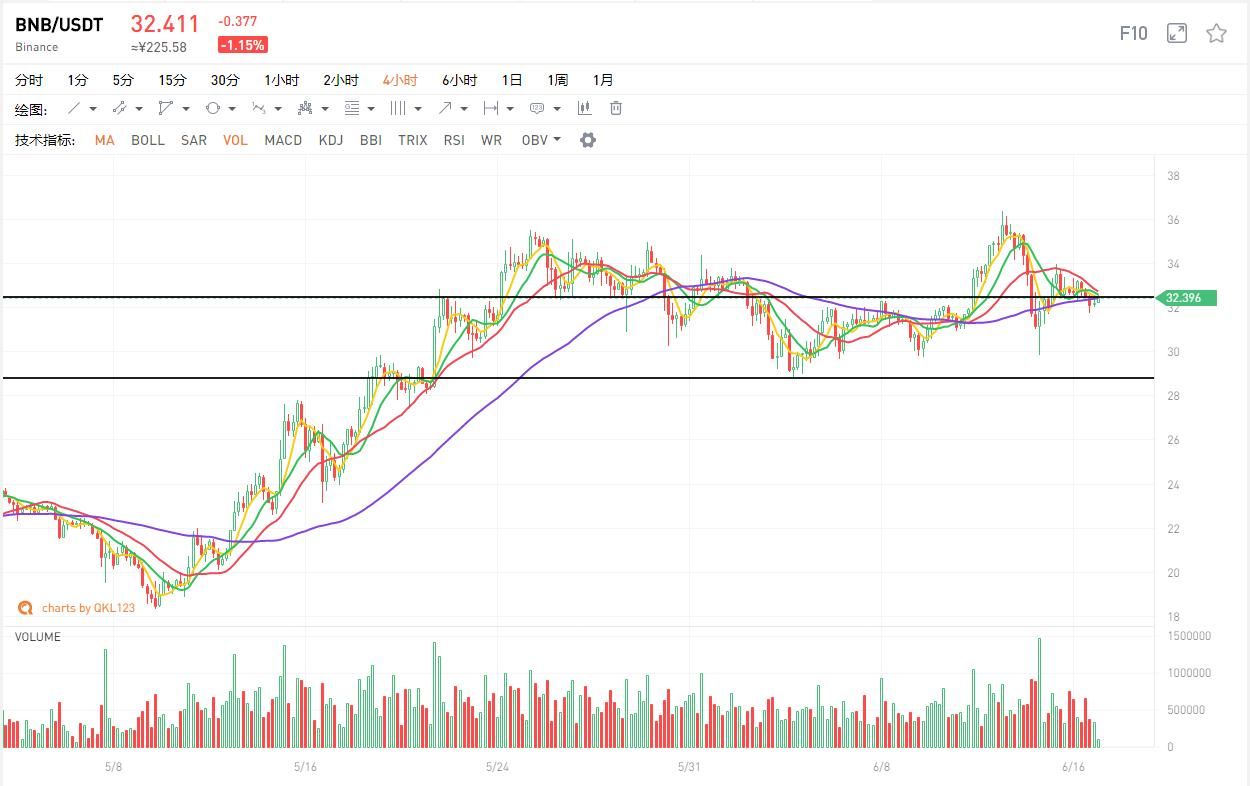