Jiang Zhuoer published a news, reprimanding the local epidemic prevention for messing around. Jiang Zhuoer said in the dynamic that this mine has not stopped and no new people have entered since the Spring Festival. However, due to epidemic prevention work, other factories were shut down, so mines were also shut down.

It should be known that before halving, it is an important time for mining. Once BTC, BCH, etc. begin to halve, the same cost output will be reduced. The forced closure of the mine will be a significant loss.

The epidemic will have a direct impact on the Chinese economy and A-shares, as well as the global economy and the currency market. So is epidemic positive or negative for BTC?

The bears believe that the epidemic will cause panic. Under panic, people will store masks, medicines and necessities, but may not choose to store coins. After all, life is most important in an epidemic.

In addition, due to the outbreak of A-shares, some funds will flow from the currency market to A-shares to make a dip.

The favorable side believes that under the epidemic, except for some industries and positions that can be remotely operated, others cannot make money by working. Only some occupations with a stable salary can earn stable employment. Other migrant workers have no job and their income has declined, so it is even more difficult for entrepreneurs to make a profit. In this case, people consume less, so even if they can work remotely, the benefits will be much worse than before. Under this premise, people may be more willing to make profits by investing, so speculation in coins is a direction that people pay attention to, so the epidemic BTC is good.

Another reason is that due to the impact of the epidemic, A shares fell sharply, and Bitcoin will play a safe-haven nature, so the epidemic is good for BTC.

❖ Impact of the epidemic ❖

Jiang Zhuoer said that this is only a case. His dozens of mines have only stopped this one, but it does not rule out that other mines will be stopped in the future. Materials and personnel at other mines cannot enter and leave, which also has a major impact on the maintenance of the mine, resulting in machine failures that cannot be handled. To be sure, the epidemic has affected China's mining industry.

If the mines of POW projects such as BTC are shut down one after another, the computing power of the entire network will be reduced. Then it is a benefit for overseas miners, they can relatively mine more coins, which means that the cost of their BTC and other coins is relatively reduced. There is no doubt that the more Chinese mines are shut down, the stronger the suppression of BTC prices. If all the mines in the country are shut down, we imagine what the currency prices of POW projects such as BTC, BCH, BSV, LTC will become? !!

If we discuss the BTC price, we must consider the price of A shares.

The share price and the price of the currency are inextricably linked, loving and killing each other. On the one hand, stocks and crypto assets are both financial investment products and are related; on the other hand, the two have certain substitutes and competitiveness. So they are both relevant and competitive.

The first thing we can be sure of is that the outbreak will cause A shares to plummet. This is inevitable and has already happened. At this time we have to consider the flow of funds between the stock market and the currency market.

On the contrary, some money in the currency market has entered the stock market. Because BTC just rose a wave, there is insufficient motivation to continue to rise. And look at the convergence of BTC, at this time is approaching recent highs. It should not be too wrong to leave now.

The A share is at a low point, and it should be a time for a dip. Therefore, under the influence of the epidemic, the flow of funds from the currency market to the stock market is relatively more.

The third type of funds is the funds on the sidelines. How will these funds move? The following article discusses this issue.

Obviously, people's current demand will increase. Because the epidemic has made people less profitable in recent days. Besides, you can stay at home for many days. So consumer demand has increased.

And people's investment needs will decrease.

Therefore, the funds currently on the sidelines will reduce investment.

In addition, people are more sensitive to risks, so even if this part of the wait-and-see funds is invested, more will be invested in A shares, and the funds flowing into the currency market will be relatively small.

Some friends may condemn TVB.

Note that TVB said in yesterday's article that BTC is expected in the medium term. Not that BTC will rise in the epidemic.

In an outbreak, people tend to stay away from risks. But after the epidemic, things will be different. 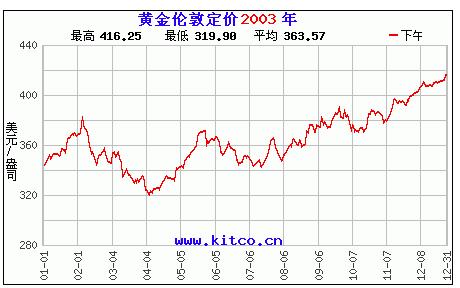 TVB found a historical chart of the price of gold (although it is the price of Huadun gold, but it should not be too different from the trend of world gold prices). When we saw SARS in 2003, the price of gold fell first in the first half of the year. In April, the mayor of Beijing was removed from office and SARS news was announced nationwide. Then gold started to rise. In the summer, gold continued to grow after the correction.

After the epidemic, the economy regressed. In order to stimulate the economy, it is likely that an expanding monetary government and fiscal policy will be adopted. So inflation may occur and A shares will rise. However, this premise is inflation. That is, the nominal value of money is increasing, but actual wealth is not necessarily. At this time, BTC, as a relatively scarce deflation currency, will see a rise in demand.

Under the influence of coronavirus, people will reduce their income, so they will reduce unnecessary consumption and have more investment desires. When people get rid of the panic virus's panic, people's adventurous spirit will gradually recover. It will also stimulate people's desire to invest in BTC.

Of course, this is just a superficial view of TVB. TVB also hopes that BTC is always good!

Although in 2016, BTC saw a surge after halving. But this does not mean that history is copied. After all, there are far fewer believers in BTC in 2016 than they are now.

The impact of the epidemic is to condense the gains brought by the original halving, not to contribute to the flames.

The current halving of BTC has raised expectations. BTC will still rise when halved, but the epidemic will curb the rise of BTC. And, as expected, a halving bubble is likely. TVB believes that BTC will fall after halving. From the perspective of development in 2019, the cycle of the currency price has become half a year. Coupled with the impact of the epidemic, TVB feels that it will rise slightly before May (after all, it is still good to halve), and then it will fall. Coronaviruses are afraid of heat and will gradually die in the summer. After the epidemic, there will be a period of consolidation in the second half of the year. TVB believes that in 2021, BTC will end this convergence triangle and start a round of bull market.

Finally I explain that I am not bearish. Bearish does not mean bearish! It is just that the impact of the epidemic has weakened the benefits brought by halving. So TVB feels that it will rise before halving, but the bigger market may be next year. This is what I want to express in writing this article.

Of course, it is still that sentence, which is only a simple opinion, and does not constitute investment advice.

TVB also hopes that the bull market will come sooner!

BB: Strive to promote better products to as many administrative jurisdictions as possible