He Bin, founder of imToken.

In 2010, He Bin and his colleagues tried to start a business. They held the “play and play” mentality, but later they became “serious”. The windmill collaboration was the first project that He Bin officially started, and he failed for nearly three years.

At the end of 2014, a friend who made a bitcoin exchange had a three-month lobbying for He Bin. At the beginning of 2015, He Bin joined the exchange with a dubious attitude and improved the user experience of the product.

"At that time, the concept of blockchain has not been popularized. More people know Bitcoin. At the time, I didn't know about Bitcoin. I thought this might be an experiment on the Internet. An experiment with password punk. Later, when I was doing this, I slowly began to understand the value of the blockchain itself, the principles behind it, and with the deeper understanding, I became more and more recognized about Bitcoin, and later led to the launch of imToken. The course." He Bin said.

imToken is a digital wallet based on ETH and was established in 2016.

“Why do I have to do Ethereum’s digital wallet? This is related to the career path I have been doing. The blockchain itself is very technical and includes the economic game. When I participated in the exchange product development work in 2015 Fortunately, I saw Ethereum, Ethereum created a new blockchain concept, I found that on this smart Turing-complete smart contract platform, you can do a lot of interesting products. At that time, Ethereum just came out, various The infrastructure is not complete, especially the wallet, so I think the wallet is a blank in the ecology of Ethereum."

"The second is that I think that the blockchain really brings more services to ordinary users. At the same time, it is very dependent on a good window tool, so I decided to set up a team to be a wallet product. Our strategic grasp of the product is very simple, moving. First, because it was already in the mobile era, so we started to make mobile apps."

Looking back over the past three years, He Bin believes that the development of imToken is relatively smooth, while the "luck" component accounts for a large proportion.

"We captured the hot spot like Ethereum and had such an opportunity. With the ecology of Ethereum, our products have grown stronger. This is a component of luck." He Bin said.

But the process of starting a business is not easy, and those sufferings are also there.

"First of all, from 0 to 1 to create a product without any reference, insight, can only explore the direction forward, there must be a lot of detours in the middle, there will be many objective and subjective resistance. The main resistance comes from the industry. The ups and downs, and the policy environment for controlling financial risks have a great impact. For imToken, which is more of an exploratory team, sometimes the ideas will have some conflicts with the policy environment, and some things can’t be done. At this time, you will be very confused. There is a helplessness that you can't open, and sometimes you will suspect that this is worthless?"

“The “9.4” incident in 2017, the law issued by the state has an impact on the entire ecological industry of the blockchain, and its gravitational wave affects every practitioner. For example, the digital currency of the wallet user has plummeted, it is worthless, his coin Maybe it can't be traded on the original exchange, it will affect us, because we are managing the coin as a wallet. He doesn't understand why this happened. In fact, we can't do good with the user. Communication, only through time, let everyone slowly understand the reasons behind this thing." He Bin added.

Copy oneself in the digital world

"There are different answers in different stages. I may be more profitable in the early days. My family is poorer, so I feel that if I do a job honestly after graduation, I am unlikely to have accumulated wealth. When I work for a while. After learning the skills, there will be a creator's mentality. If you want to build a product and let people accept this product or evaluate feedback, it will bring me a sense of accomplishment, that is, the second level, I feel that I have To achieve the second level of pursuit. At this stage I have more resources and a stronger team, I want to do more great things, want to use this technology to truly bring business value."

This passage reminds me of He Bin’s sharing of a story when recruiting team members early in the venture.

"They used to be Internet, and they are not familiar with the blockchain. They will search for a blockchain before the interview. The result is a search. The posts are different for the blockchain. I will convince them to join. Actually, It takes a long time to communicate and tongue. The deep impression is that we have a front-end development. During his interview, I accidentally mentioned that he is more admired by Wall Street financial engineers. I will seize this point and say that the blockchain is Emerging Wall Street Finance, you are involved in imToken, you are the future Wall Street financial engineer. He finally made a wise choice and joined our team. Now we are a very core development member."

On January 4, 2019, He Bin said at the "Forensic 2019 Blockchain Value List" conference hosted by Babbitt: I hope that after 10 years, I can copy myself in the digital world and create myself in the virtual world.

What does this have to do with the blockchain?

In the interview with "8 Questions", He Bin said that his biggest wish now is to make imToken into a product of 1 billion users (imtoken now has less than 10 million users). We know that there are not so many people in the entire industry, how can we achieve such a large scale?

“This is why we are constantly moving forward to explore and iterate on our products. We will think about what imToken is going to do to get users to such an order of magnitude. When thinking about it, it’s time to develop it for a year or two. Table and product plan. Our mission is to bring blockchain technology to the general public, so that such a wonderful technology can be brought to a wider range of users, not just millions of users now. The global population base is so large, 99% Users are still waiting for us to transform their lives with new technology."

In 2018, imToken moved its headquarters to Singapore and was also related to the goal of a billion-size user.

"The large number of services we serve now are Chinese users, but there is a great growth potential overseas. We are expanding our market with a global vision and bringing products to a wider range of users, so we have settled in Singapore. We chose Singapore as the first stop. First, because the current European and American markets are not in place, Singapore is a very central physical base in Southeast Asia, which can radiate the entire Asian market. Second, the blockchain itself has a very good development status in Singapore, regardless of its regulatory environment. , or the industry's ecological companies are very rich."

Referring to the plan of imToken this year, He Bin said that there are three very important things.

First, imToken has entered version 2.0. The main feature of version 2.0 is that it can support multi-chain imToken1.0, which is just a digital wallet of Ethereum. It supports the three major chains of Ethereum, Bitcoin and EOS. At the end of April 2019, imToken released a new version to support the fourth public chain – cosmos. Second, this year imToken will upgrade to the centralized exchange TokenLon, this version mainly to solve some of the common problems of DEXS, such as liquidity problems, technical thresholds and so on. Third, in March of this year, imToken officially launched a hardware wallet product that was polished for 10 months.

On May 17, the 2019 Global Blockchain (Hangzhou) Summit Forum will be held in Hangzhou. It is confirmed that the number of guests present has exceeded 30, and the agenda covers technology, investment and trends. Technology Open Day, blockchain friends, summit forums and other super-rich activities, waiting for you to join. During the May 1st Golden Week, the mind is not on holiday. 50% off ticket purchase activity, hot in progress, click to buy tickets: http : t.cn/EJSwdEj 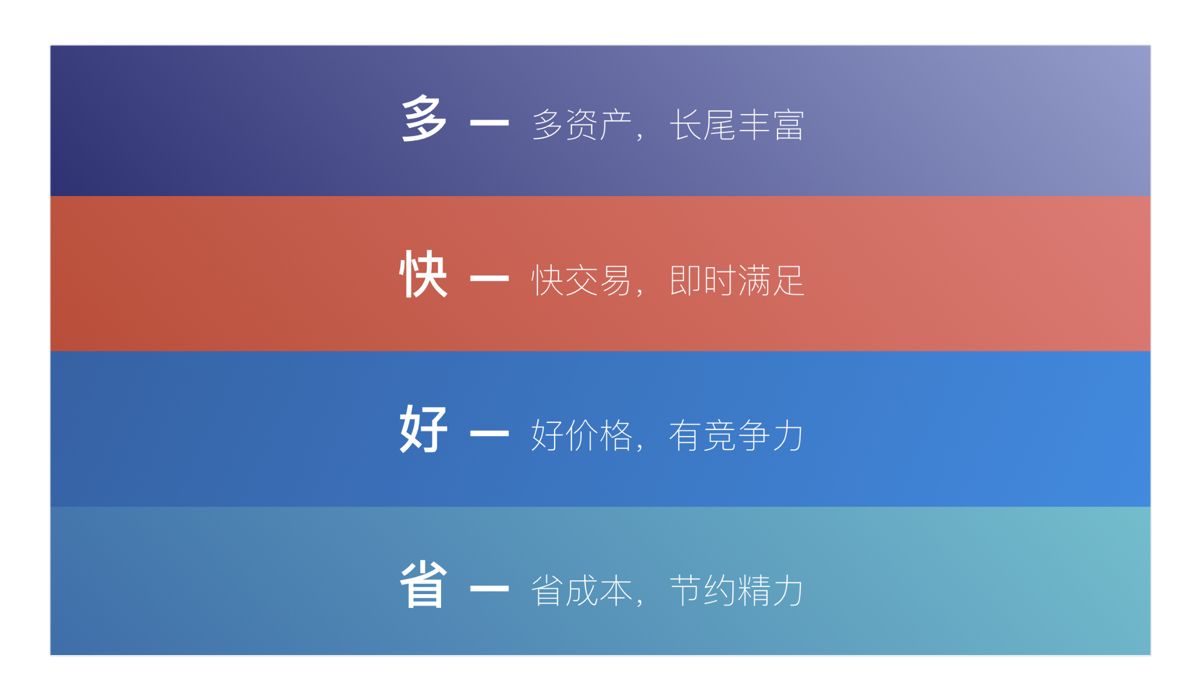 [AMA] Can Ethereum use DeFi…