Beginning on February 6, a large-scale snowfall will begin across the country, and the sky will fall. I hope this plague will fade away quickly. I hope that all sorrows will be comforted after the plague, and all deaths will be remembered. World Return to peace-as described in Chairman Mao's "Sending the Plague God", "By asking the Lord the Desire, where the paper boat is burning."

Faced with the death of hundreds of fellow robes and grief, we still have to turn around and fight with the plague god.

Inappropriate management of donated goods and materials, rumors spread, and SMEs face a break in the capital chain … Wuhan Pneumonia, which swept the country during the Spring Festival, also indirectly exposed many problems.

What kind of positive role can the blockchain technology, which is the focus of the global science and technology circle, be, as the "important breakthrough point for independent innovation of core technology" of the Party Central Committee, in this plague?

In order to prevent and control the epidemic, many local media mentioned the blockchain technology many times when they released countermeasures.

On February 6, Beijing WeChat public account issued a statement saying that in order to effectively reduce the impact of the epidemic on the production and operation of small and medium-sized enterprises, Beijing issued 16 measures to deal with the impact of pneumonia caused by new coronavirus infections to promote the sustainable and healthy development of small and medium-sized enterprises. Including improving the convenience of financing. This measure requires:

(1) Strengthen the rapid response mechanism and network construction of financial services, carry out the "online smooth integration project" quick docking service, give full play to the role of the bank-enterprise docking system, improve the availability of financial services and reduce service costs.

(3) Establish a supply chain debt and debt platform based on the blockchain to provide rights-financing financing services for small, medium and micro enterprises participating in government procurement and state-owned enterprise procurement.

This shows that government departments have been attaching importance to the tight funding chain that small and micro enterprises face during the epidemic. Due to the distributed storage technology of blockchain technology, once the data is chained, it cannot be changed. Such characteristics will definitely have a right to confirm data. It plays a huge role and is also very suitable for financing services during the outbreak.

On February 5th, according to the CCTV-4 Chinese International Channel (CCTV-4) report this afternoon, in order to do a good job of epidemic prevention and control, various districts and departments in Beijing have optimized the application process, streamlined the application materials, and adopted a variety of methods to carry out online and handheld Office, fingertips, and vigorously promote the mode of not meeting. Among them, the Haidian District Market Supervision Bureau has implemented a "in-visit" mode for business registration, pre-confirmation of corporate housing leasing, etc. by sorting out the business process of enterprises and using various methods such as Internet, telephone and blockchain technology. 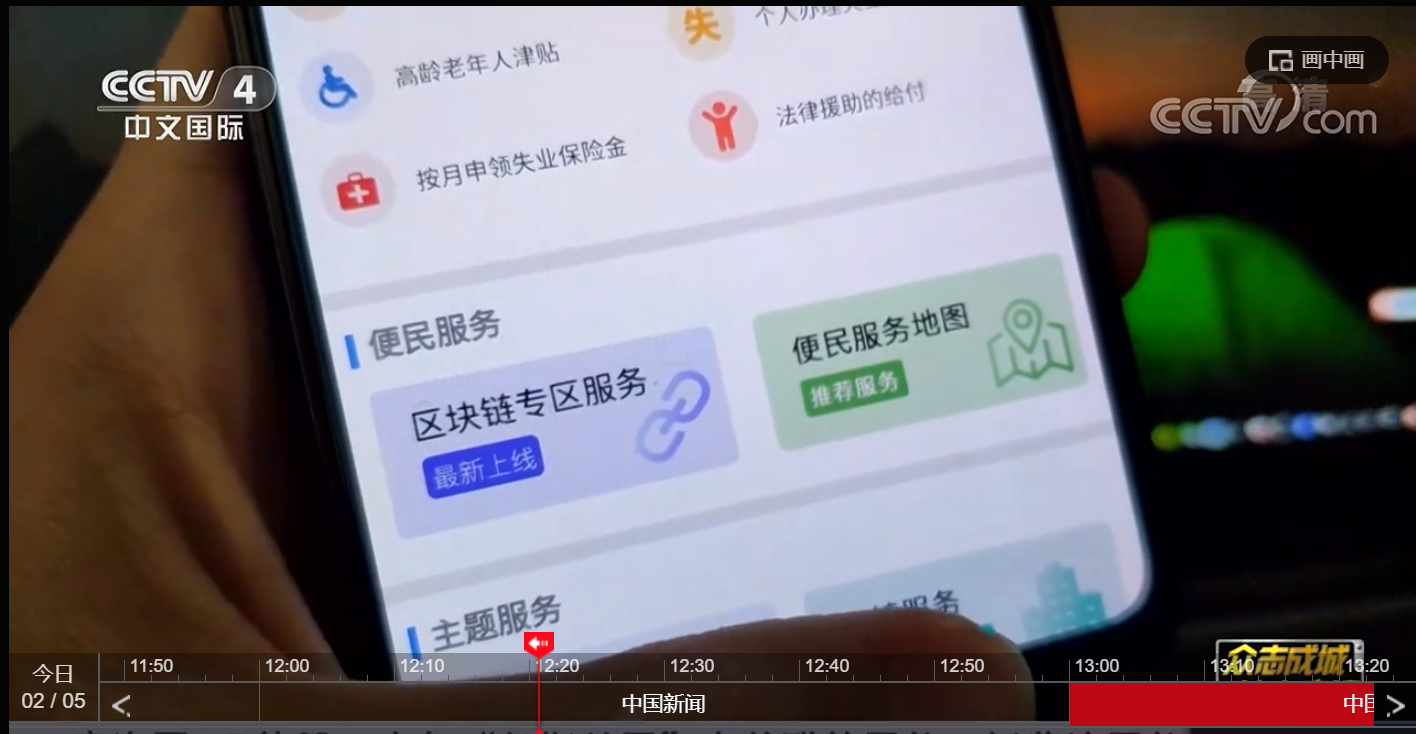 "Do not meet" can do things, which requires the task to be completed without meeting. Combined with the epidemic situation of the epidemic, the ability to do things without meeting will greatly reduce the speed of epidemic transmission, the natural trust of the blockchain The mechanism can just meet such a requirement.

In fact, the trial of using blockchain technology to "do not meet" has already begun, and the blockchain electronic invoice is an example.

According to the Xinhua News Agency Shenzhen report on November 1, 2019, the State Administration of Taxation, Shenzhen Municipal Taxation Bureau revealed that the number of invoices for the Shenzhen Blockchain electronic invoice exceeded 10 million.

The relevant person in charge of the invoicing company said that the blockchain electronic invoice is used on demand and does not need to periodically return to the tax department to collect and purchase invoices, which reduces the workload of corporate tax officers, free use of tickets reduces financial costs, and users apply for invoicing after shopping. Reduced manpower investment in the enterprise. Such a time stamped electronic invoice ensures the authenticity of the electronic invoice and eliminates any possibility of fraud from the root cause. At the same time avoid the use of paper invoices and reduce the spread of the virus.

Therefore, from the perspective of passive epidemic prevention, blockchain technology will play a lot of roles in solving trust and reducing close contact.

On January 26, with the approval of the State Council, in order to strengthen the prevention and control of pneumonia outbreaks of new coronavirus infections, effectively reduce the concentration of people and block the spread of the epidemic, it was decided to extend the Spring Festival holiday originally scheduled to end on January 31 to February. On the 2nd (the 9th day of the first lunar month of the lunar calendar, Sunday), work starts on February 3 (Monday).

Schools, primary schools, and kindergartens in various places are postponed, and the specific time will be notified separately by the education department.

However, the epidemic situation did not slow down with the extension of the holidays, so although it was normal working hours, but few companies were able to start work normally, so "working from home" became a hard requirement. As a result, the Baidu index for "working from home" climbed from about 150 to nearly 2400, and the search heat increased more than 15 times. The search for the keyword "remote office" also climbed from about 160 to 2800, and the search heat rose nearly 18 Times.

Before the official start of distributed office, many Internet companies took steps to deal with possible problems in distributed office , implemented punch-in and reporting, and required employees to develop detailed work plans. It can be said that although working from home, the intensity of work This has not diminished.

However, for a long time in such an environment without supervision and incentives, slackness will inevitably occur.

At this time, you can use the economic model of distributed management of blockchain technology to provide positive management for distributed office.

As we all know, the ecology of Bitcoin, Ethereum, Bitcoin Cash, Litecoin, without any central institution, has been operating normally for as long as 10 years and as few as 4 years. Therefore, this decentralized incentive method of blockchain is worth learning for all centralized companies, especially those with distributed offices in special times.

In other words, it is the strength of the blockchain to solve many problems exposed in some current distributed collaboration models.

Taking Bitcoin as an example, it has become a model of distributed collaboration. Absolute fairness, transparency, and security. In particular, the unique Token incentive system can refine the fair distribution according to work, allowing people to participate actively and actively. If there is such a company or organization, after the release of work tasks, employees can actively participate and grow with the organization, which is definitely the dream state of all business owners.

Under the positive incentives of the Bitcoin ecosystem, miners, holders, developers, exchanges, the media, and so on, work in a small ecology to work for this super ecosystem, endlessly …

At the same time, during the Wuhan epidemic, due to poor management and information disclosure, charity materials and funds were not sent to the front line in a timely manner, which also caused social dissatisfaction.

So can blockchain technology help? of course can.

If the donated materials can be traced to the source and logistics in a timely manner, then the source can be traced fundamentally. This technology has been used by Tmall International and other major manufacturers. Before Tmall International, for example, even if you bought a pack of milk powder, you can trace the origin through blockchain technology.

Take a pack of imported milk powder as an example, scan the QR code through Taobao on your mobile phone, and enter the code to find the certificate of the product on the blockchain. 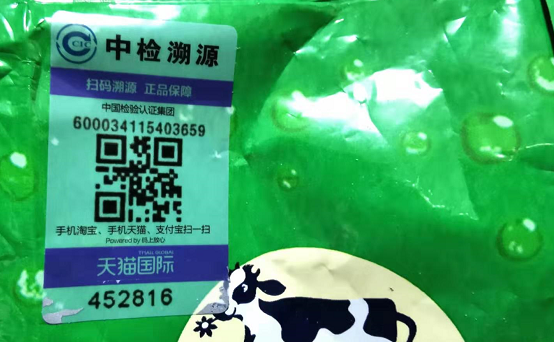 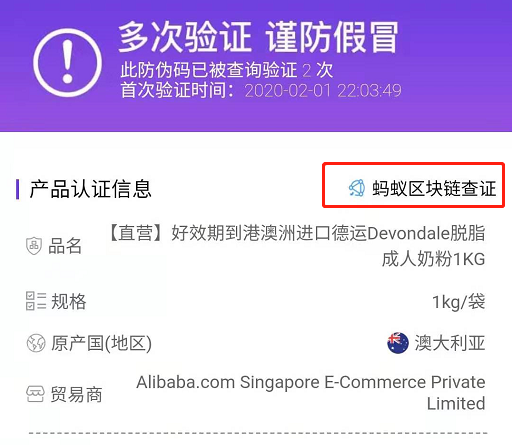 Since the traceability of imported products can be achieved, it can be applied to the supervision of charitable materials. If this is done, perhaps domestic philanthropy will win more trust.

3. The most direct way to prevent epidemics: Blockchain companies give love

Already, more than 30 blockchain companies have quickly reached out to assist the affected areas with funds or medical supplies. As of January 27, according to incomplete statistics, the total amount of materials provided by new financial companies including blockchain companies to aid the epidemic has exceeded 1.7 billion yuan.

In addition, there are many, many blockchain companies donating materials for the Wuhan epidemic. In the face of a huge epidemic, these donations may be a waste of money, and more people across the country will be required to fight against the epidemic. I believe that such disasters will be conquered like other disasters that our nation has experienced in history.

Of course, there are many more that blockchain technology can do, as the People's Post and Telegraph article of January 22, 2020, "Everywhere, the olive branch is thrown. The blockchain is becoming a" weapon "for empowering thousands of industries." , Electronic invoices, logistics tracking, cross-border payments … "In 2019, hard core strengths such as decentralization, traceability, and tamper resistance of blockchains are gradually being tapped.

Blockchain technology is no longer synonymous with Bitcoin, but is becoming a "weapon" for empowering thousands of industries.