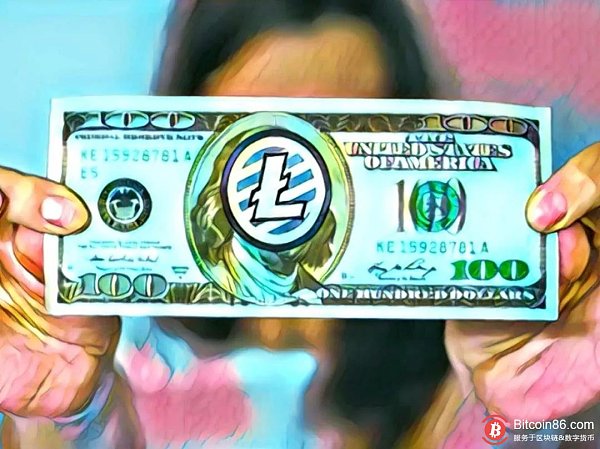 Image source: investinblockchain
Although the price of Litecoin has fallen by 10% in the past seven trading days, it still performed well during the 90-day trading period, and the price rose by 121%. Litecoin currently trades at $73.97, and Litecoin is currently ranked fifth in the cryptocurrency market by market capitalization.

Image source: https://coinmarketcap.com/
Litecoin is one of the earliest cryptocurrencies and has been around for 72 months, created by former Google google engineer Charlie Lee. If Bitcoin is the gold of the currency world, the Litecoin is designed to be digital silver. This means that Bitcoin is a form of wealth storage, while Litecoin is a cryptocurrency for trading.

In this article, we will look at the potential of LTC to reach $100 in the second quarter of 2019.

The current trading price of Litecoin is approximately $73. To raise the price of the currency to the $100 mark, the Litecoin needs to overcome the resistance of $78, $87 and $97. Of course, there is still a series of partnerships and developments that can help LTC prices rise.

Let's take a look at some positive drivers that may make Litecoin rise above $100.

This will add a much-needed privacy layer to the Litecoin network. Today, "privacy" can be said to be one of the hottest topics, and adding privacy options to Litecoin users is a complete move.

Mimblewimble will be implemented by a Mimblewimble variant that allows the conversion of conventional LTCs to LTCs on the chain. When privacy is required in the transaction, the user can exchange the two coins with each other.

After sponsoring a major PPV event in December 2018, Litecoin has achieved significant success in the UFC (Ultimate Fighting Championship). However, the Lightning Network Foundation took the lead and is now working with the Glory Taekwondo Alliance.

Litecoin will now be the official cryptocurrency for the Glory Online Business Platform and international events. Litecoin users can now purchase through Litecoin's own online marketplace. In addition, users can choose to purchase the exclusive event privileges of Litecoin. These privileges include meeting with the player, visiting the backstage, and selecting the advanced seats for the venue.

Perhaps the most exciting upcoming development update is the halving of the August 2019 award. Litekers' miners are rewarded for protecting their network security every time they find a block. In August 2019, mining incentives for miners will be reduced from 25 LTC to 12.5 LTC per block.

A halving of the reward will greatly limit the increased supply of the Litecoin network. This means that the inflow of new LTCs entering the market will be significantly reduced, making it even more scarce. In theory, when asset supply is limited, this should help the price rise.

The Lite Currency Reward Reduction Plan will be implemented around August 7, 2019. Although the halving of the district award will occur after the end of the second quarter, the price trend will usually rise several months before the actual halving, as the user expects the price to rise on the actual date.

Let's take a look at the LTC/US dollar market, and what are the important support and resistance levels on the road to $100. 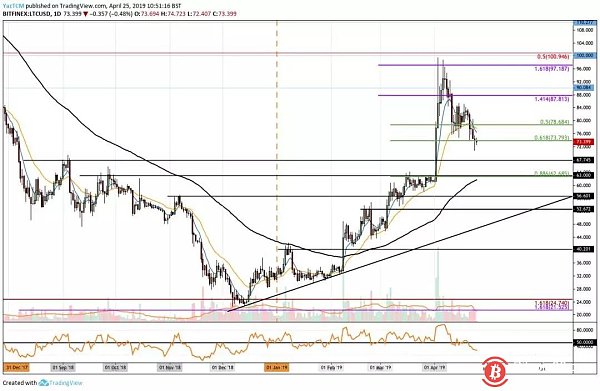 LTC/USD – Long-term daily chart <br /> Looking at the daily chart of Litecoin above, we can see that the market bottomed out at around $24 in December 2018. After reaching this level of support, the market reversed and began to climb.

Despite recent price declines, Litecoin is likely to reach $100 by the end of the second quarter of 2019. Working with Beam to bring privacy protection and working with Glory to bring exposure will greatly help Liteco achieve this goal. However, the biggest driving force for the price of Litecoin to reach $100 would be to halve the reward in August 2019. (chain orangutan)