The original text was first published in Jianshu on February 4, 2020. The author is the founder and chief architect of IPSE, Xie Jianhuai (Silver). He is also a serial entrepreneur, blockchain technology integrator, and technology Geek.

In the past 10 years, if I were to choose one of the most successful values, I would not hesitate to choose Bitcoin instead of universal value, democracy and freedom.

When I first started out of campus, Bitcoin was still a very weak consensus, and the consensus group was not very large, but the percentage of Bitcoin diehards, that is, the Bitcoin maximalists, was the highest. At that time, The price of Bitcoin is very volatile, but after several years of development, Bitcoin's consensus has become a very strong consensus network, and the price has also stabilized a lot.

This involves a very fundamental consideration. Why does the market value of bitcoin show cyclical fluctuations, the lowest is over 40-50%, and it will rise back to 70% in a few years. Why the value of digital assets will return to Bitcoin On me? From gold to Bitcoin

Let's look at the basic theory of Bitcoin maximalists from the perspective of a Martian. I conclude that: Bitcoin will dominate the transformation of human beings' biggest consensus. So far, the biggest consensus of humankind is gold. Why do everyone love gold? ? In fact, the starting point is also extremely simple. In the history of human mining for thousands of years, the mining cost has risen linearly. With the relatively easy mining of gold, the difficulty of mining has also increased linearly, but Bitcoin ’s The mining cost has increased exponentially, and its growth has no external interference factors, and everything follows mathematical principles.

Everyone knows that bitcoin production is halved every 4 years. The halving of the market price will make the mine owners reluctant to sell, which will lead to a wave of market prices. Even if the miners do not expand the computing power of Bitcoin in 4 years, the mining cost of Bitcoin is It will double every year , but the premise is not true, because the computing power of Bitcoin will expand several times every four years, so the price of Bitcoin will be supported several times every four years.

After my simple calculation, by 2043, the number of global believers holding bitcoin will exceed the number of gold holders, which means that the greatest change in human consensus will come in 23 years.

Why is Bitcoin resilient?

I do n’t know if you have heard the term “Bitcoin Hardness”. Next, I will share the “Bitcoin Hardness S2F Theory” and “Drunk Man's Home Theory”, and do some theoretical verifications. Why will the greatest change in human consensus happen? In our generation.

The S2F (Stock to Flow) model, inventory / production, which is the inverse of the annual supply growth rate, is an indicator used to quantify the scarcity of assets. It can be called the "hardness" of assets. In fact, everyone understands that there is such a consensus. If you want to invest in real estate, what is the first consideration? Lot, lot, or lot, because everyone understands that only lot is relatively scarce.

In human history, the hardness of many currencies is obviously insufficient, and it is easy to fall into the "cheap currency trap". The most typical example is silver. During the Ming and Qing empires, the typical silver empire, Europeans were trading with the eastern empire. In the process, a large amount of silver is consumed, and the price of silver will rise, but with the discovery and mining of silver in the Americas, the output of silver has increased significantly, the annual supply has increased, the hardness of silver has continued to decrease, the spiral of price decline has emerged, and silver has gradually Withdrawn from the base currency. 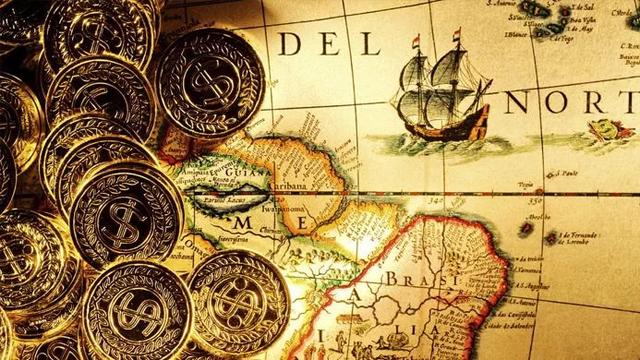 However, gold will not fall into this "cheap currency trap", the price of gold will rise, and its output will not rise significantly, ensuring the hardness of gold. Similarly, Bitcoin will not fall into the "cheap currency trap", and as the price of Bitcoin rises, its output will not only rise, but will also decline, so that Bitcoin's hardness will become greater and greater.

But what is the relationship between Bitcoin price and its S2F hardness?

First of all, we must understand that the increasing hardness of Bitcoin S2F is an inherent property, which is mathematically defined and will never change. As can be seen from the above figure, the hardness of Bitcoin and its total market value conform to a linear regression. To understand why the total market value of Bitcoin always falls near this regression line, it is like figuring out why a drunk man always lays home. On the way.

The drunkard theory is a very classic explanatory model in the stock market. The stock price is like a drunkard walking, and its course is tortuous and unpredictable.

I say here is the theory of a drunk man going home. This drunk man also walks, and the path is also winding, but the drunk man knows how to go home. In the long run, the drunk man has a good way to go. Following it, to put it in plain words: Bitcoin price is unpredictable in the short term. In the long term, as Bitcoin hardness continues to increase, Bitcoin hardness is like the way home for Bitcoin price. This road is very clear. Historical data is consistent with such a linear regression, then the future price can be predicted based on the linear regression. According to the model's inference, in 2020, Bitcoin will usher in a halving market. After halving, in the next 4 years, the price of Bitcoin will rush to 70,000 to 90,000 US dollars. The fluctuation experienced in the middle is the way that the drunkard goes This linear regression is like a guide for the drunk man's way home.

Can Bitcoin go up?

The above is a theoretical deduction. From a practical perspective, it can also make people think deeply. Let me give you a unique perspective on the problem. I call it "the digital asset volume and the right to speak are seriously unequal."

Everyone will exclaim, the encrypted digital assets that have been bluffed all day are so small. Yes, the numbers will not lie. According to the news, everyone sees the proportion. It is by no means 1,000 encrypted real estate news. Press it.

However, there are always some hidden rules in this world. The volume and the right to speak are basically equal. The development of the encrypted digital economy is an incremental system, while many real estate are stored systems, but economic vitality comes from incremental. Having said so much, the next question to answer is the reason why encrypted digital assets have a "ten thousand swordsmanship" trend, which will be returned to the Bitcoin consensus coin every few years. And we all know that Bitcoin is just a simple PoW coin with a first-mover advantage, why can it eat up the value of countless outstanding late-release projects?

After 11 years of ups and downs, Bitcoin has gone from a weak consensus to a strong consensus today. In the process of becoming stronger, it has continuously devoured the market value of all cryptocurrencies. The coins swallowed will eventually be reduced to the back of the pie.

If you want the pie to rise all the way, in fact, as long as the simple truth is that the circulation ratio of bitcoin must be continuously reduced, bitcoin will be produced every day, but there will not be many real flow to the secondary market for trading, why?

There are two main reasons. First, bitcoin maximists hold bitcoin and are scheduled to invest in bitcoin. Second, everyone's cognition has a cost. It is difficult for many new entry funds to recognize a wide variety of coins. Many are directly invested in Bitcoin.

Therefore, although bitcoin produces coins every day, the circulation ratio is constantly decreasing, which causes the price of bitcoin to rise in stages, and the halving of the market is the most important factor. After so many years of development, everyone should understand the rules of encrypted digital assets. As the ancestral coin of "the ten thousand swords return", Bitcoin will always come back every three or four years to devour the market value of other encrypted digital assets. . In fact, the logic behind it is also very simple. As long as you think about it, you have a feeling of suddenly opening up.

As a new value network, Bitcoin has the same network effect as the information network. Only when everyone becomes a node of this network can the maximum value of the entire network be exerted.

Therefore, those projects that are themselves second-, third-, and fourth-generation blockchain technology are basically projects that segment network effects, so it is also common sense that their value will be swallowed up. If there are projects that do not separate the network, then everyone must give a high look.

At first Satoshi Nakamoto only had some basic assumptions. For example, a deflationary currency can counter the inflationary fiat currency. Since it is formed naturally, it is difficult to copy another bitcoin. Various initial conditions and boundary conditions are Not the same, so it is almost impossible to naturally form such a weak consensus and strong logic.

CNBC Moderator: Telegram tries to settle with the SEC and asks early investors whether to accept the TON token for one year extension. 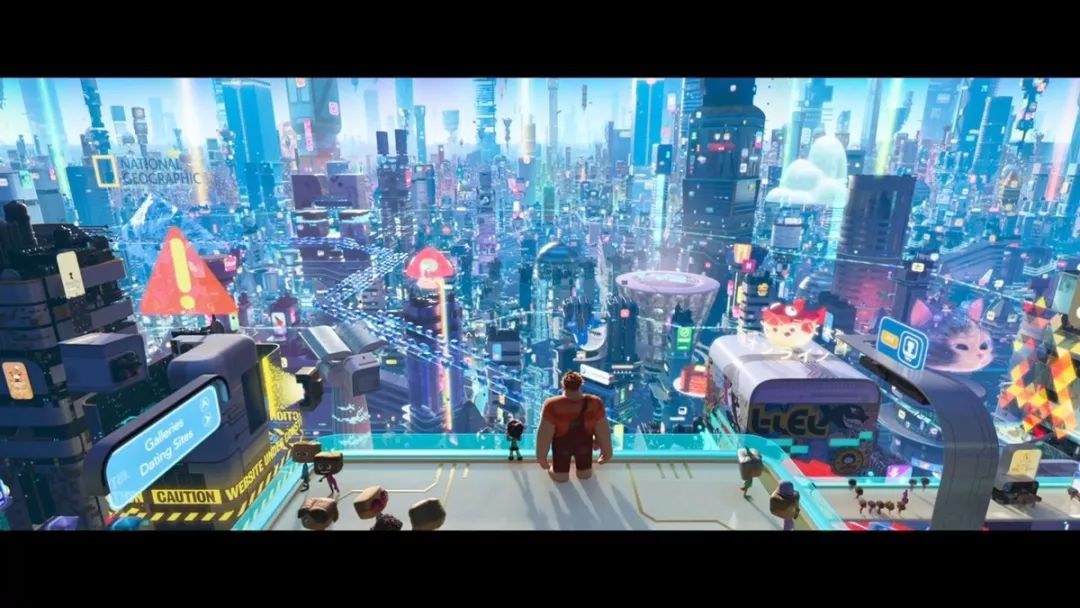