In the process of bitcoin accounting. Is there really no one to remember fake accounts? This is not the case. We have told you before, Bitcoin's consensus algorithm POW, usually we call it proof of work. This algorithm guarantees that the false accounts recorded by the person who recorded the false accounts will not appear in the final book of Bitcoin. How is it achieved? First, the bookkeeper is random, even if you have more than 80% of the entire network computing power, the remaining 20% ​​of the computing power, there is still a 20% probability of obtaining the bookkeeping right, the random bookkeeper reduces the evil person is selected risks of. Second, the transaction can only be issued by the person, can not be forged, reduce the rights of the account holder, the bookkeeper can choose not to remember, but can not be born out of nothing.

Let us assume an extreme situation. Some people know that the next randomly selected account holder is himself, or has enough confidence to get the bookkeeping right in an instant. Is it possible to make a fake? This situation is also impossible. Assume that in this block, the accountant has recorded the false account, and the real account will be added in the subsequent accounting. After the conflict occurs, the Bitcoin system will fix the error. The fault-tolerant mechanism is more complicated and involves the bitcoin rollback mechanism, which cannot be expanded, but can effectively avoid false accounting.

But there is a situation where the fault tolerance mechanism cannot be solved. It is when a mine or organization has more than 51% of the computing power of the entire network. In this case, the system's accounting fault tolerance for this subject will become very low. Subjects who have mastered 51% of computing power can use their own computing power to get the checkout rights more probablely, and recognize the pretend and refuse to record the real accounts. The mining workers' mining procedures have a basic feature or setting. The miners will choose the longest chain to extend. Although the body with 51% computing power does not necessarily get the record every time. Account rights. As long as it occurs two or three times in a row, the chain in which the false account is located may become the longest chain. At this time, the false account becomes a real account, and the security and accuracy of the bitcoin are destroyed.

So when a single organization's computing power exceeds 51% of the entire network, this method of destruction becomes possible. This is also the 51% attack we most often say. Fortunately, most bitcoin holders and miners have such awareness and consciousness that they will not let such things happen. Although the current concentration of power is also very serious, when a single subject is too high, the miners usually spontaneously leave the power to redistribute and avoid this. Then talk about the second. 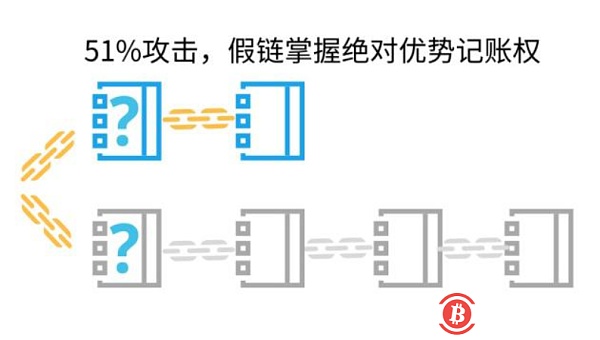 To some extent, this method of destruction is also one of the consequences of concentration. As the production of Bitcoin is getting less and less, the computing power of the whole network is getting higher and higher, and the mining cost of Bitcoin is also increasing. The miners are starting to chase the electricity bill more and more, because the mining machine belt runs in places with low electricity costs. The revenue is far greater than the area where electricity is expensive.

This has led to the vast majority of bitcoin computing power concentrated in areas that are more remote, slower to develop, and have a poorer production structure. Such areas usually use thermal power or hydropower for low-cost power generation, and the related facilities and facilities are very backward and cannot be guaranteed. If one day, Bitcoin is subject to some kind of sanction, or uncontrollable blow, or regulatory control, it is only necessary to destroy several computing centers in backward areas, which is enough to bring devastating blow to Bitcoin. Although Bitcoin will not be destroyed, the security of Bitcoin is reduced, a large number of miners are lost, and bitcoin holders' confidence in Bitcoin will be hit.

At the same time, Bitcoin is likely to exit the formal investment sector if it is under pressure from all aspects of the regulator. Although the belief in the bottom of Bitcoin with password punk is supported, there must be users. The worst is just to return to the era of computer mining. Bitcoin will continue to exist, but the price may no longer be able to return to the original high price, but become a small group of people's toys, or a deep network trading intermediary. Finally, the third one. 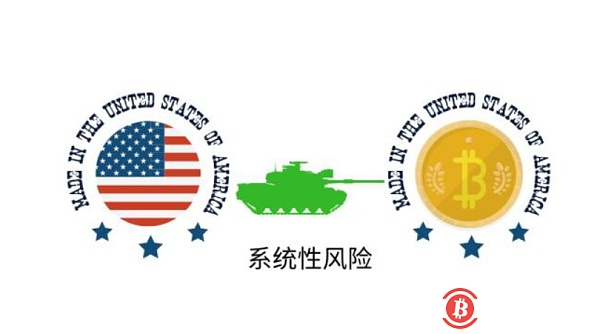 Bitcoin is able to trust so many people because he has no center. As everyone knows, its founder, Nakamoto Satoshi, disappeared after completing the design of Bitcoin. There are rumors that Nakamoto’s account still has 1 million bitcoins. We are not saying that this one million bitcoin is a potential security concealment, but that if Nakamoto is re-emerging with security risks. There are no problems with the holding of more than 1 million bitcoins by Nakamoto, because Nakamoto has designed Bitcoin to contribute more than the value of 1 million Bitcoins to the world. If Bitcoin is compared to a product of a listed company, it is equivalent to less than 5% of the shareholding. This is a very low percentage, which we think is reasonable. However, if Nakamoto has once again appeared in various uncontrollable remarks and thoughts on Bitcoin, destroying the existing value consensus of Bitcoin, and making changes to the public's expectation of Bitcoin, then the value of Bitcoin is very likely. collapse.

But it is worth restoring that Nakamoto has probably passed away, although there is no clear evidence at the moment. This fact is highly likely to be based on speculations from several Bitcoin founders who are frequently in contact with Nakamoto. Therefore, we will not make too many remarks.

Finally, as a supplement, the above are all about the destruction of Bitcoin and the same applies to the altcoin.

Of course, all kinds of altcoins may have their own consensus algorithm, corresponding to POS, which is more than 51% of the entire network of tokens. Corresponding to DPOS, more than half of the super nodes start to do evil together.

And some cryptocurrencies of the pow algorithm similar to Bitcoin. Because of the low computing power, it is more vulnerable to attack than Bitcoin. As long as you rent a large amount of computing power to occupy more than 51% of the total network computing power of a certain currency is enough to mine the results of mining. Although such behavior is not worth the candle, it is equivalent to more than 51% of the rights holders who ruin the Great Wall. However, due to personal grievances, the existence of likes and dislikes, it is indeed impossible to rule out such a possibility, so pow small currencies contain this potential uncertainty. Coupled with the possibility of various projects running, the possibility of malicious smashing, the possibility that the altcoin is completely destroyed, the threshold of destruction is extremely low, and it is cautious.

Rebuilding Notre Dame with Bitcoin? French Minister of Digital Affairs said that it could be considered