On February 5, Lael Brainard, a member of the Federal Reserve Board and a long-time researcher of crypto assets, revealed in his speech at Stanford that the Fed ’s research on issuing central bank digital currencies is more in-depth and more open-minded. 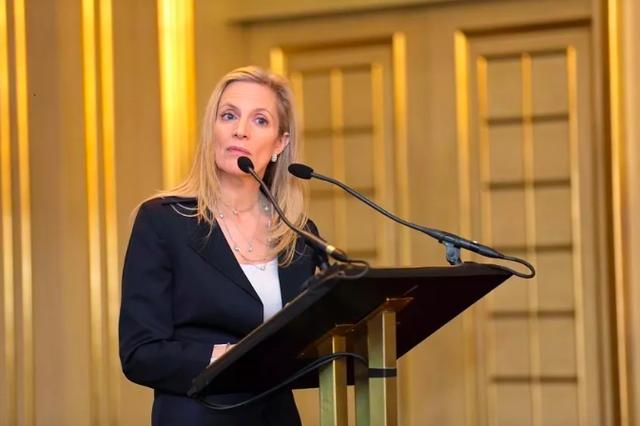 Due to a major epidemic, Fed officials' openness regarding the central bank's digital currency did not attract much attention. However, because this matter is related to the world's largest super economy and future digital currency competition, the Fed's position at this time is very important.

On February 5th, Fed Governor Lael Brainard delivered a speech at the Stanford University School of Business on the same day, entitled "Payment and Currency Digitization."

The Fed is working with central banks in other countries to improve their understanding of "central bank digital currencies"; exploring a number of related topics, including policy, design, and legal considerations related to autonomous digital currency issuance; some new players in the financial system's regulatory scope In addition, the new currency they launched may pose challenges to combating illegal finance, privacy, financial stability and monetary policy transition.

"Digitalization has the potential to achieve higher value and more convenience at a lower cost by changing payment methods, but it has risks."

According to Reuters, "Brainard's statement shows the concerns of many central banks around the world about the rise of private digital payment systems and currencies such as Facebook Libra. She is also more open than ever about whether the Federal Reserve may issue digital currencies in the future."

Tracking the global blockchain technology iteration and industry development in recent years, we know that global central banks' research and development of digital currencies, China is very leading and advanced. The Fed's perception and attitude towards digital currency has undergone several twists and turns to eventually become clear. In the middle of this process, the role of crypto assets, represented by Bitcoin and stablecoins, in global markets, technologies and asset values ​​is an important catalyst for the Fed's R & D attitude.

I. The Fed's recognition of crypto assets drives the development of its central bank's digital currency

Therefore, for central banks of various countries, studying and drawing on cryptocurrencies has become an important way to correct the existing monetary system. Encrypted digital assets, such as Bitcoin and stablecoins, which are welcomed by the market and private investment, have naturally become key research objects.

Although bitcoin was born in the United States, until it became a globally strong crypto investment asset, after entering the vision of Wall Street and the Federal Reserve, Da Yue believed that the United States had genuine official views in large numbers.

Therefore, the views of the US financial regulators on crypto assets, represented by the Federal Reserve, have changed several times. 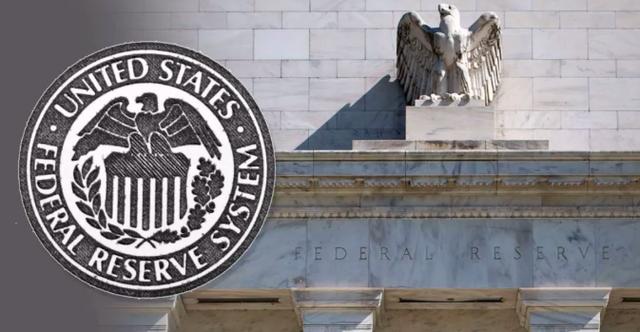 You can take 2018 as a watershed. The initial attitude is "Although I don't understand, but tolerate innovation." Former Federal Reserve Chairman Greenspan, Yellen, and others hold this view; Quarles is the first to issue a warning on Bitcoin. A senior Fed official and the only Fed governor currently nominated by Trump and confirmed by Congress. He saw in public information that he mentioned in December 2017: "Bitcoin and other digital currencies may affect financial stability." 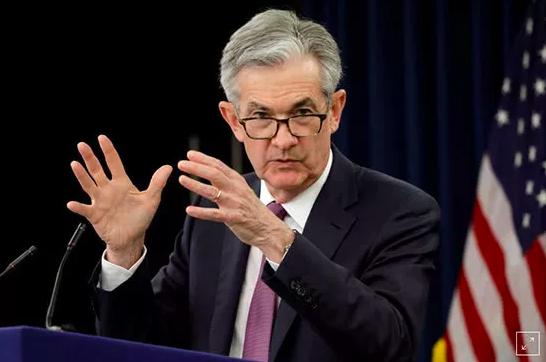 Then came the actual change represented by Powell. Powell transitioned from “the regulation of crypto assets such as bitcoin is not the job of the Federal Reserve”, “Bitcoin and other cryptocurrencies will not pose a threat to the US financial system”, and transitioned to “The Federal Reserve ’s role in There is a strong interest "to include the Bitcoin crash in the stress test, and the Eurozone recession is also among them." Until Facebook was about to issue libra, continuously seeking communication and dialogue and guidance with the Federal Reserve. Noting that the attitude of the current Federal Reserve Chairman Powell has changed very clearly and objectively, and publicly stated that he has "recognized the potential benefits and risks of Facebook's recently launched Libra cryptocurrency project Libra."

Dasong think tank noted that the Fed's attitude towards the development of the central bank's digital currency is clouded, just like China's Taijiquan strategy. However, after combing the Fed's public statements in this regard from 2016 to 2020, it still found a lot of clues.

As the world ’s largest economy, the United States, the US Federal Reserve, has always been obsessed with the hegemony of the US dollar and has taken it as its own responsibility. In recent years, the Federal Reserve has been denying the development of digital currencies.

But the Darwin think tank found that as early as three years ago, the Fed had already had a corresponding plan. In December 2017, the then Fed No. 3 figure and New York Fed Chairman Dudley said, "The Fed is beginning to consider launching its own digital currency." "But it is still too early." San Francisco Fed Chairman Williams said that the Fed has not yet developed Your own digital currency.

In May 2018, Fed Governor Lael Brainard stated at the "Decoding Digital Currency Conference" that the Fed will continue to explore digital assets to study Digital Currency's policy on payment, Regulatory and supervisory, financial stability, monetary policy, and financial services.

It is not only the Federal Reserve's Lael Brainard that is aware of the crisis, but also other US financial regulators. At the regulatory level of cryptocurrency activity, the SEC and the US Commodity Futures Trading Commission have been very proactive and have also cracked down on many non-compliant fraudulent initial coin offerings (ICOs) and bitcoin-related businesses. In May 2018, the SEC also launched a website, HoweyCoins.com, to explain to potential initial coin issue investors which virtual currency investment plans are likely to be suspected of fraud.

In addition to crypto asset regulatory actions, on September 10, 2018, the New York Financial Services Authority (NYDFS) approved two USD-linked stablecoins, Gemini Dollar (GUSD) and Paxos Standard (PAX). The news hit the market like a bombshell, and discussions about stablecoins became the most dramatic topic in the blockchain world at the time. (See the "Global Monetary System and Stablecoin Report" by Tat think tank)

Stablecoin is a cryptocurrency with a fixed price. Currently, the price of most cryptocurrencies is determined by the market, and stablecoin seeks to achieve a fixed price through various means. Most of them can be divided into three types: mortgage debit, on-chain mortgage, and unsecured algorithm issue. The main evaluation dimensions include: transparency, auditability, stability mechanisms, backup procedures, and scalability.

A series of regulatory practices show that, in particular, the New York Financial Services Authority approved the issuance of two stablecoins pegged to the U.S. dollar, which marked the opening of the global crypto digital currency practice represented by stablecoins. At that time, both the U.S. regulators themselves and China's regulators had noticed the impact and opportunities for the first time.

(3) Why did Bitcoin, stablecoin, libra, and mobile payment become the research targets of the Fed?

Because Bitcoin is special compared to other assets and currencies. In the Fed's research paper, Bitcoin, as a new payment tool and asset class, uses a set of distributed ledger technologies to build a trusted network to support transactions. However, Bitcoin's limited governance and throughput capabilities, as well as huge volatility, have limited its role as a payment medium.

Stablecoins are characterized by overcoming the huge volatility exhibited by the first generation of cryptocurrencies, and are designed to be maintained by linking digital currencies to an asset or a basket of assets (such as commercial bank deposits or government-issued bonds) The currency is stable. Stablecoins are also different from the original cryptocurrencies. Stablecoins may also be issued by centralized entities, relying on third parties in some ways. Smaller payment platform stablecoins such as Tether, Gemini, and Paxos are also being issued and growing.

Why is it libra?

What sets Libra apart is that it has both a network of active users representing more than a third of the world's population and an opaque private digital currency linked to a basket of sovereign currencies. Therefore, Facebook's Libra has attracted high attention from lawmakers and authorities around the world.

Why is mobile payment?

Mainly China's Alipay and WeChat Pay. The Fed sees large-scale payment networks on existing digital platforms such as Alibaba and WeChat growing: in China, consumers and businesses are participating in the two mobile networks, Alipay and WeChat Pay. According to some account data, the two networks processed more than $ 37 trillion in mobile payment services in 2018. These networks operate in China using Renminbi as the unit of account, and balances can be transferred to and from bank or credit card accounts.

We conclude this article with Lael Brainard's latest speech at Stanford University: "By changing payment methods, digitization may provide great value and convenience at a relatively low cost. But there are risks. Some new participants are free in the financial system and Beyond regulation, these new digital currencies can pose challenges in areas such as illegal finance, privacy, financial stability, and monetary policy.

Given the risks, the public sector must be involved to ensure that the payment infrastructure is secure, efficient and fast. We need to redefine the objects and scope of supervision and explore the role of central bank digital currencies in defending the sovereign currency center status of each country. "

3. Review: The evolution of the Federal Reserve's attitude towards digital currencies

The history of the evolution of the Federal Reserve's attitude towards digital currencies from 2019 to 2020, source: Tat think tank

2. "The United States Federal Reserve is hiring a manager for its Retail Payments section in Washington, DC", Cointelegraph, November 15, 2019;

6. "Blockchain company SIMBA Chain receives US $ 9.5 million investment from the US Navy and will build a secure information platform", February 8, Babbitt;

9. The Digitalization of Payments and Currency: Some Issues for Consideration, Governor Lael Brainard, 20200205

Market analysis: the top of the BTC weekly line is determined, the amount of shorts can be gradually released

Circle and Coinbase form alliance to support and develop USDC, and its membership is open to the public.