In the beginning of 2020, a sudden event disrupted the daily lives of the Chinese, including our most important festival each year: the Spring Festival. The impact of this event is comprehensive, from public health events to economic, financial and digital issues. Assets and have a global impact. 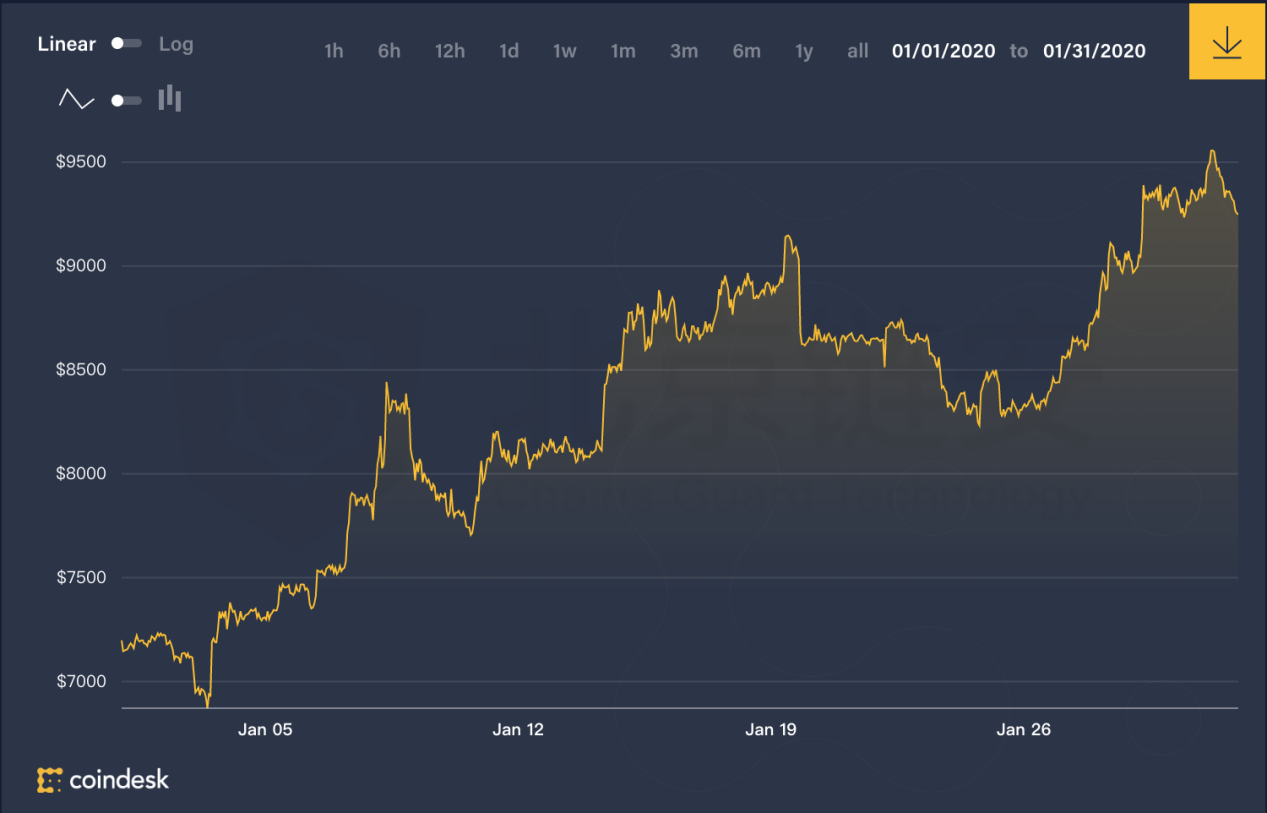 According to CoinDesk's data, the price of Bitcoin in January 2020 showed a clear upward trend. Then, what is the trend of Bitcoin's on-chain transactions throughout January, let's review and analyze it. 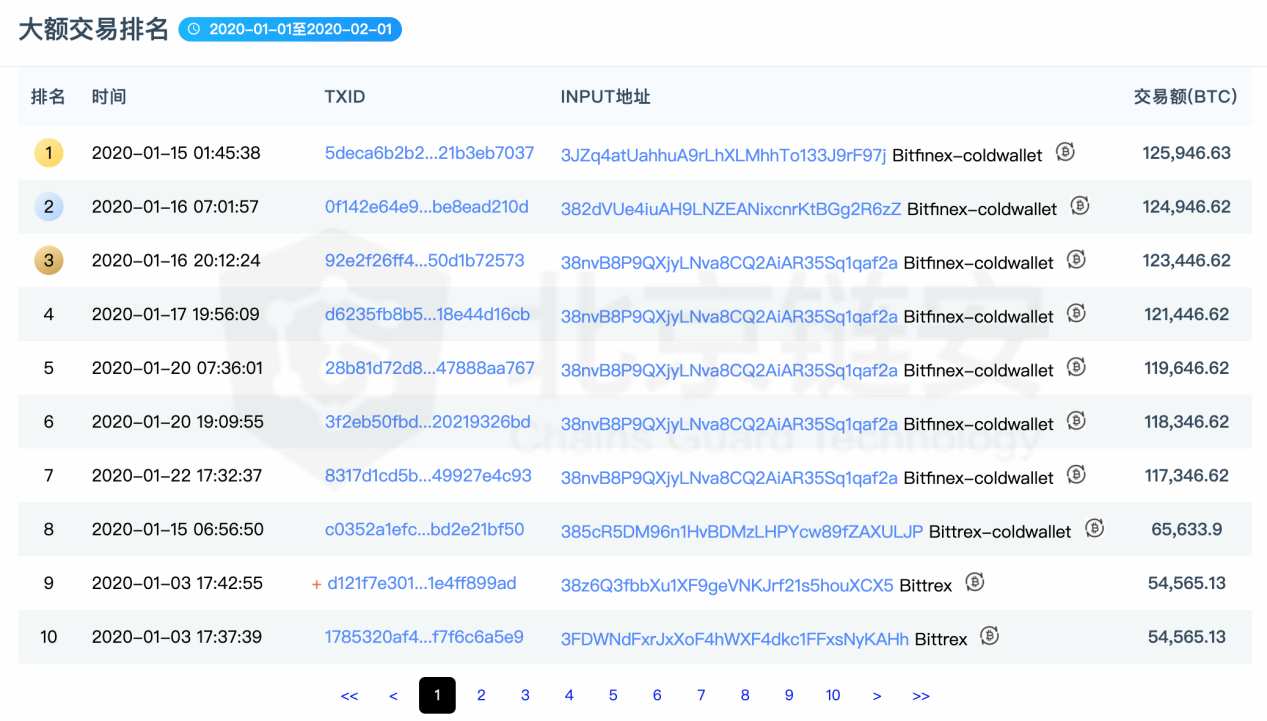 Judging from the large amount of transactions in January 2020, the huge UTXOs of the Bitfinex and Bittrex exchanges are the main exchanges that cause a large change in the transaction value on the chain. 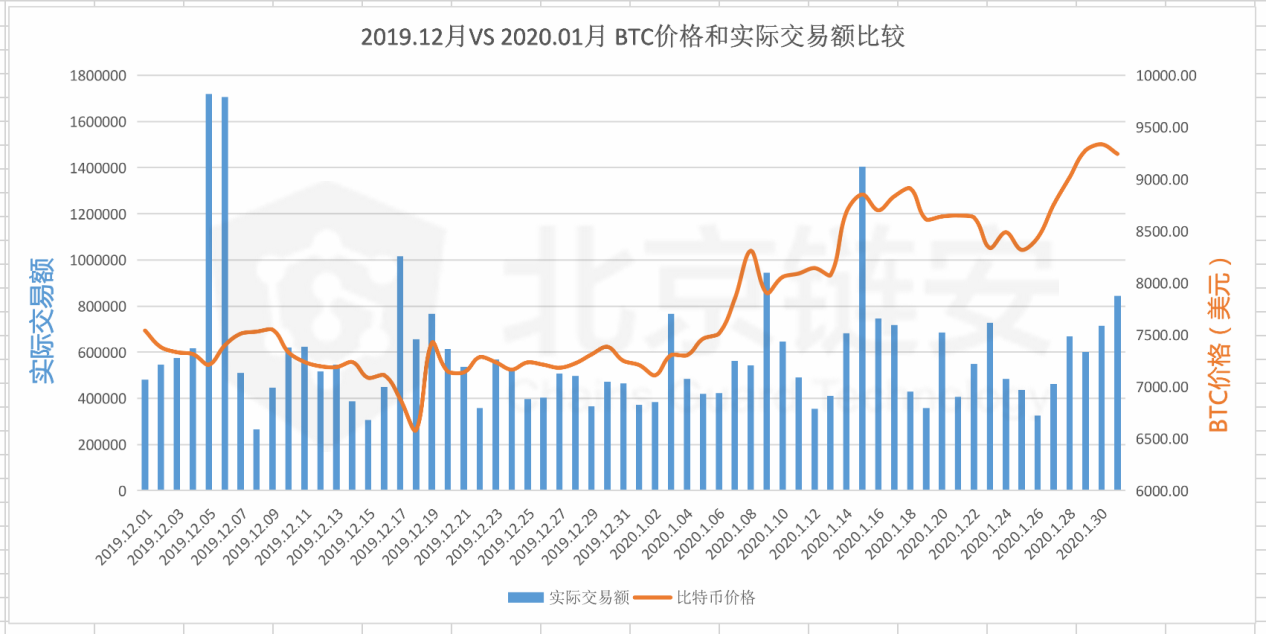 From the perspective of bitcoin price, the price in January 2020 continued to rise during the intermittent correction. In this process, although the total amount of on-chain transactions decreased, the price increased significantly in the upward process. At the same time, we can also see that the change in actual transaction volume is more consistent with the change in the Bitcoin price curve.

Compared with the on-chain data transaction volume that may be affected by some special transactions, the large number of transfers above 100BTC often reflects the activity of on-chain transactions. In January 2020, the number of large-scale transfers on the chain was 33,148. 34,041 times in December 2019 fell by 2.63%.

From the comparison with the price of bitcoin in the same period, the number of large transfers will obviously increase at the time when the price is upward, and it will often respond faster with the price. 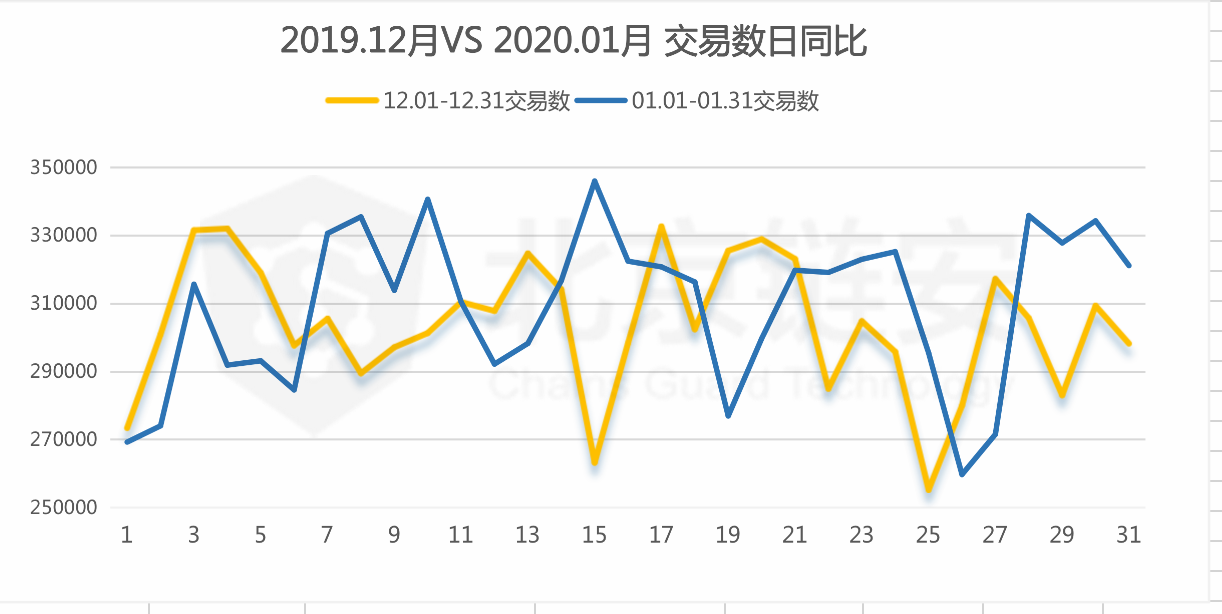 From the comparison of the number of transactions on the chain and the price of bitcoin in the past two months, we find that the overall fluctuation is still within a range, and in the first half of January when the price went up, the on-chain exchanges were significantly more active.

Yan Ting, founder and CEO of the public share: The biggest difficulty in the “government + blockchain” is the understanding and engineering of business logic.

Joseph Young: After the launch of Bakkt, it will really show whether there is a huge demand in the market.

Director of Huawei: The new technology represented by blockchain is the data mining and refining and important tools.