As of 10:00 on February 11, the Babbitt Composite Index (8BTCCI) was reported at 14983.99 points, which rose to -2.32% in 24 hours, higher than the Nasdaq Composite Index (9628.39 points, + 1.13%), since the release date Since then, the global token market has performed better than the securities market. The Bitcoin Strength Index (BTCX) was reported at 84.49 points, with a 24-hour rise or fall of -0.56%, indicating that the relative performance of Bitcoin in the entire market has weakened. 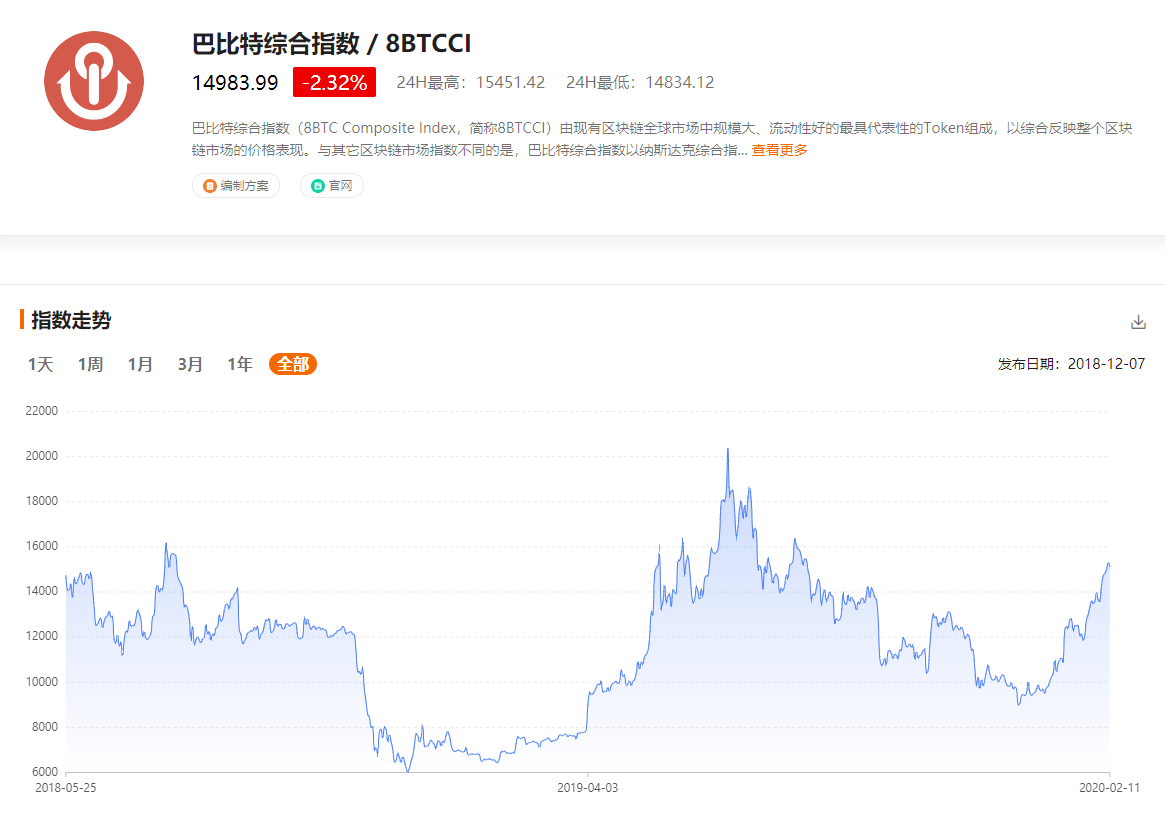