BM published an article entitled "Why Blockchain Is a Better Application Server / Database Architecture" in Medium today. He analyzed the flaws in the infrastructure and design of databases and other traditional Internet and pointed out that blockchain is the best solution: Open blockchain frameworks such as EOSIO make it unnecessary for developers to rebuild in order to build secure applications. Create a "database" because all users sign their actions with a private key for traceability and verification. One goal of B1 in the future is to add tools and interfaces to promote the process of deploying business on the blockchain similar to (or even simpler) than deploying business on the traditional Internet. 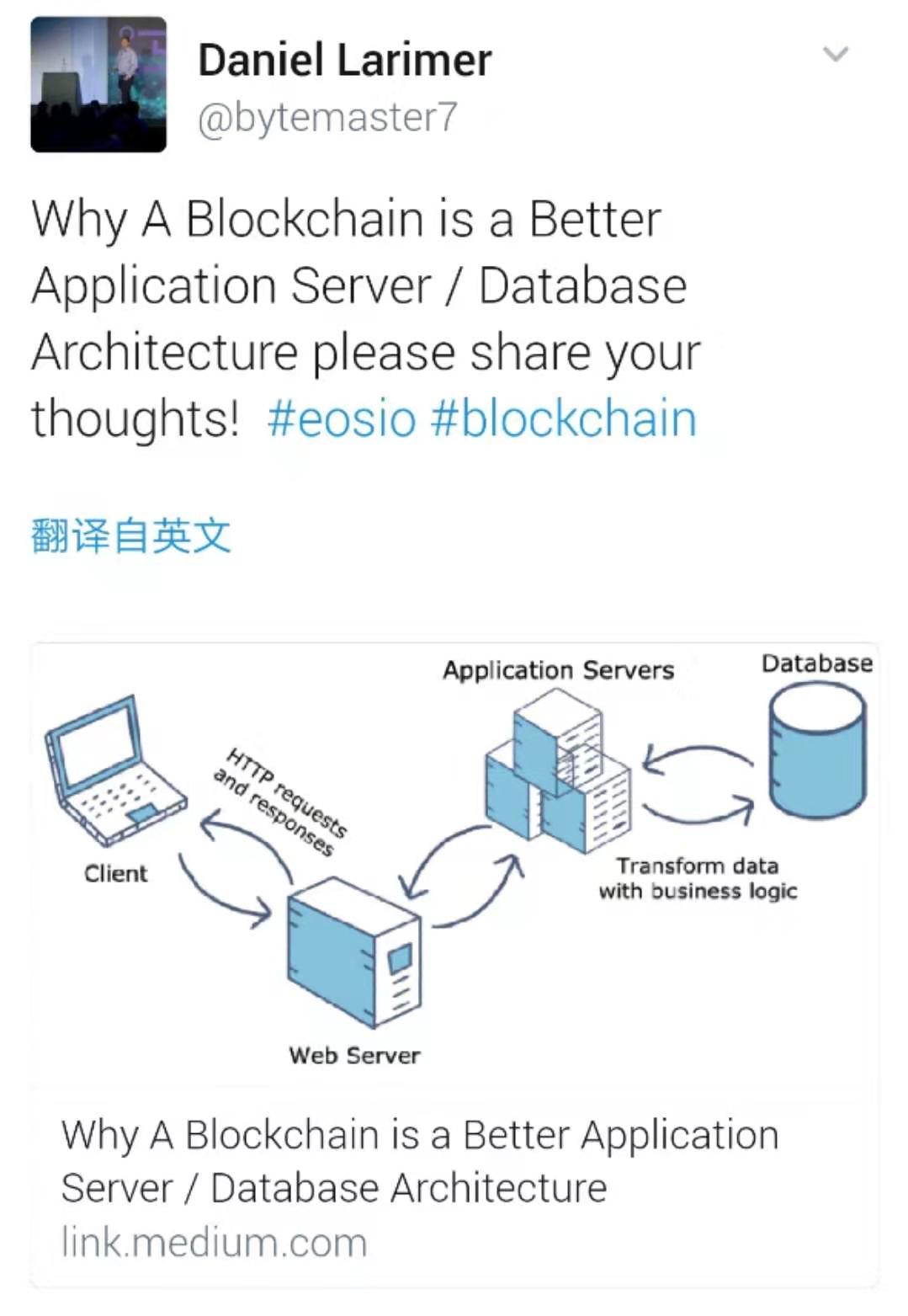 Bermuda's Prime Financial Adviser: Hopes for a system that allows digital currencies to be used for government services