The market once again fell yesterday. The only targets that have not broken the position are BTC and BNB. The mainstream currencies such as BCH, LTC and EOS all hit the new low of this round of adjustment. The market is extremely weak, and the funds are leaving. Now the mainstream currencies are It has already broken down. Some of the so-called main forces in the altcoin are mostly squadrons, which are slightly stronger than retail investors. The altcoin will generally choose the timing of the mainstream currency to oscillate sideways, using some news to increase profits, now the market The overall valuation moved down, and the main force in the altcoin runs faster than anyone else. BTC

In front, we believe that BTC will test the support of 5150USDT at a high probability. We see that the lowest point of this round of callback hits 5187USDT, which has not hit a new low. This point is just near the lower rail of the track line and has not yet broken through the lower rail. Support, currently in the anti-draw structure, may reverse the pressure of 5280USDT, still rely on the support of 5150USDT to judge the strength of the market, the break will test the support of 4800USDT, if the target re-quantitative station back to 5350USDT, If the bearish is invalid, it will test the pressure of 5475USDT, but the possibility is small. 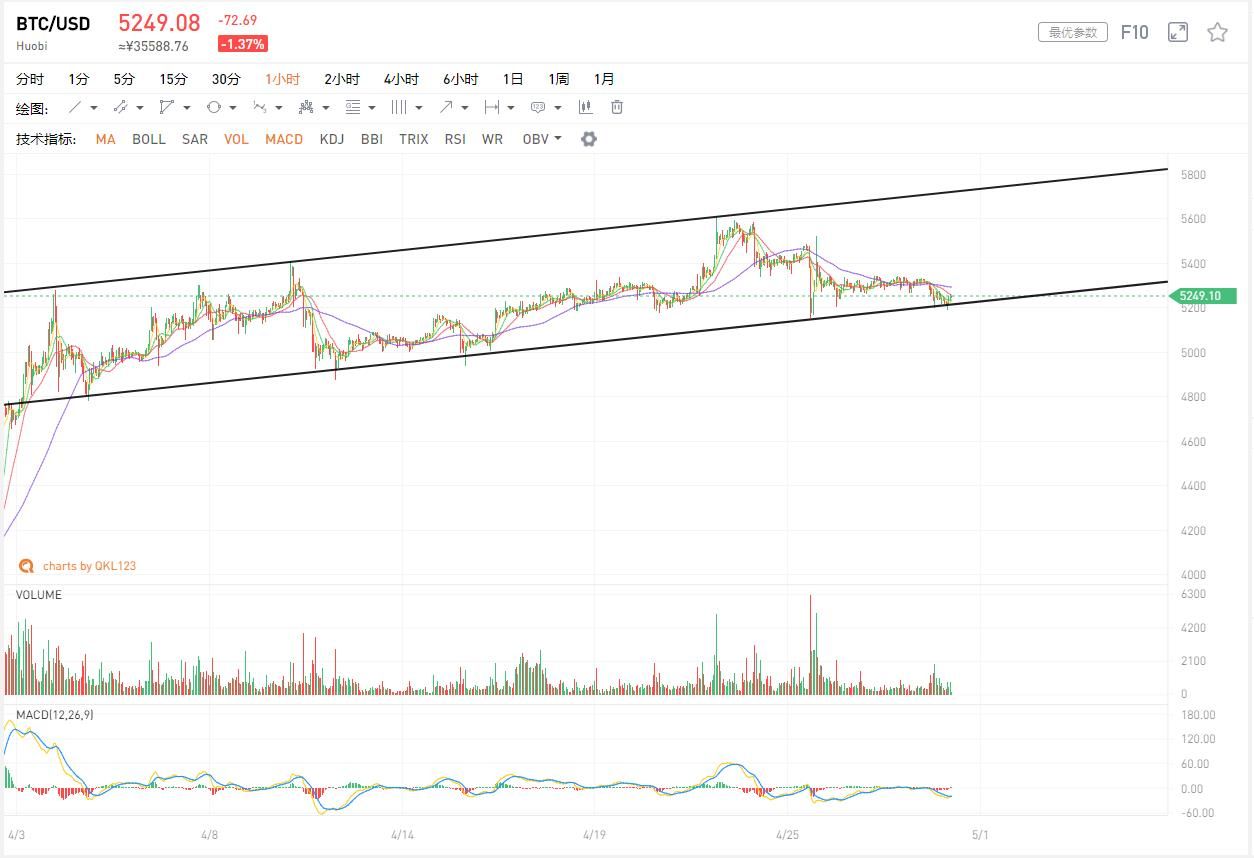 ETH ETH did not hit a new low in this round of downswing, and it is still determined whether it will fall further. However, we have observed that the target's 4-hour level macd indicator is somewhat deviated, and the bottom signal is not reliable. It is recommended to continue to wait and see. There is a need to further test the 150USDT. If it falls below this level, it may further drop to the 138-143USDT area. 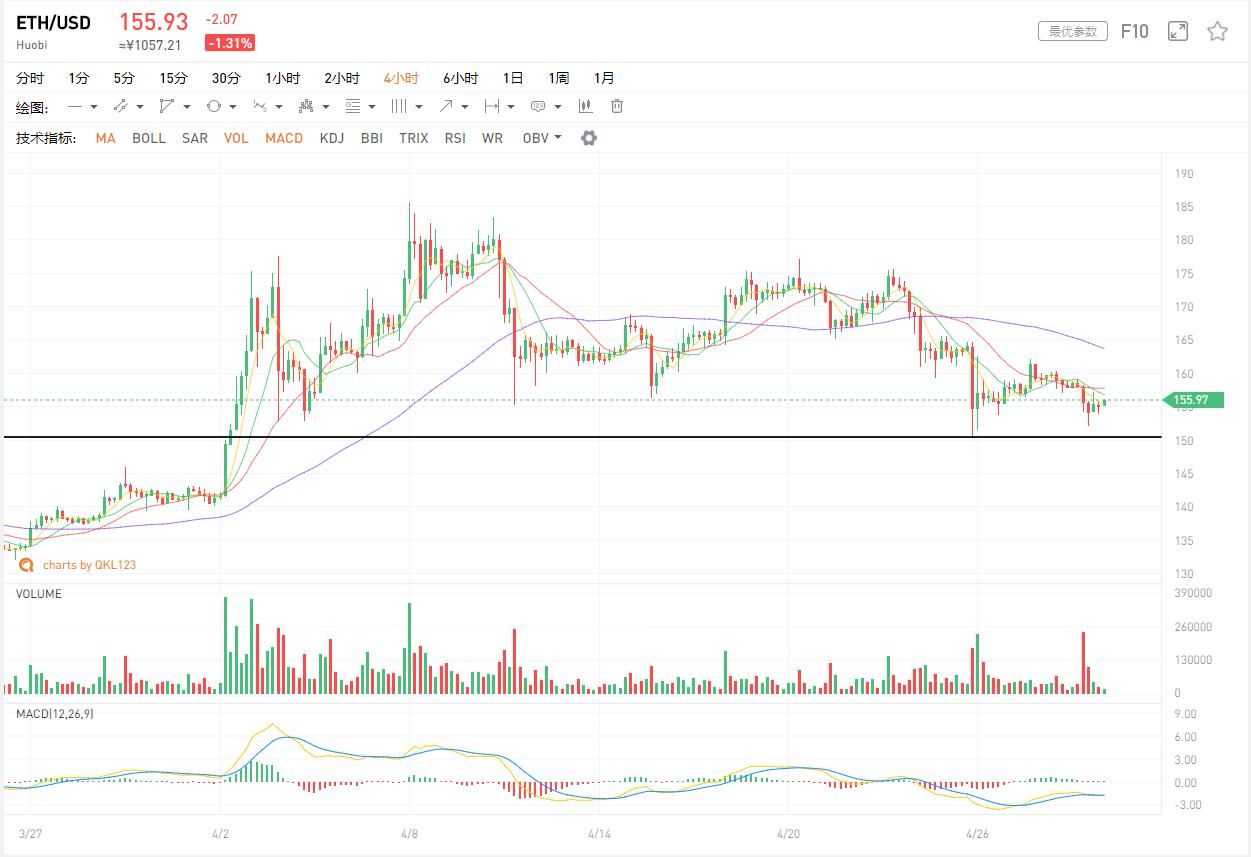 XRP XRP has not yet created a new low in this round of adjustments. The Big Three are still sticking to the new low. Of course, this does not indicate the strength of the target. After all, the target is still wandering around the new low in the year. This proposal is to continue to wait and see, there are signs of stabilization. , re-station back to 5 antennas, 5 antennas have a tendency to turn heads up, and re-station back to 0.32USDT. We tend to see more. 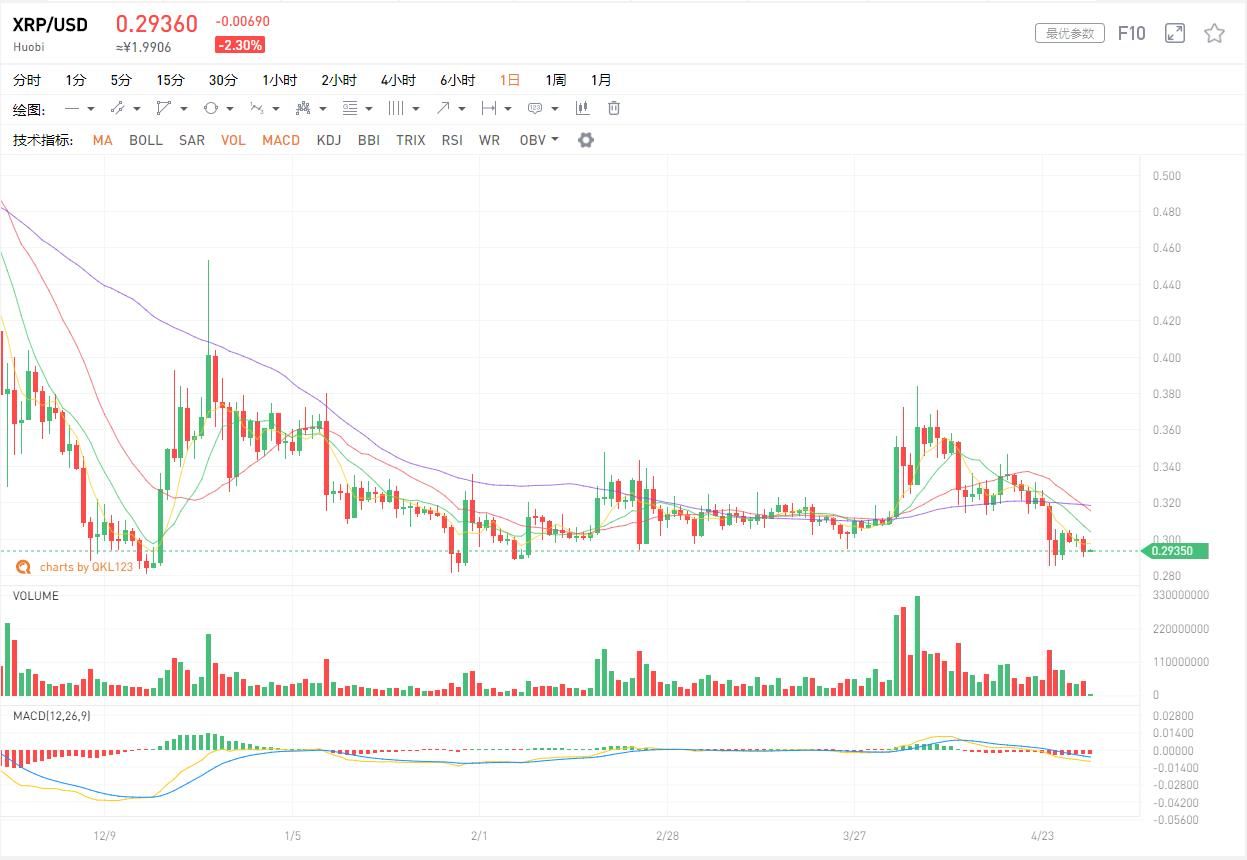 BCH BCH fell sharply today and hit a new low in this round of adjustment. The target went out of a downward-wing flag-shaped consolidation trend. Yesterday's decline happened to hit the lower rail support line, running the track line for several hours. And the support line of 227USDT coincides, pay attention to whether this point can trigger a rebound. 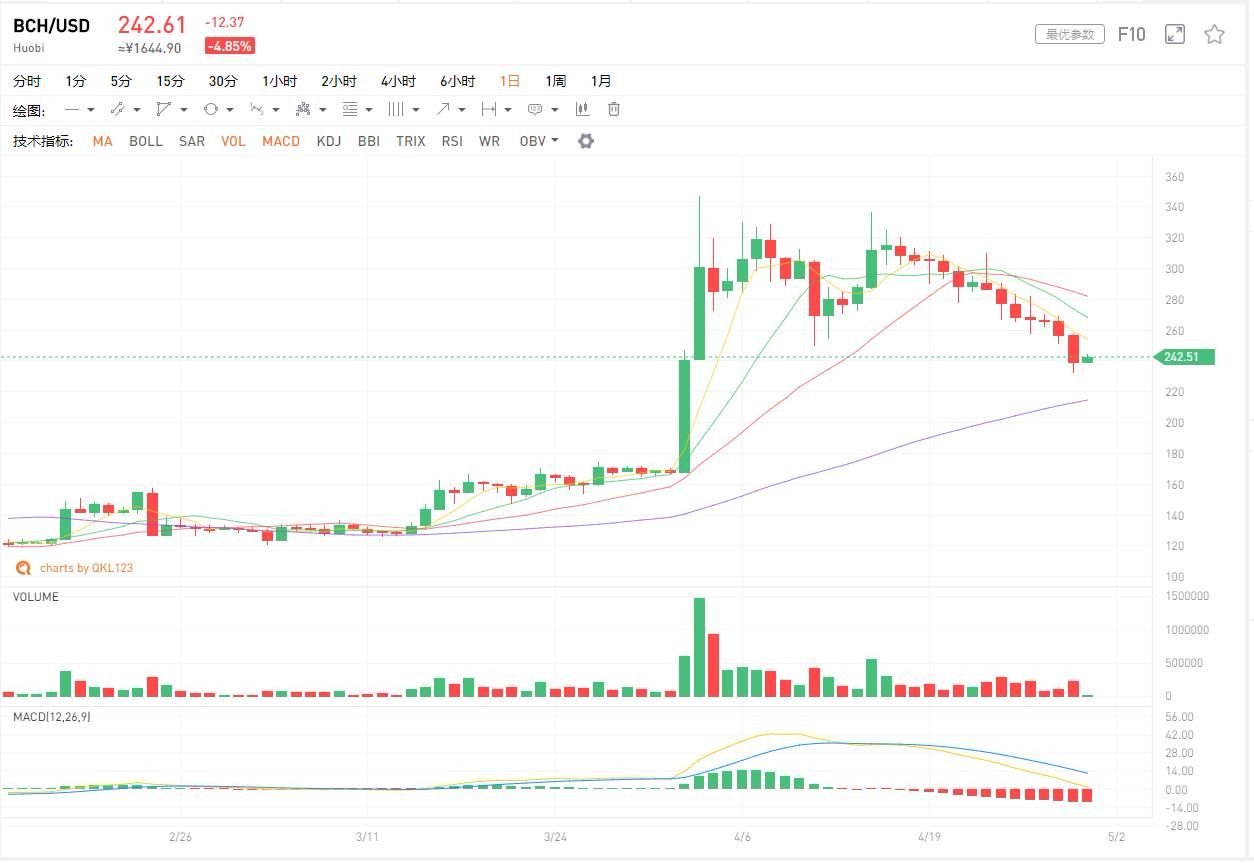 LTC LTC has been running along the down pressure line, running fast down in 5 days, 10 days and 20 days. The target's current round has once again set a new low. We expect the target of this round to be around US$62 and have recently fallen. If the speed is too fast, it may pull back the pressure line. If the volume is back to $75, the bearish will be invalid and the box will continue to fluctuate. 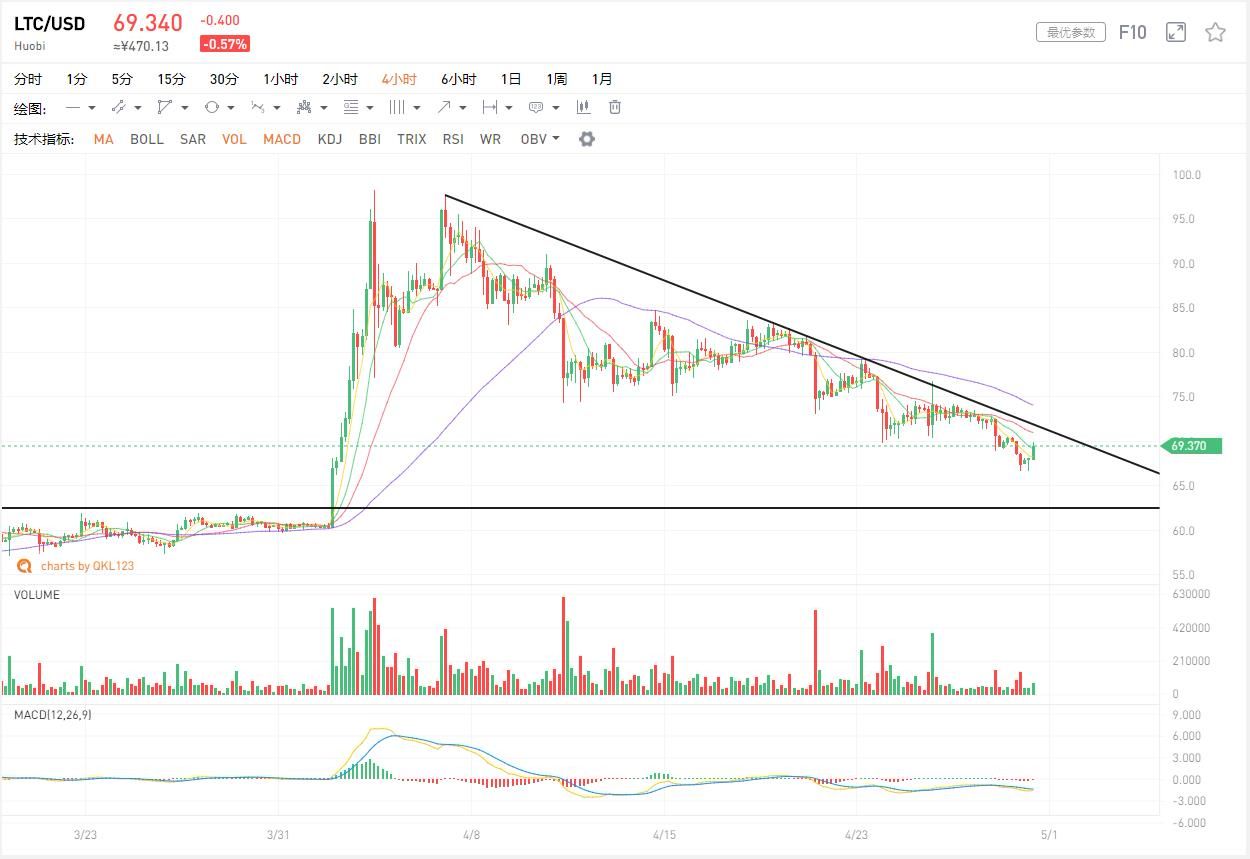 EOS EOS volume has dropped, and it is close to the strong support area of ​​4.4USDT we have given. At this point, there is a small position that can be sucked low. It is expected that this point will trigger a round of rebound, but also pay attention to the trend of BTC, BTC is the most Don't break the position, otherwise the support is not good. 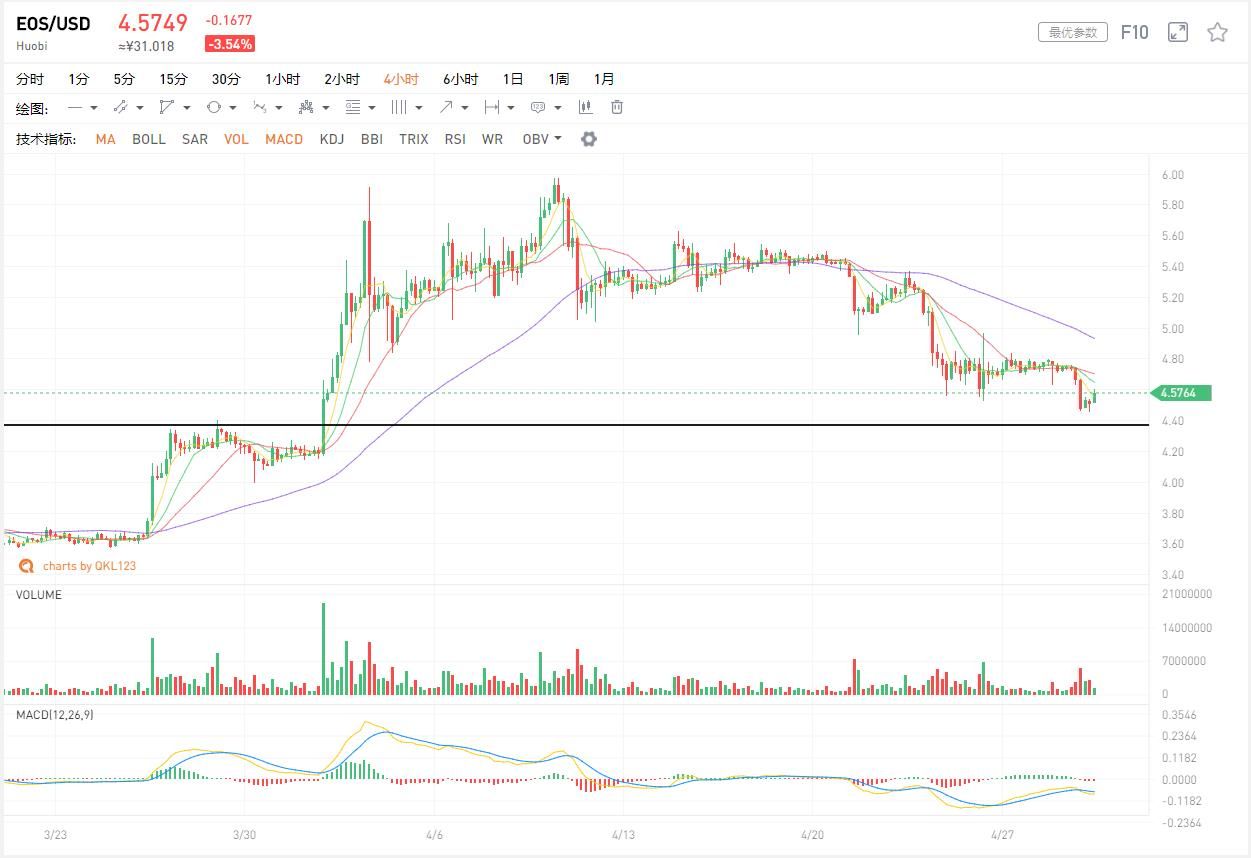 BNB, we see that the pressure of the BNB channel on the K-line is obvious. It has failed to stand on the upper rail after repeated touches. The callback of this round has not yet reached a new low. Maintaining the previous judgment, it will continue in the short-term. Internal operation, 20USDT as a strong and weak boundary line, you can leave the field and wait and see. 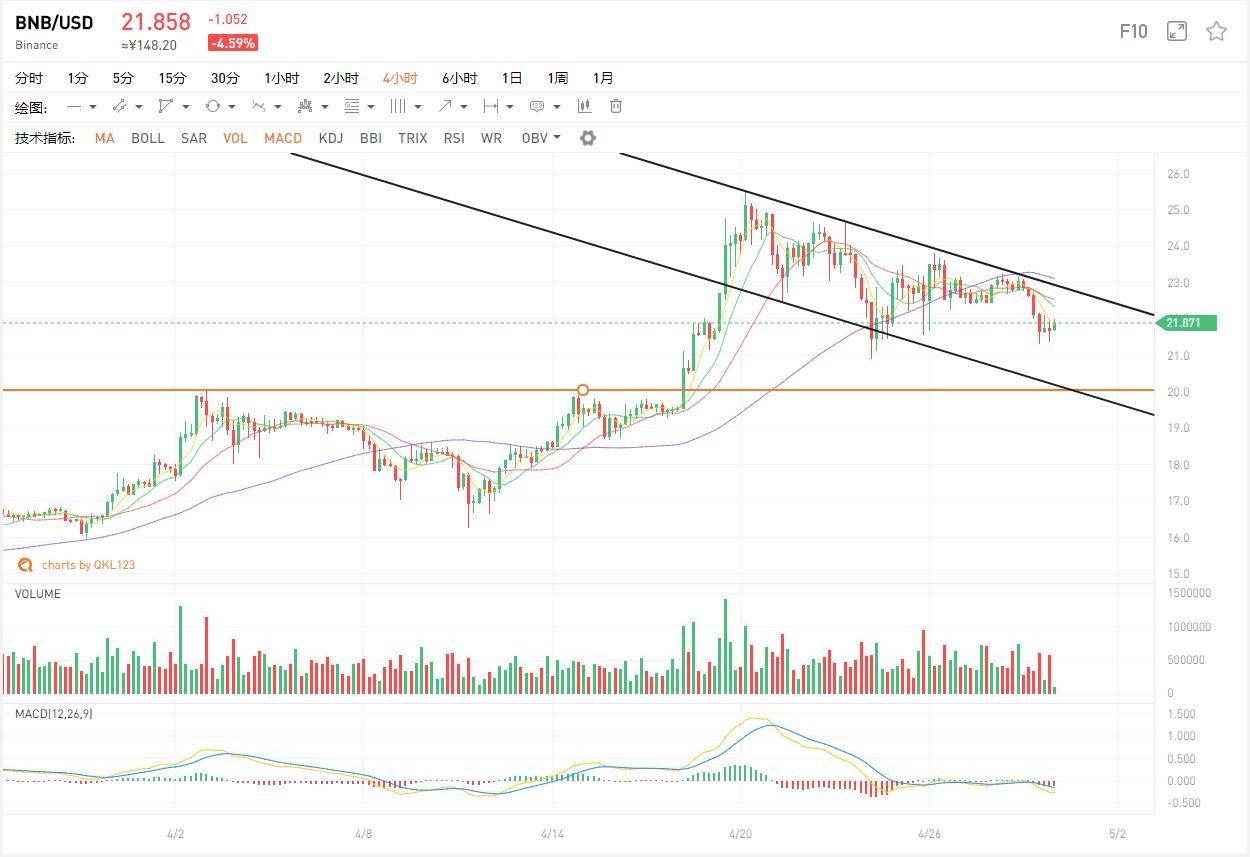 TRX TRX fell again and failed to stabilize. It has already hit us to give the bulls the last line of defense near 0.0217. If the point is broken, the trend is not there.

Xu Kun, Vice President of OK Strategy: Compliance must be the direction of stable currency development