Bitcoin detonated the market, but left too many "irrational" designs?

In recent years, Bitcoin has appeared on the Weibo hot search list from time to time. If you want to break through the tens of thousands, it will be hot search, and the plunge will also be hot search, indicating that more and more people are beginning to understand and discuss Bitcoin. Since everyone knows Bitcoin, the most frequently heard must be the accusations of various "big V" s against Bitcoin's many "irrational" designs, what are "slow running", "wasting resources", "unscientific", " May Sudden Death "and so on.

However, it is confusing that, seeing these people scolding happily, Bitcoin has not been affected but has become more secure. Until now, many people still don't understand it: "I heard that it has a lot of" defects "all over it, but it can survive that long, it is a miracle …".

01 Unscientific design for a sudden halving of output in 4 years? 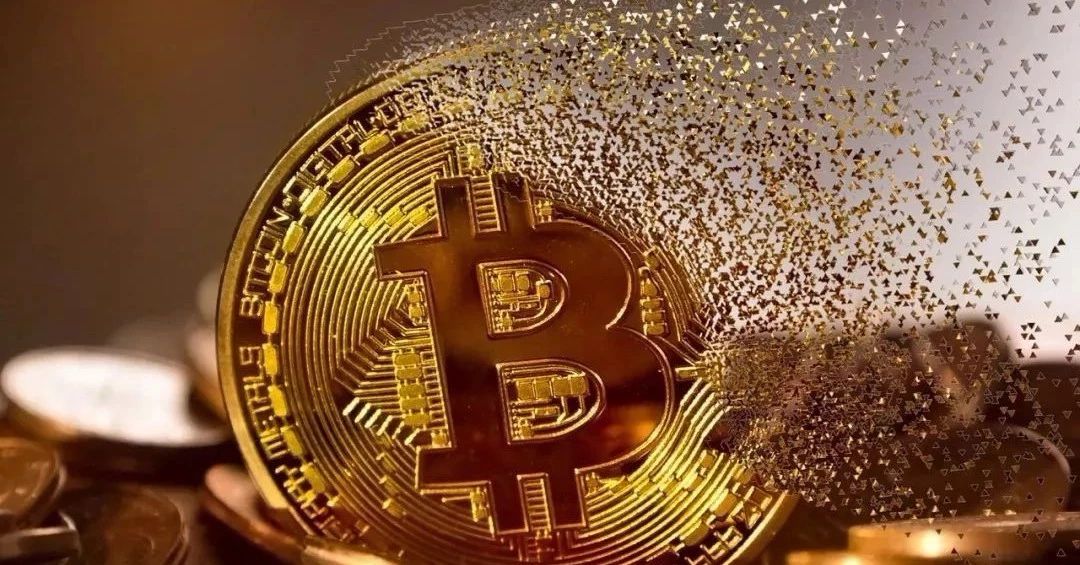 Almost everyone is expecting a halving this year, but there are also many people who are confused about the mechanism of Bitcoin's output reduction every 4 years. Some people have been very worried that after Bitcoin halved, the difficulty will be too high and the output will be too low, which will cause miners A large number of withdrawals, and the speed of block generation plummeted. Some people assume that if it is to ensure a fixed maximum circulation, the output can be reduced linearly, and gradually reducing the output a little bit seems to be more gentle and scientific to the miners.

We have discussed many times on the topic of halving. In the previous article " The Satoshi Nakamoto: There has never been a mainstream coin but Bitcoin and altcoins that will disappear?" "It explained in detail the halving of Bitcoin in a 4-year cycle. This design is not Satoshi Nakamoto's mistake, but intentional. Because the four-year cycle allows miners to enter at any time during this cycle, it is relatively fair to reduce the resistance of new miners to join. At the same time, the shock of "scarcity" brought by the sudden reduction in production in 4 years is shocking. Every four years brings a big expectation to everyone.

To say that the reduction of Bitcoin production caused the withdrawal of miners and the increase in the difficulty of high-speed blocks. In fact, the miners and computing power are expected. It is fixed about once every 4 years. The time is long enough to prepare everyone. With expectations, you will not panic and take irrational behavior. Even if the computing power suddenly drops by 30% after halving, the block generation speed will only be a few minutes longer. At this time, because some miners have already withdrawn, the miners who have not yet withdrawn have increased the corresponding reward chances. In fact, regardless of whether or not to withdraw, in the long run, the income of miners is generally stable, so most miners will not exit.

When it comes to the speed with which the Bitcoin network processes transactions, this should be a much-criticized point. It can only process 7 transactions per second, allowing Bitcoin to often "traffic" during periods of frequent transactions. This seems to have become a "wrong" in many competing projects later. But "slow running" doesn't seem to be Bitcoin's pot …

We know that Bitcoin has a long history of design, and the network software and hardware infrastructure more than 10 years ago was relatively weak, so the block size is relatively conservative. Coupled with the fact that Bitcoin's nodes are spread all over the world, the Bitcoin network must reserve sufficient time for the synchronization and participation of tens of thousands of nodes. In recent years, various facilities have been gradually improved, but large capacity has not yet been expanded. The main consideration is that the block data is getting more and more bloated. If the block capacity is expanded, only large data centers can meet this kind of network delay speed and storage capacity , which will accelerate the elimination of small and medium nodes and lead to weakened decentralization and bring about Question of security.

For example, a Wuling Hongguang (altcoin) and a heavy armored vehicle (Bitcoin) are running on the same road. Wuling Hongguang slows down and laughs at the armored vehicle on the side: "You are too clunky, you also consume fuel and have thick skin. What's the use, it's just a chicken rib! I'm faster than you, I can play drift, and the price is very low. " Several rockets flew over at this moment …

So currently, generally speaking, the design of Bitcoin is not a big problem, it considers a balance between decentralization and performance. Of course, this doesn't seem to be perfect. It would be nice if it could not only guarantee security, but also sufficient expansibility. This is also the direction that the industry has been studying and solving. The currently known Lightning Network is starting to show signs of maturity, which is also a promising solution for many people.

Miners have no income. Is Bitcoin dying?

This is a problem that plagues many newcomers. Bitcoin continues to reduce production, and the output is getting smaller and smaller, does it mean that less and less revenue later, causing miners to stop mining? In this way, there is no one to protect the Bitcoin network. Isn't Bitcoin going to decline?

In this problem, novice people will ignore the miner's income part in addition to the block reward and the commission fee . When the currency price reaches certain conditions, the commission fee is sufficient to feed the miner. After the novice started to advance, I found that if the conditions are not met, is it still not enough for the miner to rely only on the commission?

Stepping back 10,000 steps, the Lightning Network solution eventually failed. Then over time, as well as the improvement of external infrastructure, super-large storage, super-speed networks 5G, 6G … 10G networks will be gradually launched. At this time, as long as it can To ensure that small and medium nodes can participate easily, and under the premise of ensuring decentralization and security , then the block can naturally begin to gradually expand.

Note that Bitcoin's main fork, BCH and BSV, can be said to be the split caused by the Bitcoin community's divergence in the expansion issue. Although most of their code is still Bitcoin, it represents a different expansion plan. Currently, Most people support Bitcoin, which is designed to ensure decentralization and security. Segregated Witness and Lightning Network are deployed. BCH and BSV advocate immediate capacity expansion . However, whether direct expansion is a good time now is up to everyone. The word. We only know that if the market voted with their feet, most of them currently support BTC, and no matter what camp people may have to admit, BCH and BSV may have higher returns if they succeed, but the probability of BTC success Much higher.

04 Origin of most problems

In fact, Bitcoin has also been asked a lot of questions, such as the difficulty adjustment mechanism is too long may lead to sudden death, the economic model design is too simple, etc … Many cryptocurrencies initially set the goal to defeat Bitcoin, so standing on the stakes Most of the parties base their attacks on Bitcoin and describe how to solve the problems that Bitcoin did not solve , but most of them ended in failure, so they had to secretly modify their goals and track, and silently acknowledged the status of Bitcoin. There are also many people who are constantly making statements about how big bitcoin exists, but their bodies are abnormally honest and they allocate a large proportion of bitcoin.

Of course, this is not to say that Bitcoin is completely impeccable. In fact, many of the problems that it has are also real. After all, more than ten years ago, Satoshi Nakamoto was in a position that was not perfect in all aspects. It is possible to design a better "Bitcoin", but now Bitcoin has not been found to be a big problem, and its powerful advantages directly cover some of the defects. Consensus has been formed, and it seems that no one can reverse it .

Sometimes a thing may seem unreasonable, but the actual situation is reasonable. Bitcoin is exactly like this, and many people have said that they cannot understand this extremely unusual thing, and there are always too many questions and incredibles. As everyone knows, when did Bitcoin go the usual way?

Bitcoin broke 10,000, have you FOMO? Welcome to share your views in the comments area.

" Disclaimer: This content is only for the popular science enthusiasts to learn and communicate with science. It does not constitute investment advice. Please treat it rationally, establish a correct concept, and increase risk awareness. The copyright of the article and the right of final interpretation belong to the vernacular blockchain. A 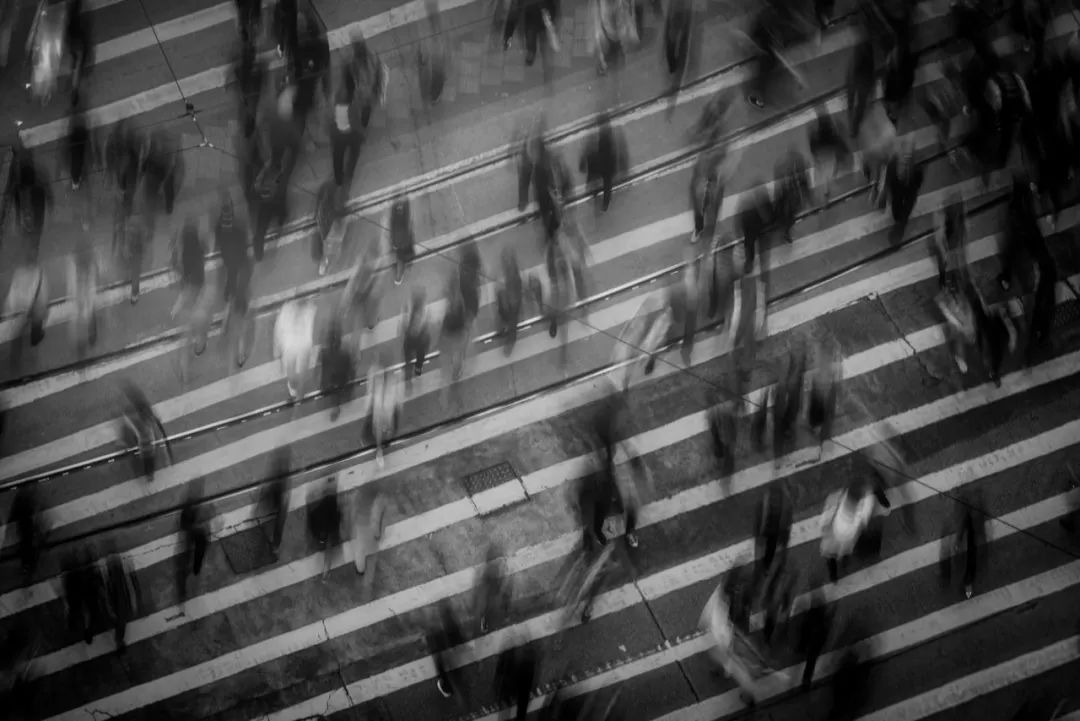 Survey: About 81% of Americans know at least one cryptocurrency

Everbright Trust Vice President: The central bank's dominant and exclusive right to issue currency is challenged in the context of modern high technology