Moloch v2 will be officially launched soon, and its first example: Venture DAO is also under preparation. What exactly is Moloch v2? If you just think of a feature update and a few bug fixes, you might underestimate it. So what effect will Moloch v2 have on DAO? Before reaching a conclusion, let's take a look at the specifics of Moloch v2. The following is a part of the official Moloch v2 document that I have refined, which also incorporates some of my personal research.

Moloch v2 is an upgraded version of MolochDAO, which allows DAO to accept and use multiple different tokens instead of just one (v1 only allows one token and only two options: wETH or DAI). In addition, Moloch v2 adds Guild Kick's proposal type, which allows members to forcibly return other members (provided that the assets of the object to be returned have been refunded in full). Moloch v2 also allows distribution of non-voting Shares in the form of Loots. Finally, v2 fixes the "unsafe approval" issue raised in the initial Nomic Labs review .

The differences between Moloch v2 and Moloch v1 are very small, and only minor iterations and fixes have been made. It is recommended that you read the introduction to Moloch v1 before learning v2, please visit the original documentation of Moloch v1 .

In the development of Moloch v2, we still adhere to the consistent minimalism, greatly improving the practicality while deviating as little as possible from the original version. We skipped many functions again, and we believe that this design is sufficient to reflect a minimally viable, profitable DAO. Although it is minimally viable, it is flexible enough to support a variety of decentralized cases, including venture funds, hedge funds, investments Banks and incubators.

Moloch v2 aims to extend MolochDAO's operations from a purely single public product donation to an infinite asset portfolio formed by capture and expenditure (or investment).

The proposal in Moloch v2 can now specify donation tokens and payment tokens (for example, you donate wETH, but the DAI may be used for grants), they can be ERC20 tokens in any whitelist, so donate in exchange for share Membership proposals now allow for any supported tokens, which will help balance DAO's portfolio. Now, the grant proposal can be either share or stablecoin to eliminate the risk of volatility, and even skip the share method to pay the external contractor the stablecoin without granting its membership . In addition, members can also submit OTC to the Guild Bank for investment, portfolio management, sell-off, or simply to supplement the stablecoin reserve in the payment plan (for example, the funding requirement for a grant proposal is ANT, but the guild bank does not have enough reserves, so it can supplement ANT reserves by OTC).

In addition to the above standard proposals, Moloch v2 also adds two special proposals. The first is to whitelist the new token and make it eligible as a tribute type, and the second is to resign DAO members through Guild Kick. Both types of proposals follow the same voting mechanism as standard proposals (unrestricted numbers, simple majority principle).

The above is an overview of Moloch v2. Below we briefly introduce several new features and concepts introduced in Moloch v2.

In order to limit the legal liability of DAO members due to the profitability characteristics of Moloch v2, members can choose to set up a LAO (A For-Profit, Limited Liability Autonomous Organization). LAO is a DAO that is packaged in a legal entity, such as LLC or C-Corp. LAO can sign legal contracts, take care of off-chain assets (such as SAFT), and distribute dividends. LAO investors must be legally recognized, but service providers who receive LAO compensation through share can allow them to profit from LAO's portfolio (this is achieved through standard grant proposals).

The current contract standard for Moloch v2 is designed by MetaCartel, The LAO of ConsenSys, and Moloch . MetaCartel's Venture DAO is expected to be the first deployment instance of Moloch v2 and open up new territory for other for-profit DAOs. If you want to learn more about Venture DAO, check out the Venture DAO white paper .

For equity, debt, or other income securities, the LAO custodian will clear the tokens suitable for dividends (such as DAI) after receiving this portion of the proceeds, and then send these tokens for dividends to the Claims Token contract for distribution to Claims Token holder.

When members ragequit and redeem their shares in the security Claims Token held by LAO Holdings, they can still withdraw dividends from the Claims Token contract through their Claims Token.

Among them, transfer restrictions are enforced so that the security Claims Token can only be transferred to other DAO members, or other addresses listed by the LAO administrator.

To allow DAO to issue shares without voting rights, we introduced the concept of Loot. Like share, Loot is also applied for through a proposal. It is used to distribute to specific members (not transferable). It can redeem equivalence and equivalent assets at the guild bank (through ragequit), but Loot does not have voting rights, only DAO members who hold Loot (do not hold any voting shares) cannot submit proposals or vote on them. Members who only own Loot are also barred from updating their delegate keys because they cannot use them to do anything.

In order to allow members of the DAO to be able to put pressure on new members to risk, we added a Guild kick proposal type. Once the guild kicks the proposal, the proposed member will be put in "jail" until all the votes voted by the member have been processed (this is to force them to stay in the DAO and become a party to all the consequences of these proposals) ). Once a member is "incarcerated", all shares he holds will be converted to Loot, so they will lose the ability to initiate a proposal, vote or become the beneficiary (applicant) of any other proposal.

After a member has been “incarcerated” for passing the Guild kick proposal, once all the proposals he has voted for have been processed, anyone can call the RageKick function to force the redemption of the member ’s Loot, thereby replacing the prisoner ’s The guild bank burns the shares it holds and exchanges them for assets with equivalent ratios. Its practical effect is equivalent to that the prisoner himself calls Ragequit to quit the DAO (this is a mechanism to force the member to resign).

There is a possibility that a member who is "incarcerated" cannot be ragekick or ragequit on his own. For example, if a member's address is blacklisted by a guild bank, all ragekick attempts will fail. Although the member can still redeem all assets outside his blacklist through safeRagequit, if he does not do so (or loses access to his member key), he will remain in DAO unless approved Other operations are completed.

For example, Moloch V2 introduces a new Bailout feature that allows any member with voting rights to transfer Loot to the summoner during the bailout wait time, and the summoner will redeem Loot as an asset and redeem it Returns to members, although smart contracts are not enforced.

From the above, we can see a core change in Moloch v2: the effort of commercialization. For a long time, Moloch's mechanism has been widely praised, but unfortunately its structure is only applicable to public welfare grants and cannot bring DAO into the wider business world. However, this is precisely the importance of transferring the value of DAO from the Ethereum ecosystem to social space. As a step, although we have seen many DAO experiments in social space, such as painting, music, social activities, and others, the lack of a profitable structure of these DAOs has greatly limited their development, and Moloch v2 opened up this area. Efforts to provide a commercial possibility for DAO, and the soon-to-be-launched Venture DAO will be the first DAO to verify this possibility, and with it, more DAO will join, and we are very May usher in a new wave of for-profit DAOs. 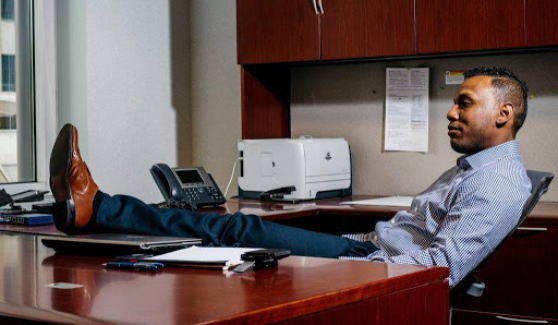 China Insurance Asset Management Association Cao Deyun: The application of new technologies such as blockchain has become a new opportunity for insurance institutions to break through in fierce market competition.

Market Analysis: Mainstream currencies are dominated by high-altitude, and the trend is linked to Bitcoin