“After waiting for a long time for the halving market, the store was unable to open, and my colleagues went to the circle of friends to sell masks and disinfectants for sideline operations.” Ms. Hu, who is engaged in mining machine business in Shenzhen Huaqiang North SEG Electronics Market, has recently been distressed .

Recently, stimulated by multiple factors such as the spread of the epidemic and the halving of bitcoin production, the price of bitcoin in the global trading market once again exceeded the $ 10,000 mark. In the past, the mining machine business was bound to flourish, but now under the influence of the epidemic, Huaqiang North SEG can only suspend business.

"It was said that it opened on February 10th, and it was postponed to the market opening on the 18th. I don't know if there will be any changes." Ms. Hu told Huolian Pulse that even if the market is open now, it can only do business for old customers. In addition, the logistics and express delivery will have a delay, and new customers are afraid to come to the store to inquire for fear of infection.

It is not just Huaqiangbei that is affected by the epidemic. From mining machine manufacturers and distributors to local mines, the entire mining industry chain can only be sighed in this wave of bitcoin "Little Spring Market". 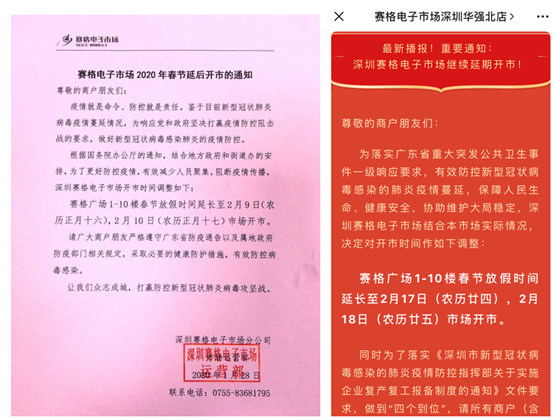 Mining industry chain under the impact of the epidemic

"The market has improved again, and the market demand is very strong. In the second half of last year, I stocked up a lot of second-hand mining machines, all of them were booked and shipped as soon as the logistics went to work." Another Miss Li, a mining machine business in Huaqiang North Expressed to Interchain Pulse that due to the halving of bitcoin, some mine owners planned to place orders after the opening of the Spring Festival. Now the epidemic has spread and the price of coins has risen again. It is difficult to get goods. Logistics is a problem. In addition, the new machine delivery time of mining machine manufacturers will also be delayed.

However, Miss Li also said that for some miners, due to the impact of the logistics and transportation of the epidemic, they can't buy a physical miner, which is also a calculation power. "Many distributors in Huaqiangbei have their own mines. They can take part of their mining power and sell them to customers. In simple terms, they rent other people's mining machines to mine and return them to the mines when they expire. No need to move around. "

Compared with the mining machine dealers, although the direct loss caused by the epidemic to the mines and miners is not so great, it also has different degrees of negative effects.

Just last week, Jiang Zhuoer, founder of Leibite mining pool, revealed on Weibo that in some remote suburban mines, police forced the closure of remote suburban mines to prevent resumption of work. In addition, other mine materials and personnel cannot enter and leave, which also has a great impact on the mine maintenance, resulting in machine failure and cannot be handled. 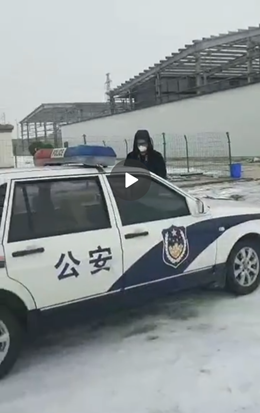 (Police Forced to Close Mine in Xinjiang)

In addition, according to a recent report by Chain Catcher, F2Pool COO Big Fish also revealed that some local mines have been shut down directly, and operation and maintenance personnel have been retired, and some places have only been unable to enter.

Currently, the major Bitcoin mines in the country are mainly concentrated in Sichuan, Yunnan, Inner Mongolia, and Xinjiang. As of February 11, 417 cases of new coronavirus pneumonia have been diagnosed in Sichuan, 153 in Yunnan, and 58 in Inner Mongolia and Xinjiang, respectively. example. Some insiders pointed out that once the epidemic spreads in areas such as Sichuan, the local mines will inevitably suffer losses.

Recently, a person in charge of mines in the Sichuan region revealed to the media that although most mines are currently shut down due to the epidemic, they cannot build or expand mines.

This is obviously not good news for upstream miner manufacturers.

On the other hand, under the influence of the epidemic, at present, mining machine manufacturers such as Bitmain, Jianan Yunzhi, and Shenma Mining Machinery have issued announcements announcing the postponement of mining machine production, delivery, and after-sales time.

Fan Xiaojun, Sales Director of Bitmain, made it clear to the media recently that due to the impact of the epidemic, the delivery of major mining machine manufacturers may be delayed. Now most people cannot return to work on time. The chip, supply chain, and There will be some delays in the delivery of materials.

Litecoin Foundation co-founder Wang Xinxi also pointed out recently that the epidemic will have a greater impact on the cash flow of mining machine manufacturers, hoping that they will have enough cash to keep the company operating normally.

After Bitcoin halved, is mining still a good deal?

Compared with the impact of the epidemic, another more serious problem facing most miners is whether Bitcoin mining is still a cost-effective business after halving.

Recently, some analysts pointed out that the current currency range of the miner's balance of payments is between US $ 3,500 and US $ 7,000, but after halving, the bitcoin price range can only be between US $ 12,000 and US $ 15,000 before miners can continue to profit .

After Bitcoin is halved, with the continuous improvement of the network's computing power, the difficulty of mining will further increase. According to the latest data from BTC.com, Bitcoin has adjusted the mining difficulty to 15.54T, which is more than 20% higher than the 12.95T at the beginning of this year and has reached a record high.

But the crux of the problem is that the current rise in the price of bitcoin is not directly caused by the increase in mining costs. More factors are the favorable epidemic situation, the role of bitcoin as a safe haven, and the change in supply and demand in the short term caused by halving production. And pushing prices up.

This also means that after the epidemic and halving are over, with the favorable end, the price of Bitcoin is still likely to continue to fall.

Although Bitcoin halved four years ago and Bitcoin has skyrocketed, there were very few believers at that time, and miners were able to control the price of the currency to some extent, but now with the entry of a large number of traditional financial institutions, it has affected the price of Bitcoin. The ups and downs are more complicated.

At present, there are only about three months left before Bitcoin is halved. If the epidemic can be controlled as soon as possible, a large number of miners will inevitably iterate old machines or expand mines, and the computing power of the entire network will also experience skyrocketing. Machine makers' new machine capacity is shrinking, which may create greater pressure for miners who cannot get new machines. If the mining returns drop, these miners are likely to shut down mining equipment to reduce losses.

Tone Vays, a former risk analyst at Bear Stearns, the fifth largest investment bank on Wall Street, predicted that the worst case would be that after the Bitcoin halved, 70% of the mining machines might be closed due to negative income, and the price of Bitcoin would spiral downward Then came back to life.

Regardless of the final outcome, it is certain that after the reduction of Bitcoin production, with the increasing difficulty of mining and rising mining costs, most miners will be more sensitive to fluctuations in currency prices. At that time, once the currency price drops sharply, triggering the shutdown price, the history of "mining on the sale of miners" may be staged again.

BytomCFO Li Zongcheng: Participating in Staking is an investment behavior, should be risk-aware to do a good job of risk control

Mutual Gold Association: The development of blockchain and financial integration is still in its preliminary stage

The data shows that the average daily trading volume of Bitcoin is over US$3 billion, which is nearly 210% in three months.