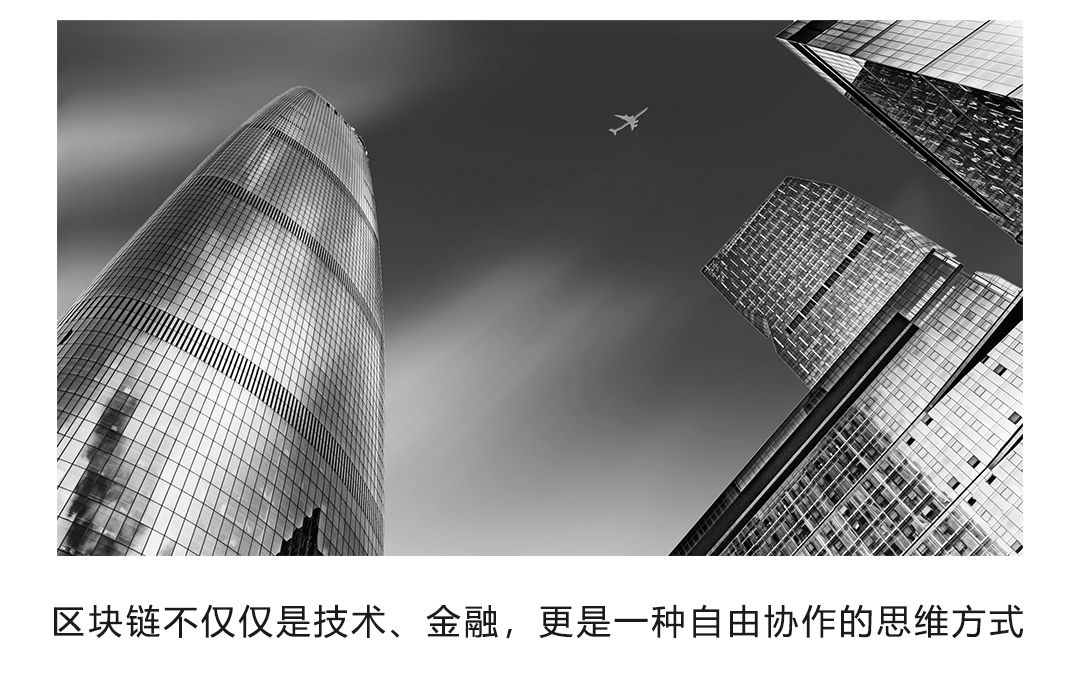 During the epidemic, Internet companies have started online office models. Compared with 17 years ago, today's Internet scale has long connected individuals to the world, making our communication more convenient and efficient. However, for more than 400 years of the development of the corporate system, the top-down “pyramid” -level organizational structure still exists even in the modern Internet era.

The emergence of bitcoin not only impacted the traditional financial system, but also gave us a new way of thinking about the organization of the digital economy. In the completely decentralized Bitcoin network, in the ten years away from the management of the founding team, there has been no wrong account, the market value has repeatedly broken, and it has developed robustly in an upward trend. The continuous supply of blood is for users distributed around the world. The great thing about Bitcoin is that it encourages the network to establish a beneficial cooperative relationship between multiple parties that lack trust and are not related to each other. It is also the key to distributed autonomous organizations.

Blockchain's "weak centralization + equity incentives" governance thinking is also traceable for non-blockchain companies. As an innovative company, while continuously deepening technological innovation, Huawei also designs and practices an organizational governance model from a new perspective. At present, Huawei has 194,000 employees worldwide. How to effectively manage and allocate resources to large and scattered employees, Huawei has clearly told us in its corporate strategy, "Continuous management change and efficient process operations To ensure end-to-end high-quality delivery. "It is through a weakly centralized distributed organizational structure to achieve a more efficient way of collaboration.

Huawei adopts a continuously evolving matrix organization. Huawei emphasizes the shift of its business focus and makes small teams that directly connect with customers an appeal. The company's decision-making layer formulates the company's strategy, and all functional departments respond to the company's strategic direction. Functional departments implement decentralized autonomy, flexibly coordinate according to project requirements, while maintaining the working relationship with the same employee and the original department, they can also participate in the work of the group to maximize internal resource mobilization.

Huawei is not a listed company, but through the issuance of internal virtual shares, it establishes a community of interests between the company and its employees to achieve long-term effective incentives. Ren Zhengfei holds 1.01% of the shares, while employees hold 98.99% of the shares. The employees of this virtual share need to invest to purchase, and bear the same risks as the company. That is, if the company is profitable, Huawei will use part of the profits for equity dividends. To assume the impairment loss of the virtual stock. Therefore, employees are not only the company's value creator, but also the company's value sharer.

With the rise in the price of virtual stocks, the acquisition cost has also increased significantly. In addition to bonuses and equity dividends, Huawei has introduced a TUP reward option plan, an incentive method based on distribution of work. TUP is not a digital currency. It is still essentially a bonus allocated by the company to employees or a proof of dividend equity. Huawei's 2020 annual report shows that Huawei's employee costs include TUP 13.076 billion. The annual report shows that TUP is a profit-sharing and bonus plan based on employee performance implemented within the Huawei Group. Employees who have obtained TUP can enjoy cash-based income rights for five years from the date of grant, including annual income and cumulative end-of-year value-added income.

We have also seen some election voting mechanisms inside Huawei. Currently, the number of employees held by Huawei has reached 96,000, and 115 employees have been elected to enter the Huawei union through a one-share one-vote system. Within the trade union, seven members were again elected through the election mechanism to form a trade union committee to manage the trade union, and at the same time perform the duties and obligations of shareholders of the shareholders. At Huawei, the board of directors exercises corporate strategy and operational management decision-making power, while the chairman and 16 directors are elected by the union.

Regardless of the organizational governance or the design of the incentive mechanism, Huawei has integrated the concept of "weak centralization", making the supervision and distribution of power more flexible, and the benefits of shareholders are gradually balanced with the benefits of employees.

Haier: Let everyone be their own CEO

As a Fortune 500 company, Haier has also applied the concept of "weak centralization" to all levels of governance and ecology. In combination with the company's development strategy, Haier calls it "de-Haierization."

In the eyes of most people, Haier is a company well-known for the manufacture of home appliance refrigerators. Haier's layout has long been not limited to products, but has established an ecology to provide funds, technology, and traffic empowerment for companies in the ecosystem. Zhang Ruimin, chairman of the board of directors of Haier, said that Haier has transformed from a closed bureaucratic organization to an open entrepreneurial platform, from a walled garden to a self-evolving ecosystem of thousands of species.

When Haier's volume was too large, Haier chose to disassemble its organization into many small and micro units. These small and micro units operate like independent companies, but they can share resources in the ecology together and realize the commercial closed loop of Haier ecology in parallel.

Small and micro enterprises can come from internal employees and open to external entrepreneurial teams. External teams can also participate in the development of Haier's ecology after meeting certain conditions. Employees treat work as entrepreneurs, and when employees change their mindset, their potential will be fully explored.

Haier has turned itself into an entrepreneurial platform. In the "weakly centralized" organizational reform, Haier has removed more than 10,000 middle management. This is not only a change in the company's organizational model, but also a change in management philosophy. Haier adopts the concept of network management, turning everyone in the enterprise into a node in the network, and sharing resources between nodes. In Haier's philosophy, the core of all projects is oriented to meet user needs. The "man-in-one" model proposed by Haier is also a networked structure. By combining employees and customers, employees can realize their own value while creating value for users, and realize peer-to-peer value transmission.

In the distributed autonomous governance model of the blockchain, which is still at the stage of crossing the river, blockchain-like governance thinking has long been embedded in the organizational reform of Internet companies in different forms. From Huawei to Haier, the "weakly centralized" governance thinking is used in the optimization and practice of organizations, but the two manifestations are different. Huawei realizes the value-to-return ratio of employee value through employee shareholding and the TUP plan for distribution according to work. In terms of governance, it emphasizes the power forward and realizes efficient collaboration between various organizational departments.

Haier has carried out this weakly centralized governance method more thoroughly, breaking up the enterprise and reorganizing it into many small and micro enterprise platforms, allowing employees to build enterprises as makers, and at the same time opening up resources between various nodes in the ecology. Achieving "de-Haerization".

If we consider Huawei's incentive mechanism and Haier's self-organization together, we can find the prototype of blockchain governance. As the largest ecosystem in the current blockchain field, Ethereum is a natural distributed network that carries various stakeholders, including enterprises, governments, makers, and institutions, and motivates all parties by issuing native cryptocurrencies. Co-construction and prosperity of parallel ecology. According to the blockchain dynamic report, the number of active developers on Ethereum has exceeded 200,000.

ConsenSys co-founder Joseph Lubin believes that the hierarchical structure based on command and control must be abandoned. This architecture (distributed autonomy) is suitable for this world with network connectivity. ConsenSys is also an open ecology in essence. Any member can participate in the construction of the ecology. The company's project plan needs to be voted by the ecological members and the company. After reaching a certain consensus, the implementation of the project is determined. Non-employed ecological members can choose different branches of the project to work without space constraints, and receive corresponding value cryptocurrency rewards as compensation after completing the work.

For example, write a line of code for the project. If the code passes the test, the smart contract set according to the agreement will automatically release the reward to the contributors. This link is like the task mode in online games. Before the game starts, it will be recruited to the entire network. When the task is successful, each member who joins the game will get different experience and gold coins. In addition, medium and long-term contracts can also be set according to demand, such as payment based on performance or annual salary. At the same time, ecological members can create their own branch projects or companies to compete and cooperate in a free market.

Blockchain is not only a technology, finance, but also a free and collaborative way of thinking. At this stage, we only use the blockchain as a new technology to do things in the past, and ignore its thinking value. The paradigm of governance collaboration has been ported. In the era of blockchain-driven new technologies, the development of individuals and enterprises can not be separated from the insight and foresight of the future. The recognition and practice of blockchain thinking is not something that can be achieved overnight, but in the existing In practice, we do clearly see that this organizational model of distributed autonomy is feasible, which also gives us more sense of certainty for the future.

Perhaps there is no successful company, only the company of the times. As Kevin Kelly said: "All companies are dying, all cities are almost immortal, because companies always want to be empires, and cities are an open life." An ideal distributed autonomous organization must be an open ecology, and this ecology has enough values ​​and ideas to attract outside members to join in and continuously output value for the ecology through division of labor and cooperation.

In Zhang Ruimin's words, ecology is a tropical rain forest, and the biggest benefit of a tropical rain forest is that it will constantly renew itself. Ecology has the characteristics of diversity, and continuously generates new ecology through self-growth, and it is self-organization for enterprises.

Zhao Changpeng: Projects like “space elevators” should raise funds on the blockchain.

Xinhua Finance Review: Libra is sad to trust and supervise 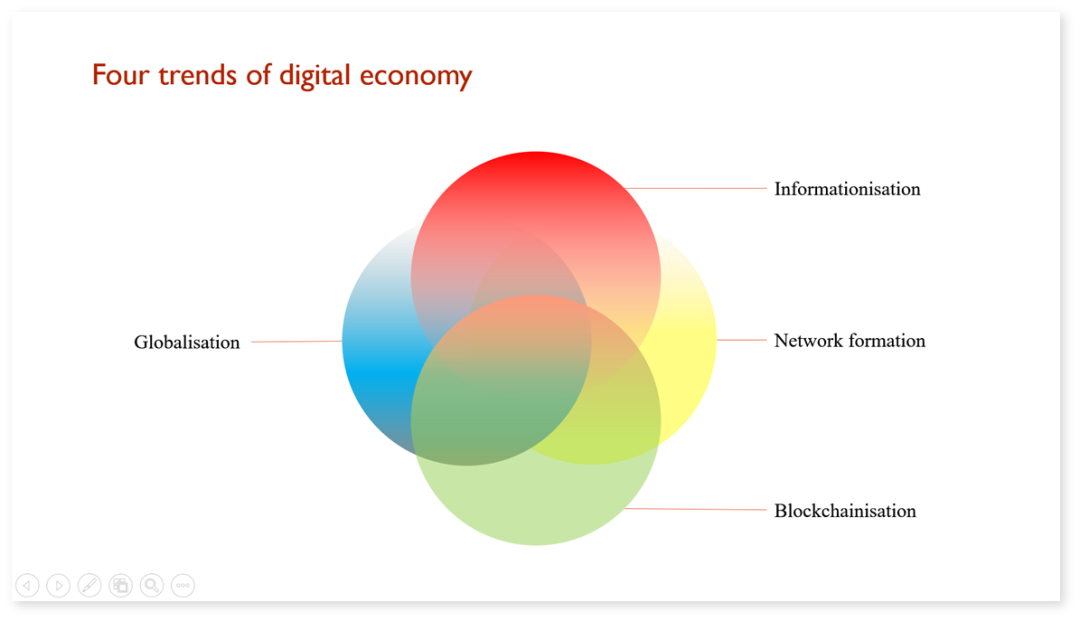