As the price of Bitcoin briefly broke through the critical $ 10,000 again last week, cryptocurrencies have once again become the focus of global attention, and altcoin has also rebounded strongly. The term “altcoin season” appears more frequently than expected. Investors are eagerly waiting for another altcoin season to come, especially those who set foot on the altcoin market in 2017-18.

There have been several altcoin quotes in the past, with the largest market in 2017. Most altcoins easily complete 10 to 50 times their initial investment. FOMO sentiment is real, and after most ICOs have caused a chain reaction of capital inflows from around the world. This is what caused the altcoin to skyrocket and cost many naive investors millions of dollars.

According to the surge of altcoins and the dominance of bitcoin, there are a total of 5 altcoins seasons in history. The market may have entered the sixth cottage season. 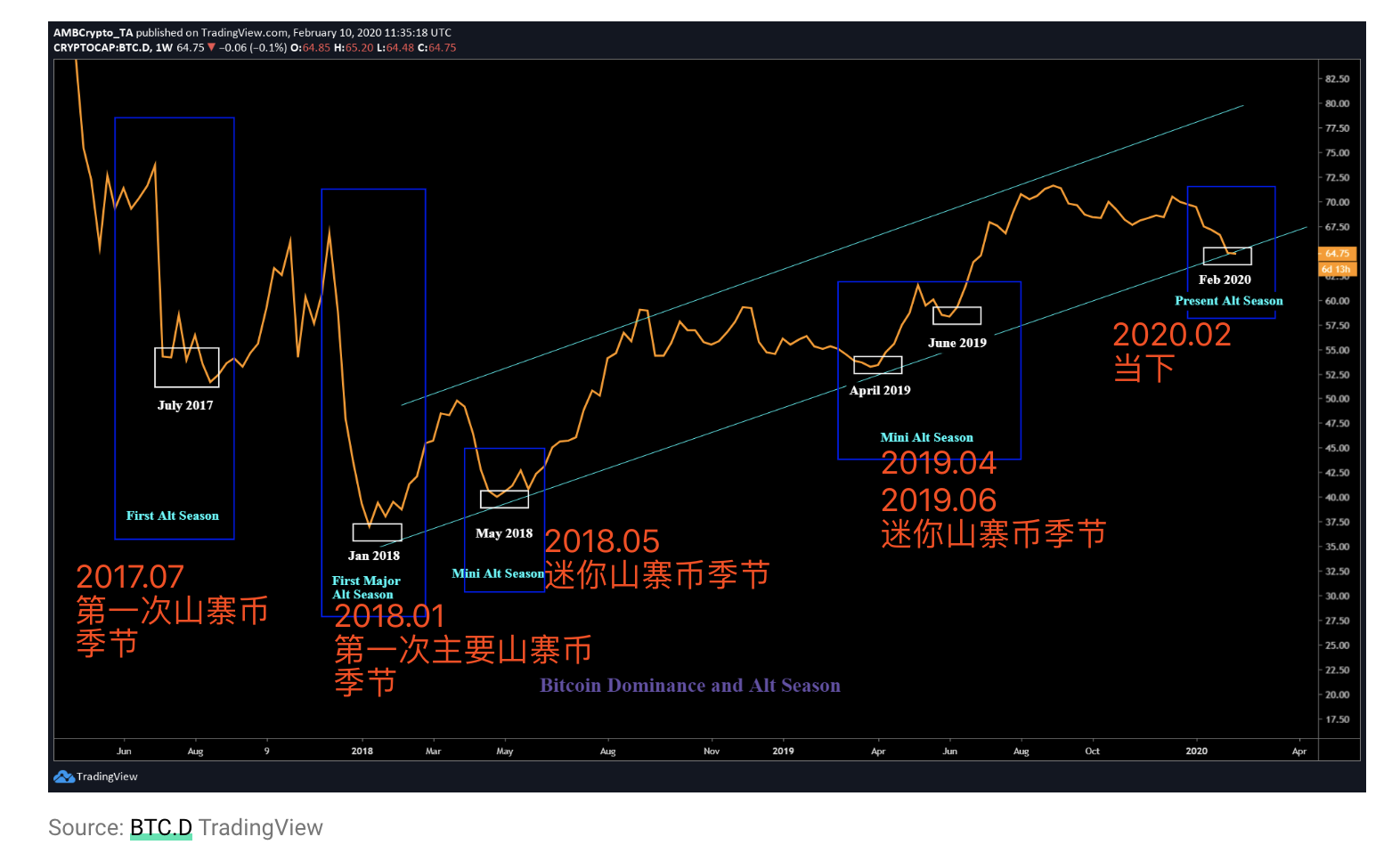 As shown above, whenever Bitcoin dominance declines, altcoins soar. This has been the case since the first altcoin season.

Figures 1 and 2 below show the first altcoin price and the second altcoin price surge. Figure 3 shows that in the year from December 2016 to January 2018, the most rising XRP surged 52,297%.

The rise in altcoin is much greater than that of bitcoin. After Bitcoin's dominance declined, the altcoin season began. 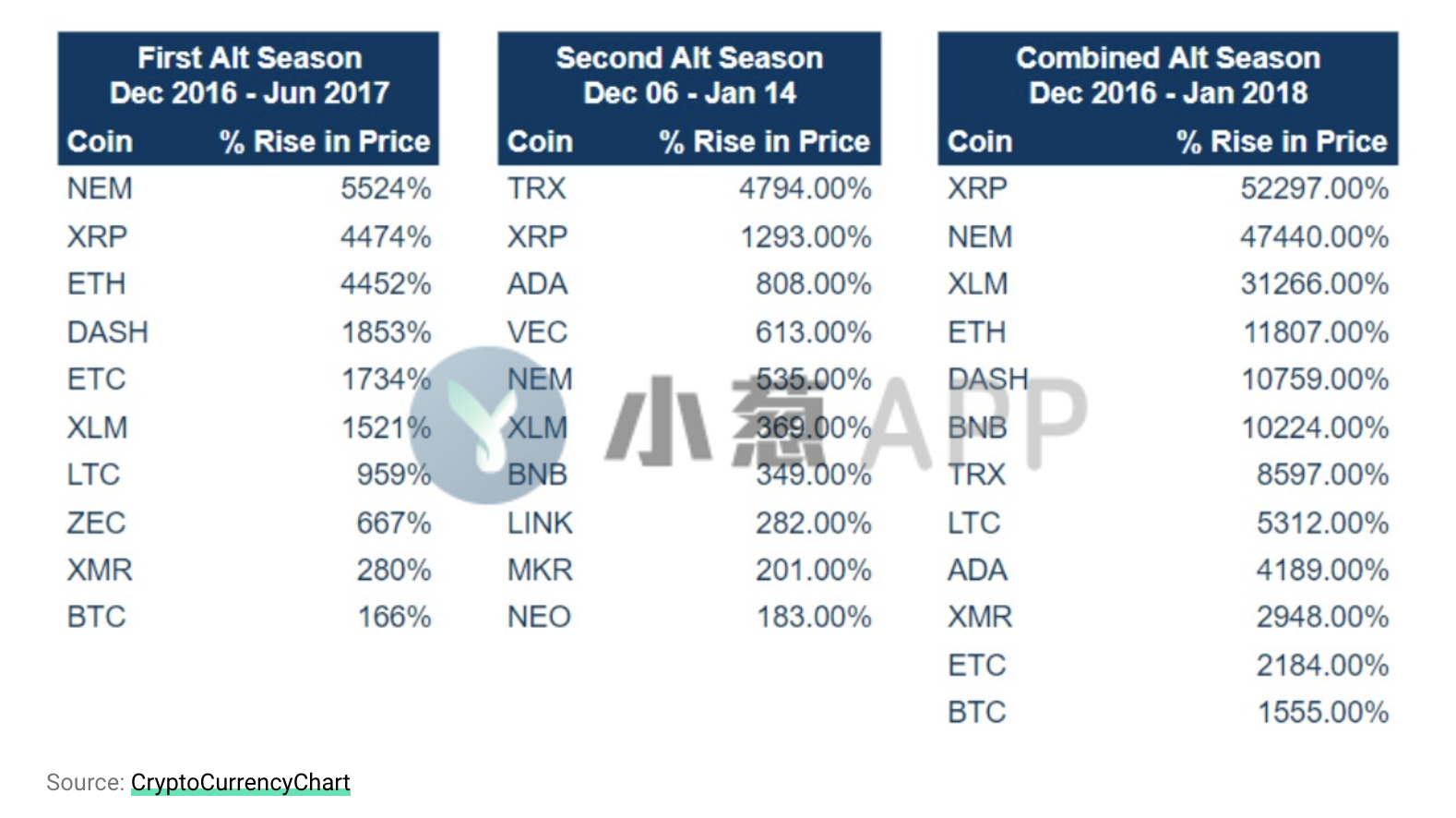 Cryptocurrency trader Joe McCann said, "The altcoin season is a moment, driven by the ICO boom. Assuming that there is no ICO 2.0, there will not be a rise like 2017."

Every time Bitcoin's dominance declines, it will immediately follow the altcoin season. From April 2019 to June 2019 is another altcoin market, with Bitcoin reaching $ 13,800. Since BTC started to rise on April 1, in less than 80 days, BTC has surged from $ 4,000 to $ 13,800, an increase of 242%. In the middle of 2017, the number of ICOs surged, and a large amount of funds poured in. The altcoin peaked from mid-December 2017 to January 2018, creating the largest altcoin season in history. This has been the case for every altcoin season since, but on a smaller scale.

Every year, nostalgia for the 2017 altcoin market makes investors continuously invest funds in ICO, IEO and fraud projects. The market is currently witnessing the early stages of the much-touted altcoin season, and it remains to be seen whether the altcoin market in 2020 will be realized as scheduled. 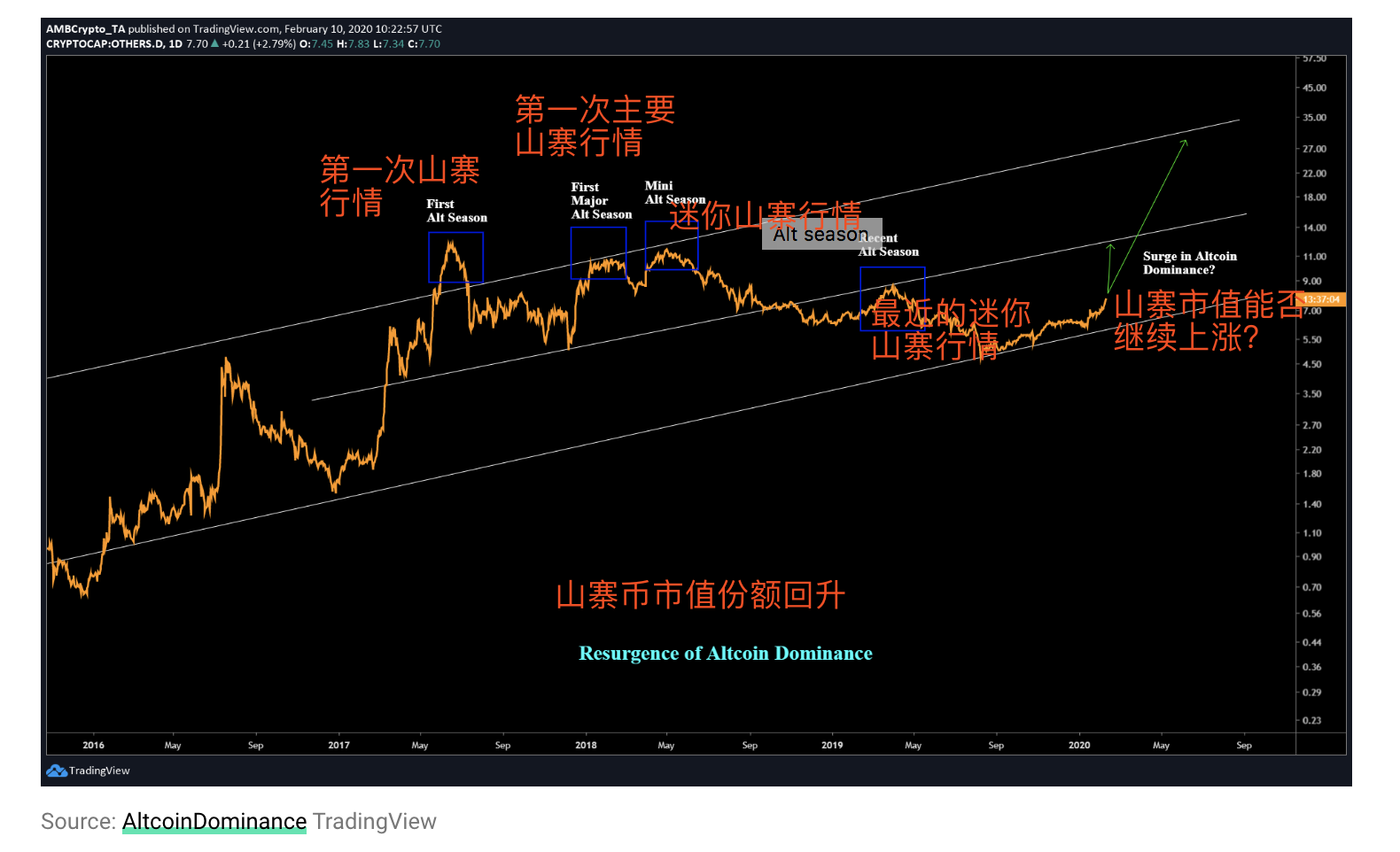 The increase in the market value of altcoins is another indicator that determines the upcoming altcoins season. For now, the replacement season has not yet fully begun, and it has just begun. Since the beginning of 2020, BSV has achieved a maximum return on investment of 321%.

The continuation of the cottage season depends on Bitcoin's dominance and geopolitical factors.

The continuity and height of the altcoin market depends on:

The first anniversary of the…

How to understand the market… 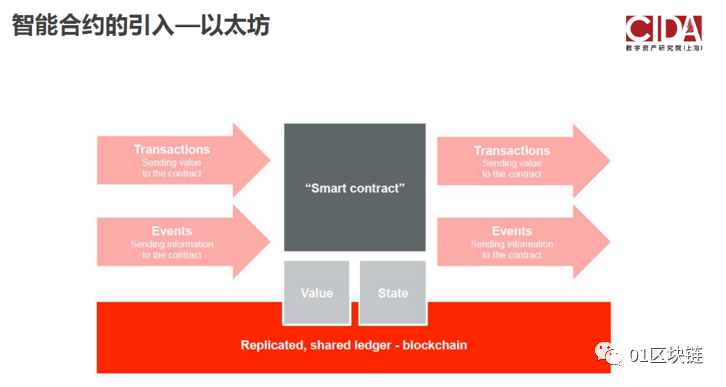 Qingdao: To strengthen the application of information technology such as blockchain and virtual reality in industrial fields

Data show: ETC Phoenix upgrade is expected to be carried out on June 5

Data: The number of active addresses on the ETH blockchain increased by about 41% in February