Bitcoin's Secret History: Who Drived the Early Propaganda of Bitcoin?

In the previous stories, we mentioned that Satoshi Nakamoto's active contact with members of the cryptography mail group and his comments on metzdowd attracted a group of early supporters for Bitcoin. These cryptography enthusiasts not only participated in the programming of some client versions, but also spontaneously carried out early publicity work for Bitcoin against money.

Gavin Andersen, a core member of the Bitcoin community, is one of them. On June 11, 2010, Gavin posted on the Bitcointalk forum that he has built a project that sounds stupid to attract early users, and that is to send Bitcoin for free. According to the post, anyone who visits the freebitcoins on Gavin's website can get 5 BTC rewards from the 1100 Bitcoins he has stored in advance; first come, first served, while stocks last.

A post by Gavin Andresen on the Bitcointalk forum on June 11, 2010

In Gavin's view, making it easy for new users to acquire a small amount of bitcoin makes it easier for bitcoin to succeed. In this regard, Satoshi Nakamoto also agreed, "The project is very good. I originally planned to create one myself. For example, when bitcoin mining becomes difficult, new users will receive a small amount of BTC for free to try". It is also worth mentioning that in order to allow freebitcoins to continue to operate at the time, many bitcoin enthusiasts have donated to it, such as Laszlo, who felt embarrassed and donated 50 bitcoins after receiving the reward. With the support of these spontaneous propagandists, and the report on the release of Bitcoin 3.0 by the technology website slashdot.org in July 2010, Bitcoin has gradually gained popularity in the geek circle. With the 2011 American drama "A Wonderful Wife" listing BTC as the theme of one of the episodes, WordPress announced its acceptance of Bitcoin payments in 2012, and 2013 Vice President of the People's Bank of China Yi Gang publicly stated that Bitcoin is inspiring Sex, BTC was featured on the cover of The Economist magazine in 2015 … Bitcoin is getting more and more attention in the mainstream market. 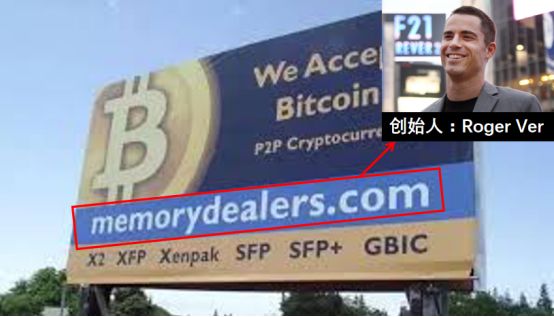 However, before mainstream media began to pay attention to this field, Roger Ver, known as "Bitcoin Jesus", brought BTC into the eyes of the world with his own strength, and also created a lot of Bitcoin for the first time — — His Memorydealers is the first mainstream company to accept bitcoin payments. The Bitcoinstore he created was the first website in the world with hundreds of thousands of products and supports bitcoin payments. At the same time, Roger also spent money between 2011 and 2014. More than 100,000 US dollars in bitcoin advertising on more than 100 television stations in the United States.

What is right and wrong is that in today's booming bitcoin development, Roger Ver has turned to support bitcoin cash, and he and six others, such as Gavin Andresen and MtGox CEO Mark Karpeles, created to promote and protect the development of bitcoin. The Bitcoin Foundation is also losing ground due to disputes between the parties.

Next notice: (18) What happened to the Bitcoin hard fork panic?

2019 Bytom DevCon 2丨: EDC Labs director Darin Kotalik: Science education is a huge challenge for the public chain in the next few years

Li Xiaolai: No more angel investment, theoretically no way to withdraw from the currency circle