Source: 52CBDC
As of press time, more than 74,000 confirmed cases of New Coronavirus have been reported in China, and more than 2,000 have died. The new type of coronavirus has hit China's economy to a certain extent, and various industries have been affected to varying degrees. In order to curb the spread of coronavirus, the People's Bank of China announced that it will disinfect cash in areas where the epidemic is particularly severe. These include banknotes circulating around hospitals, meat markets and bus stops.

At 10 am on February 15th, the State Council's joint prevention and control mechanism for pneumonia epidemic in response to new coronavirus infection held a press conference at the State Council Office. A reporter recently asked "There is a rumor in the society that cash may spread the virus. Currently, How to ensure that everyone is safe to use cash? ", Fan Yifei, deputy governor of the People ’s Bank of China, replied that the cash in the key areas of the epidemic was disinfected with ultraviolet rays and then put on the market after 14 days; It will be put on the market more than 7 days ago. At present, such measures are still effective. It is necessary to ensure the safety and health of the people in using cash.

Fan Yifei said that the central bank attaches great importance to the safety and health of the public's use of cash after the outbreak, and has also taken some measures to strengthen this work:

2. Arrange transfers scientifically and reasonably. The suspension of inter-provincial cash transfers and intra-provincial transfers in some severely affected areas has minimized personnel movements and reduced the risk of infection transmission.

3. Be safe and controllable during the cash withdrawal process. As much as possible, new cash will be used as the main source of cash for external payments. The recovered cash shall be specially treated and sealed separately. After disinfection, it shall be deposited with the People's Bank of China and shall not be paid externally.

Fan Yifei said that the central bank also issued guidance on strengthening the safety of cash use during the epidemic prevention and control period, requiring the PBC branches and commercial banks to implement security classification management ideas and adopt differentiated measures to effectively ensure the safety of cash use.

Although our country is quite advanced in terms of electronic / mobile payment, the circulation of banknotes is still very large. Moreover, older people are more inclined to use cash for transactions. Considering that this age is most susceptible to the virus, it is necessary to disinfect large-scale disinfection of cash circulating in the market, especially in key areas of the epidemic. This method of cash disinfection has a lot of work, and the coverage is not complete, which is not very safe. So the best way may be to further reduce the cash flow and let everyone, including the elderly, use the central bank digital currency. After all, the threshold for the use of "dual offline payments" is very low.

Below we analyze from the three measures taken. If DCEP is used, it will be easier to operate.

If you use DCEP, you don't only need to print money, you don't need to transport cash, because DCEP is digital cash, and the central bank endorses it. In the digital currency system, if you want to issue a string of numbers, you can directly send them to outlets anywhere in the country. It only takes a few seconds, and the public's sense of security is immediately in place.

2. Suspend the inter-provincial transfer of cash and the transfer within some provinces with severe epidemics to minimize personnel movements and reduce the risk of infection transmission.

The use of DCEP cash does not require internal or external transfers in the province. The entire digital currency system uses a two-tier operation. The central bank directly issues digital RMB to commercial banks through online methods. Commercial banks only need to receive inventory in this settlement system and finally issue it to the need. People who can redeem and use DCEP. This set of procedures does not even need to be transported by one person, and there is no need to go outside alone. The flow of personnel is zero, but it is no different from the current effect of currency regulation.

3. If possible, the new cash shall be used as the main source of cash. The recovered cash shall be specially treated and sealed separately. After disinfection, it shall be deposited with the People ’s Bank of China and shall not be paid externally.

Printing new banknotes-cash recovery-separate storage-disinfection and delivery to the central bank. In addition to issuing currency, the epidemic has exacerbated what was not easy cash withdrawal. As the so-called shopping mall has no father and son, no new and old DCEP, no new banknotes and old banknotes exist in the digital currency of the central bank, no need to consider printing costs. Compared to the cash M0 that is difficult to track, DCEP can query and display each transaction in the ledger system once it is on the chain. The circulation channel is completely transparent, and it is easier to return to the bank than paper money, and it reduces a lot of labor costs. The return effect is also better.

In view of the difficulties faced by banknotes during the epidemic, China will definitely accelerate the pace of DCEP implementation. Here, 52CBDC hopes that the epidemic will come to an early date and China refuel!

Strategic Director of Security Token Academy: In terms of crypto regulation, the US should balance traditional and disruptive technologies

Tether admits that it is not 100% reserve, but the USDT price has not fallen. Why? 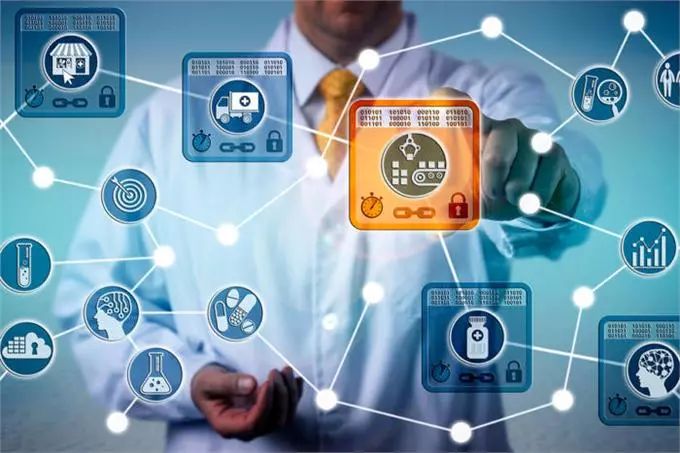