In the history of Bitcoin's development, 2020 is destined to be a crucial year.

In May this year, Bitcoin production will be halved for the third time. And the sudden new crown pneumonia epidemic at the beginning of the year is like a black swan suddenly flying out, bringing new variables to the market.

In this regard, mining practitioners use a word to describe: "Unexpected."

Due to the epidemic situation, some mines were required to stop production, some miners could not buy the miners, and some miner enterprises were unable to produce.

Facing the bitcoin market with large fluctuations, they were anxious but helpless.

For many people in the entire mining industry chain, this extraordinary 2020 may be the year that determines their life and death …

Entering 2020, the digital currency market will usher in a small spring, and the price of bitcoin will break through 10,000 times.

CoinMarketCap data shows that on January 3, the price of bitcoin dropped to US $ 6,871, and then an upward channel was opened, and on January 4th and 8th, respectively, it broke through the two major thresholds of US $ 7,000 and US $ 8,000.

On February 9, the price of Bitcoin exceeded the $ 10,000 mark. Driven by the rise of Bitcoin, the prices of mainstream currencies such as Ethereum and BCH have soared.

CoinMarketCap data shows that from January 3 to February 18, the overall market value of digital currencies rose by 50%.

Why did the digital currency market suddenly rise in early 2020?

Many people believe that this is a good result of the halving of the bitcoin output every four years, and the superposition of the new crown pneumonia epidemic.

The sudden outbreak allowed some OTC funds to enter the currency market out of a risk aversion, and this small market benefited from it.

The epidemic has also affected the mining industry, and thus the currency market.

In early February, CEO of Leibite Mining Pool Jiangzhuo Weibo said that the mine's frontline conditions were very bad, and a company-owned mine in Xinjiang was ordered to suspend production. 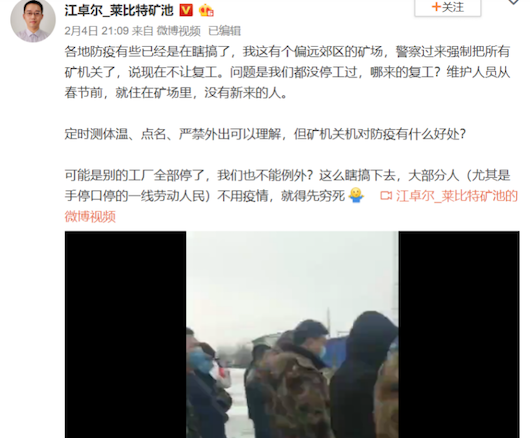 He said that not only this mine, but other companies in the industrial park were required to stop production.

"This situation is only an example in the mining circle." Miner Wu Di told a blockchain. "Right now, the epidemic mainly affects logistics."

Due to the need for epidemic prevention and control, road closure measures have been adopted in many places to control the movement of personnel. But the "hard-core road closure" blocked the flow of supplies-some media reports said that because of a feed cut, some chicken farms in Henan even starved to death.

A similar situation occurs in mining. Logistics is difficult, mining machines cannot be transported, and the mine cannot be deployed. Many investors who want to enter the mining market can only buy coins in the secondary market, which drives up the price of coins.

So, will the outbreak be halved?

"This possibility cannot be ruled out, because the mining machine factory has not resumed work and cannot produce mining machines, and the new computing power will be affected." COO Yu Yang of the Mining Association agreed.

But there are also disagreements. "The halving market is not a wave of disappearance, but a long-term market of about 10 months from before the halving to the halving," said a mine owner.

In his opinion, investors who bought coins because they could not buy a mining machine would choose not to sell coins even if they entered the market. Bitcoin's liquidity will only be locked up, thus pushing up the price of the currency.

The hardest hit was the mining machine dealer of Huaqiangbei.

Huaqiangbei Electronics Market is China's largest mining machine distribution center. Once upon a time, 70% of the world's mining machines passed through here and sent to mines around the world.

"Now affected by the epidemic, the Huaqiangbei electronics market has been delayed for two times, and many people have gone to sell masks." Xiaohu, a salesman of mining equipment at Huaqiangbei SEG Electronics Market, told a blockchain. 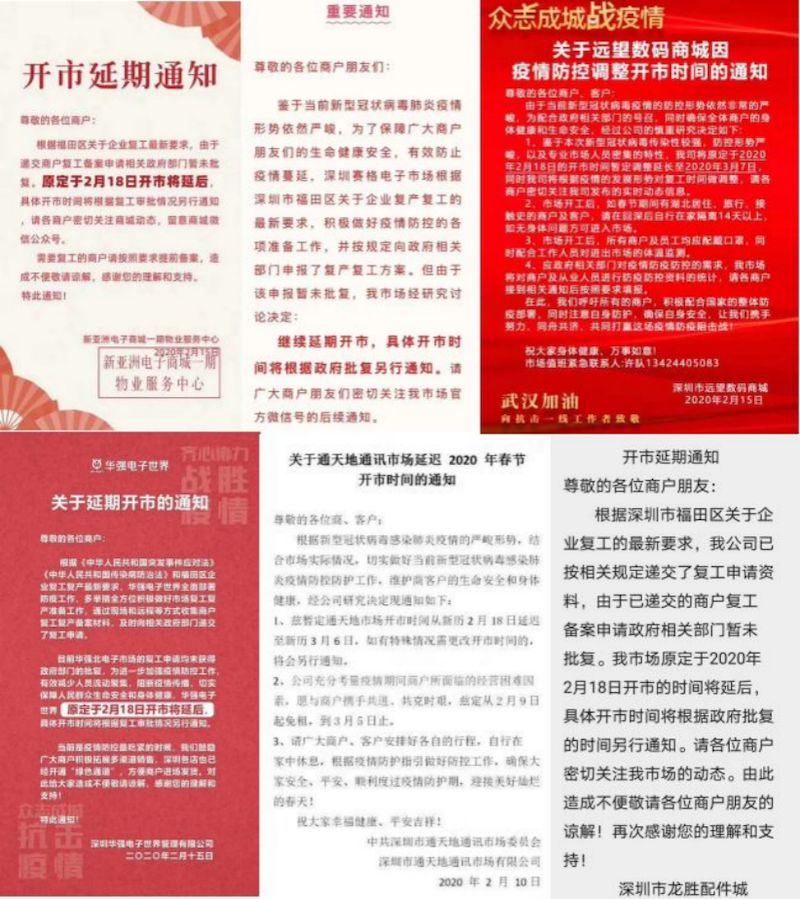 "In the past when Bitcoin rose sharply, the entire Huaqiangbei was a person who bought mining machines." Xiao Hu said that the failure to open the market caused many mining machine dealers to suffer heavy losses.

"For miners, the most direct impact of the epidemic is that new machines cannot enter, and machines to be repaired cannot go out." Miner cC told a blockchain.

Mining machine manufacturers have stopped production, dealers have stopped working, and logistics have been shut down. Miners are watching the rise in the price of coins, but they can only be anxious.

"In order to solve the problem of insufficient mining machines, even the old antique mining machine ant L3 + has been restarted." CC said.

Ant L3 + is a Litecoin miner released by Bitmain in March 2017. A year ago, it was sold as scrap iron. Today, with the recovery of the currency market, L3 + is also coming back to life.

By the same token, the ant mining machine S9, which was on the verge of being eliminated, has become popular again.

"The second-hand mining machines are recovered at high prices, the money is ready, cash transactions, and door-to-door receipts." Such advertisements are constantly being issued in multiple mining circle exchange groups.

This means that the miners who bought S9 at the end of 2019 will be able to pay back in half a year.

"According to the current growth rate of currency prices and computing power, S9 is expected to support the end of the flood season in 2020," said Wu Di.

Miners can't buy new mining machines, while mine owners are worrying about the construction period of the new mine.

Affected by the epidemic, many new mines could not be started. Faced with this wave of market conditions, the mine owners and miners had no choice but to miss it.

"Some people buy coins directly in the secondary market, and some people are going to pack directly to buy the mine, and collect the mine and the mining machine together." Wu Di said.

"This is equivalent to the core to do the mining machine hosting." Wu Di said.

At the beginning of 2020, the epidemic came out of nowhere, and at the same time, Bitcoin production was halved. For the entire mining industry, this is both an opportunity and a challenge.

In the eyes of many miners, this period of halving Bitcoin production coincides with the replacement of new and old miners. Miners are faced with the choice between a 7nm or a 16nm miner.

For miners, whoever can complete the replacement of the machine as soon as possible, can better grasp their own destiny.

"Mobile phone makers have stolen chip makers' chip capacity, and as a result, the new miner's capacity has been reduced and prices have risen." Miner Lao Zhao said.

Therefore, for mining machine manufacturers, 2020 is a year of life and death-only with enough funds to survive.

"This is also the reason why major mining machine manufacturers are vying for listing in 2019." Lao Zhao said.

On January 2, Jia Nan Yunzhi issued an open letter. In the letter, Jia Nan Yunzhi CEO Zhang Nanxun stated that the company will continue to launch AI products and build a platform business model based on hardware products. It plans to use the core hardware including blockchain and AI chips to create MaaS and SaaS platforms.

"It is not difficult to see from Jia Nan's open letter that the development of a new profit model is the most urgent need of mining machine manufacturers." Lao Zhao told a blockchain.

Affected by the halving of bitcoin production, mining pools and mining machine service providers are also facing a life-and-death test in 2020.

"The impact of halving on the mining pool is also relatively large." Shenyu, the co-founder of Yuchi, said in a media event recently.

He pointed out that the business model of the mining pool is to provide stable mining services to miners and charge a fixed percentage of service fees. Since the amount of bitcoin mined is reduced by half, the absolute profit of the mining pool will also be halved.

In 2020, whether it is the mining circle or the entire digital currency industry, inflection points are emerging.

A new round of shuffling is approaching, and there is already a tense atmosphere in the air.

The knockouts will be out and the survivors will laugh to the end.

Tom Lee: Another sign that the winter is coming to an end is that the market is not affected by the Tether incident.

Decentralized lending platform Dharma has difficulty in withdrawing coins, and the contract code has been closed.